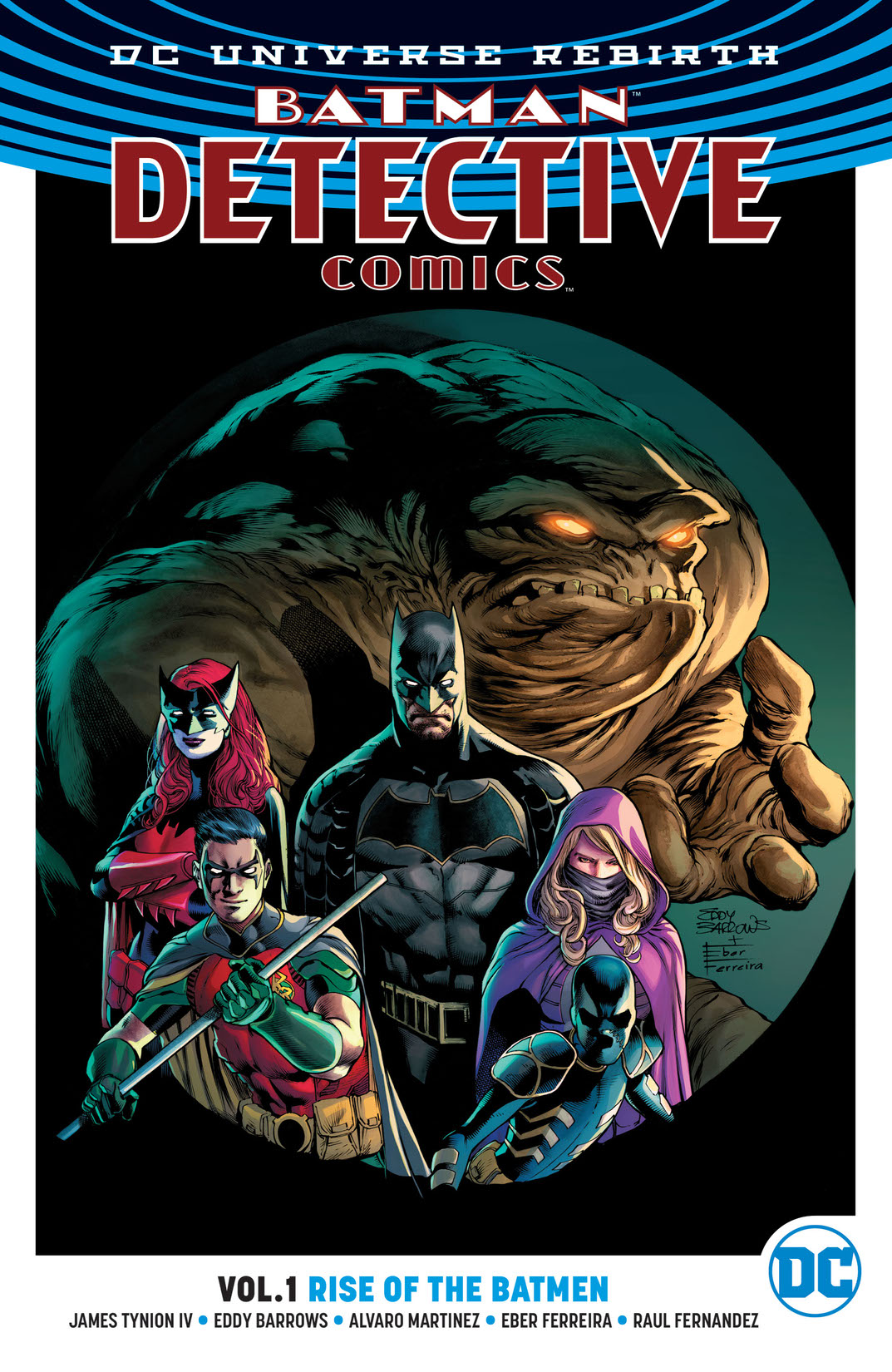 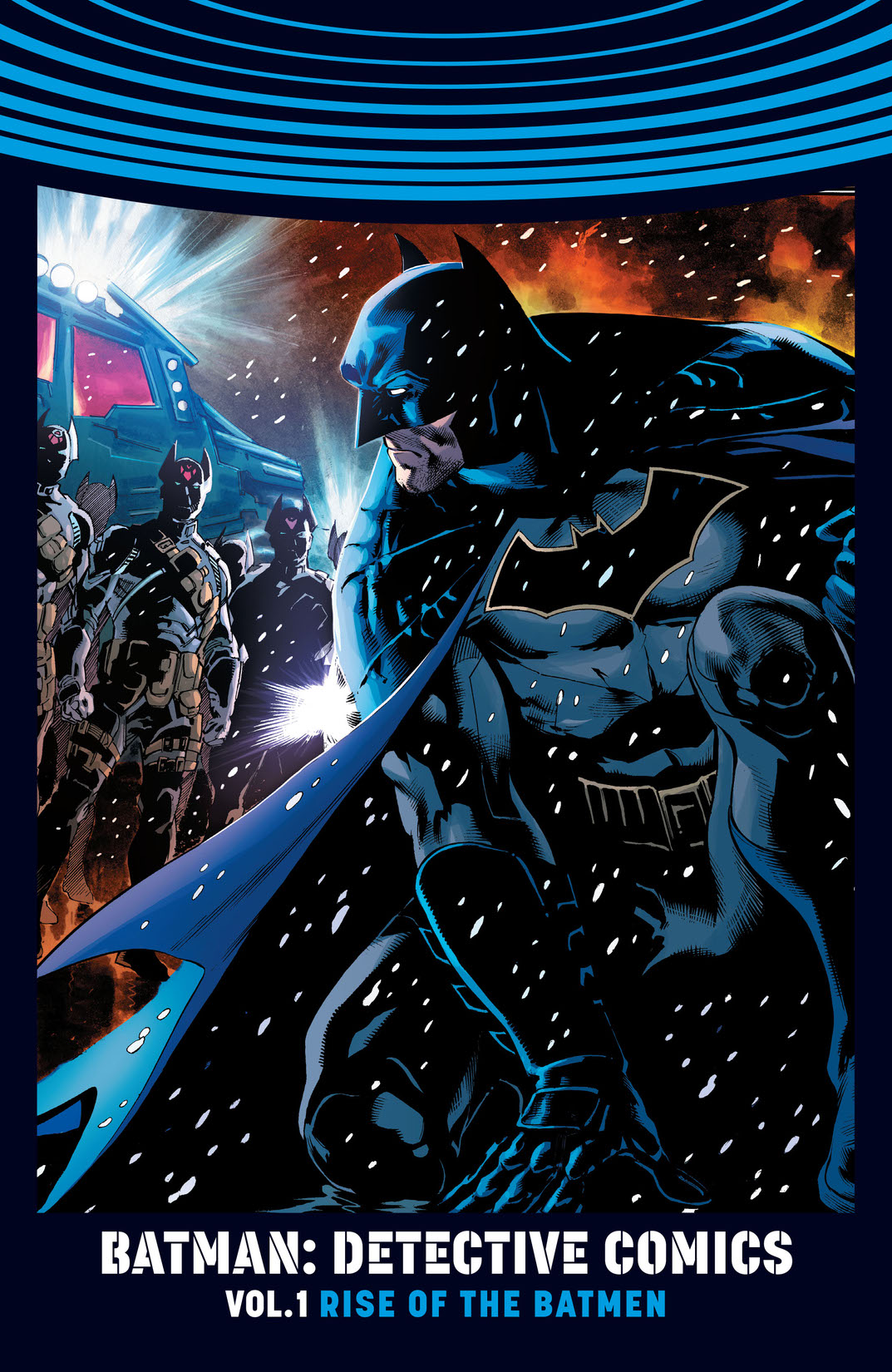 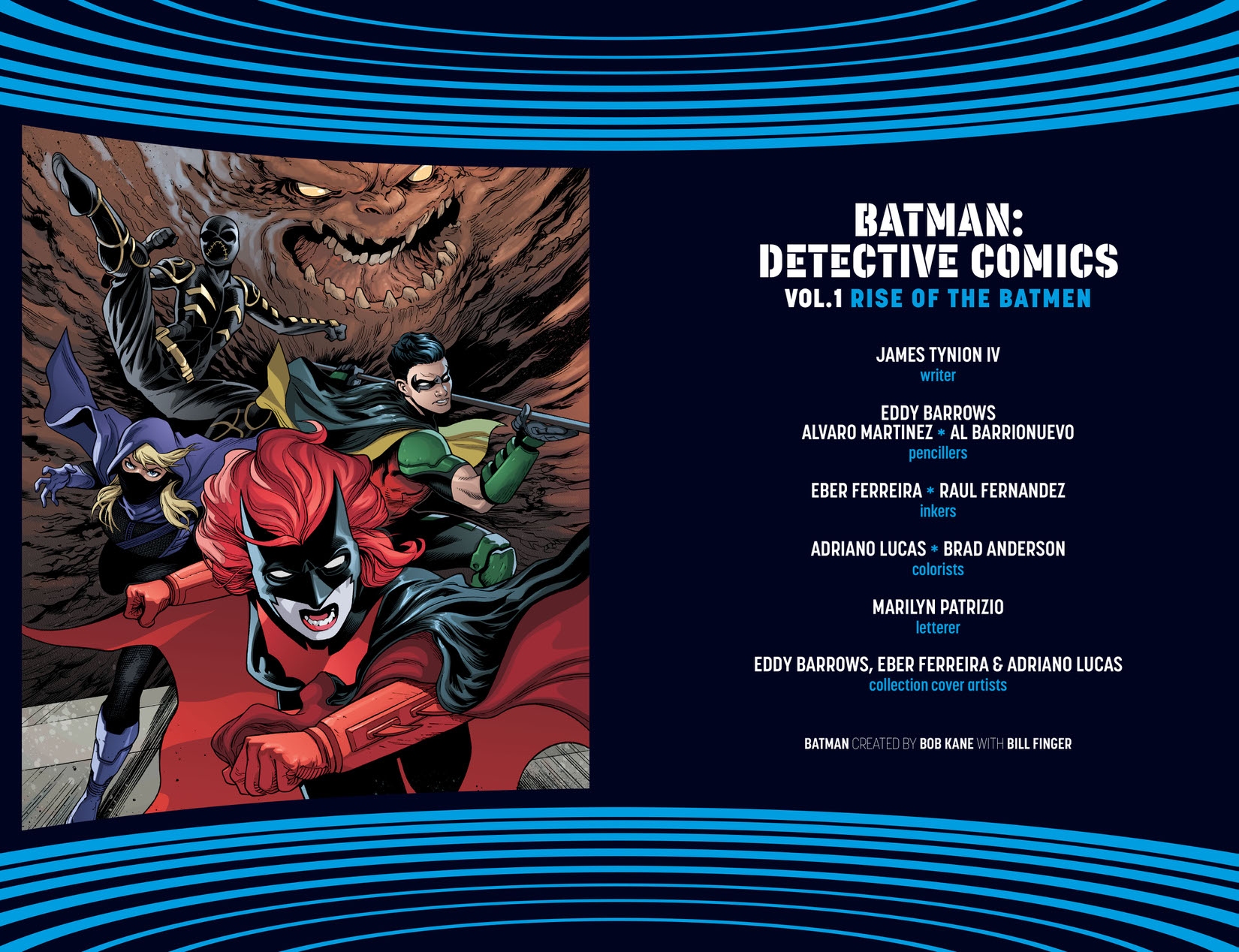 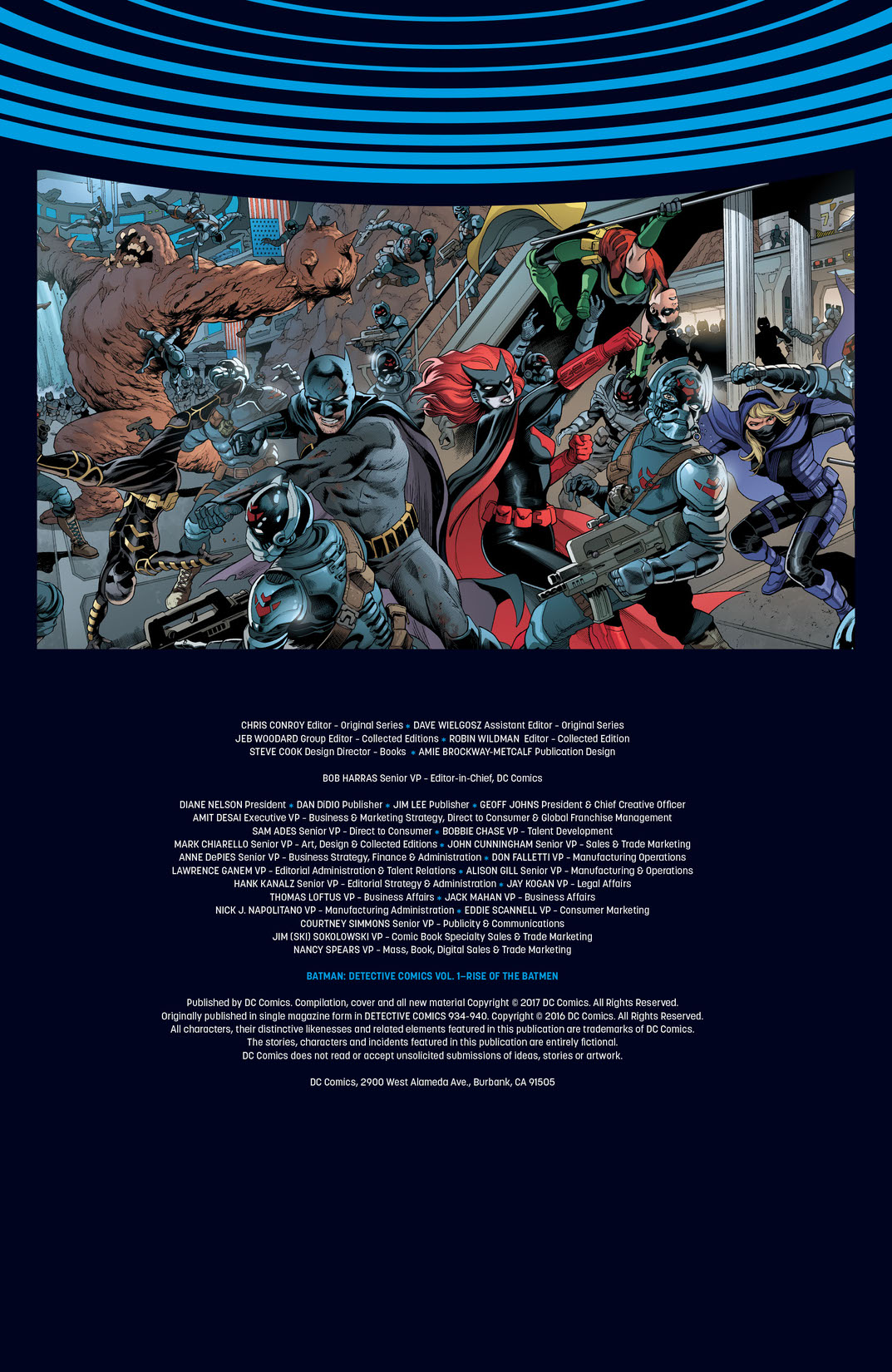 An elite fighting force modeled after the Dark Knight has invaded the streets of Gotham. Their armor, weaponry and surveillance equipment are based on Batman’s tech and tactics, but they’re far beyond anything he’s ever seen. And while these Batmen’s motives remain a mystery, their targets are all too clear…    They’re gunning for Gotham’s vigilantes.   Batman knows he can’t face this foe alone, and neither can the crime-fighters caught in the crossfire. So with Batwoman—secretly Bruce Wayne’s cousin, Kate Kane—as his general, he’s organizing the next generation of Gotham heroes into an army.   Tim Drake, a.k.a. Red Robin. Stephanie Brown, a.k.a. Spoiler. Cassandra Cain, a.k.a. the Orphan. And reformed criminal Basil Karlo, a.k.a. Clayface. These are the shock troops in Batman and Batwoman’s war. When they finally see the face of their true enemy, will they stand together…or fall apart?   Find out in BATMAN: DETECTIVE COMICS VOL. 1: RISE OF THE BATMEN, a great jumping-on point for new readers! This masterful high-octane thriller from writer James Tynion IV (BATMAN AND ROBIN ETERNAL) and artists Eddy Barrows (NIGHTWING) and Alvaro Martinez (Ultimate Comics X-Men) explodes from the blockbuster DC Rebirth event! Collects DETECTIVE COMICS #934-940.