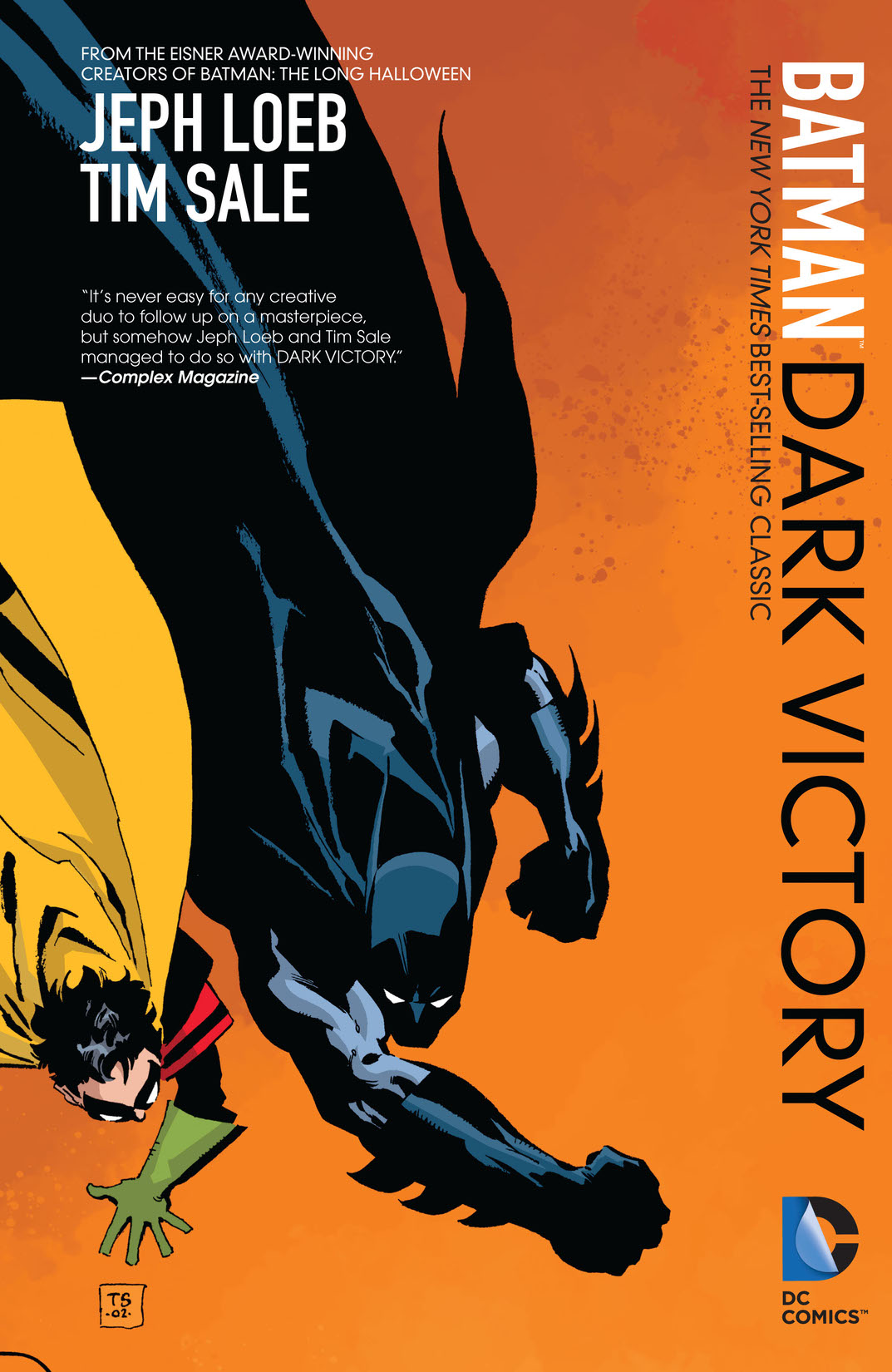 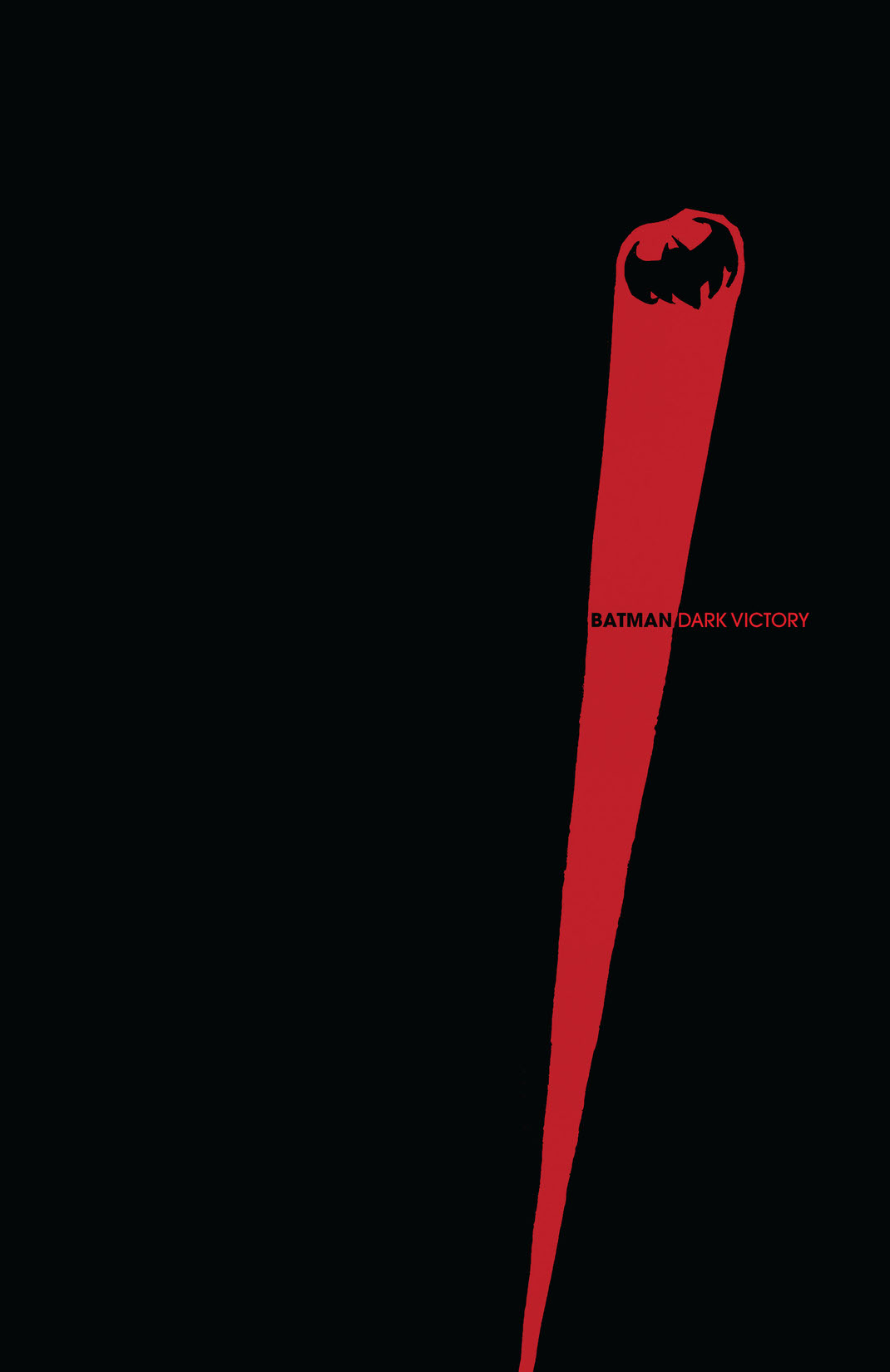 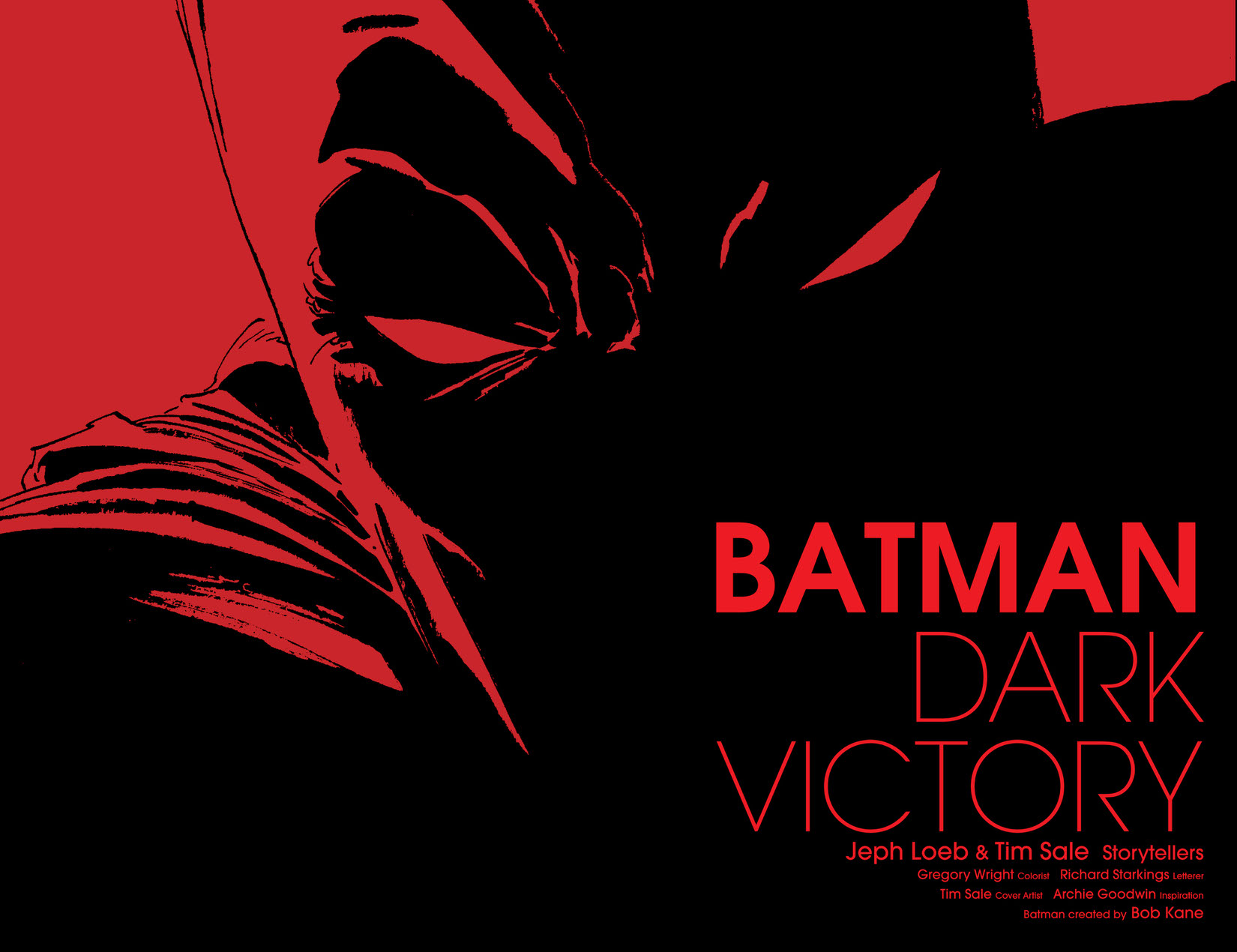 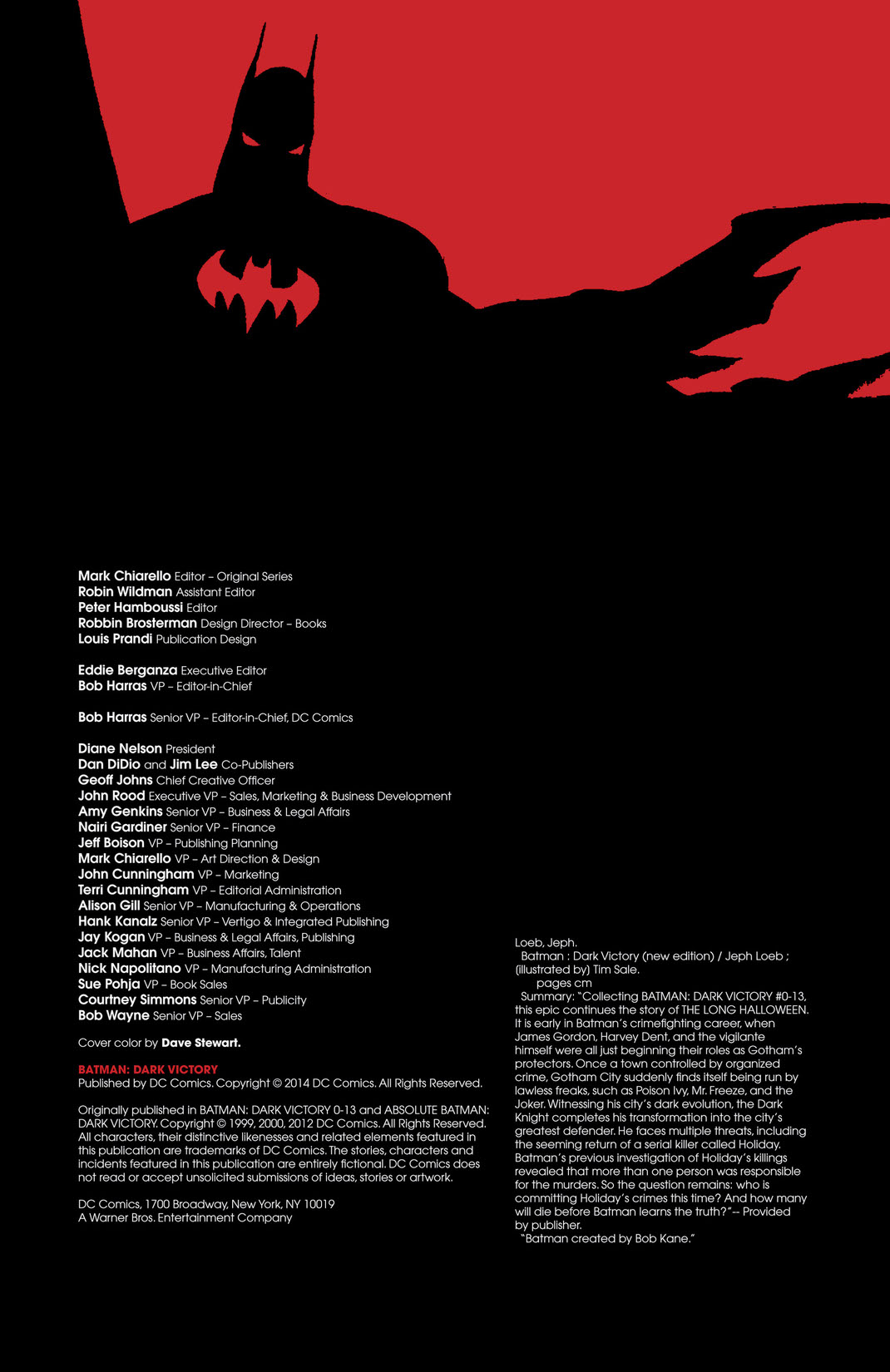 Collecting BATMAN: DARK VICTORY #0-13, this epic continues the story of THE LONG HALLOWEEN. It is early in Batman's crimefighting career, when James Gordon, Harvey Dent, and the vigilante himself were all just beginning their roles as Gotham's protectors.Once a town controlled by organized crime, Gotham City suddenly finds itself being run by lawless freaks, such as Poison Ivy, Mr. Freeze, and the Joker. Witnessing his city's dark evolution, the Dark Knight completes his transformation into the city's greatest defender. He faces multiple threats, including the seeming return of a serial killer called Holiday. Batman's previous investigation of Holiday's killings revealed that more than one person was responsible for the murders. So the question remains: who is committing Holiday's crimes this time? And how many will die before Batman learns the truth?