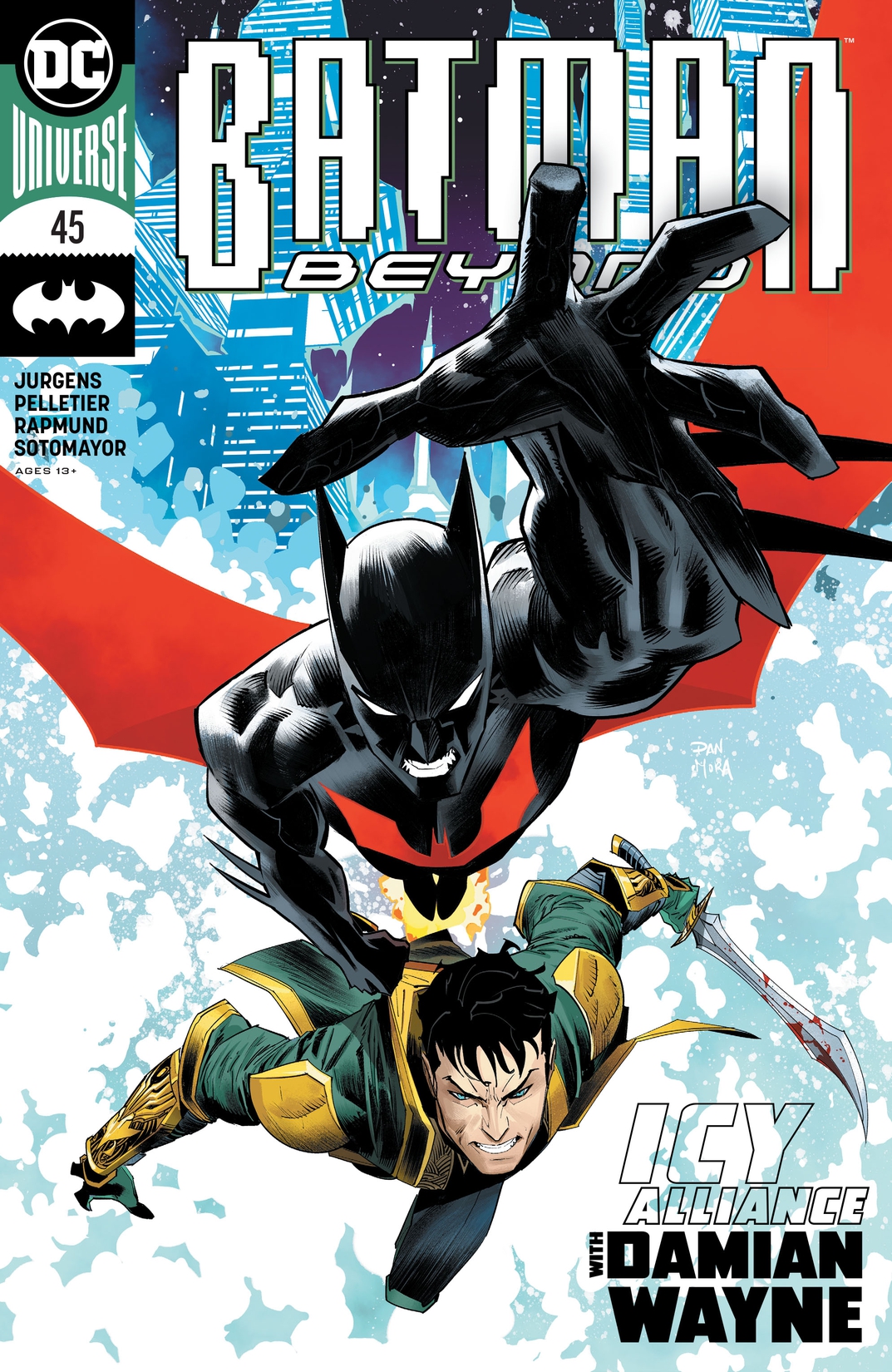 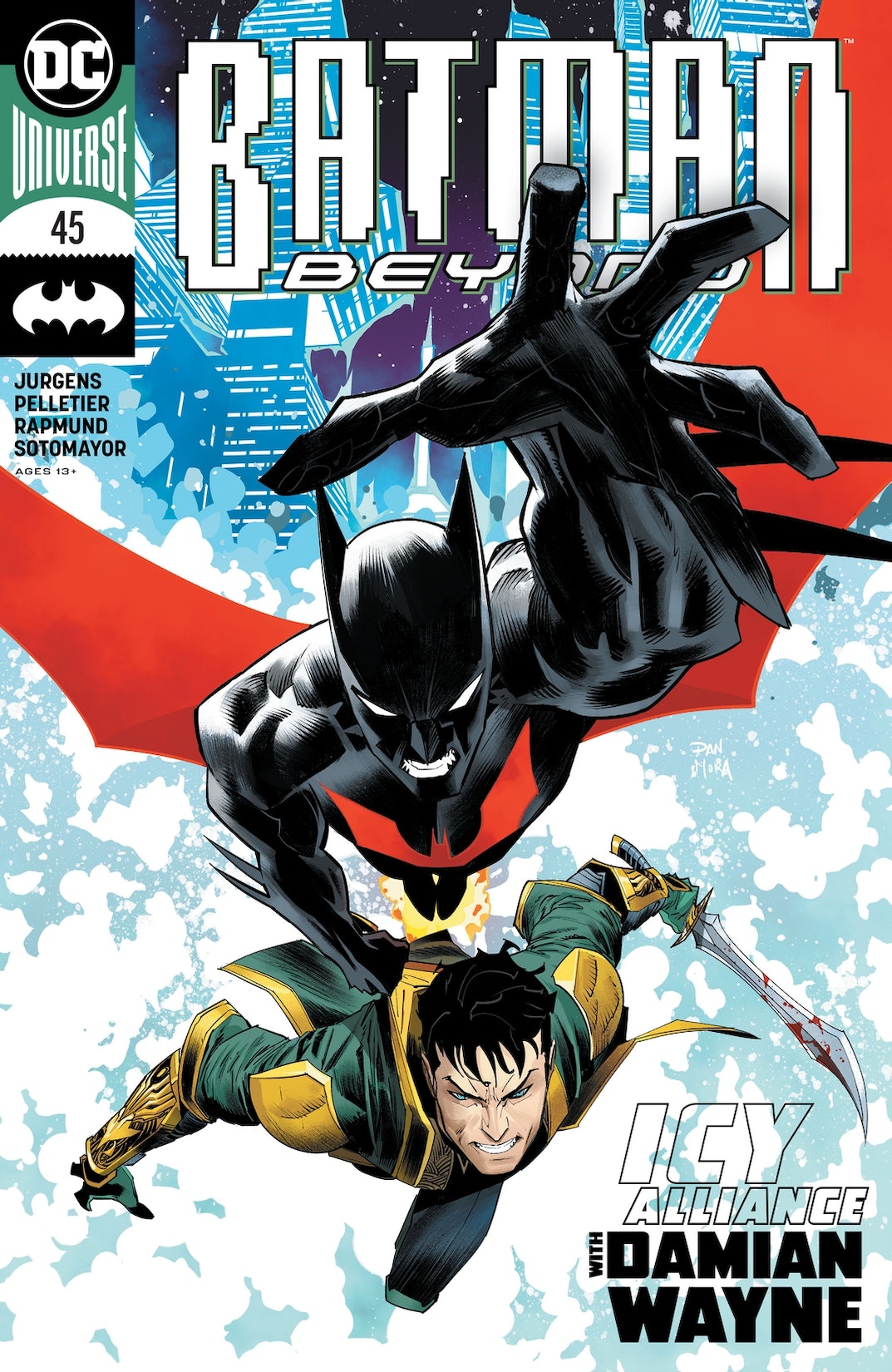 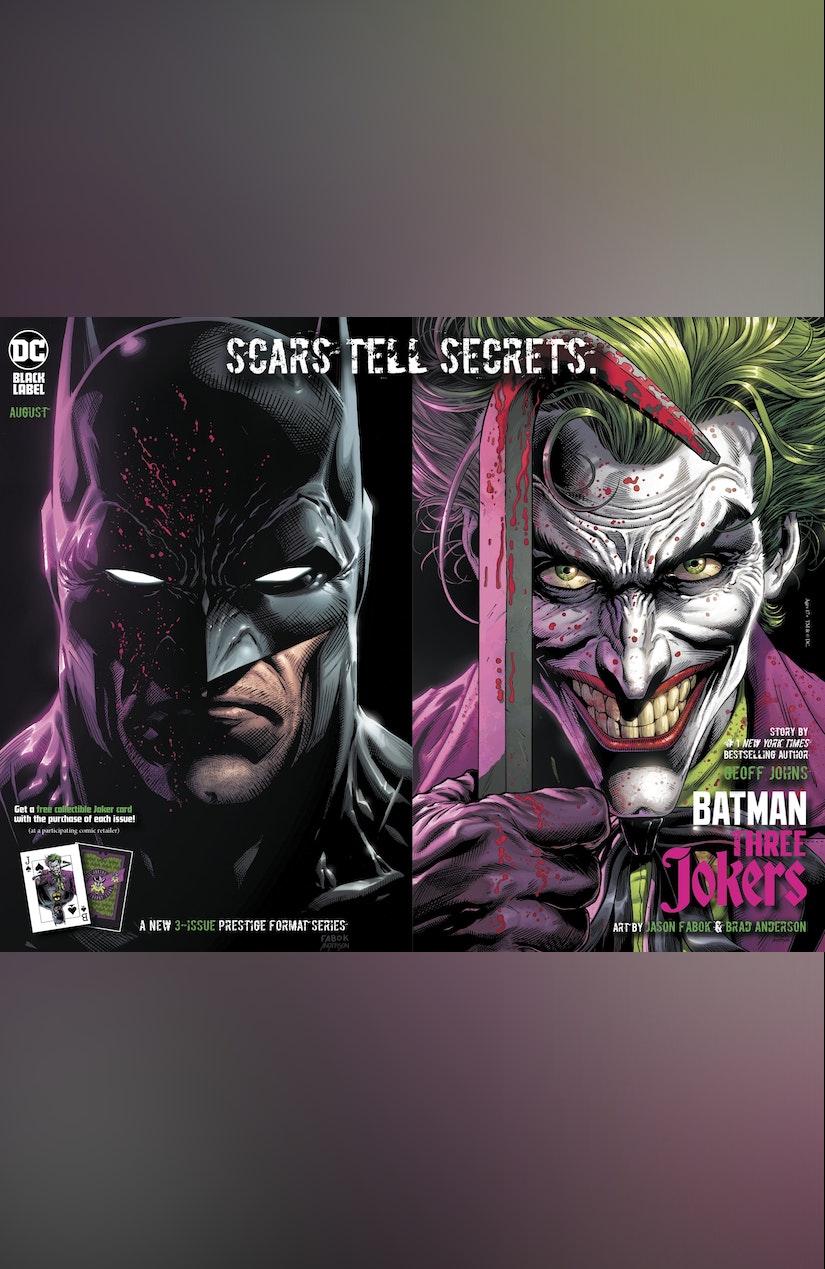 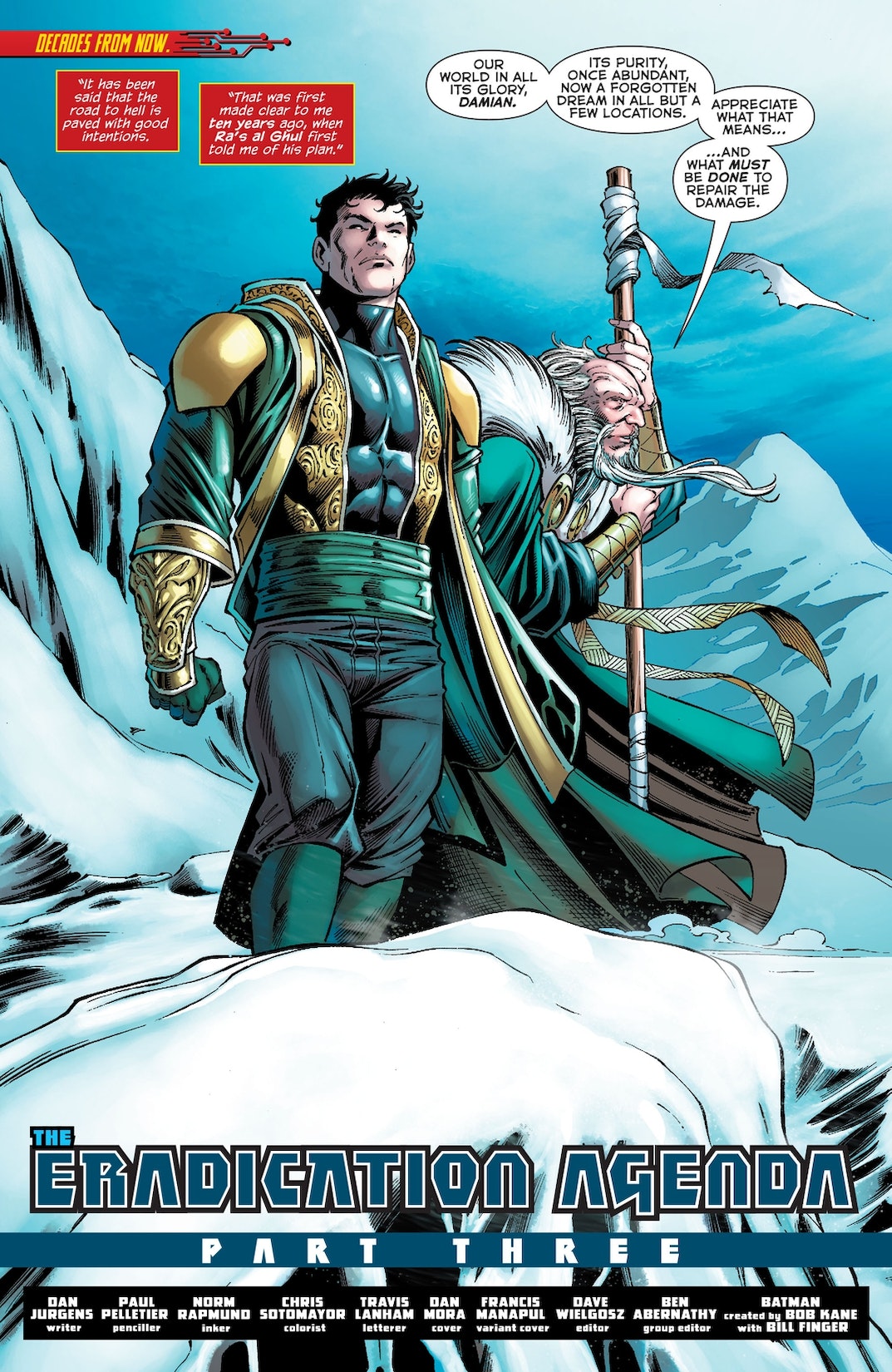 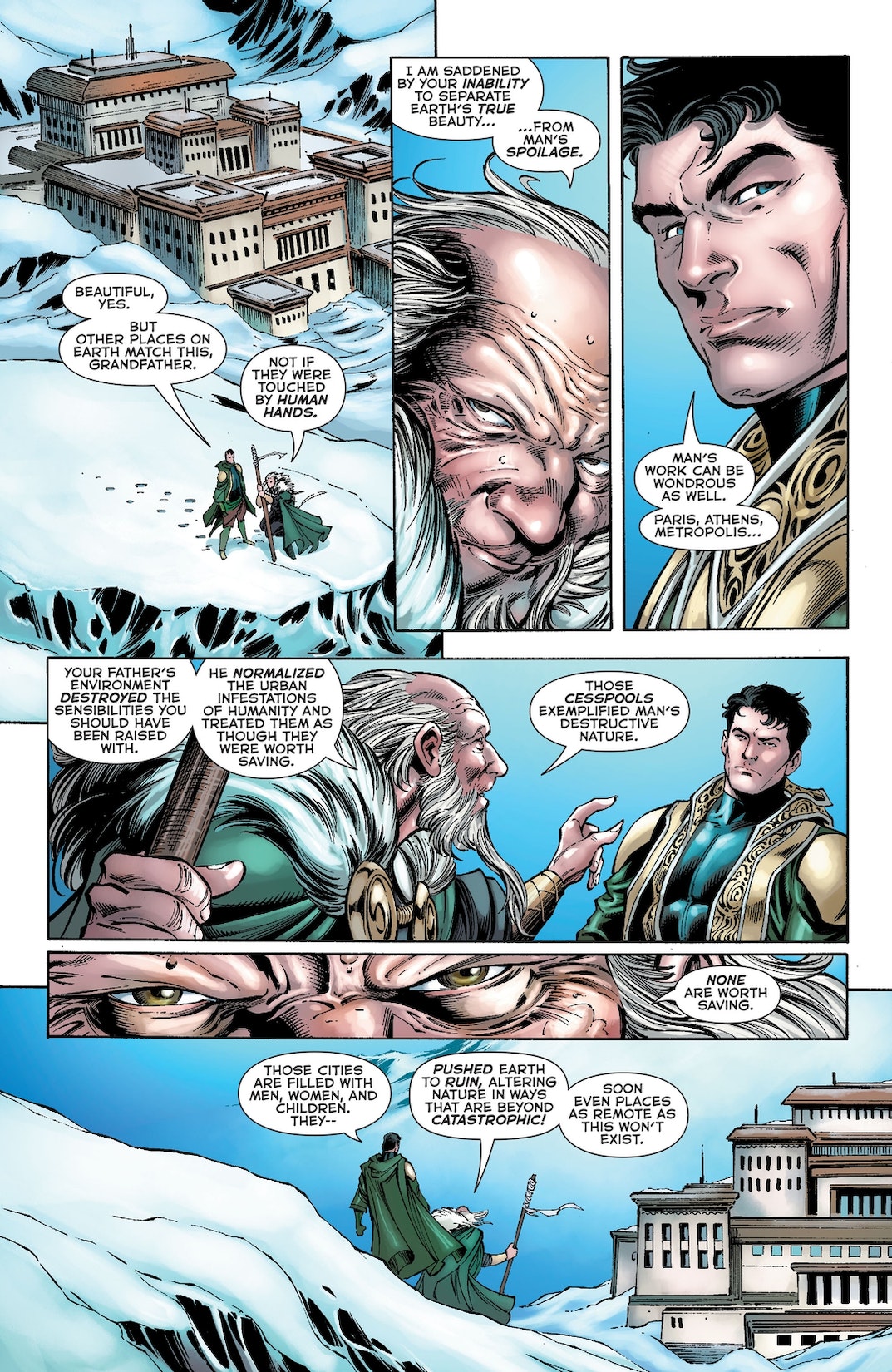 Batman Beyond and Damian Wayne are going to have to join forces in order to stop Mr. Zero and his radical faction from turning Gotham City into an ice-covered hellscape. Damian will have to put his disrespect for the “pretender” that is Batman Beyond aside if they’re going to stop this mutual foe-and even then Mr. Zero’s power and influence might prove too much for this pair!