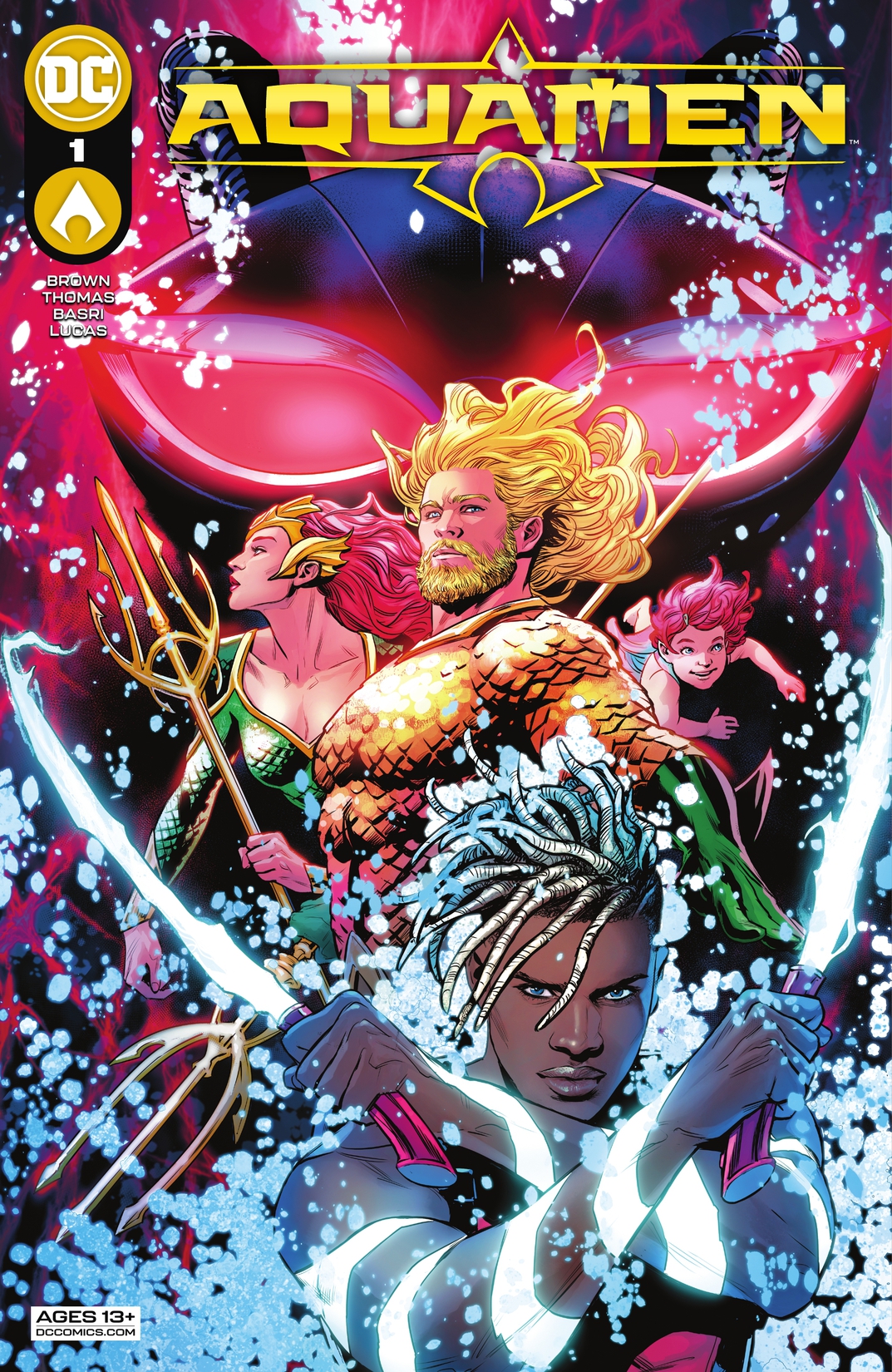 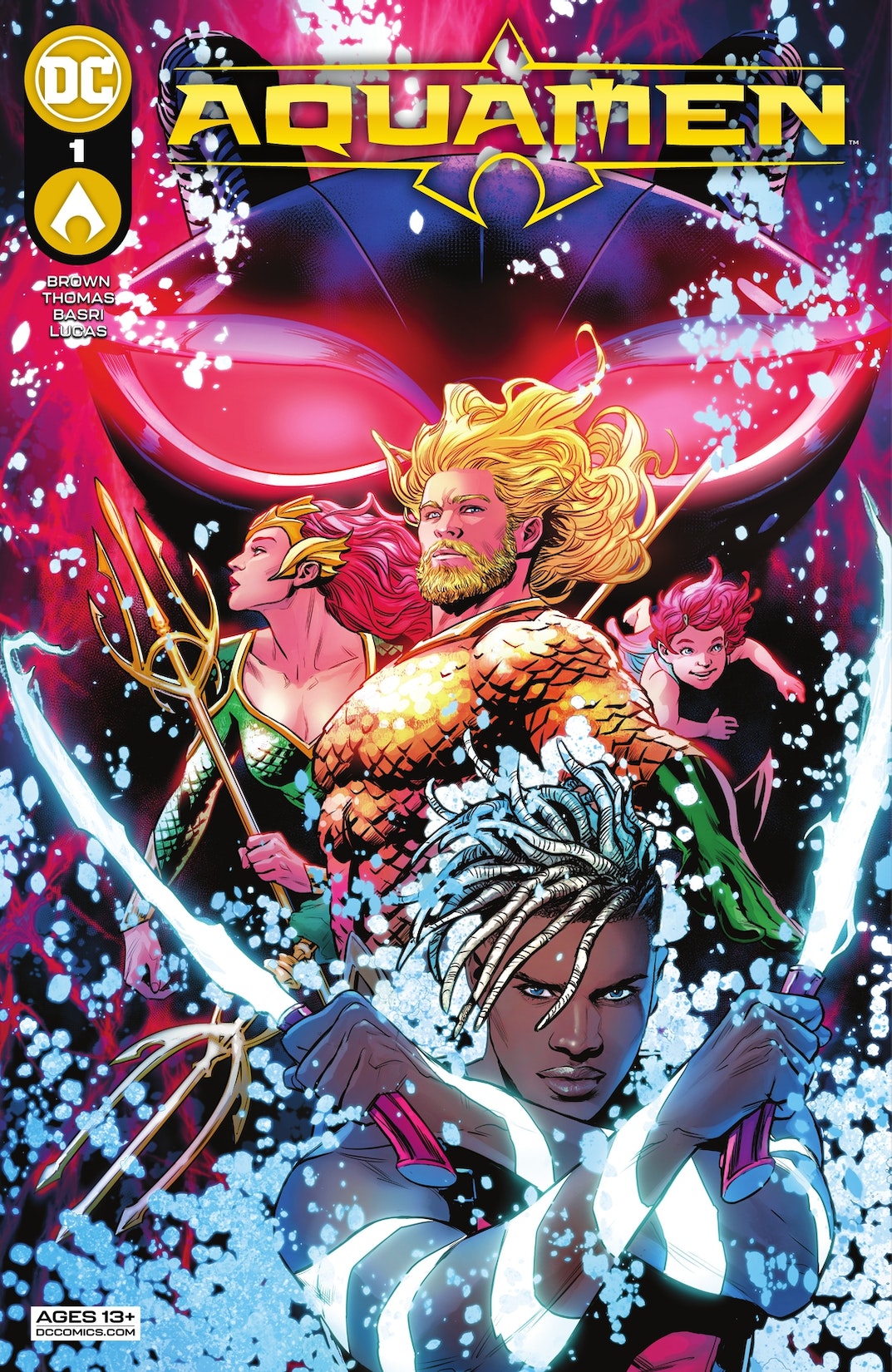 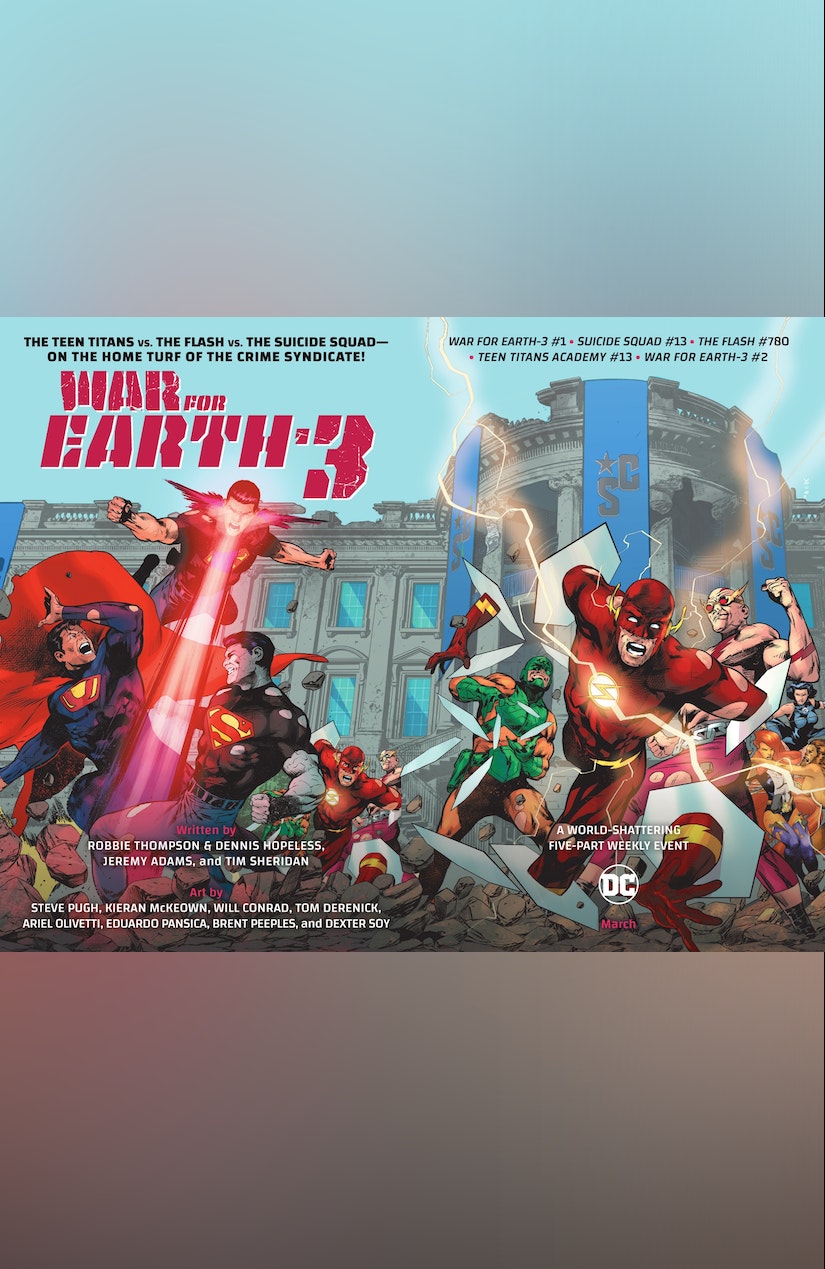 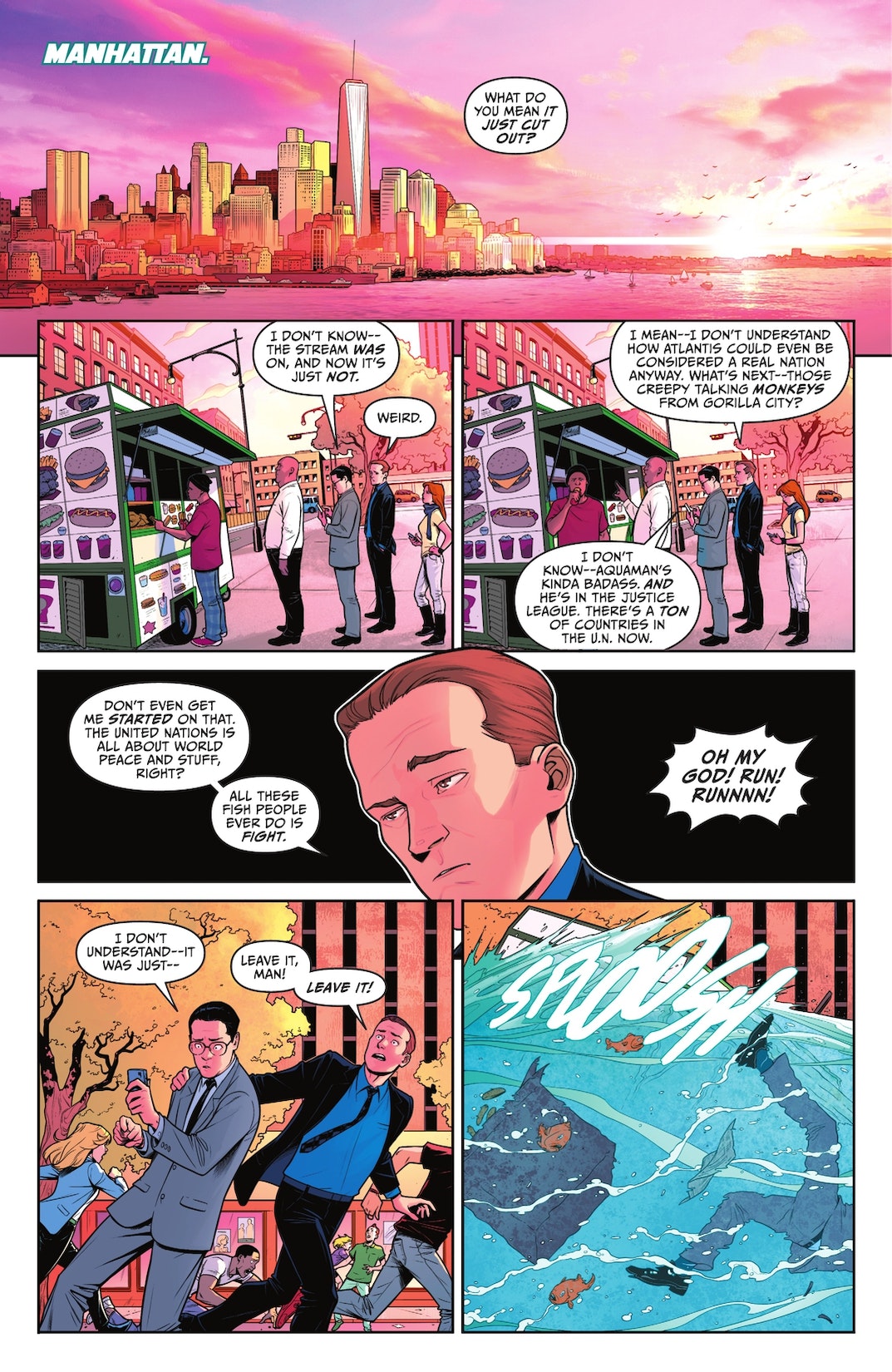 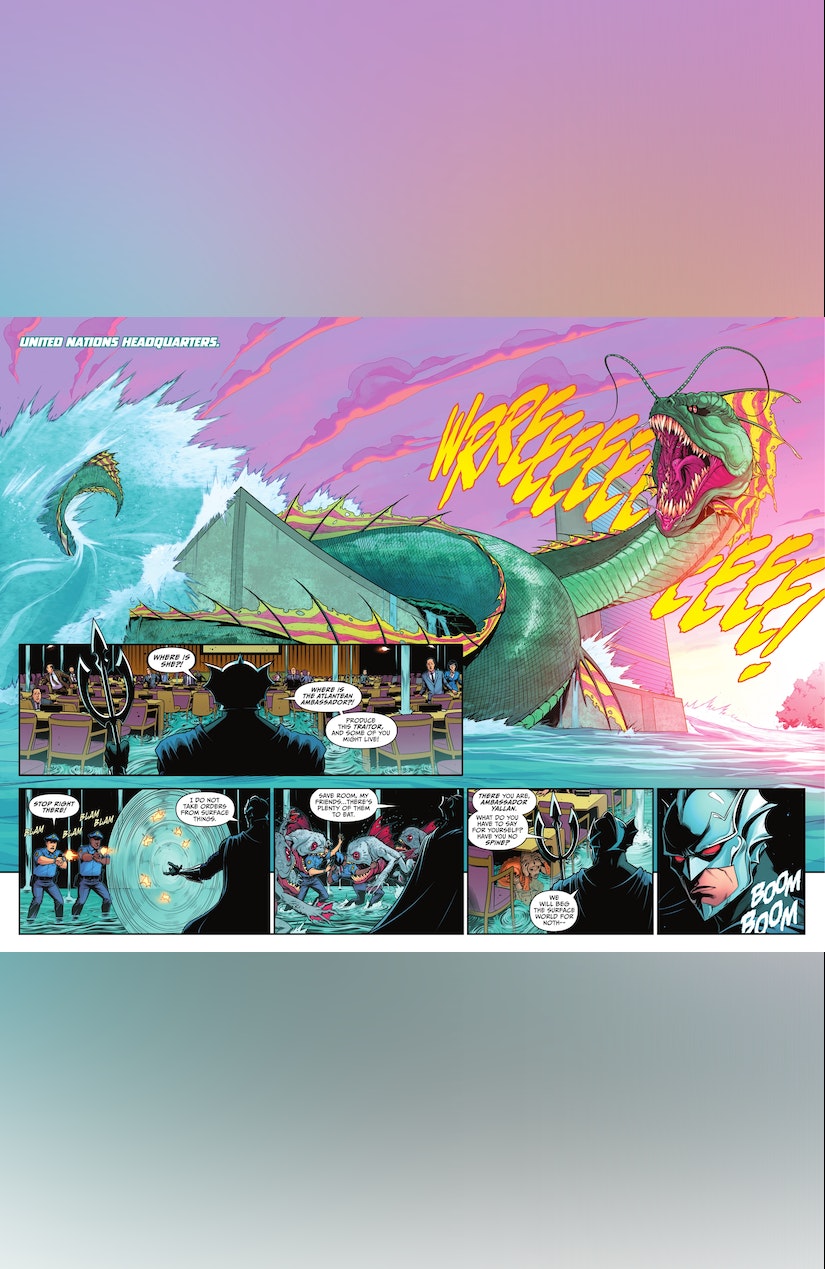 Dive deeper following the thrilling conclusions of Aquaman: The Becoming and Black Manta! When a terrorist in Middle America is revealed as an Atlantean sleeper agent seemingly gone rogue, the Aquamen-Arthur Curry and Jackson Hyde-are on the case. But it soon becomes clear that the tragedy was not just a single bad actor, but the beginnings of a much larger and more dangerous chain reaction…and the heart of an explosive Atlantean conspiracy! If Arthur’s not careful, the secrets he’s keeping-from Mera, Tula, Tempest, Atlantis, the surface, and even Jackson-could cause a rift from which the Aquamen might never recover!