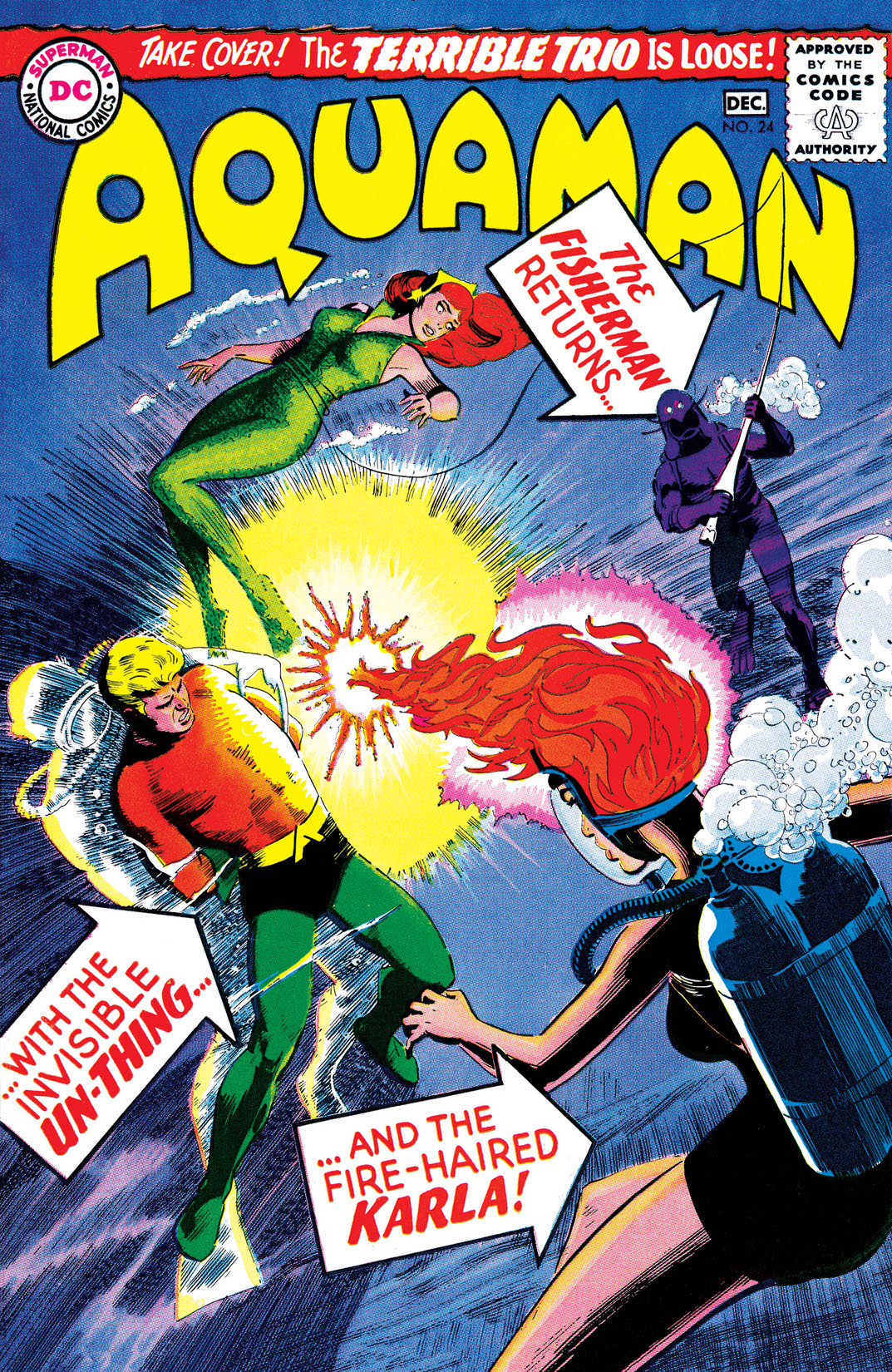 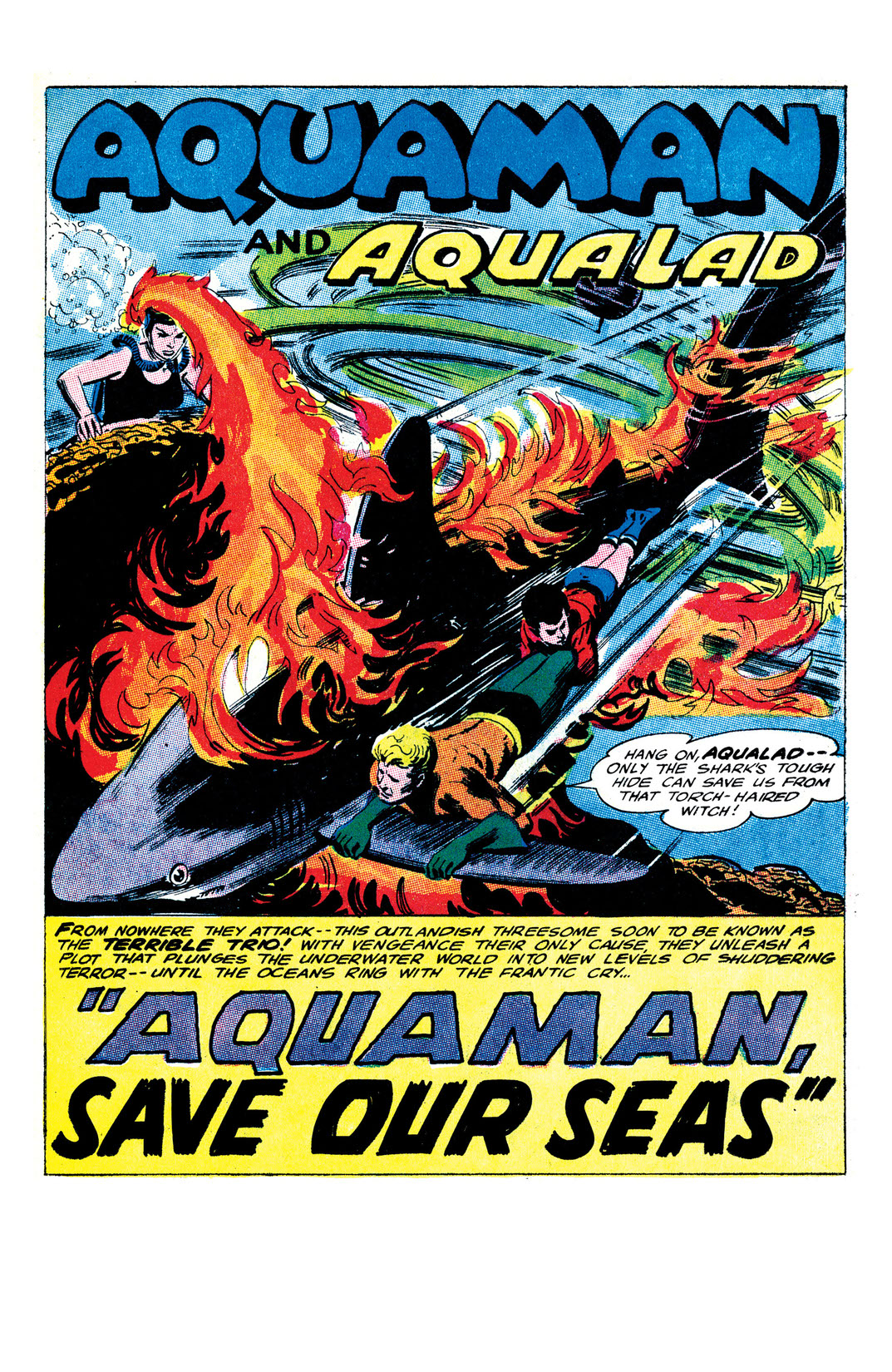 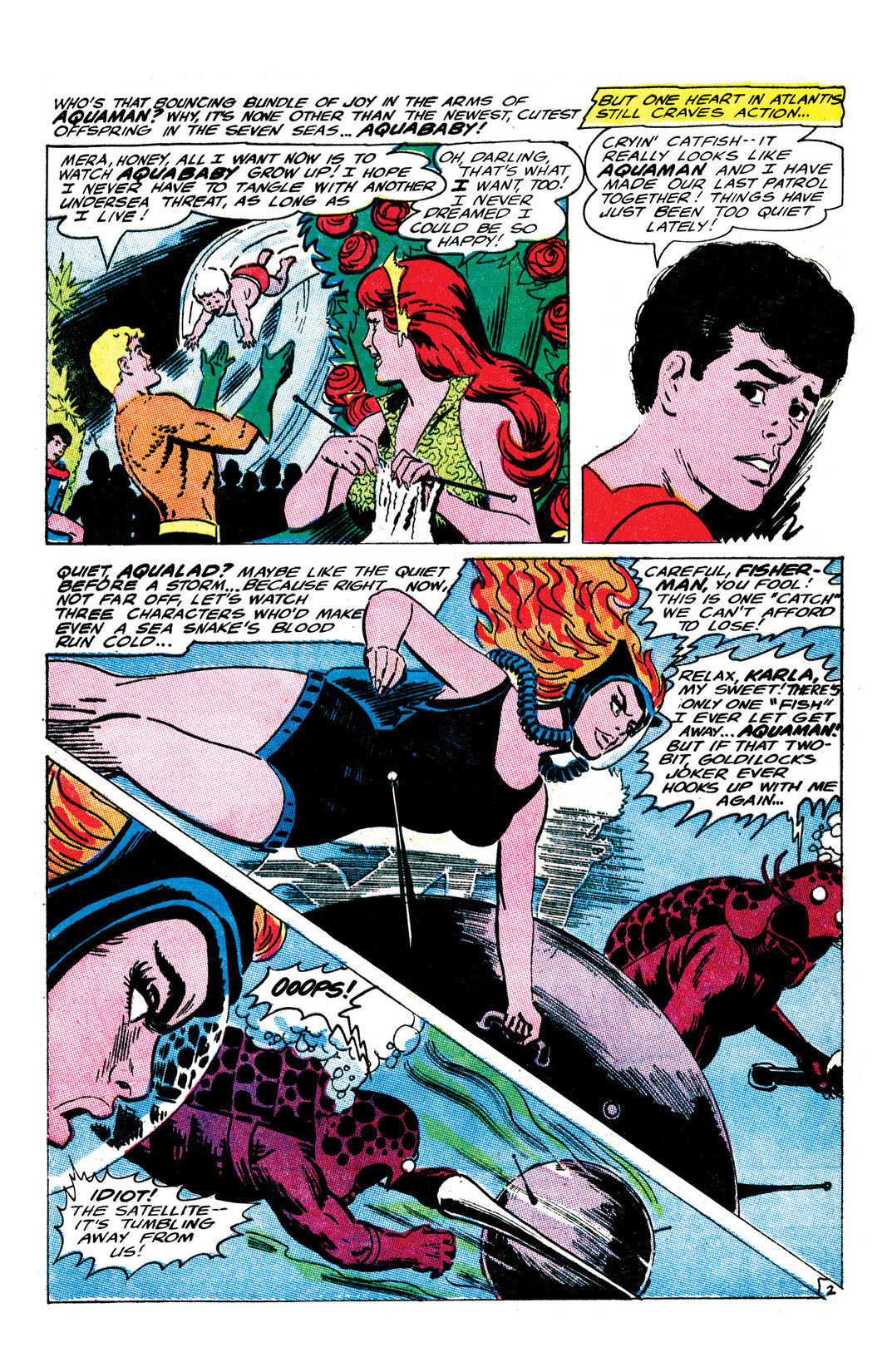 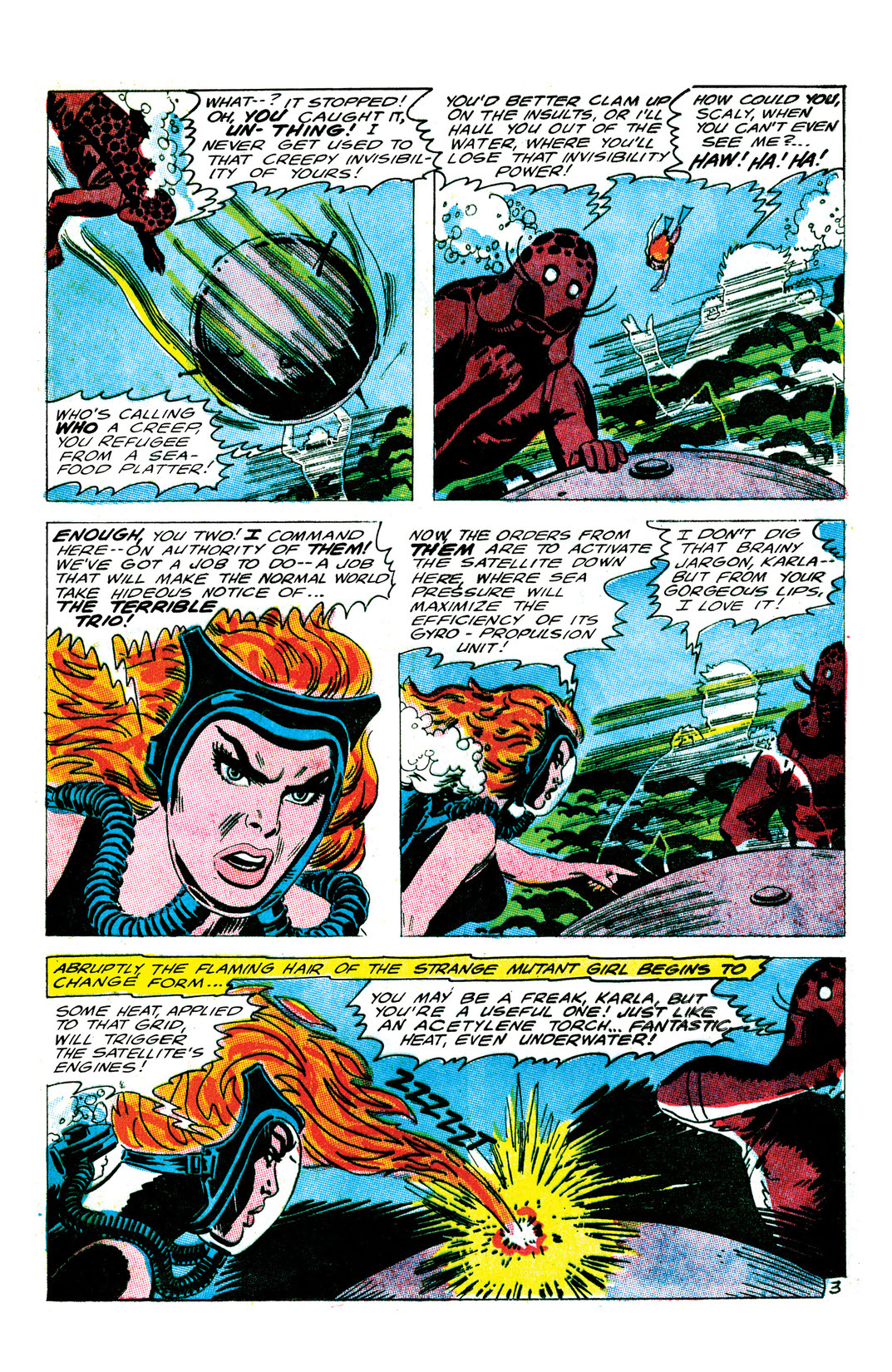 Two alien invaders in a flying saucer wish to conquer Earth for the expansion of their people, but since water is deadly to their race, they assemble a group of three super-villains—the Fisherman, fire-haired Karla and the invisible Un-Thing, known collectively as the Terrible Trio—to help them steal the seas from Earth with a satellite’s power. The Terrible Trio run afoul of Aquaman, Aqualad and Mera, but later ally themselves with the heroes against the aliens, who are destroyed by their own satellite. Aquaman turns the villains over to the authorities, but asks that they be lenient.