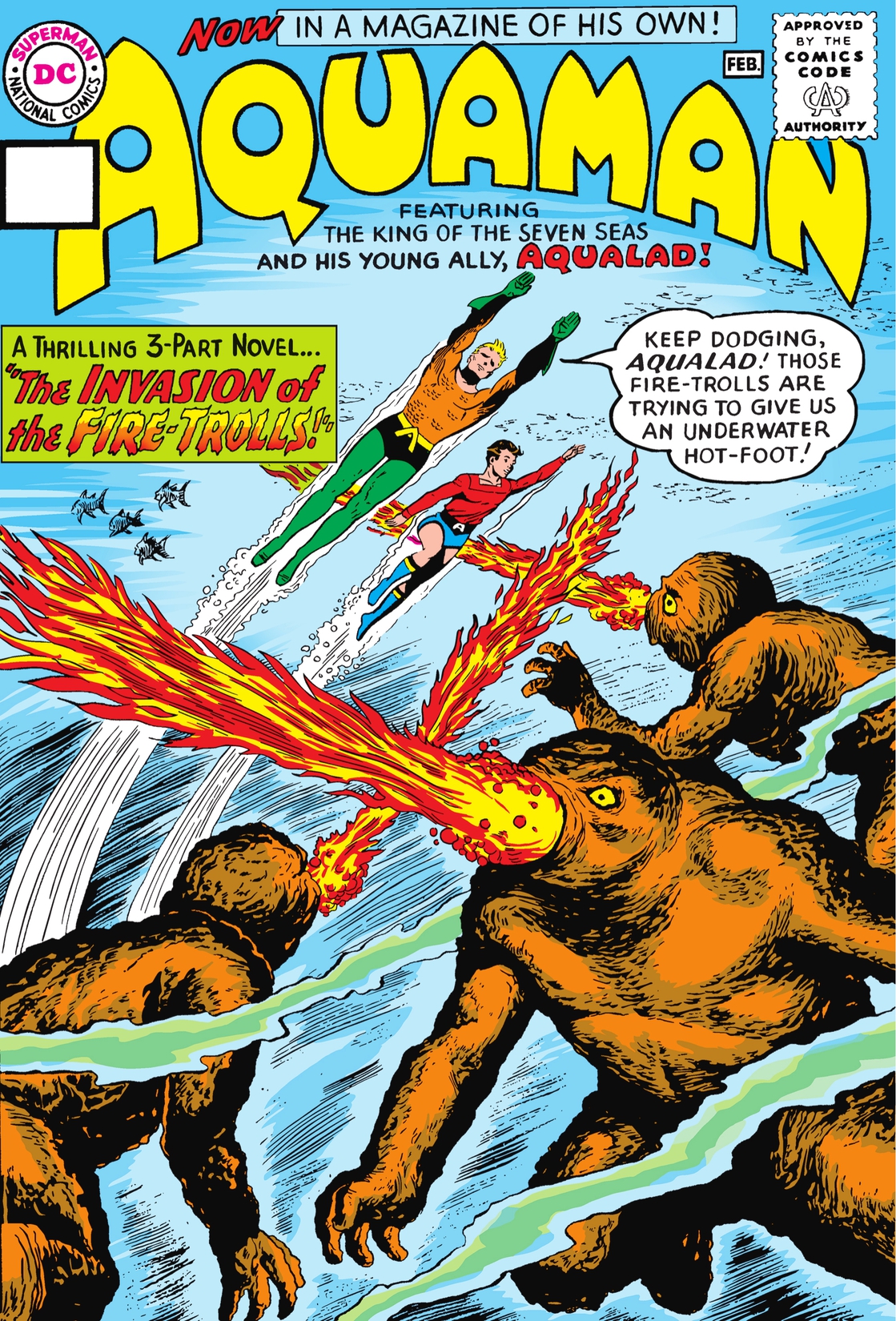 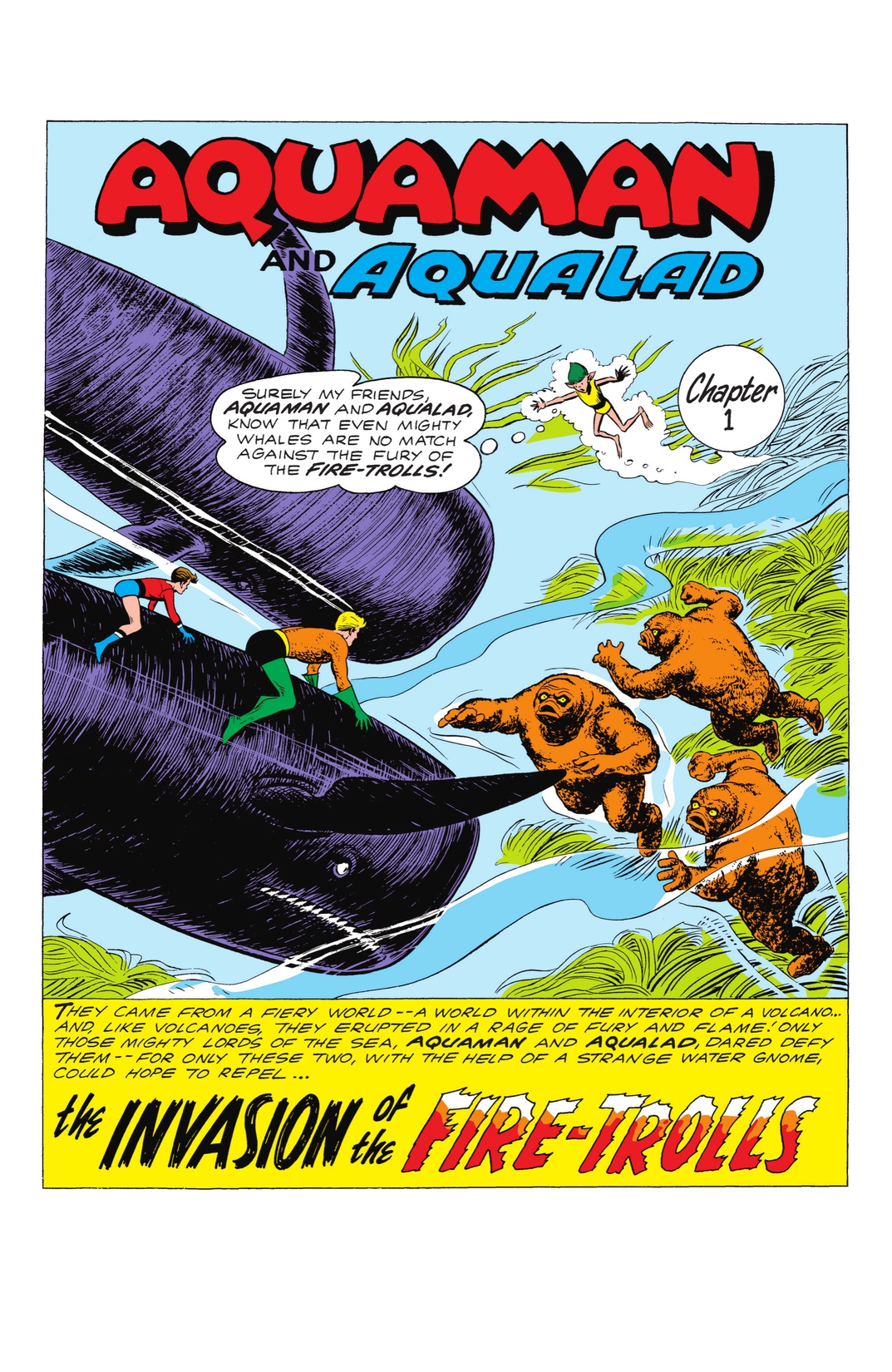 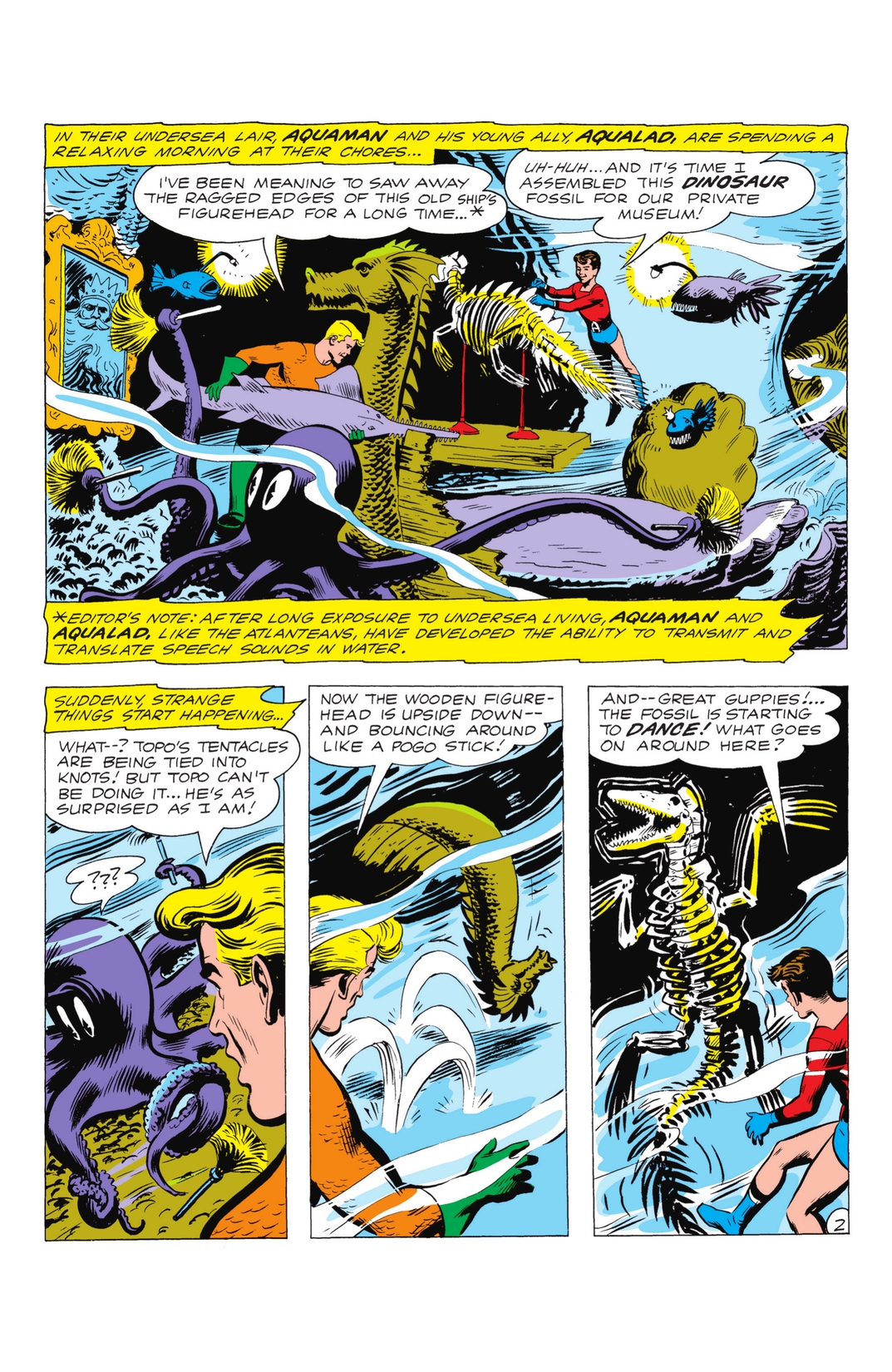 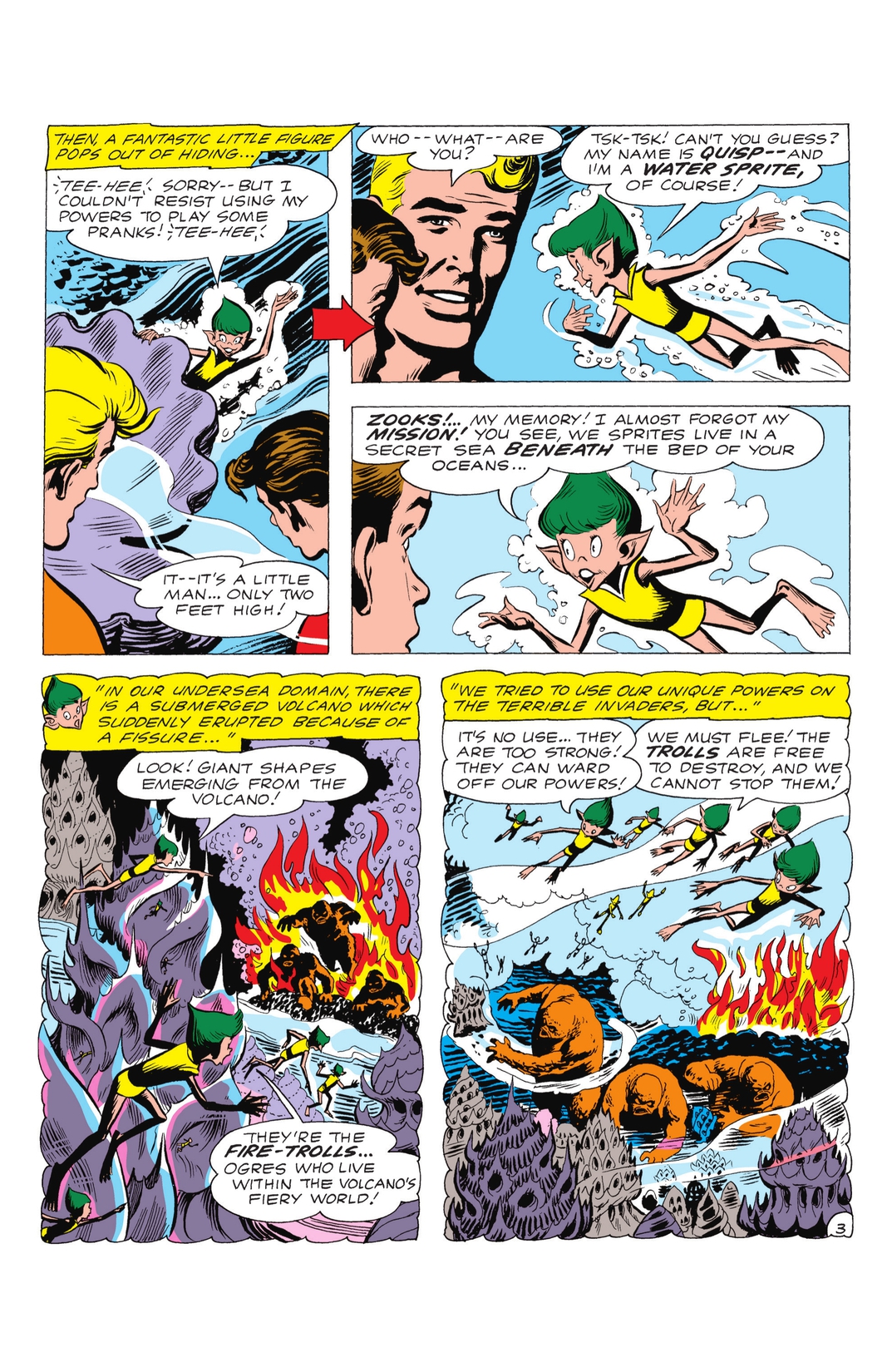 The King of the Seven Seas hurtles into his first-ever solo series! The arrival of a water sprite spurs Aquaman and Aqualad into action against the terrible fire trolls, who have broken free from an undersea volcano. Having destroyed the home of the sprites, they’re tearing their way through the oceans, and are heading straight for the surface!