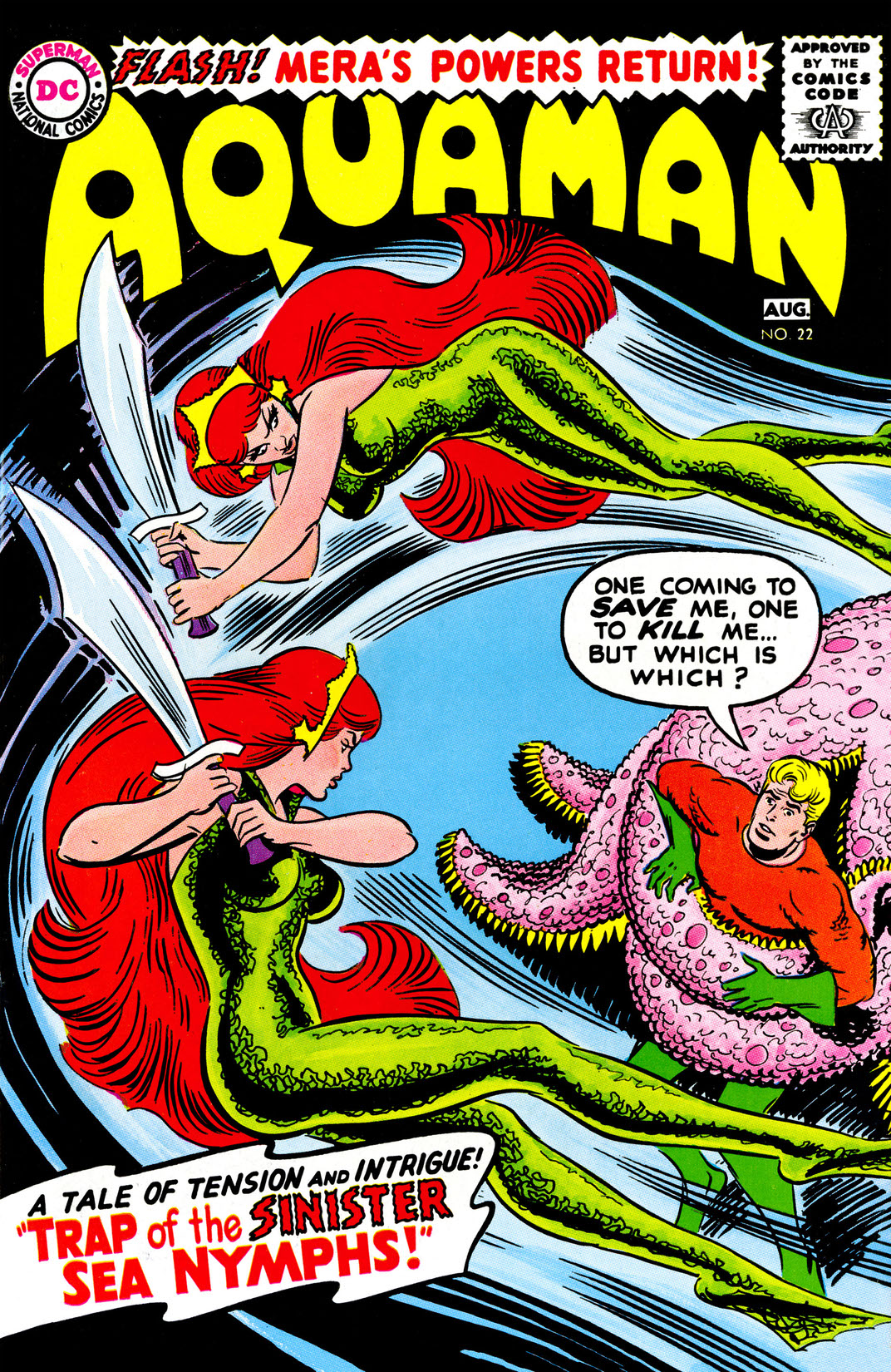 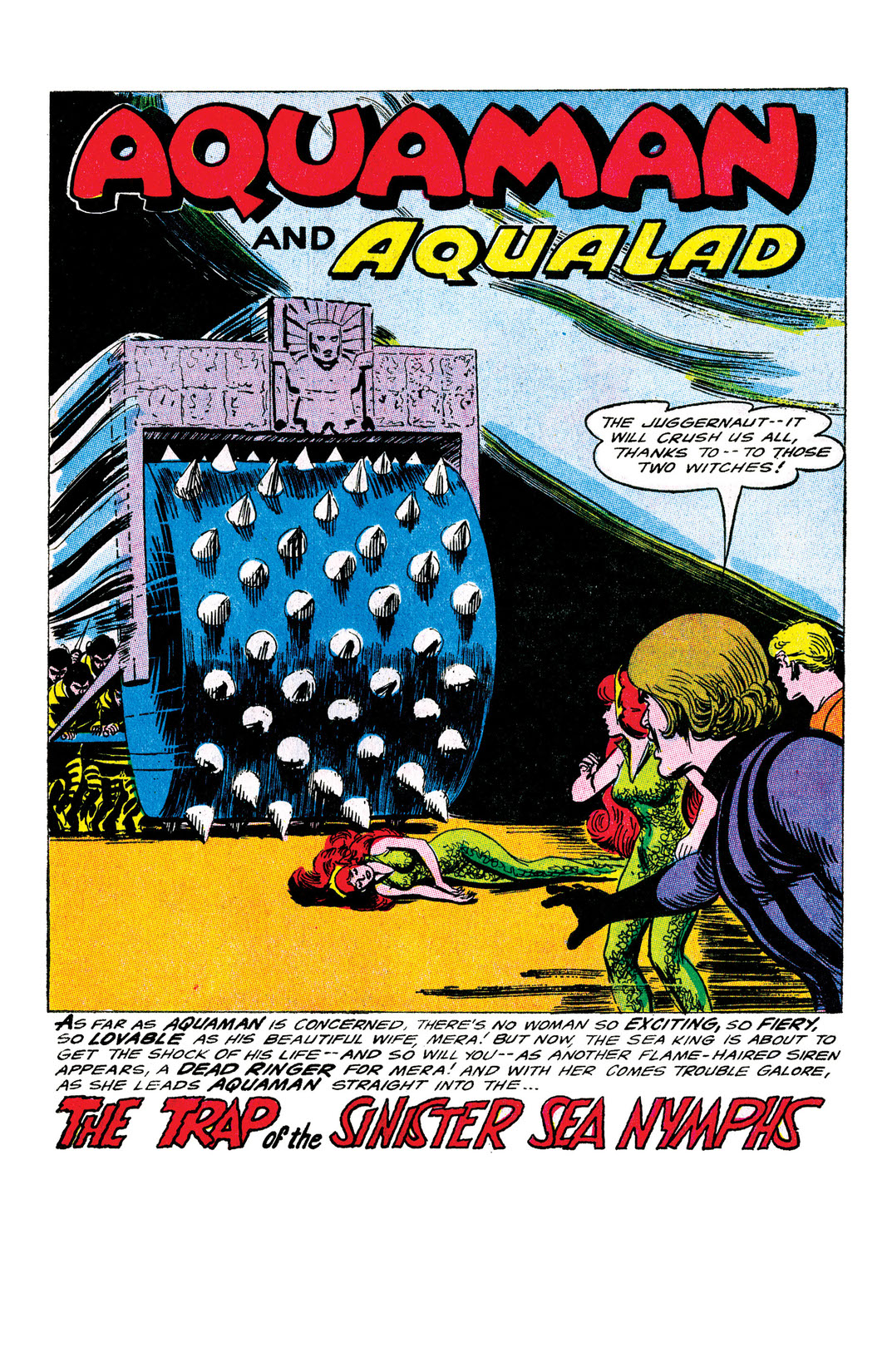 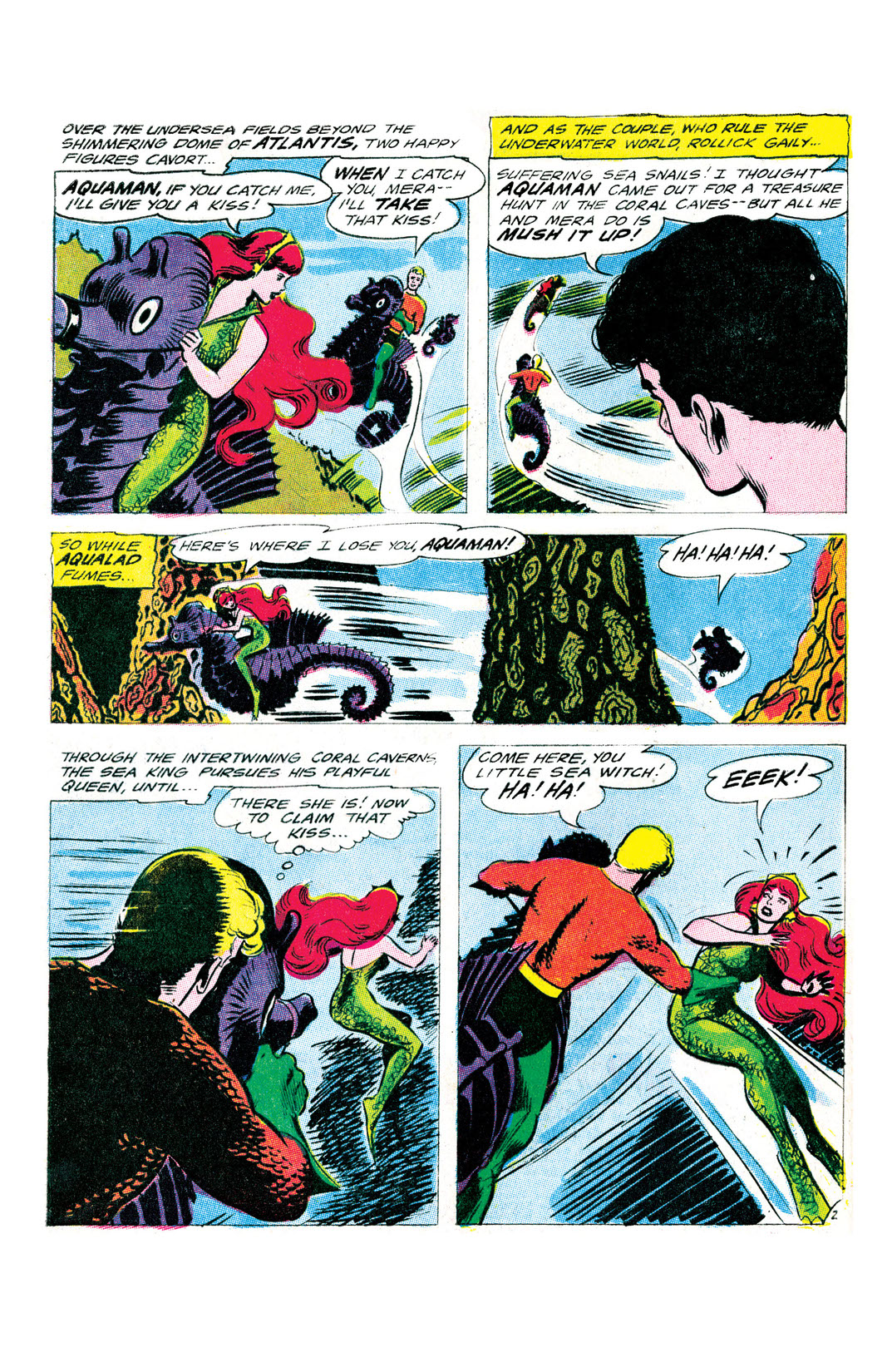 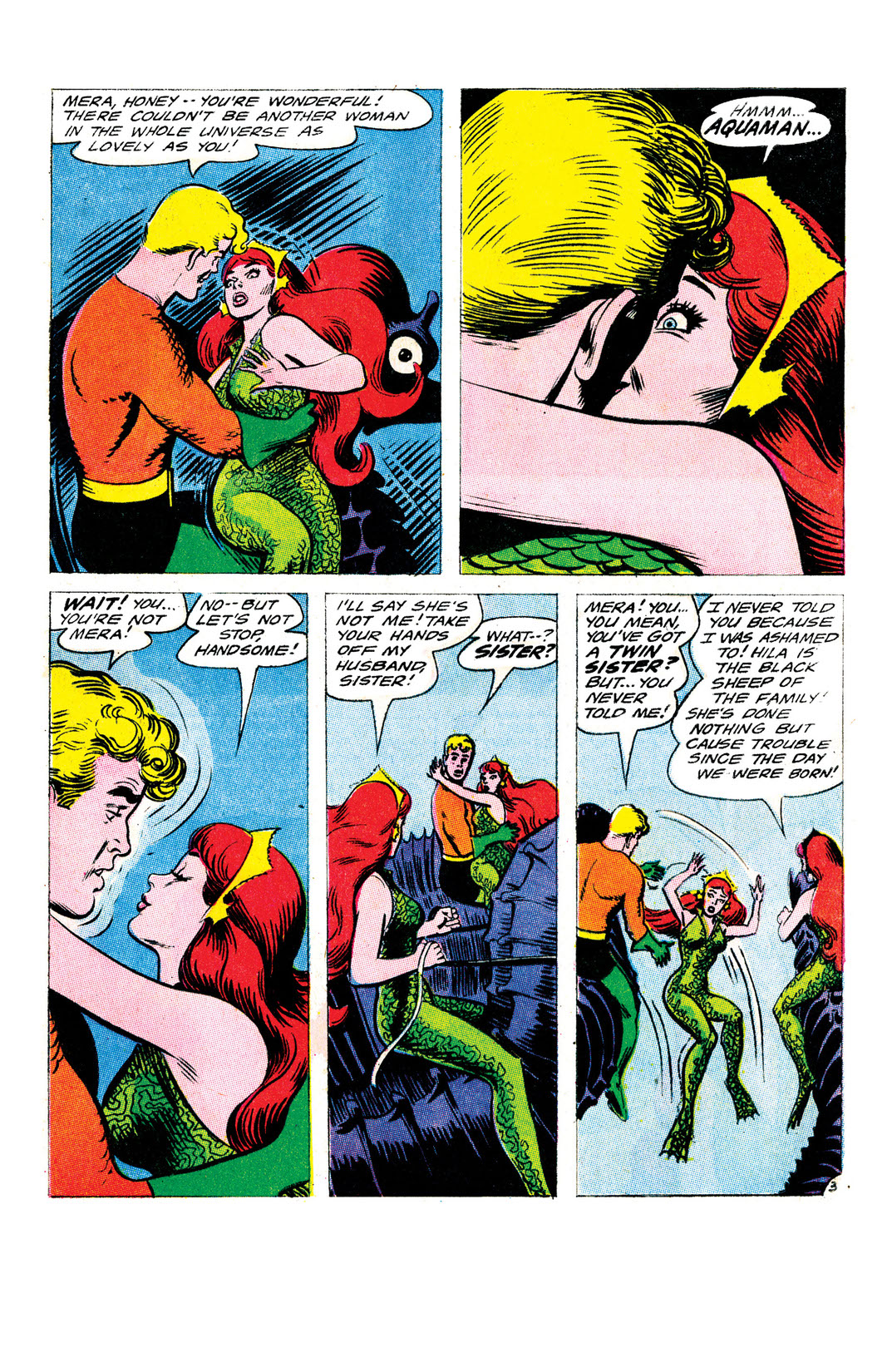 When Mera’s twin sister Hila is exiled with her lover Kandor for a crime that they did not commit, Kandor uses her to lure Aquaman into a trap to try to wrest from him the secret of the Seven Golden Eels. The Eels, when grasped, confer incredible powers on their holder. Aquaman refuses and runs a gauntlet of traps. Meanwhile, Mera’s water-shaping powers are restored by Professor Kreon of her extra-dimensional world. Eventually Kandor, Hila, Aquaman and Mera find themselves allied in battle against the menacing Armadillo Men. After their victory, they are approached by Aqualad, who tells them that Kandor and Hila have been cleared in their world. The two lovers decide to return home.