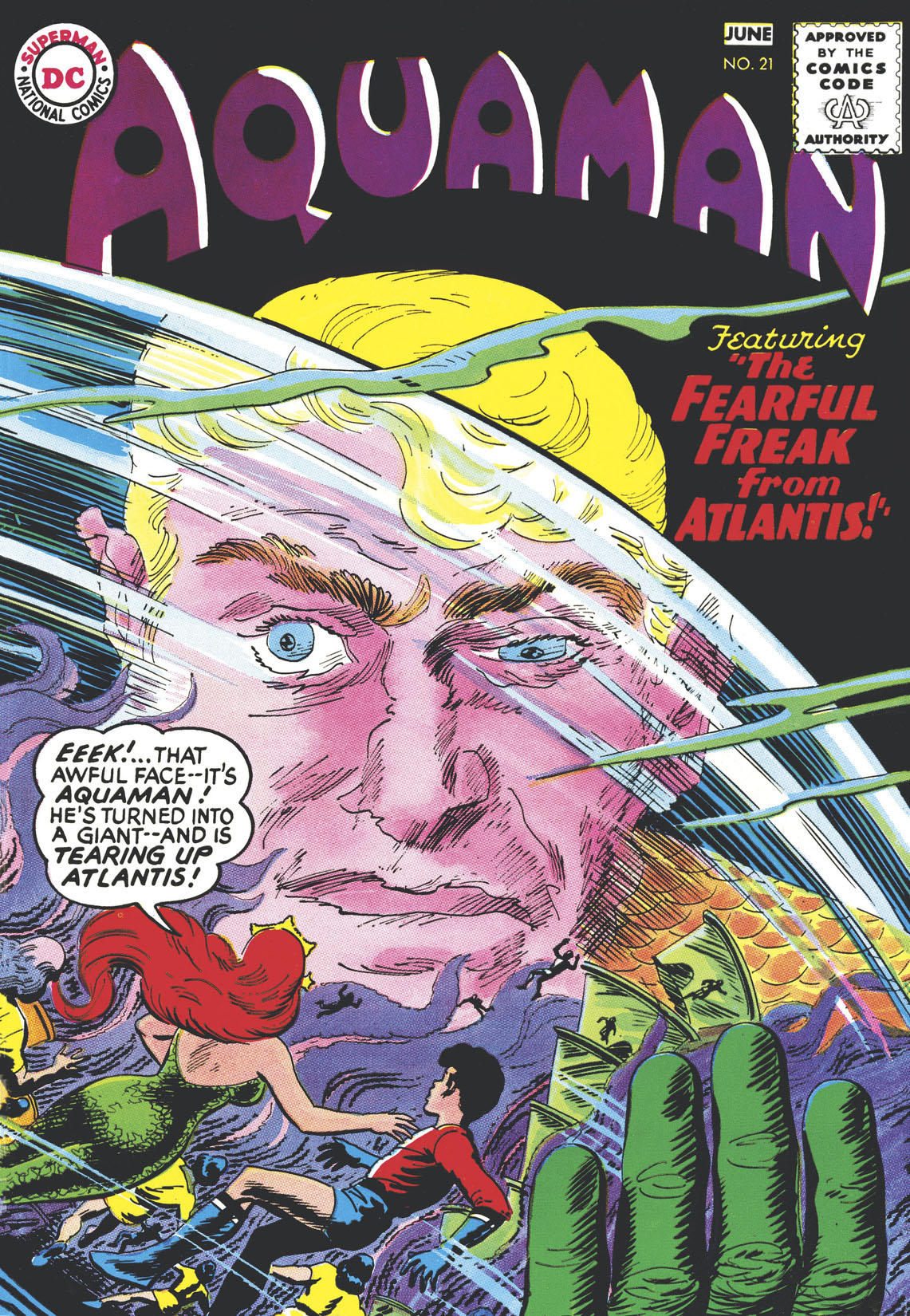 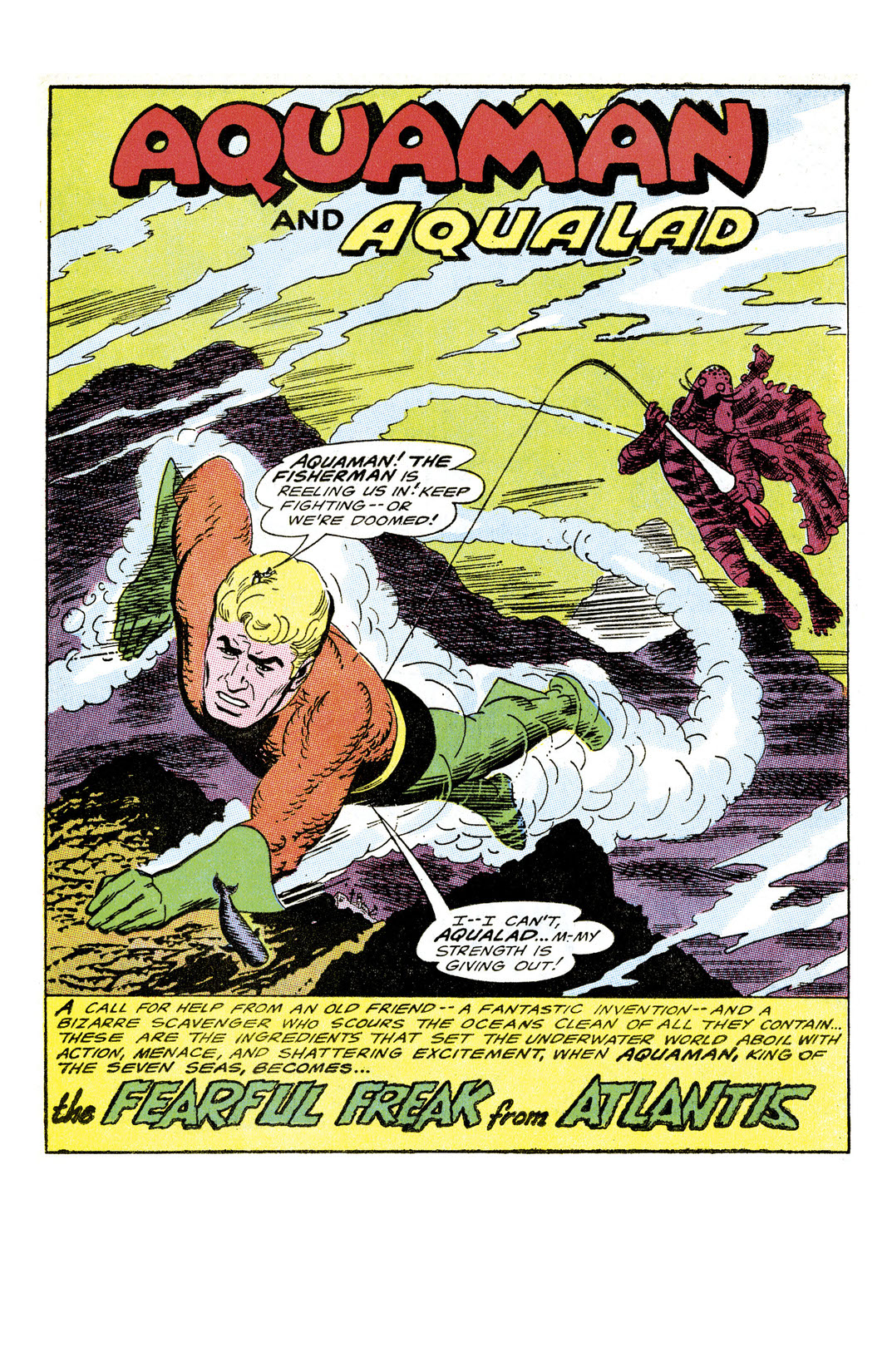 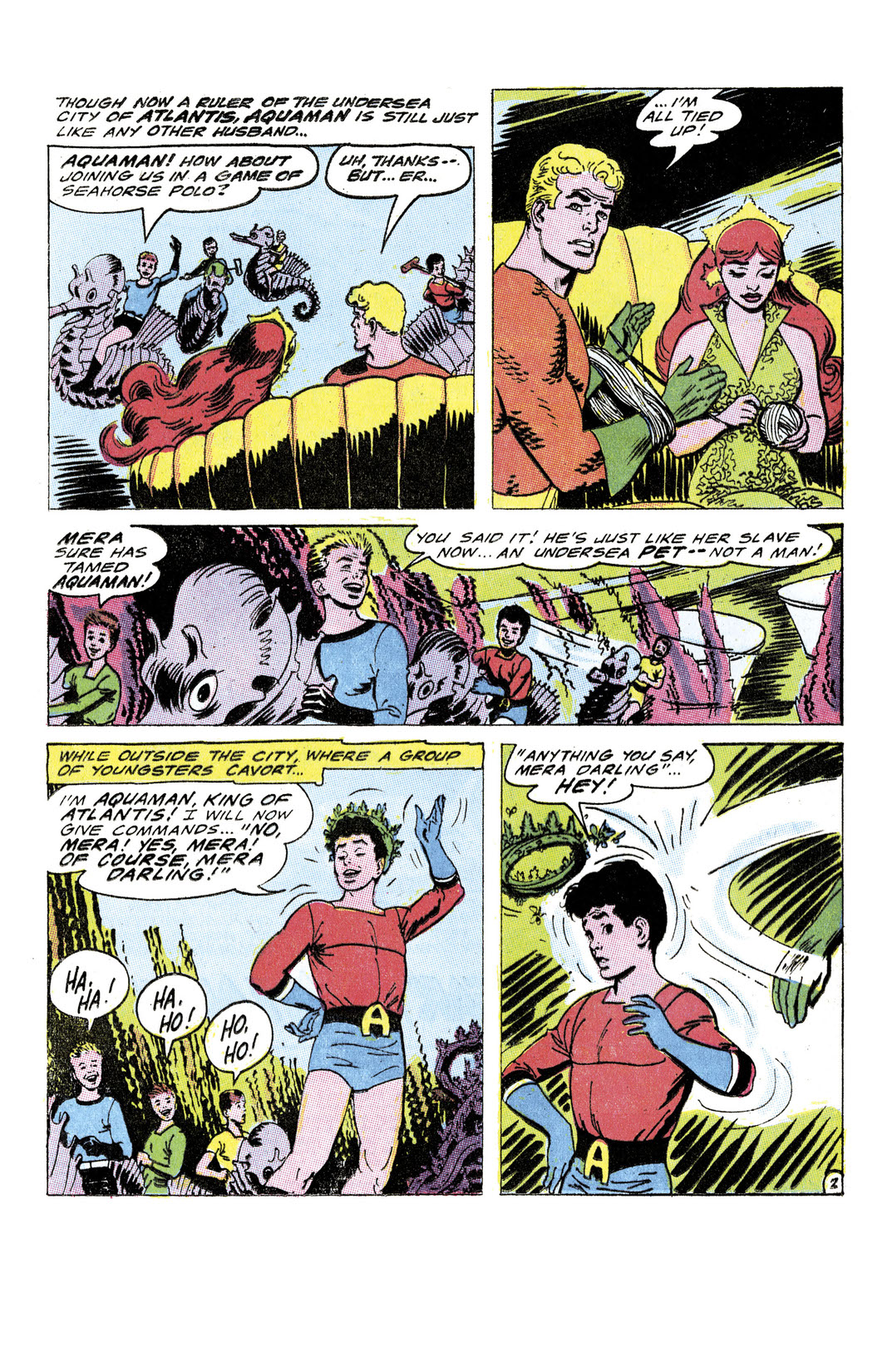 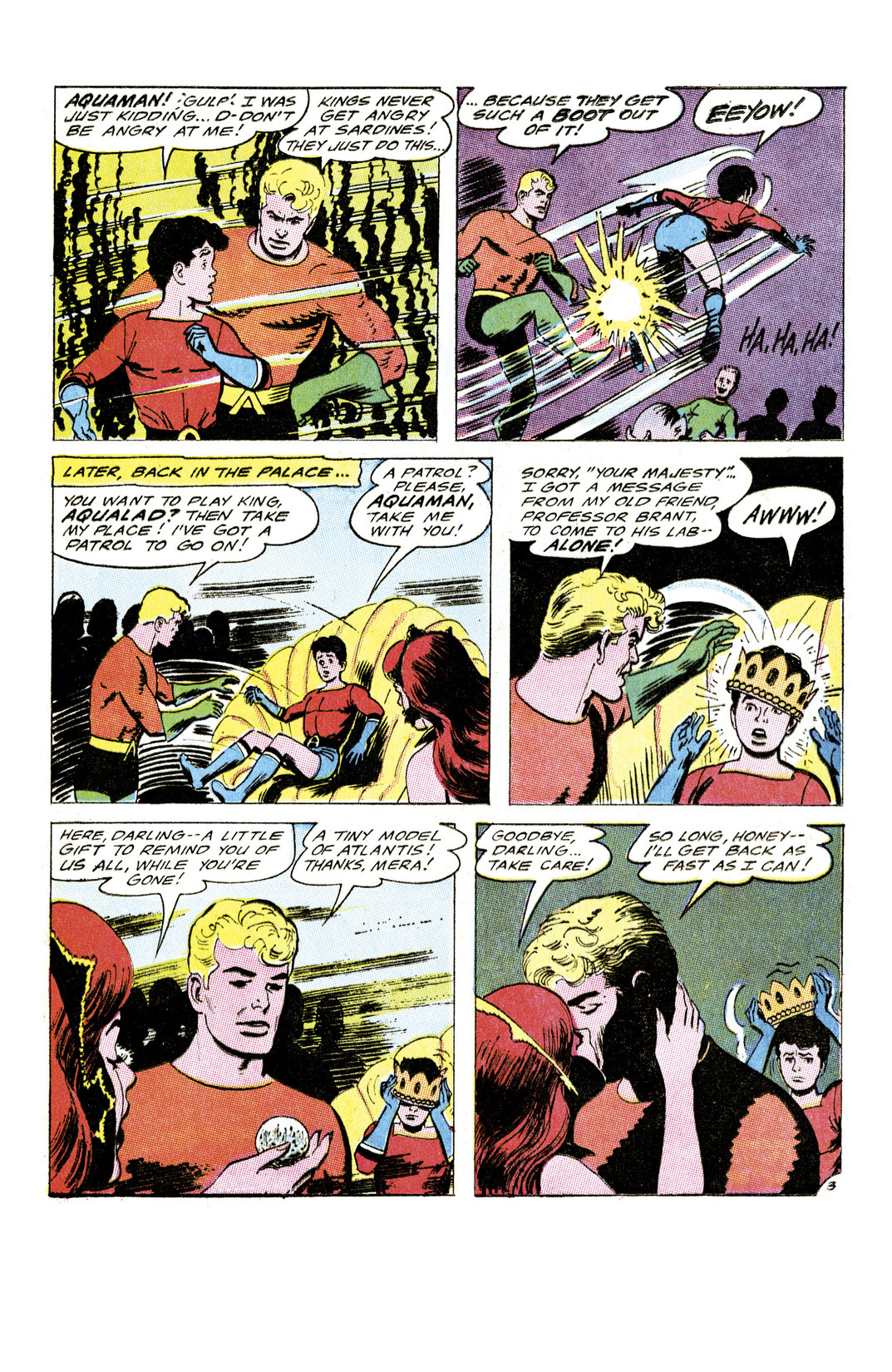 Aquaman is turned into a giant when a growth serum created by his friend Professor Brant accidentally splashes on him. Brant is killed by members of a gang headed by the Fisherman, an underwater bandit. The Fisherman steals the serum and uses it to menace Atlantis, which he hopes to loot. Aquaman fights off the Fisherman, who also makes himself a giant for a time. Both Aquaman and the Fisherman are later restored to their normal sizes.