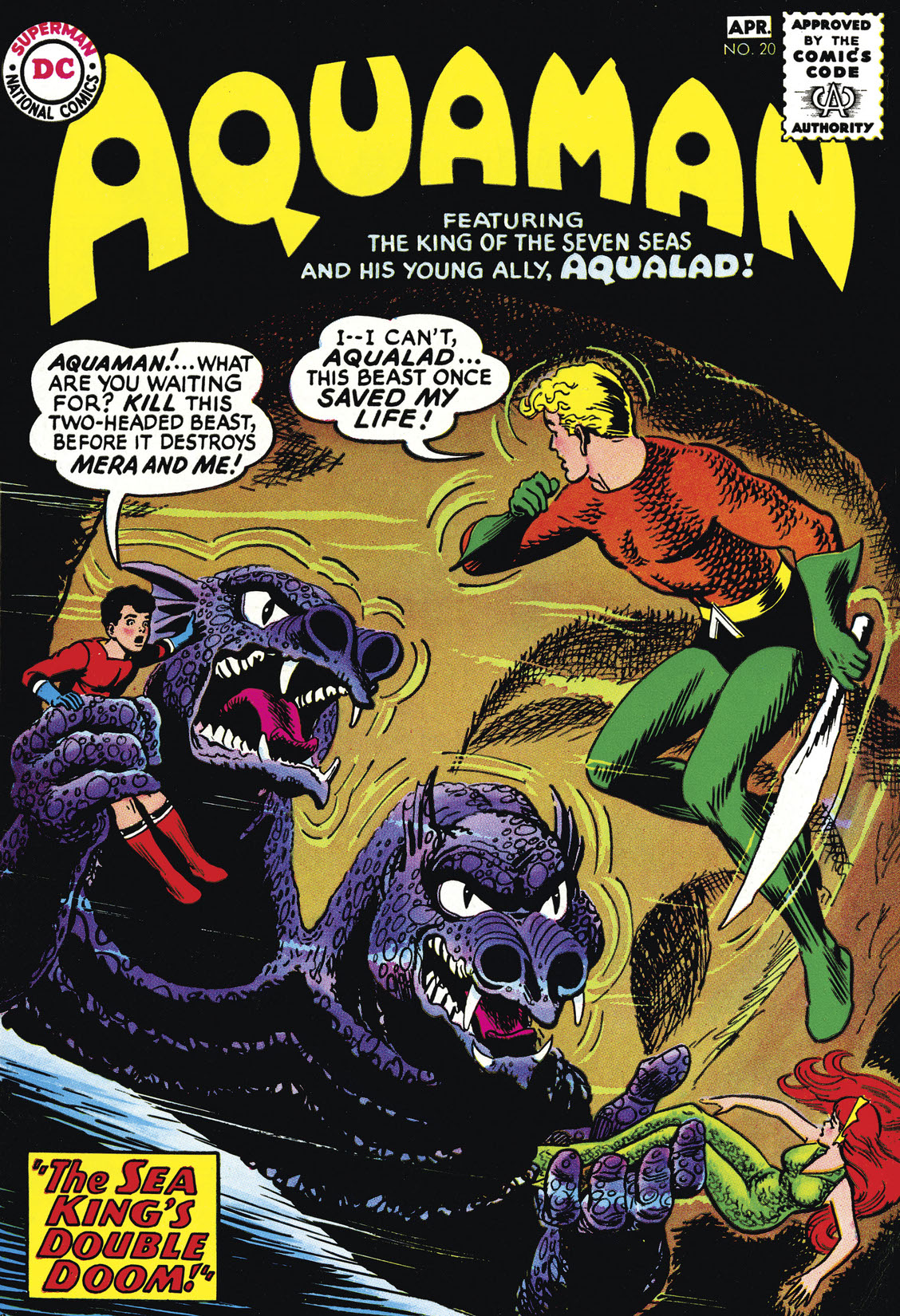 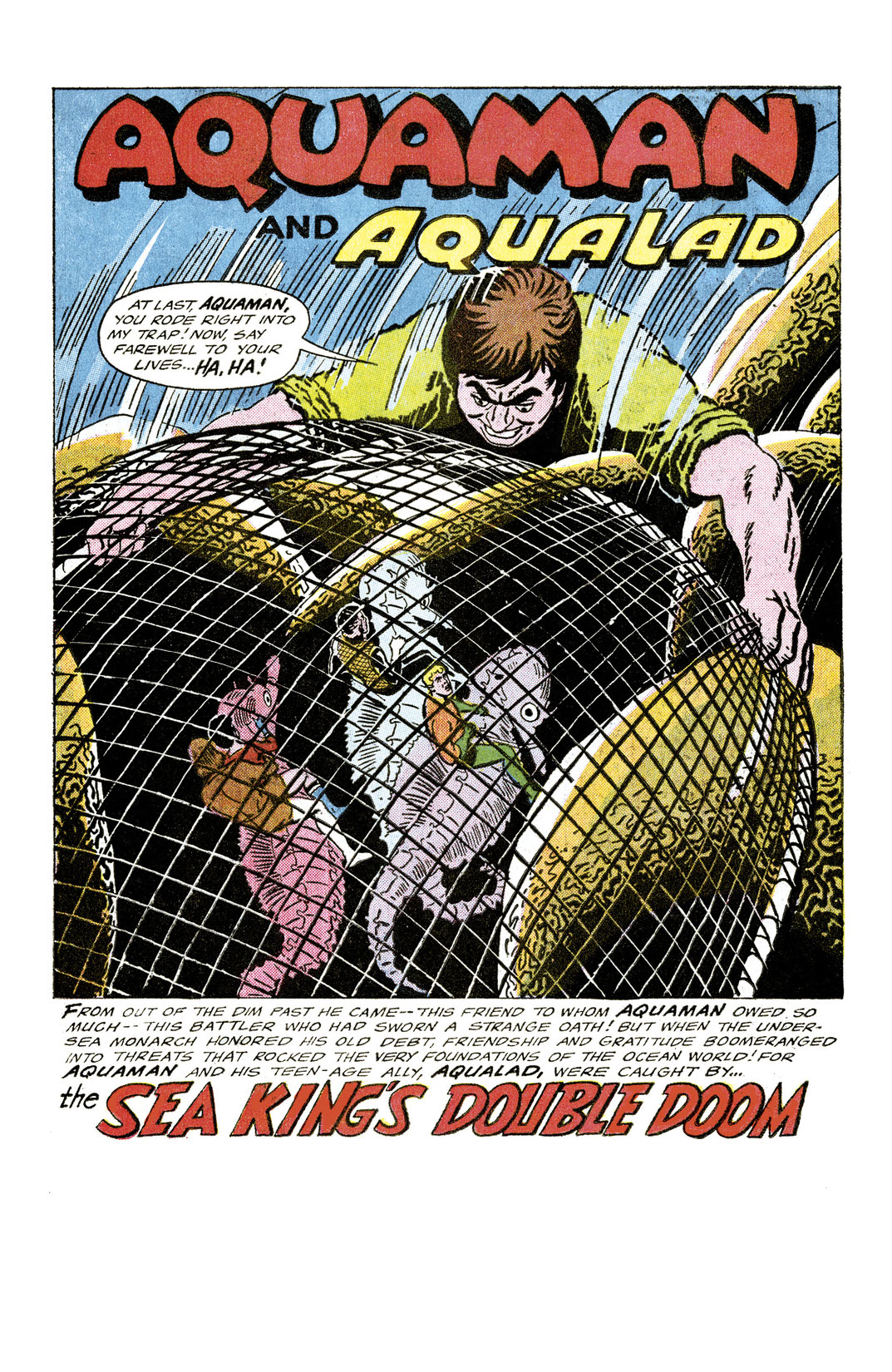 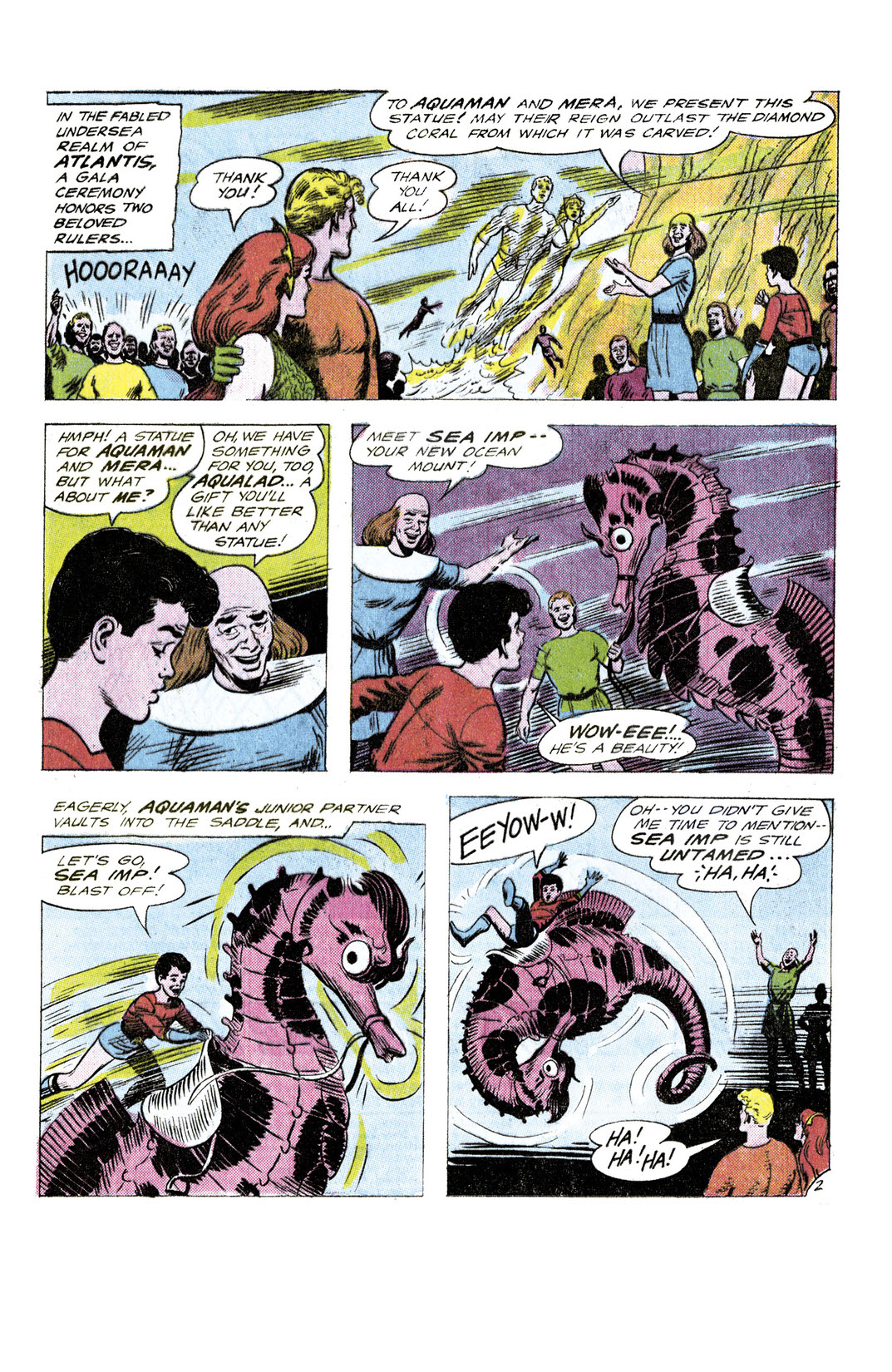 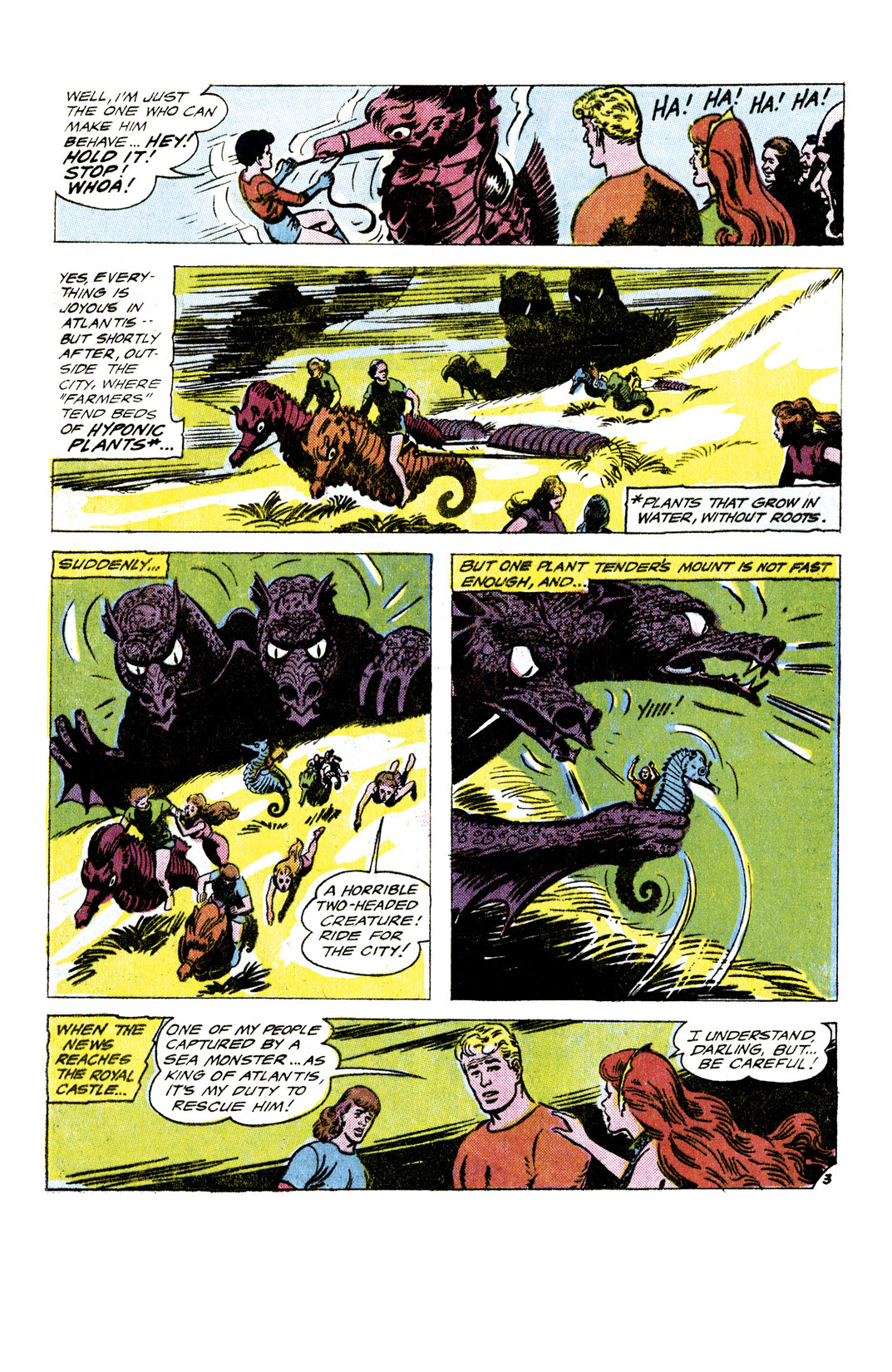 When an Atlantean is menaced by a great two-headed beast, Aquaman rescues the man, and meets a newcomer—Kaltor, an Atlantean who trained him in the use of his powers when he was a teenager. Now Kaltor claims that his fighting strength has waned, and makes Aquaman swear a sacred oath to destroy the two-headed monster. But Kaltor’s daughter Starene arrives, and is sorrowful that her father has made Aquaman swear the oath. Later, the monster kidnaps Mera, but Aquaman refuses to let Aqualad destroy it, opting to capture it instead. As the Sea King had deduced, the two-headed beast soon metamorphoses into Kaltor. The Atlantean tells Aquaman that since being exposed to strange fumes in an underwater mine, he has been transformed periodically into the monster, and fears the next change will be permanent. Kaltor becomes the beast again, and after Aquaman finds Mera, the Sea King steels himself and slays the creature. But the monster transforms back into a living Kaltor, who is reunited with his daughter Starene. Aquaman says that the “death” of the monster was evidently the antidote to Kaltor’s curse.