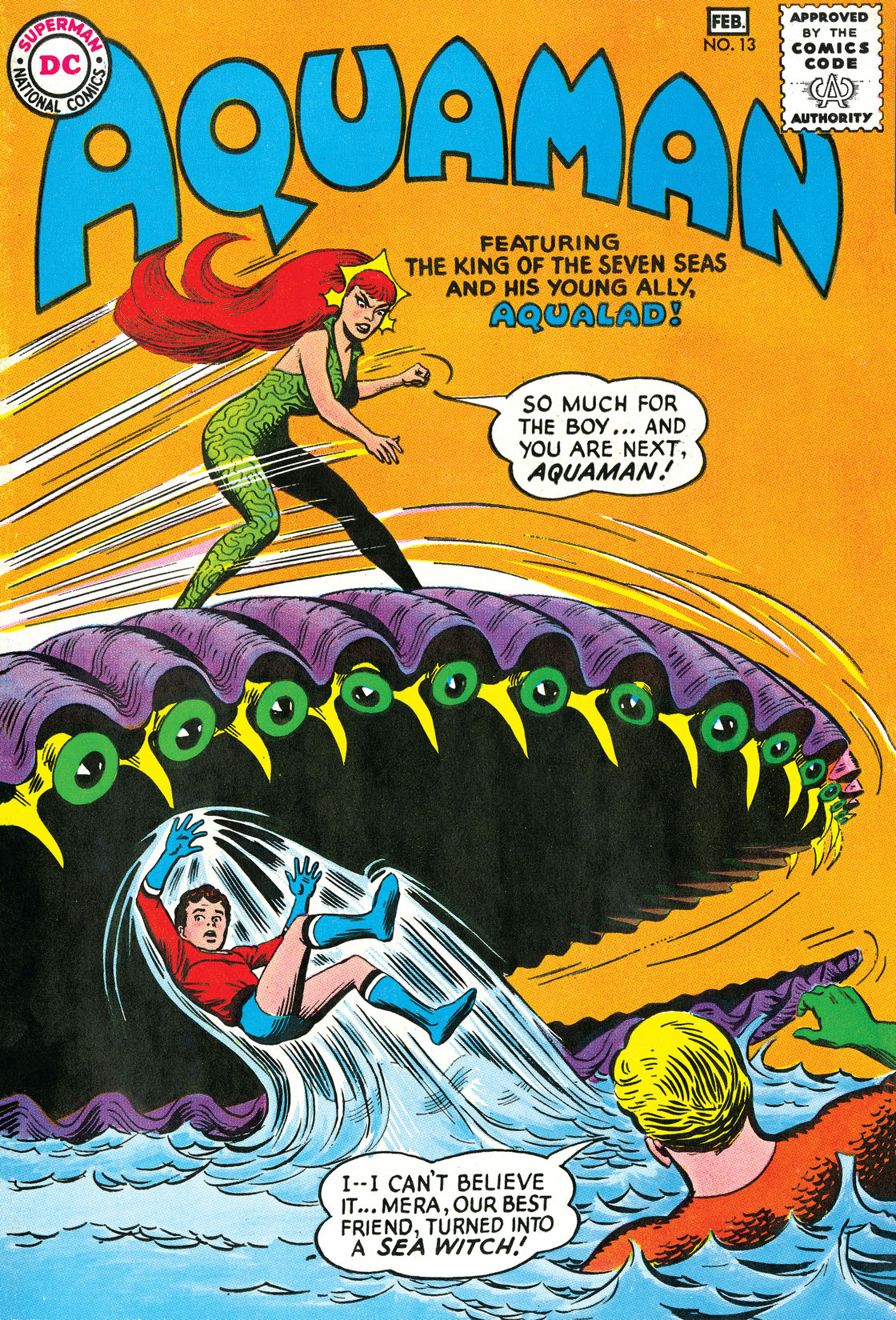 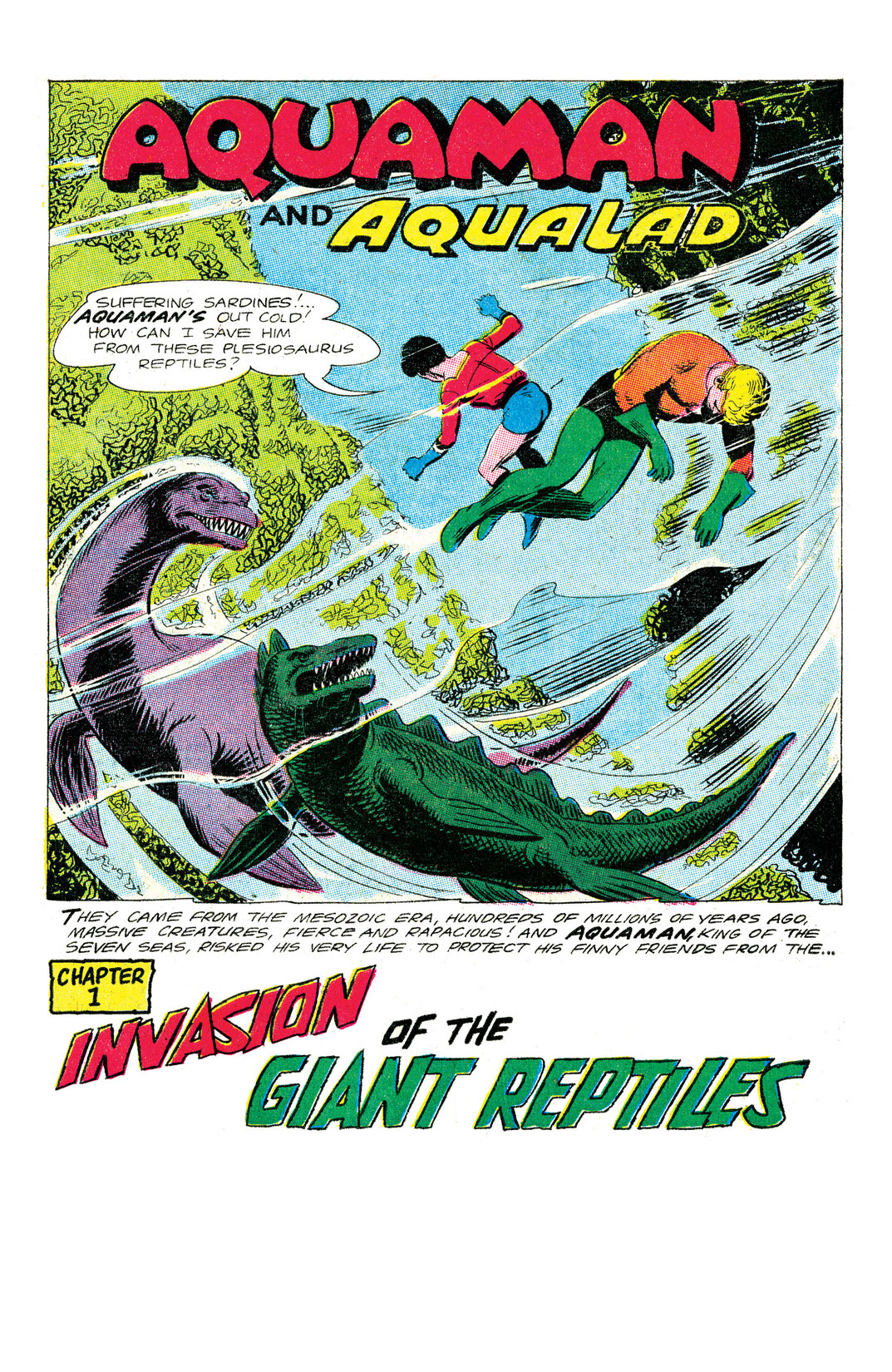 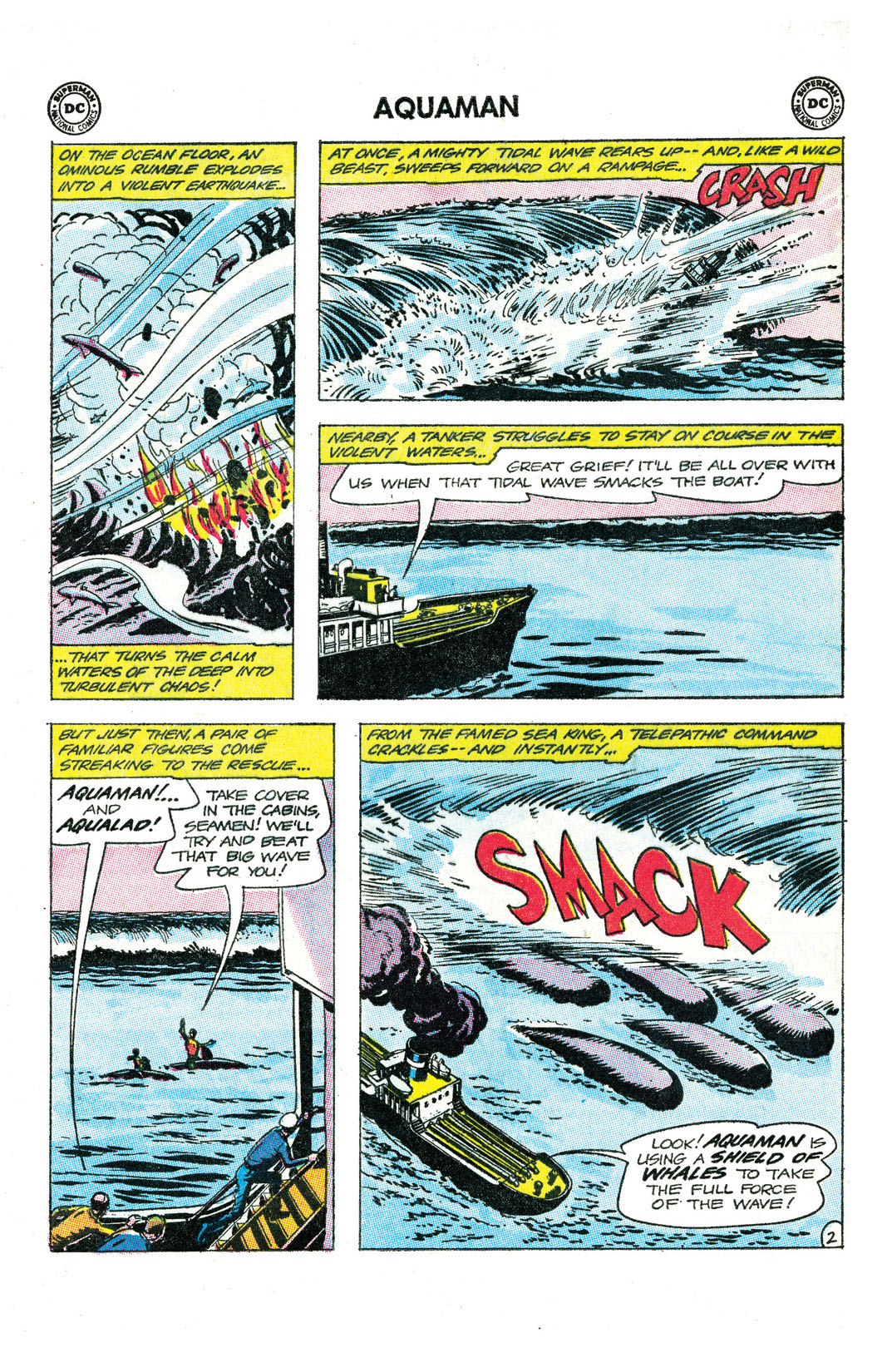 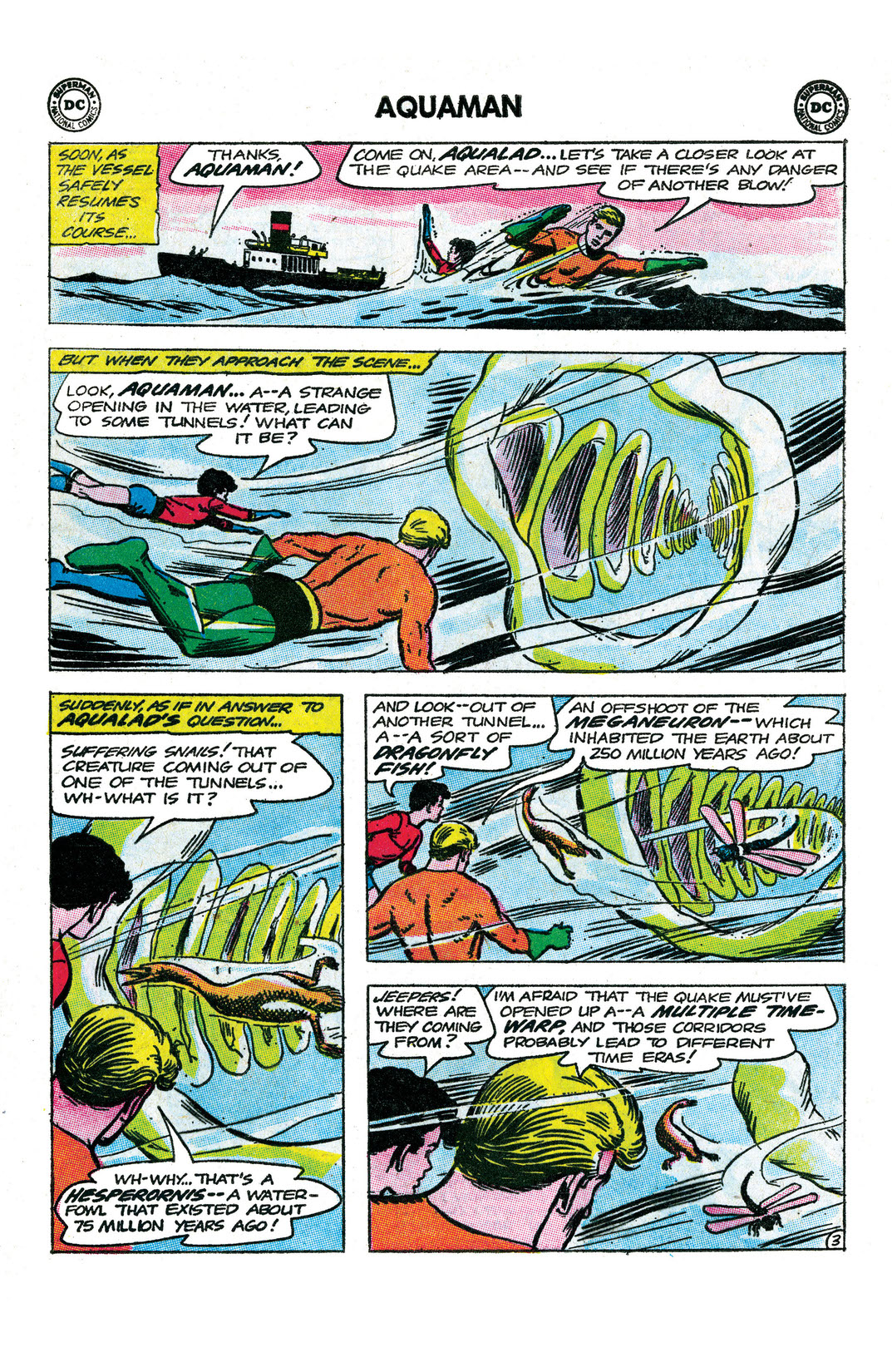 A gigantic seaquake opens a time warp that admits aquatic dinosaurs from the ancient past, as well as Niccol and other criminals from the year 2098, into Aquaman’s present. The seaquake is even felt in Mera’s fourth-dimensional world, and she comes to Earth to investigate. The criminals take control of Mera and the dinosaurs with a thought-control ray from their era and briefly turn them all against Aquaman and Aqualad, until the two heroes seize the weapon and free them from the villains’ domination. The dinosaurs and criminals are restored to their proper eras, and Aquaman destroys the futuristic weapons.