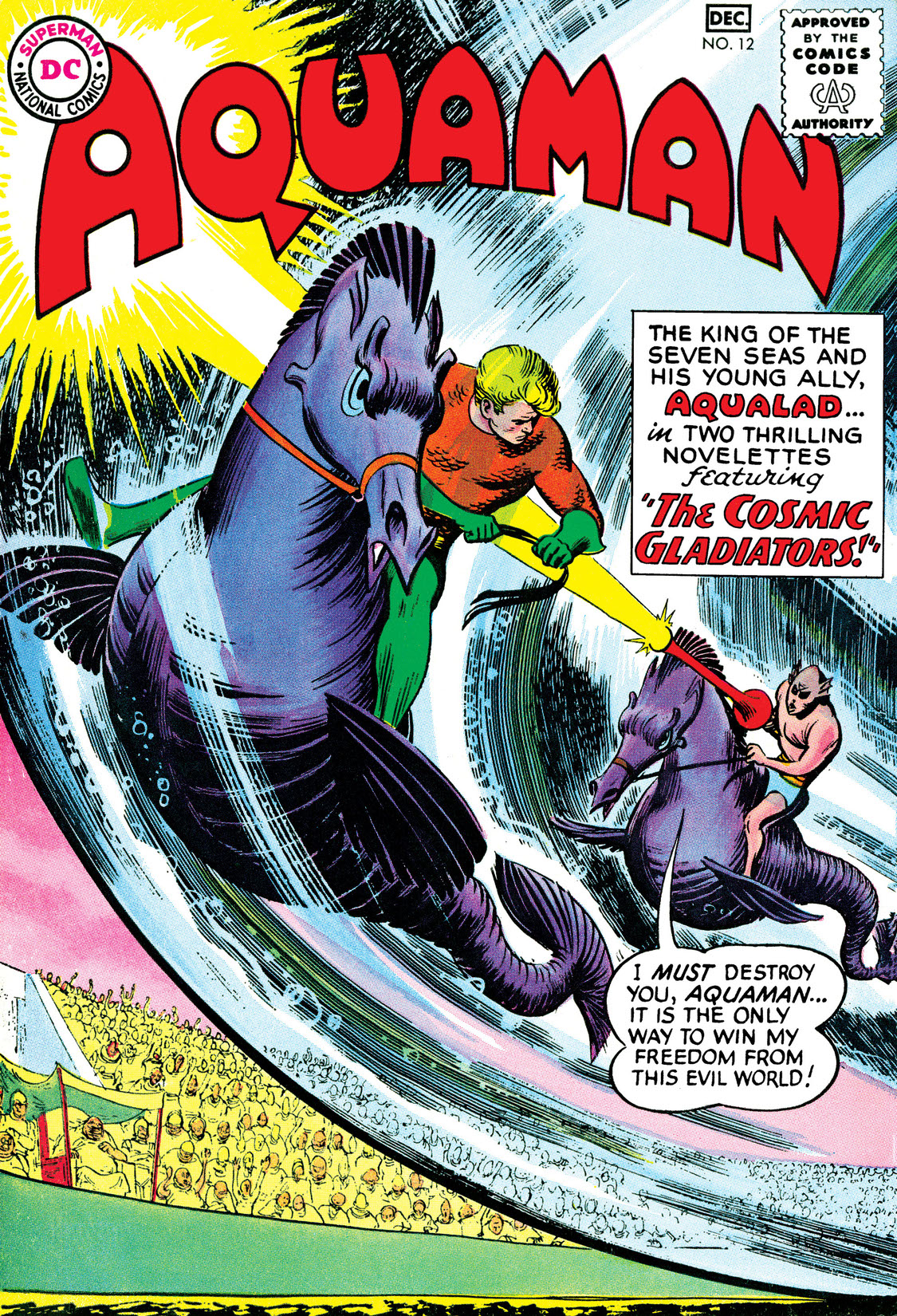 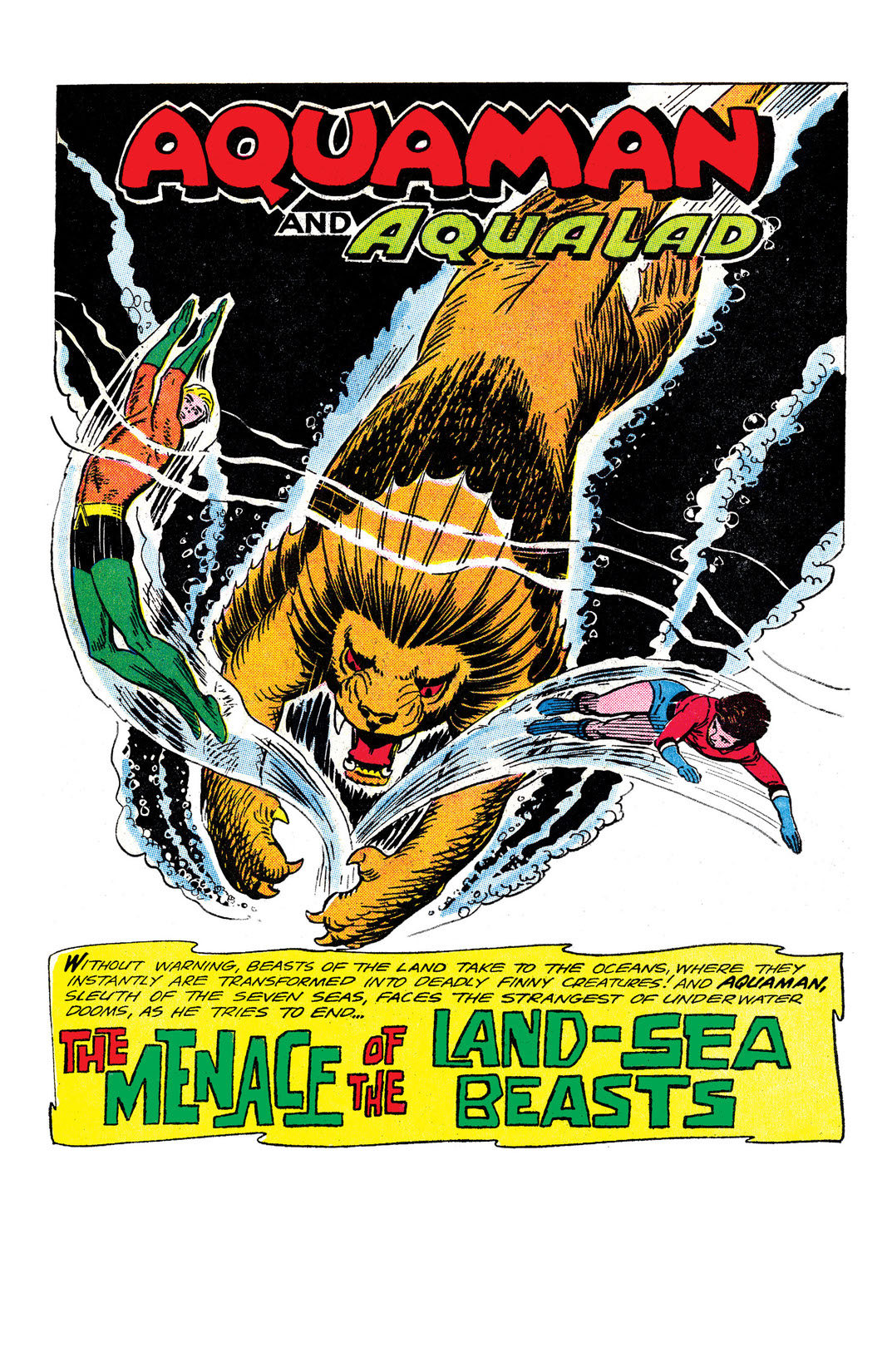 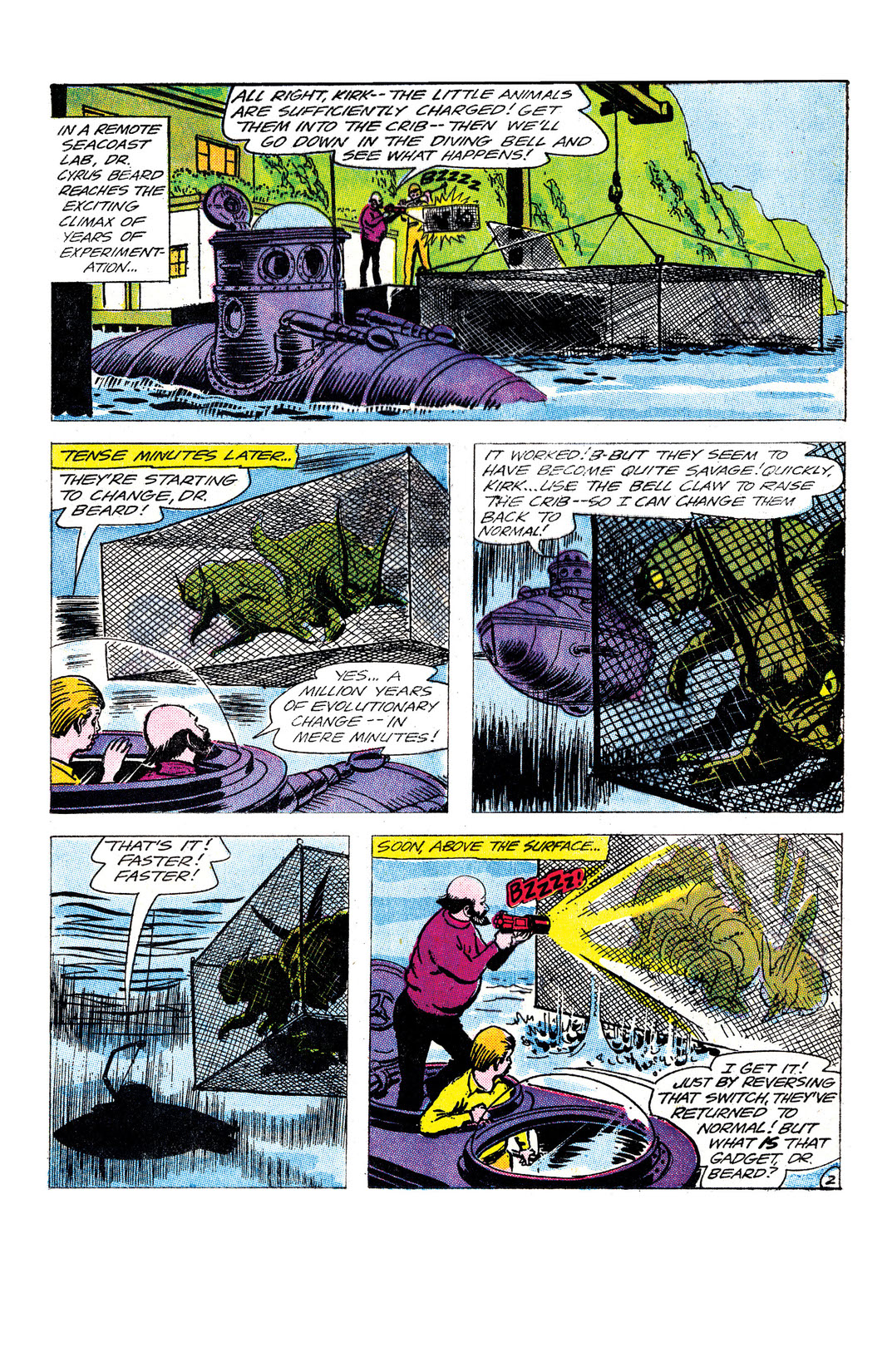 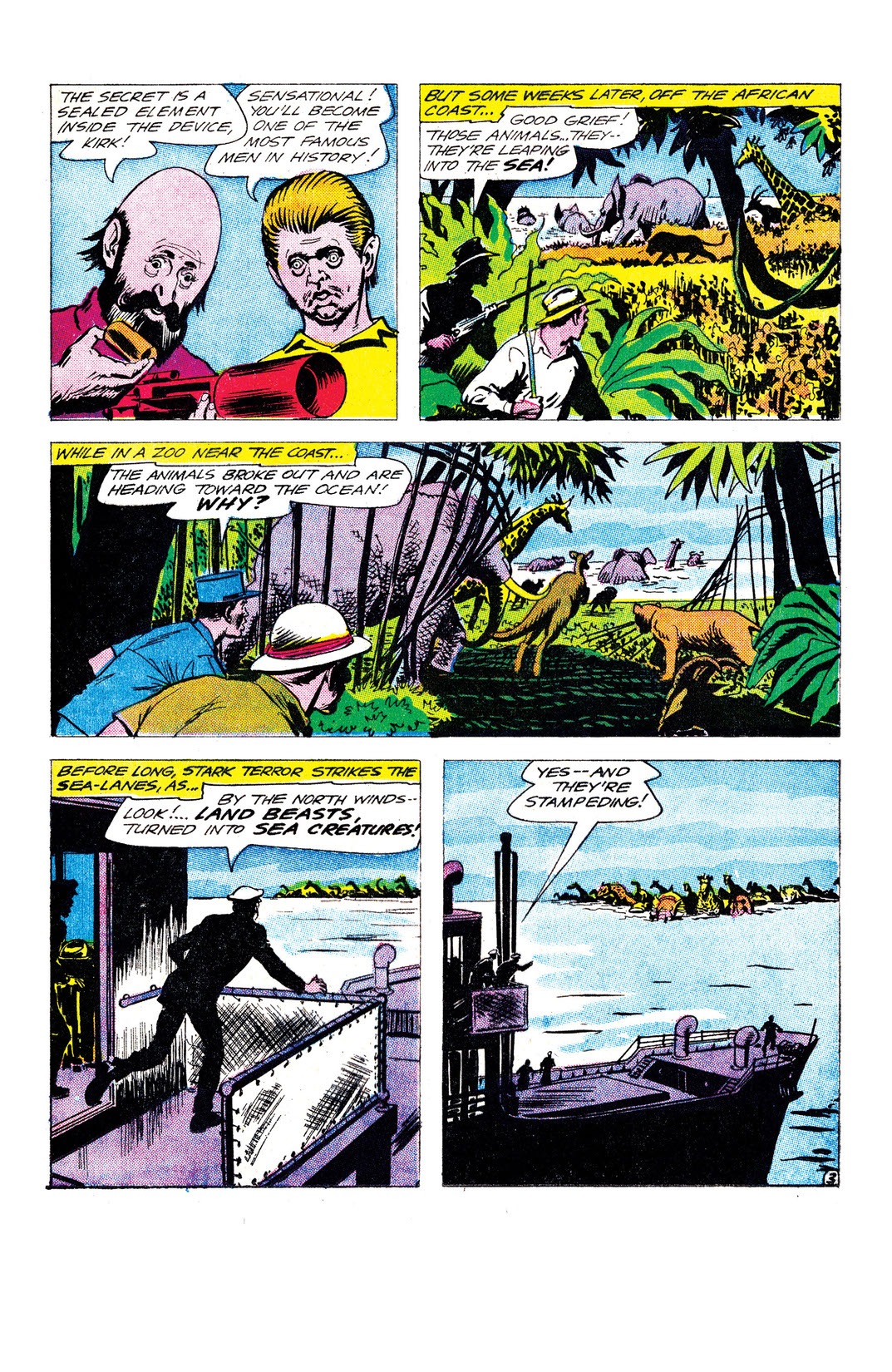 A lab assistant named Kirk uses the technology of his employer, Dr. Cyrus Beard, to evolve lab animals into hideous creatures. Taking control of them, he stages several attacks on sailing vessels, looting the ships after the creatures destroy them. Aquaman arrives in time to stop Kirk and returns the animals to normal.