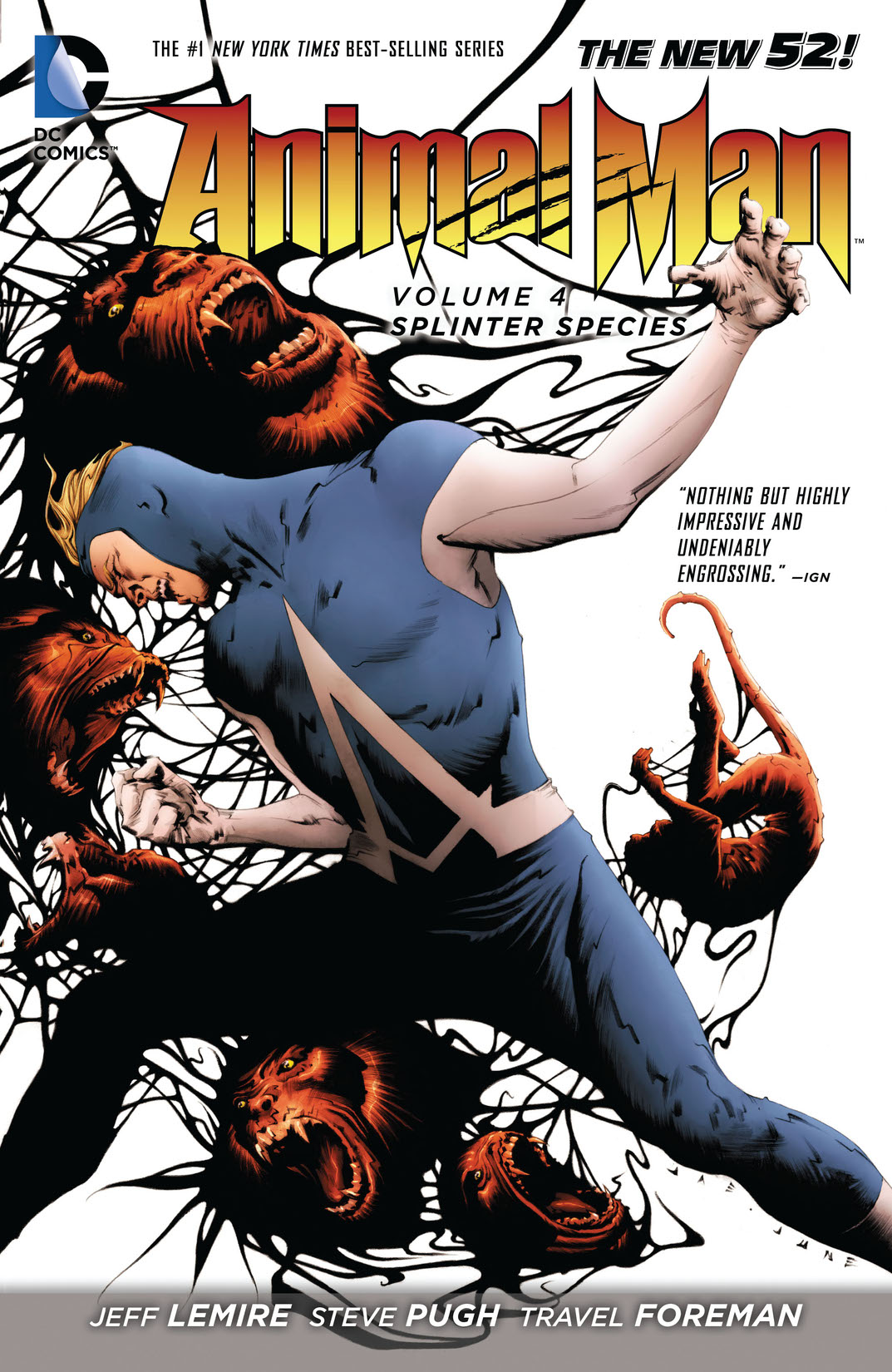 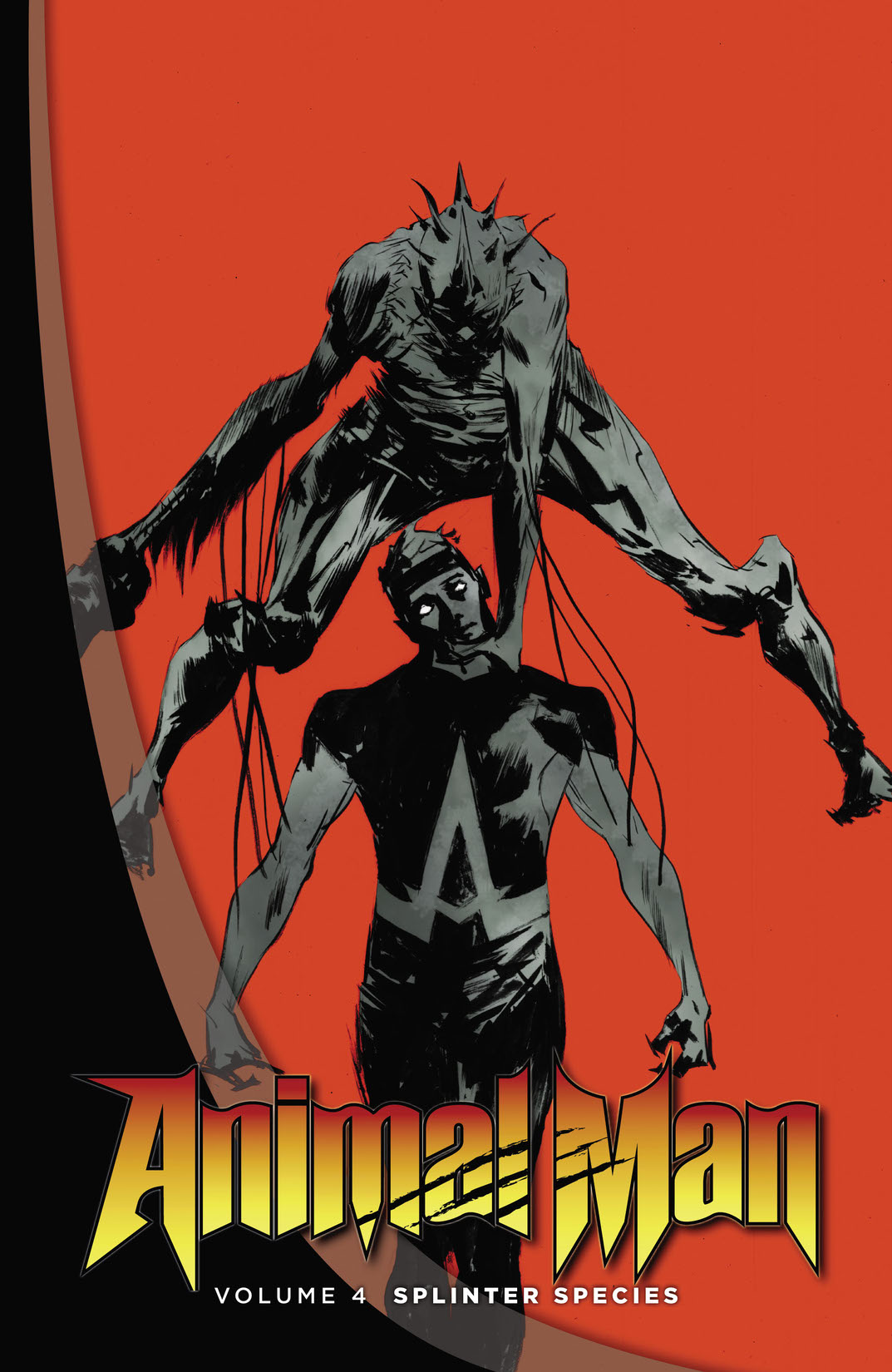 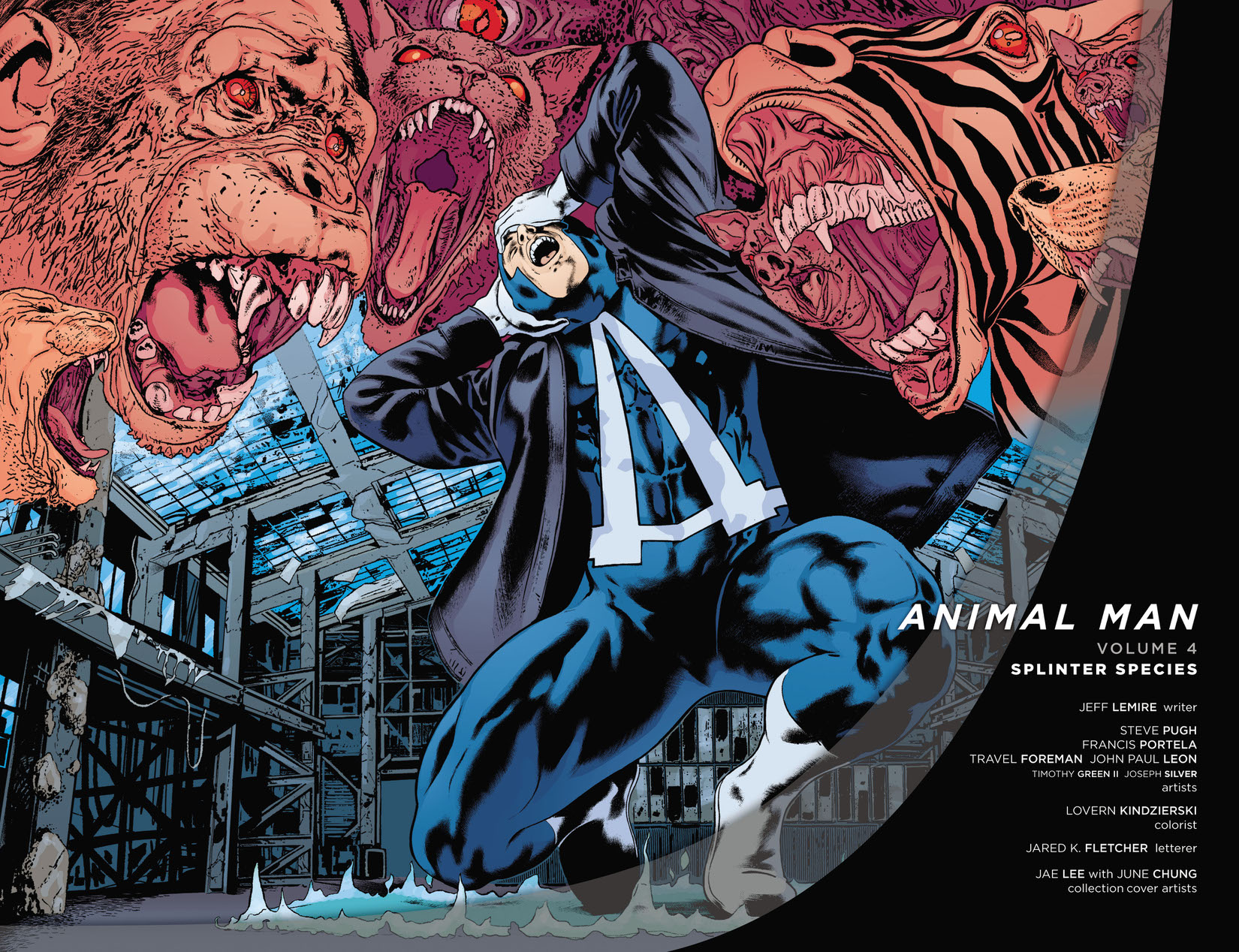 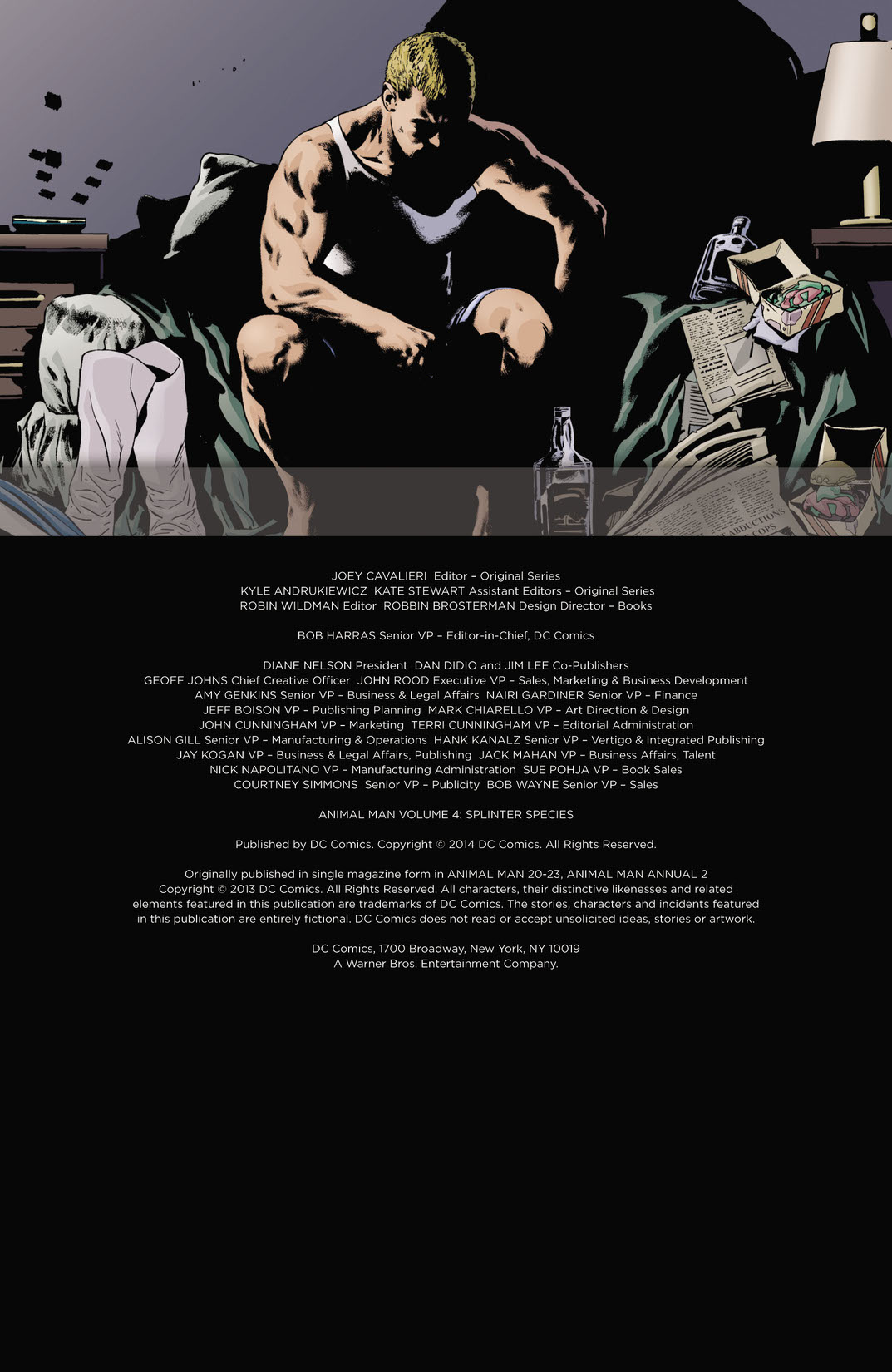 As Animal Man, Buddy Baker channels the power of the life force called the Red to protect all life on Earth. But fighting for the Red cost him the love of his life - and the life of his son. Abandoned by his wife and daughter, grieving the loss of his child, failed by the totems who gave him his power, Buddy wants nothing more than to be left alone. But vicious predators are about to invade the Red. Perversions of both science and sorcery threaten to drain every drop of power not just from Buddy, but from his daughter as well. There's a new species at the top of the food chain, and Animal Man must evolve or die… Jeff Lemire (JUSTICE LEAGUE DARK) and a pack of comics' greatest talents - including Steve Pugh (JOHN CONSTANTINE, HELLBLAZER), Travel Foreman (The Immortal Iron Fist), Francis Portela (LEGION OF SUPER-HEROES) and John Paul Leon (Earth X) - present a whole new breed of terror in ANIMAL MAN: SPLINTER SPECIES! Collects ANIMAL MAN #20-23 and ANIMAL MAN ANNUAL #2.