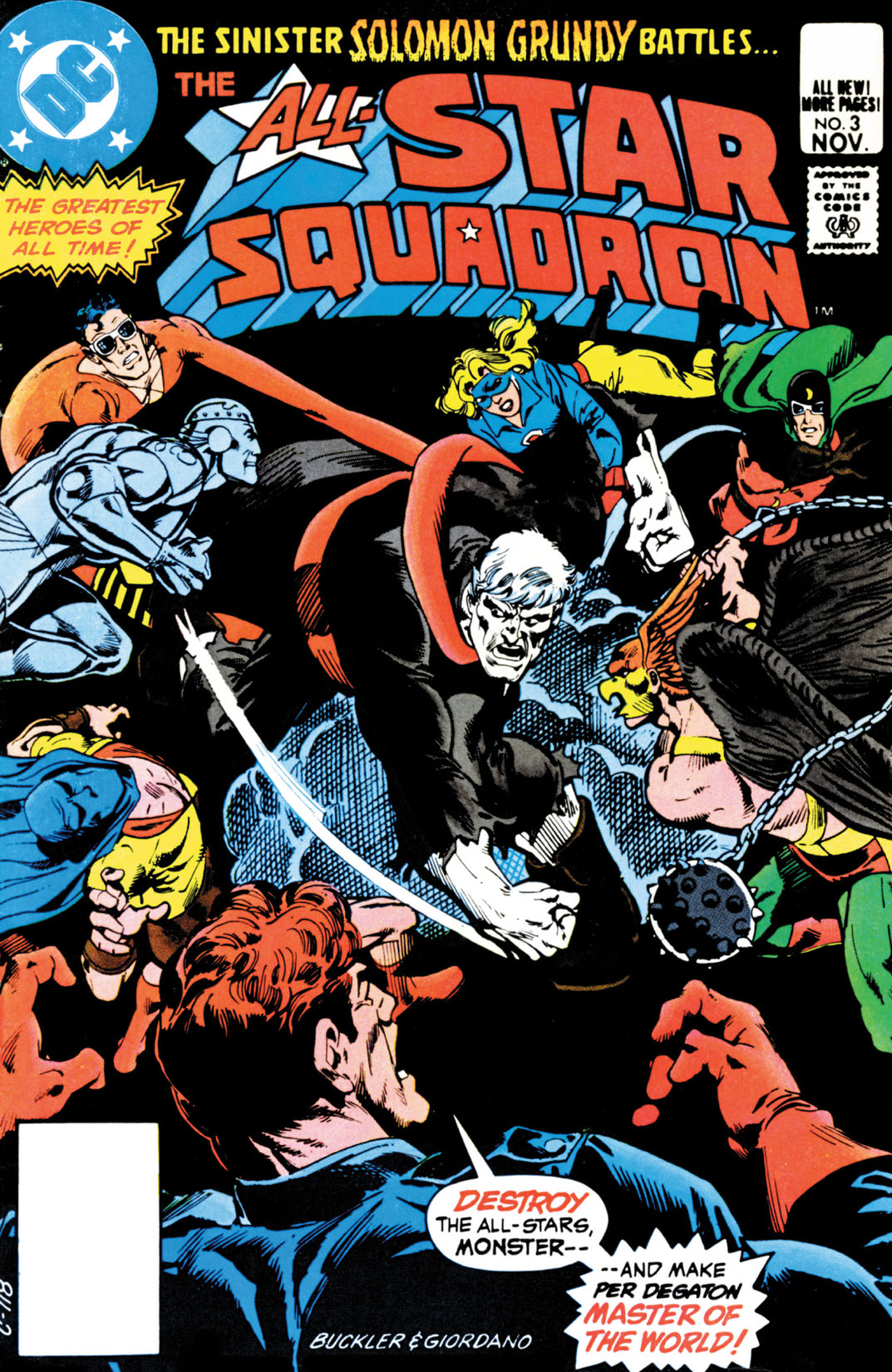 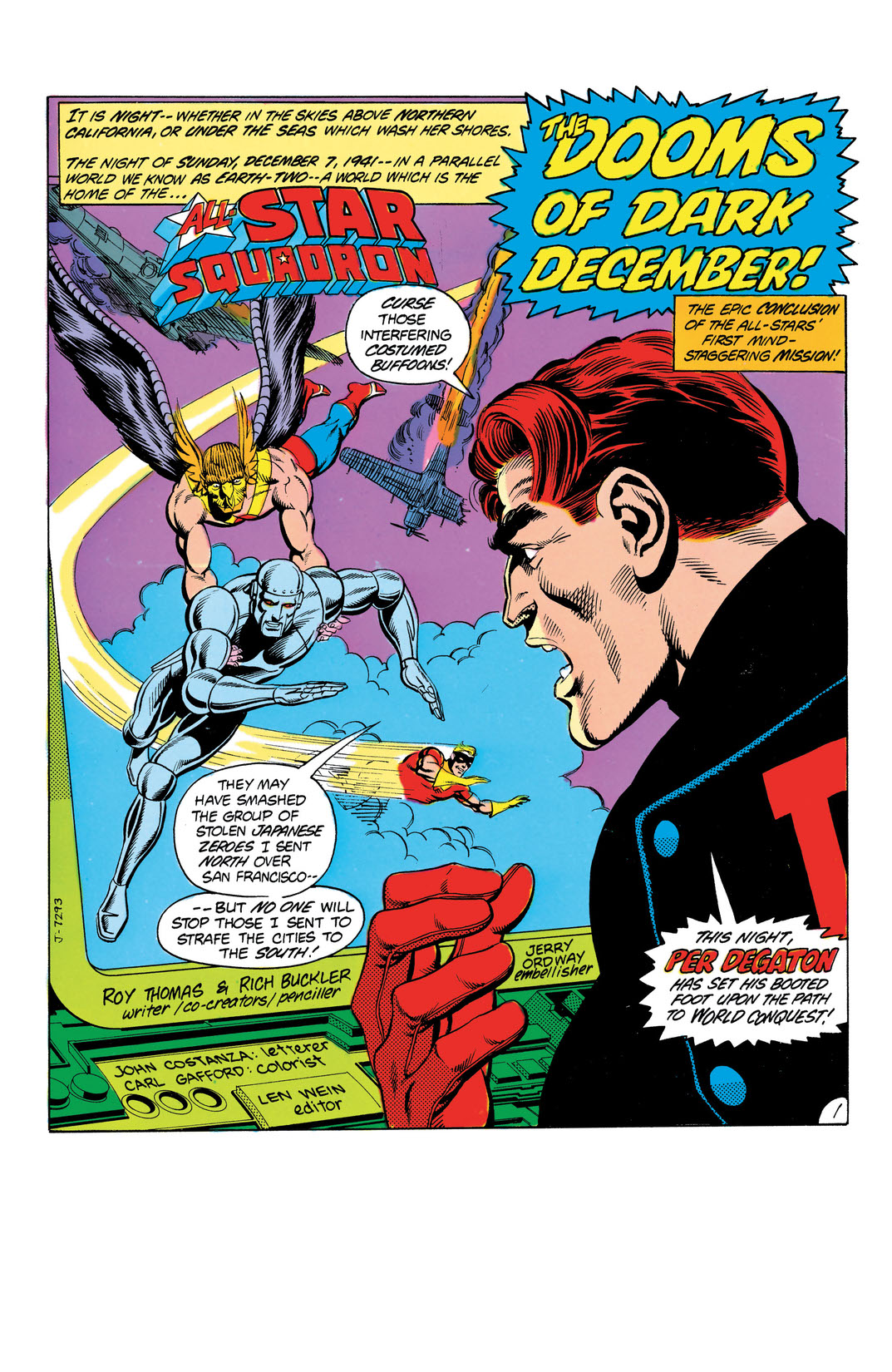 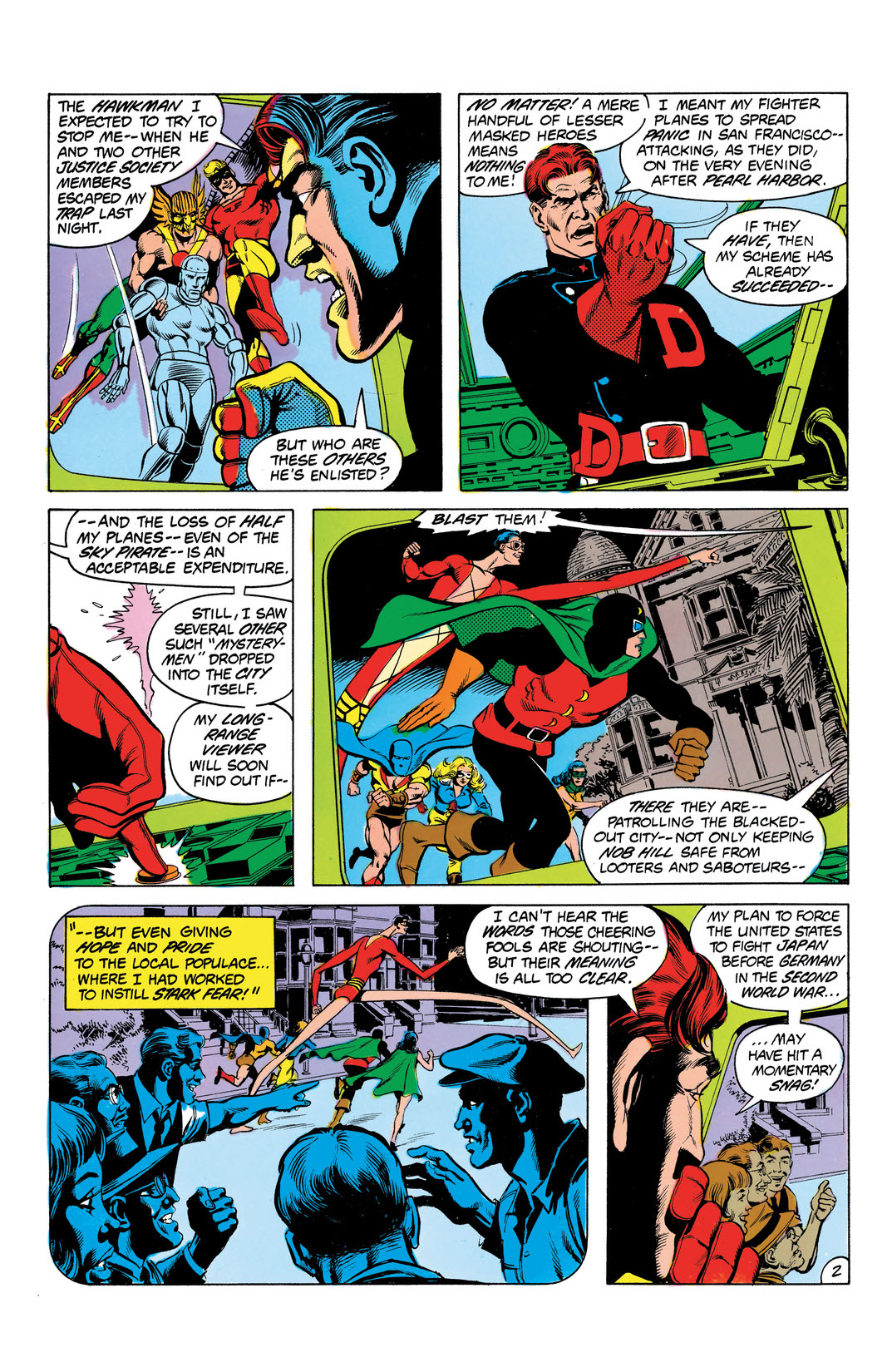 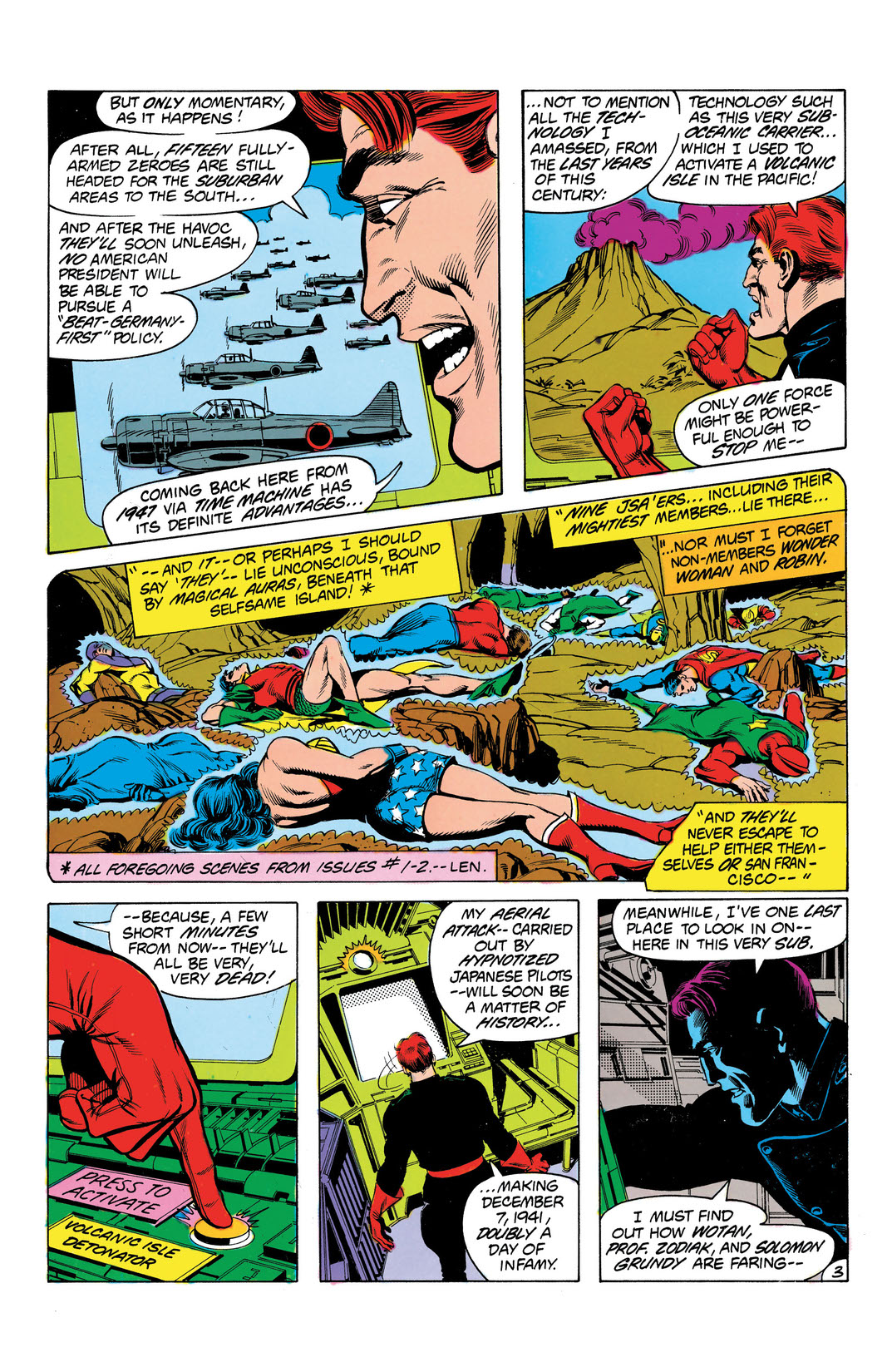 The All-Star Squadron takes on Degaton and his minions at the villain's island lair! But when Wotan casts a spell on Danette Reilly, the battle takes an unexpected turn.