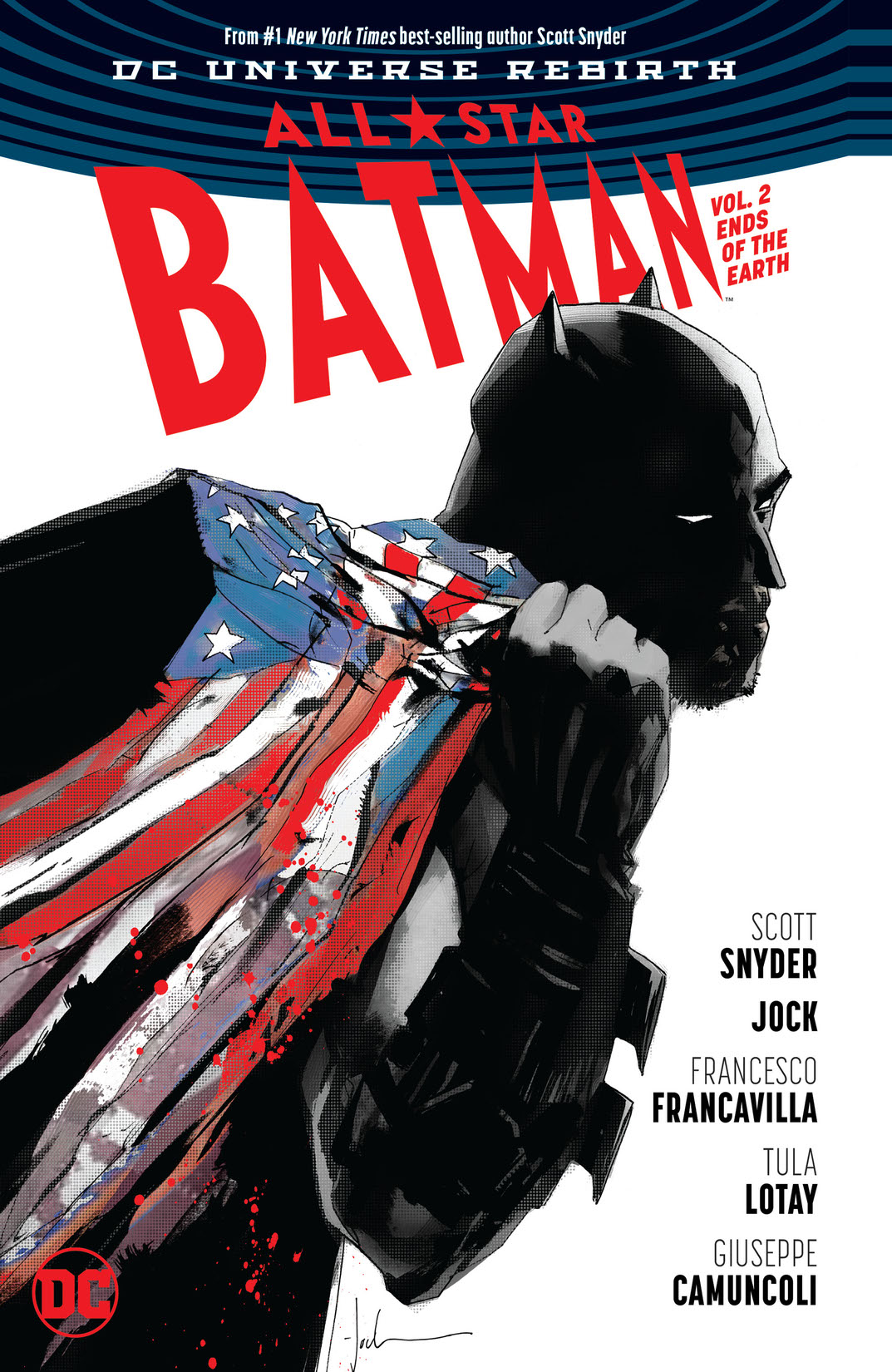 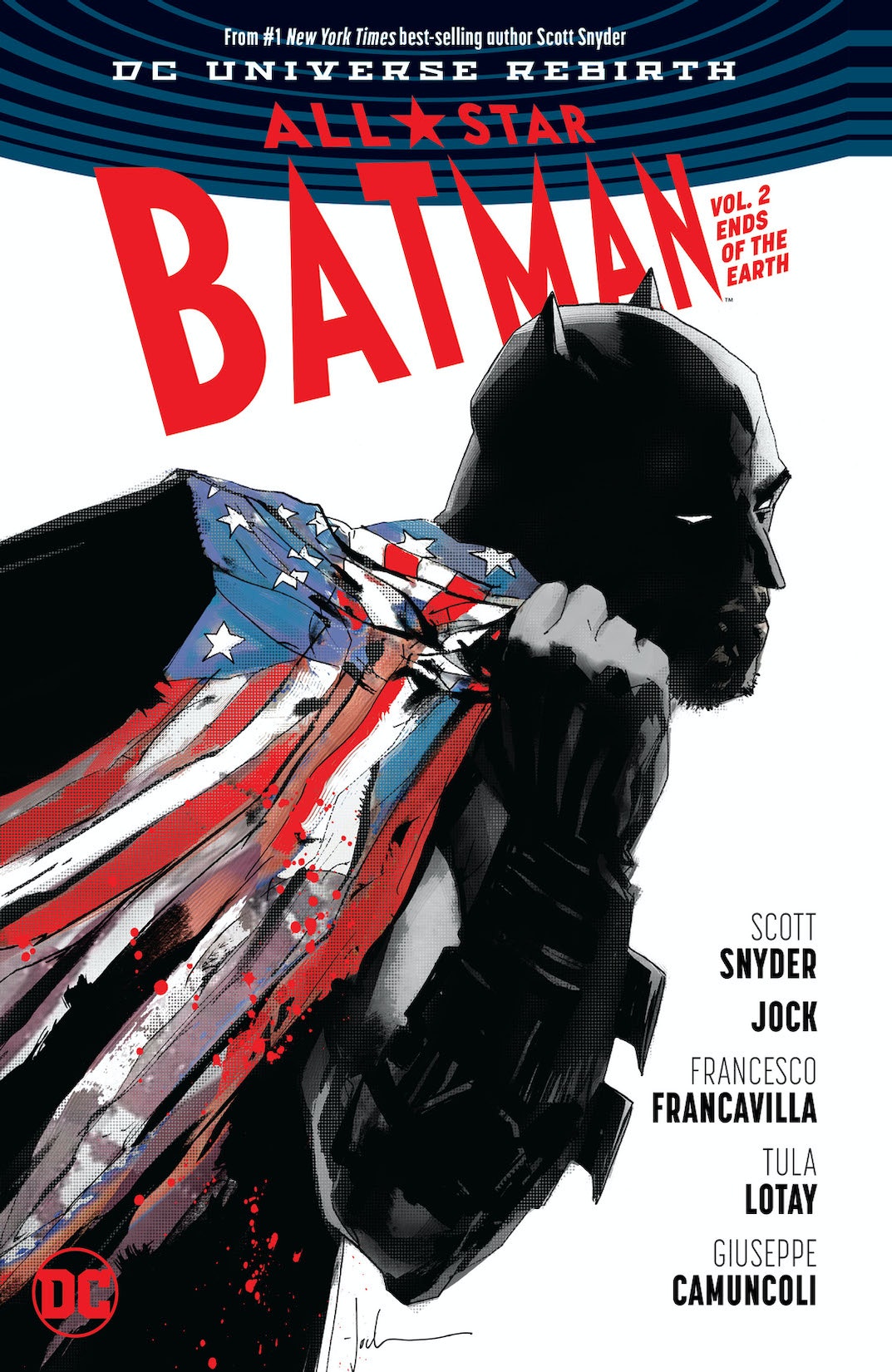 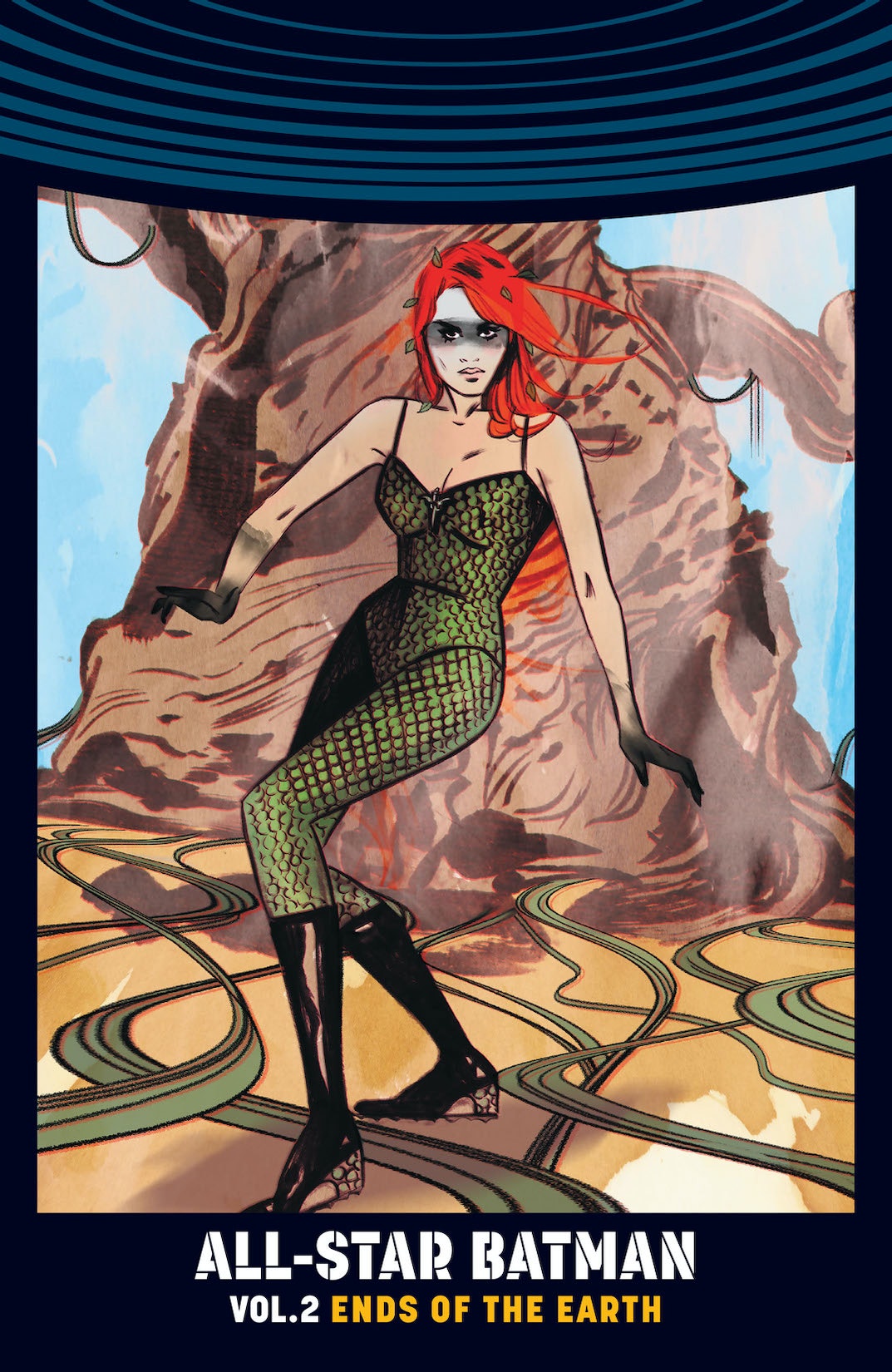 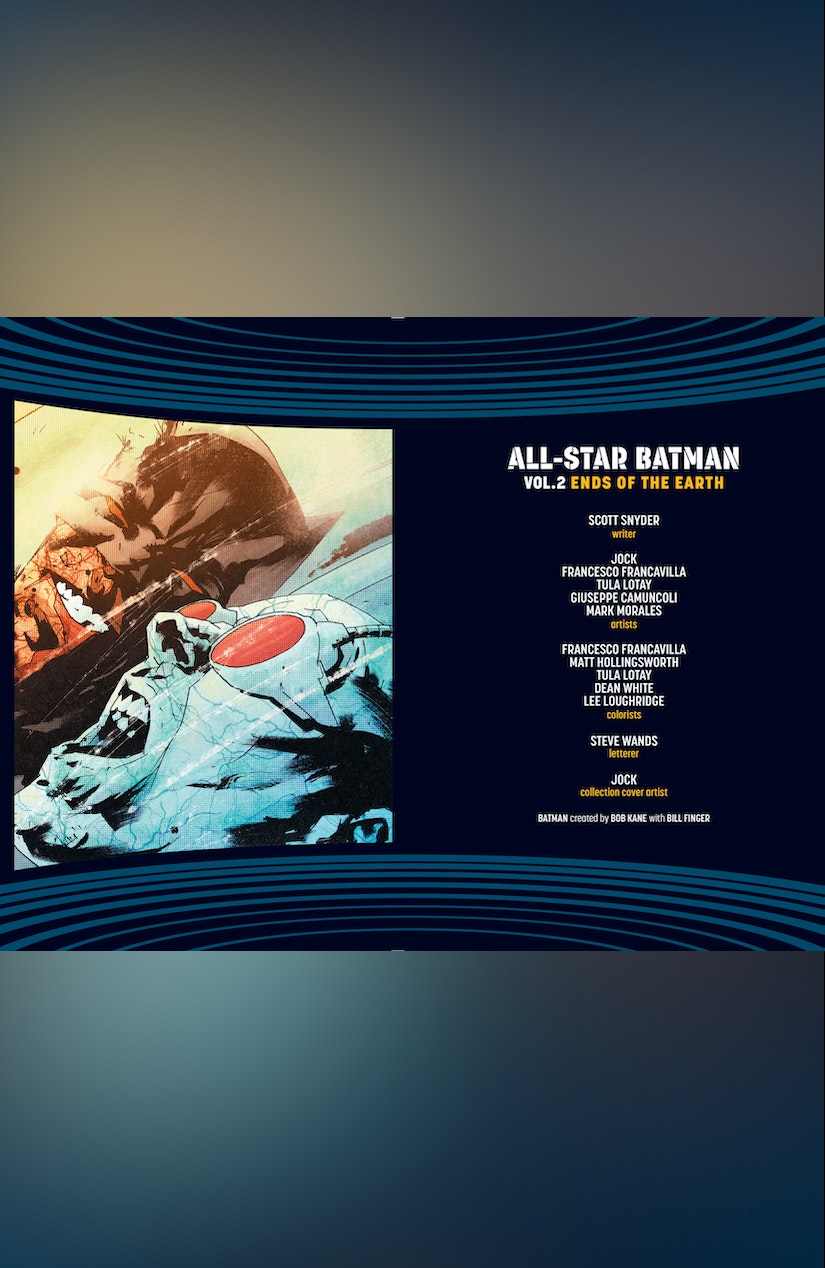 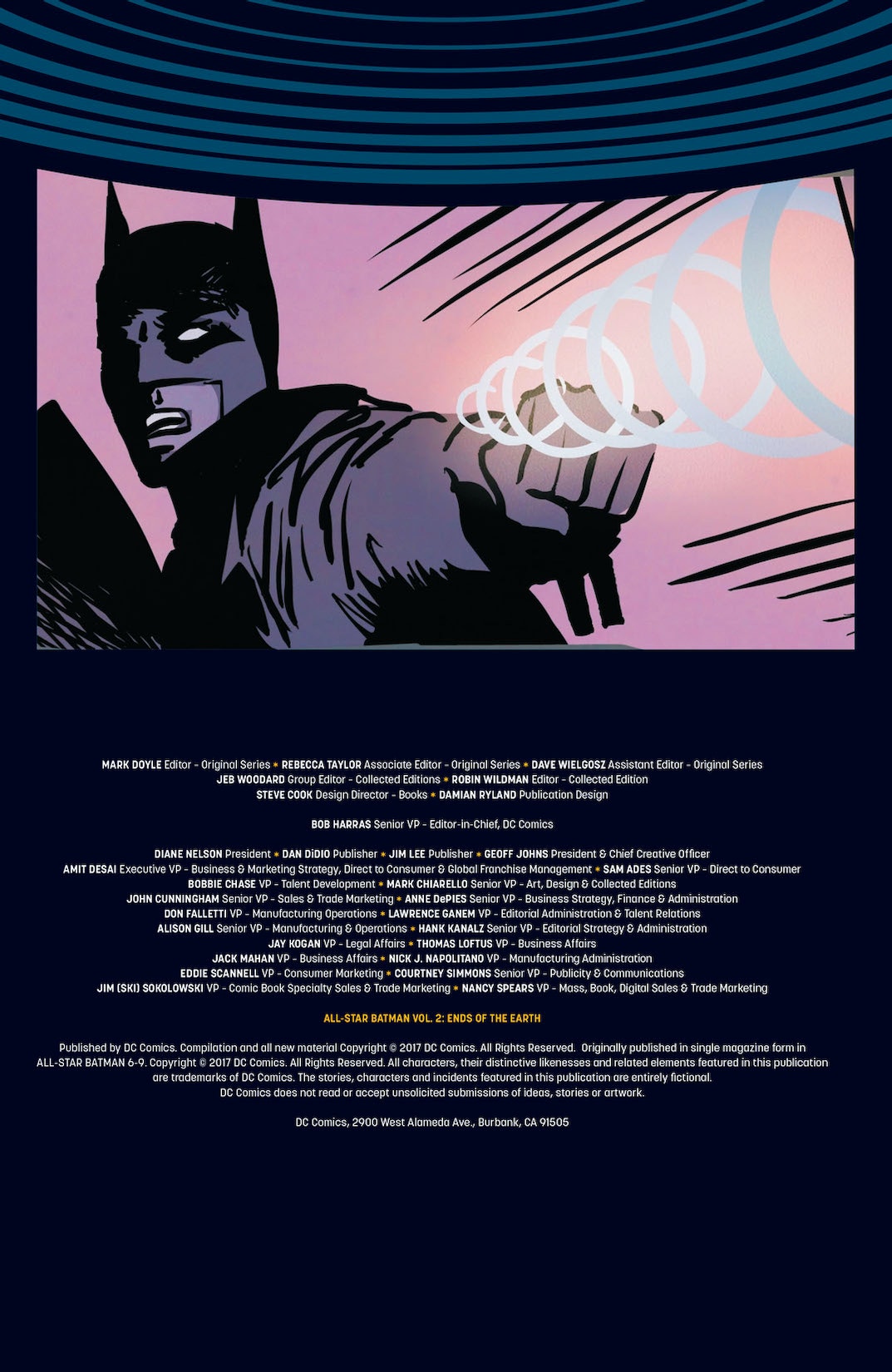 All Star Batman Vol. 2: Ends of the Earth

All Star Batman Vol. 2: Ends of the Earth

New York Times best-selling writer Scott Snyder, author of such instant-classic BATMAN graphic novels as THE COURT OF OWLS, DEATH OF THE FAMILY and ENDGAME, joins forces with an all-star lineup of comics’ top artists to bring the madness and menace of some of the Dark Knight’s greatest villains into the modern era with ALL-STAR BATMAN VOL. 2: ENDS OF THE EARTH._x000D__x000D_ Join Snyder and his frequent collaborator Jock (BATMAN: THE BLACK MIRROR) as they plunge into the icy heart of darkness with Mr. Freeze. Eat the forbidden fruit offered by the sinister and seductive Poison Ivy in a tale illustrated by Tula Lotay (BODIES). Take a journey to the far side of sanity with the Mad Hatter through art by comics superstar Giuseppe Camuncoli (BATMAN: EUROPA). Then, finally, the demonic mind behind these master criminals’ apocalyptic ambitions is revealed... _x000D__x000D_ He is Gotham City’s guardian. He is the Justice League’s Dark Knight. He is Batman, one of the most iconic characters in history. But without his equally classic foes, his legend would be incomplete. _x000D__x000D_ ALL-STAR BATMAN VOL. 2: ENDS OF THE EARTH (Rebirth) is Batman at his best—and his villains at their worst! Collects issues #6-9 of the ongoing series, including the conclusion to “The Cursed Wheel” drawn by Francesco Francavilla (BATMAN: THE BLACK MIRROR).