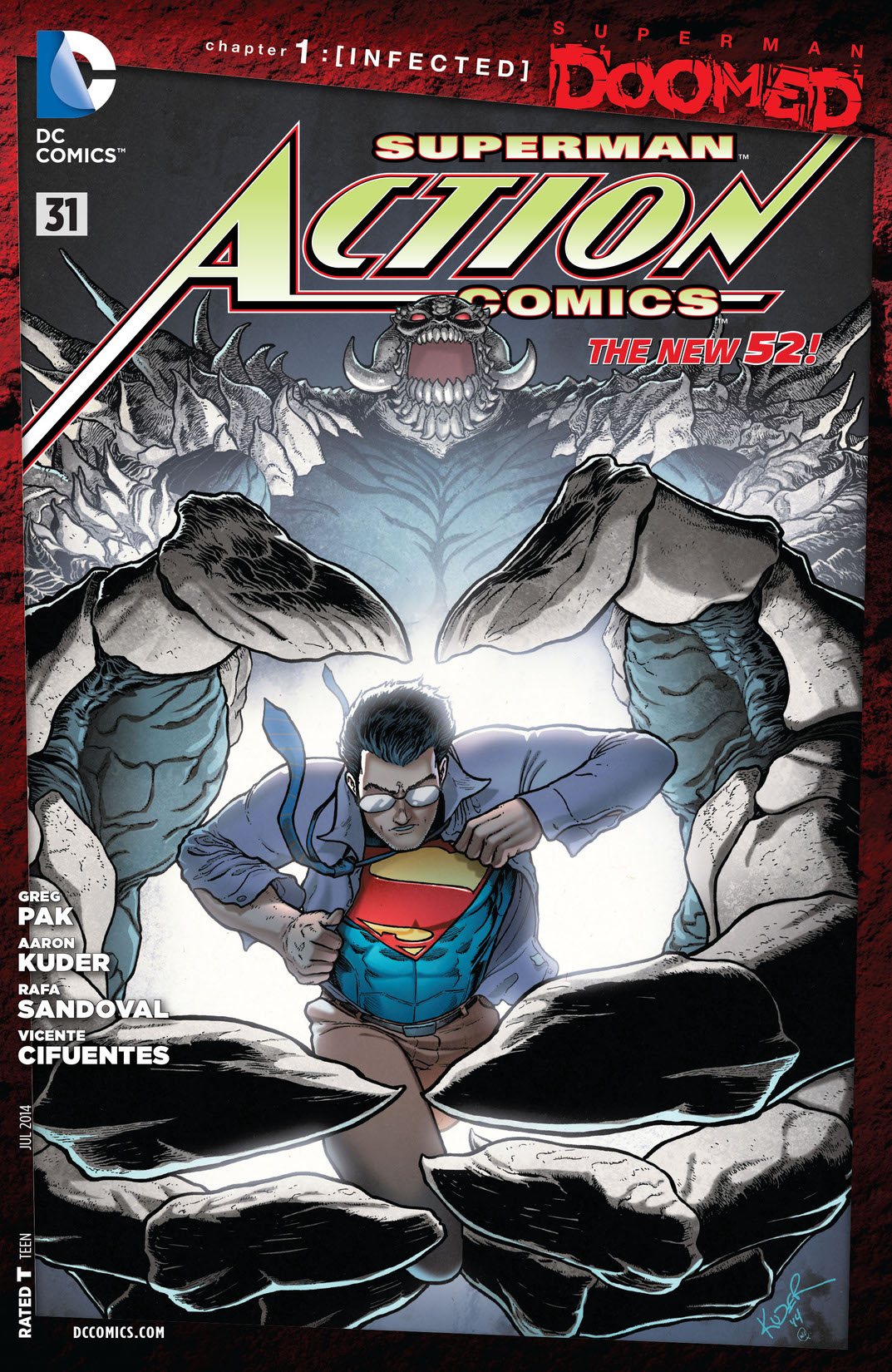 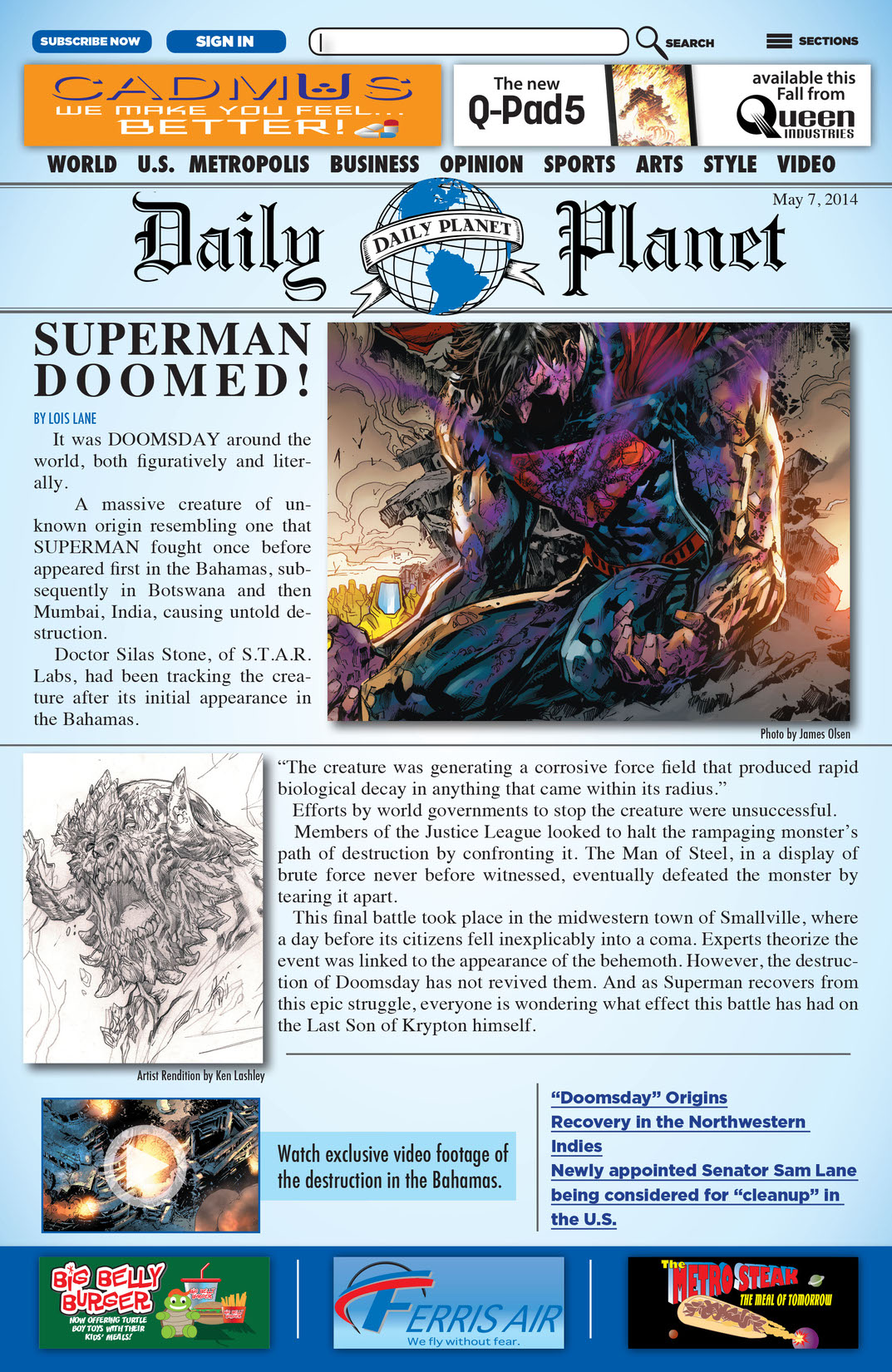 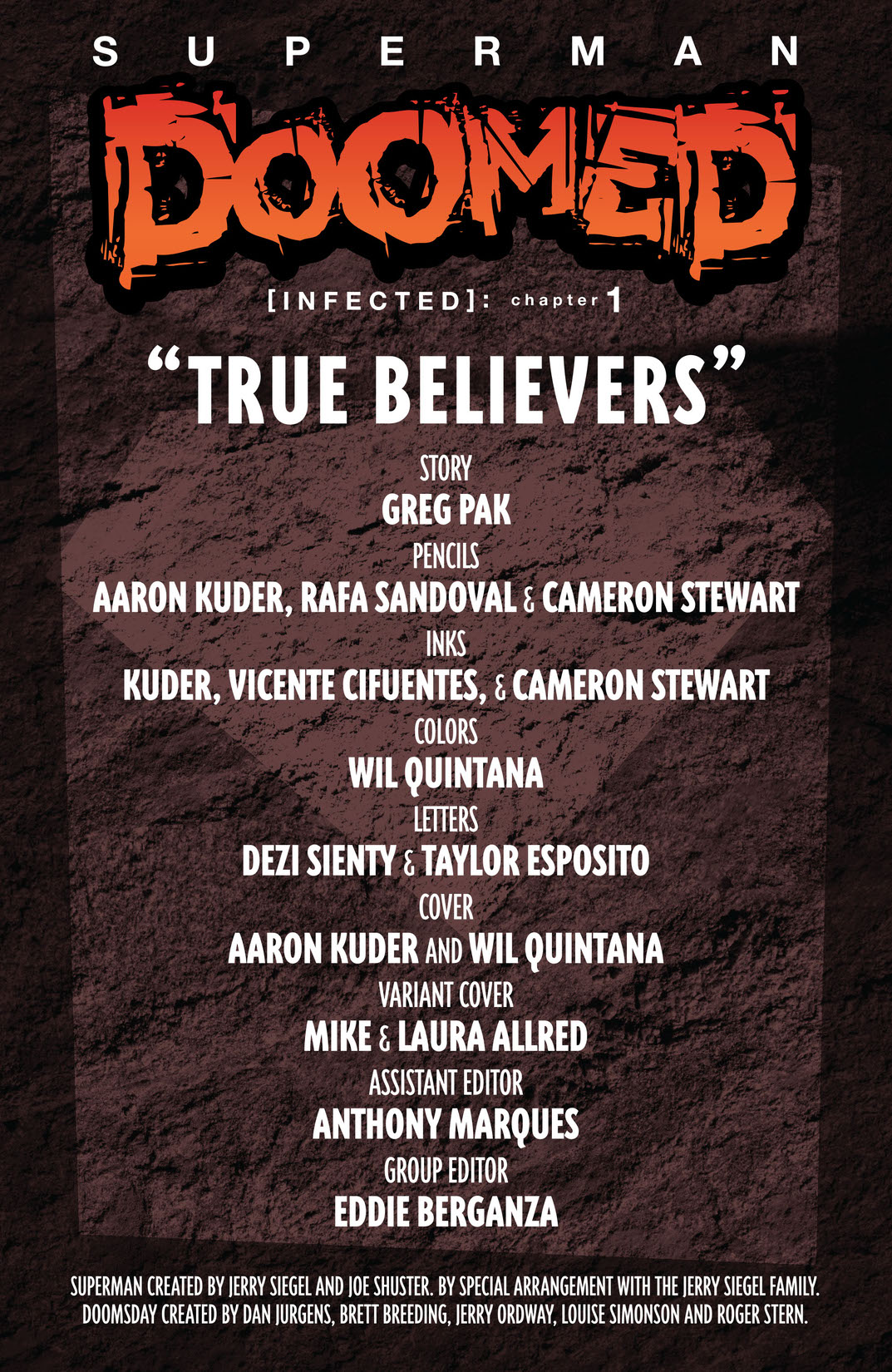 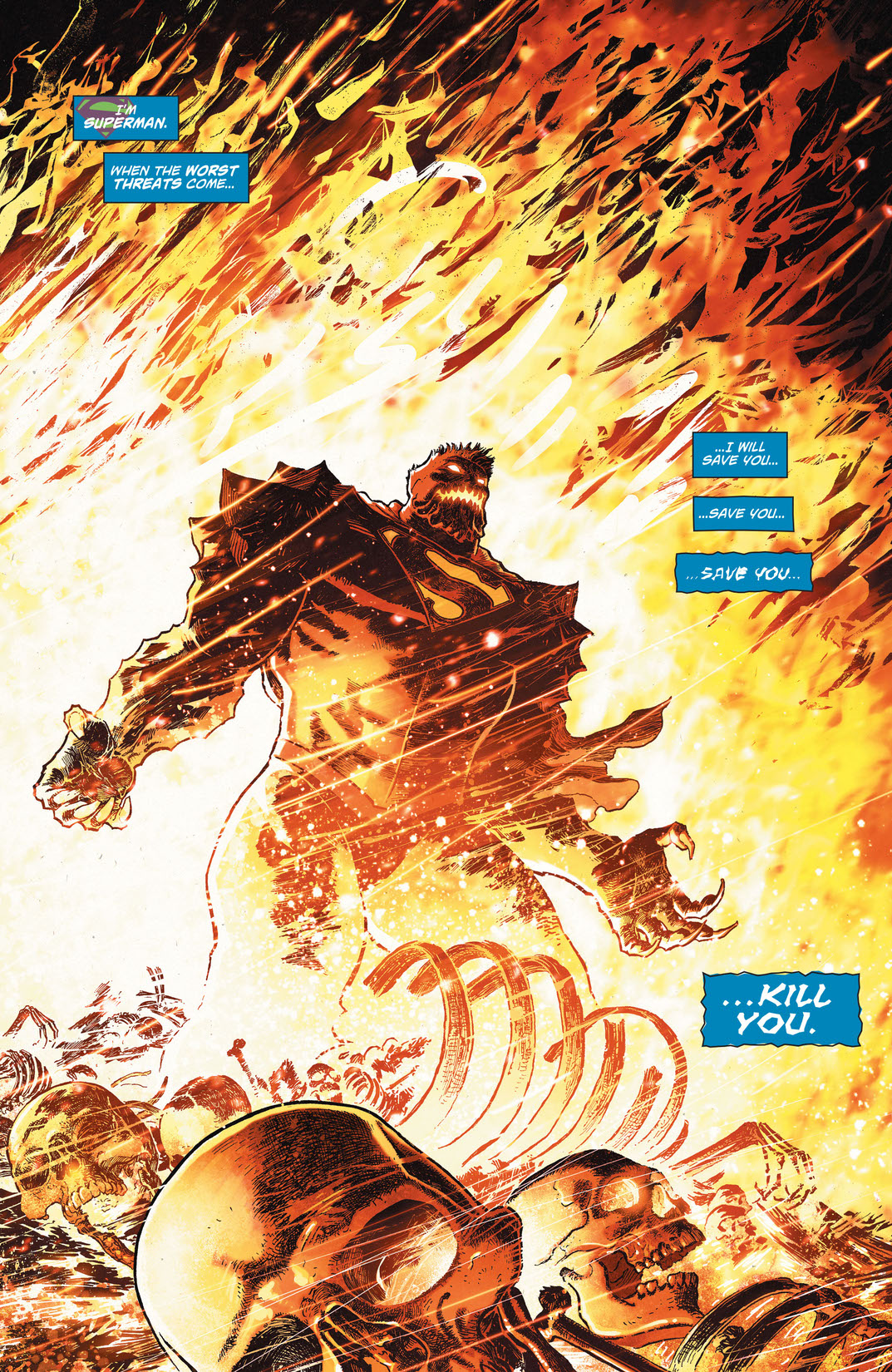 "Superman: Doomed!" part 2, continued from SUPERMAN: DOOMED (2014) #1. Superman barely survived his battle with Doomsday and now realizes that his wounds are not healing. Not only that, but he's also suffering disturbing physical and emotional side effects, and changing into something he never expected. Continued in SUPERMAN/WONDER WOMAN (2013- ) #8!