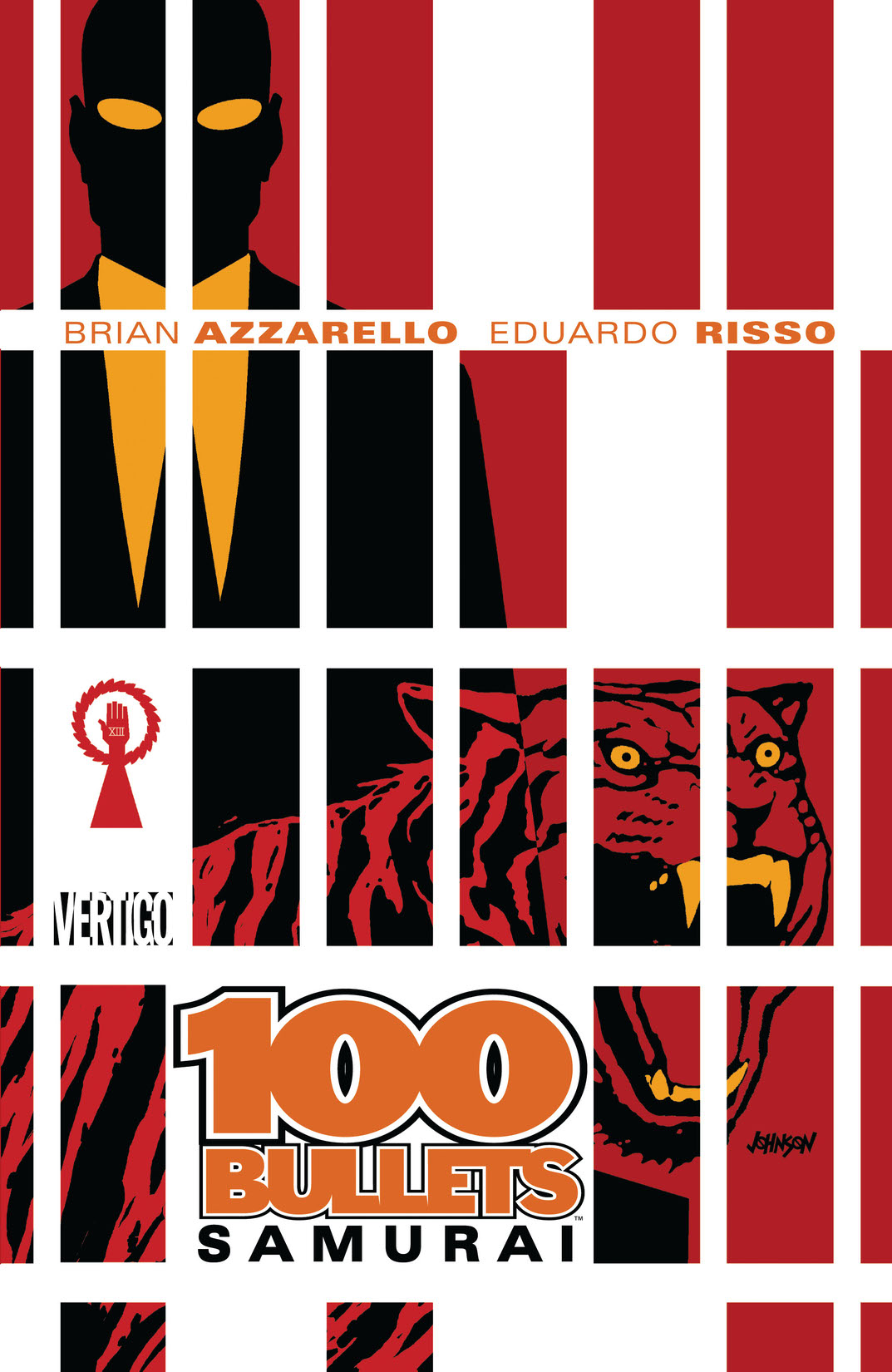 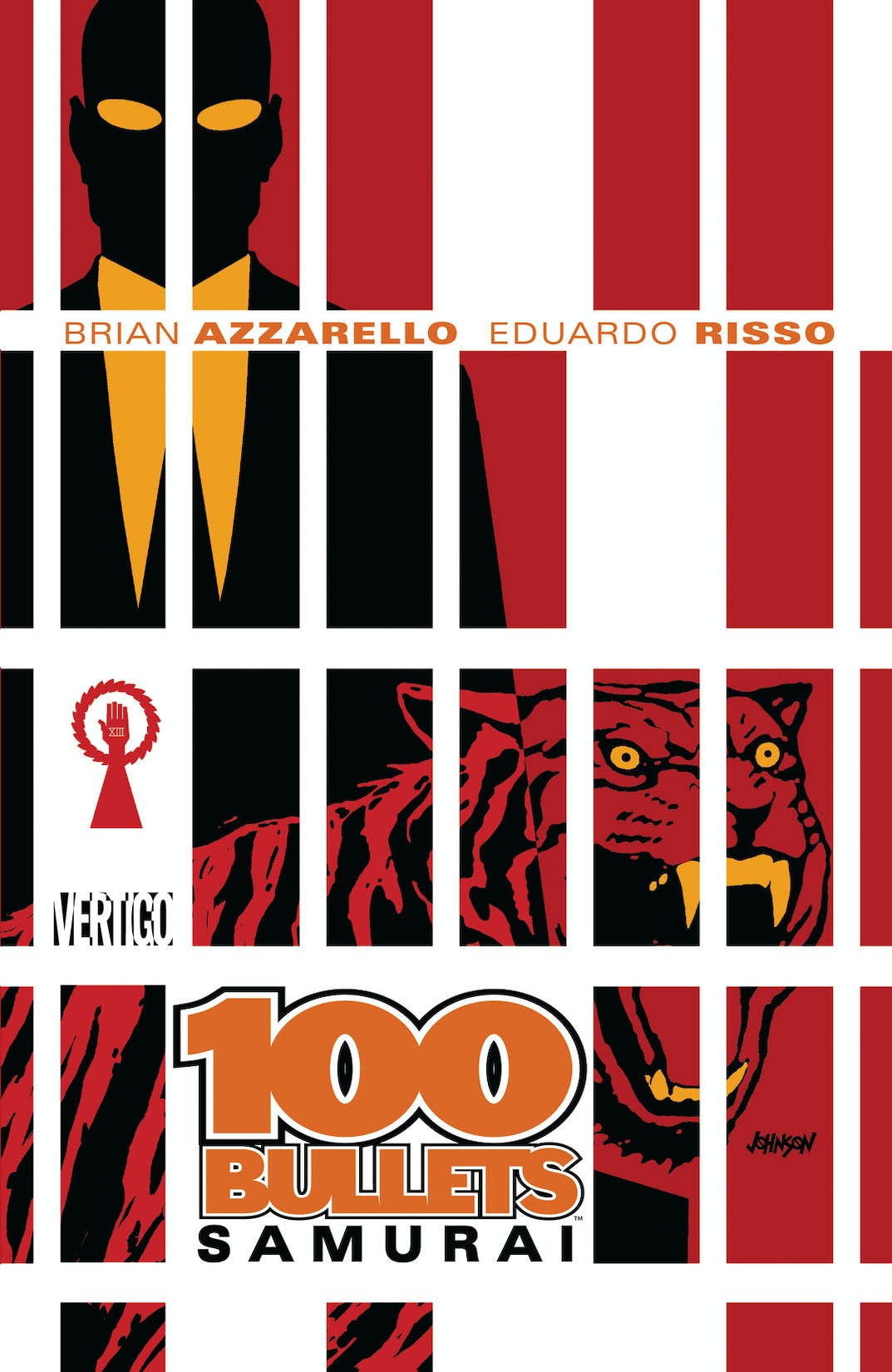 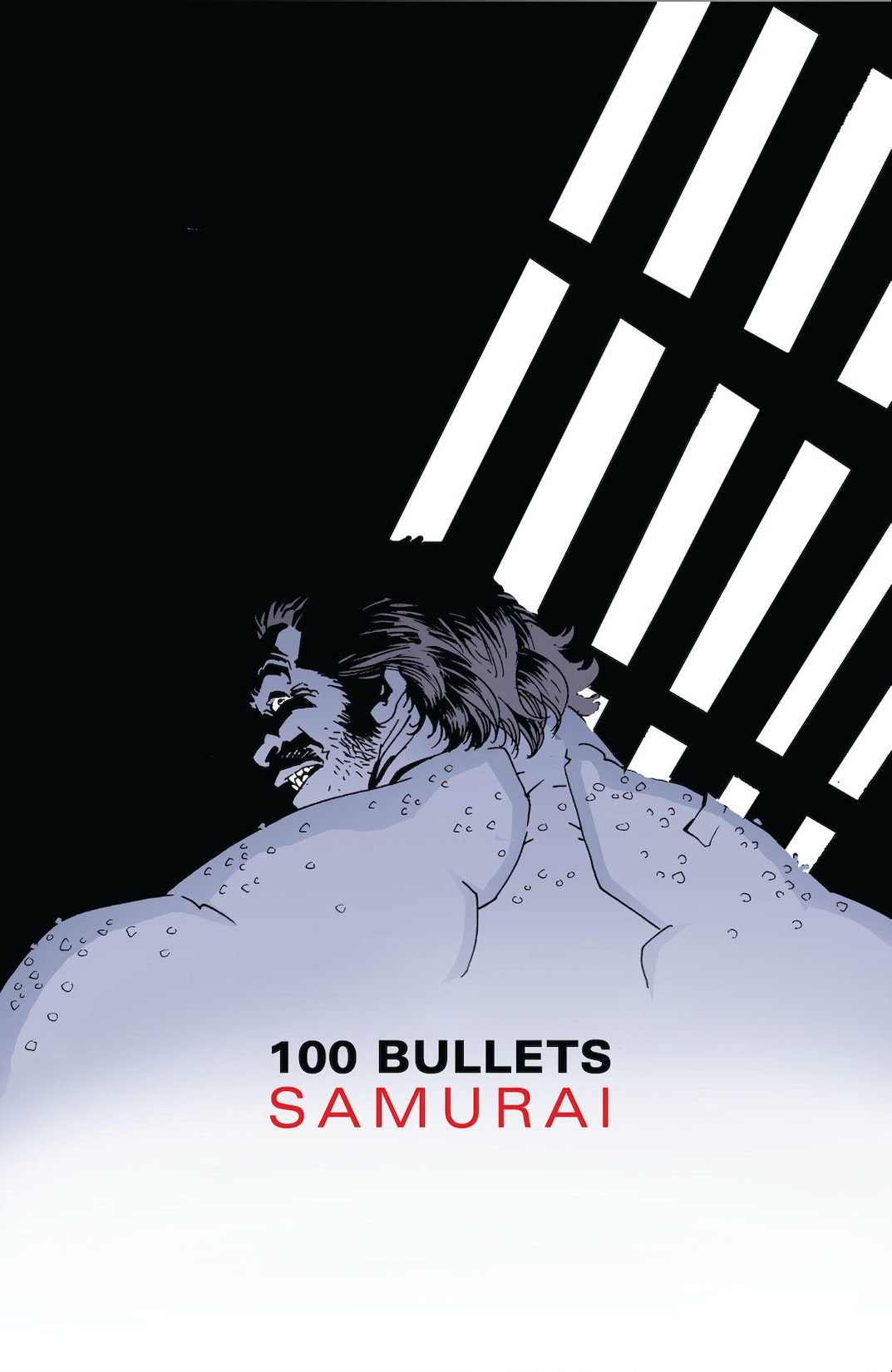 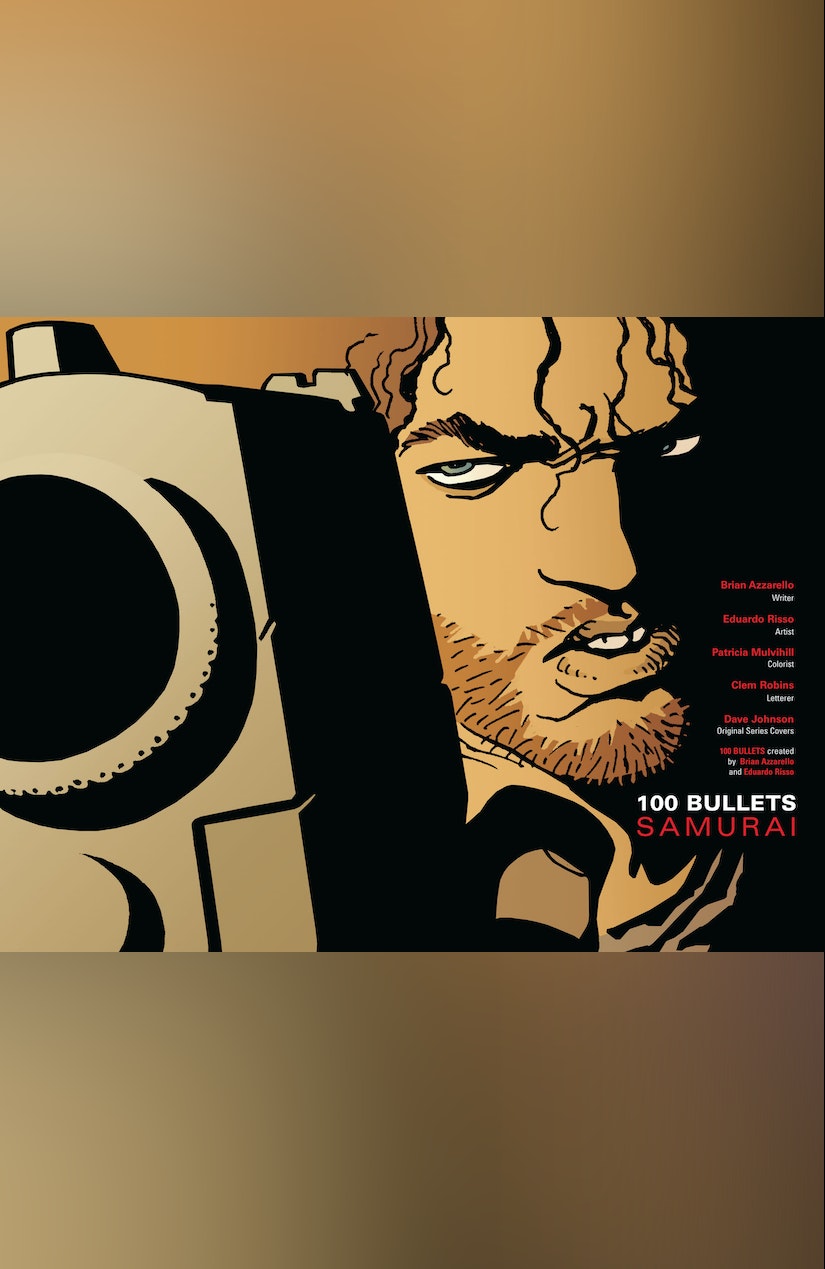 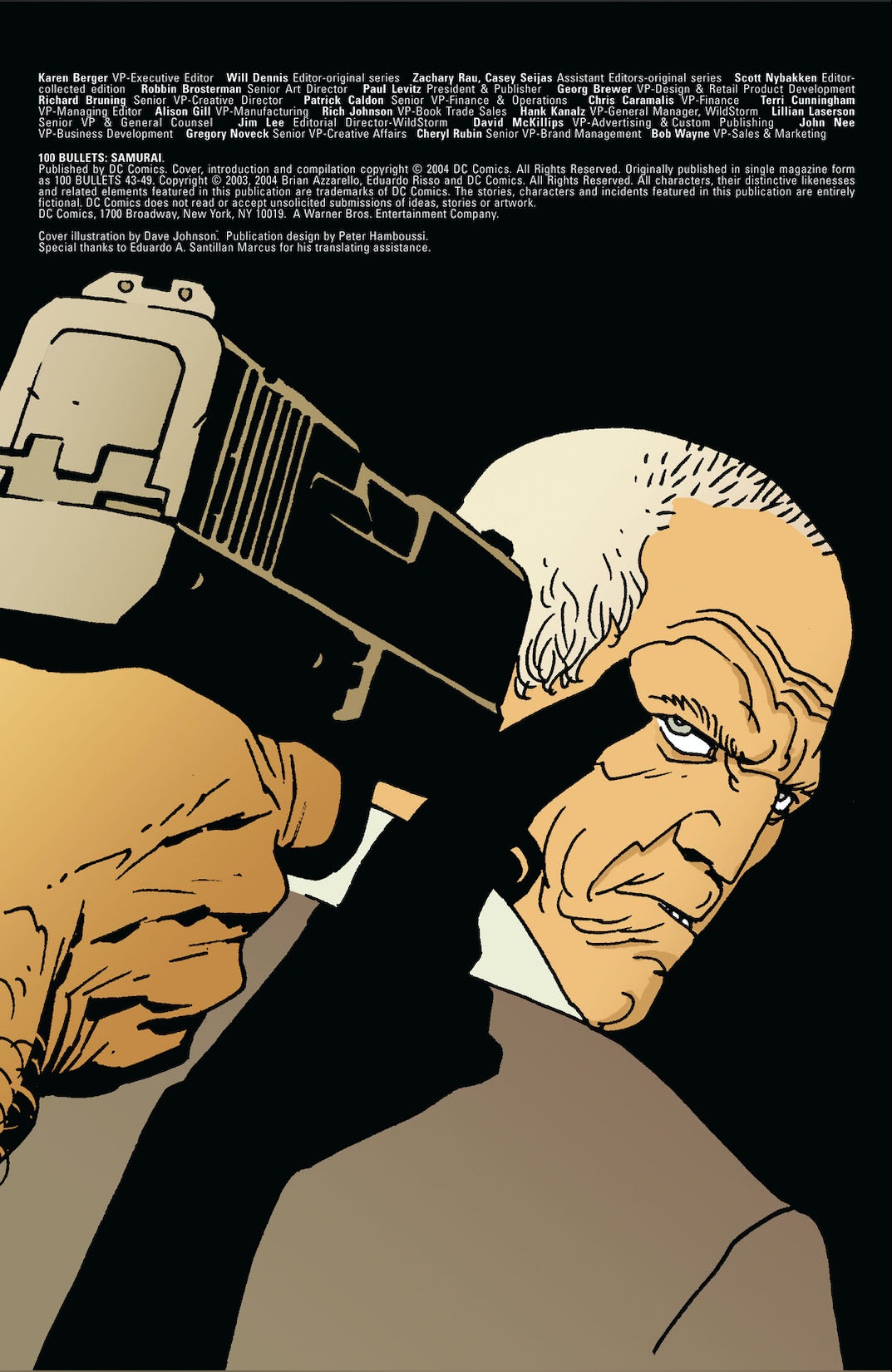 Brian Azzarello's and Eduardo Risso's VERTIGO crime saga 100 BULLETS continues its collected editions with 100 BULLETS: SAMURAI, reprinting issues #43-49 of the critically acclaimed and award-winning ongoing series. This seventh volume, featuringthe story arcs 'Chill in the Oven' and 'In Stinked,' features a new cover by Dave Johnson and an introduction by legendary Argentinean comics writer Carlos Trillo. This volume returns first to the character of Loop Hughes, who is joined in prison byLono, and then to Jack Daw, who finds himself in a roadside zoo face to face with several varieties of wild animals--both two- and four-legged!