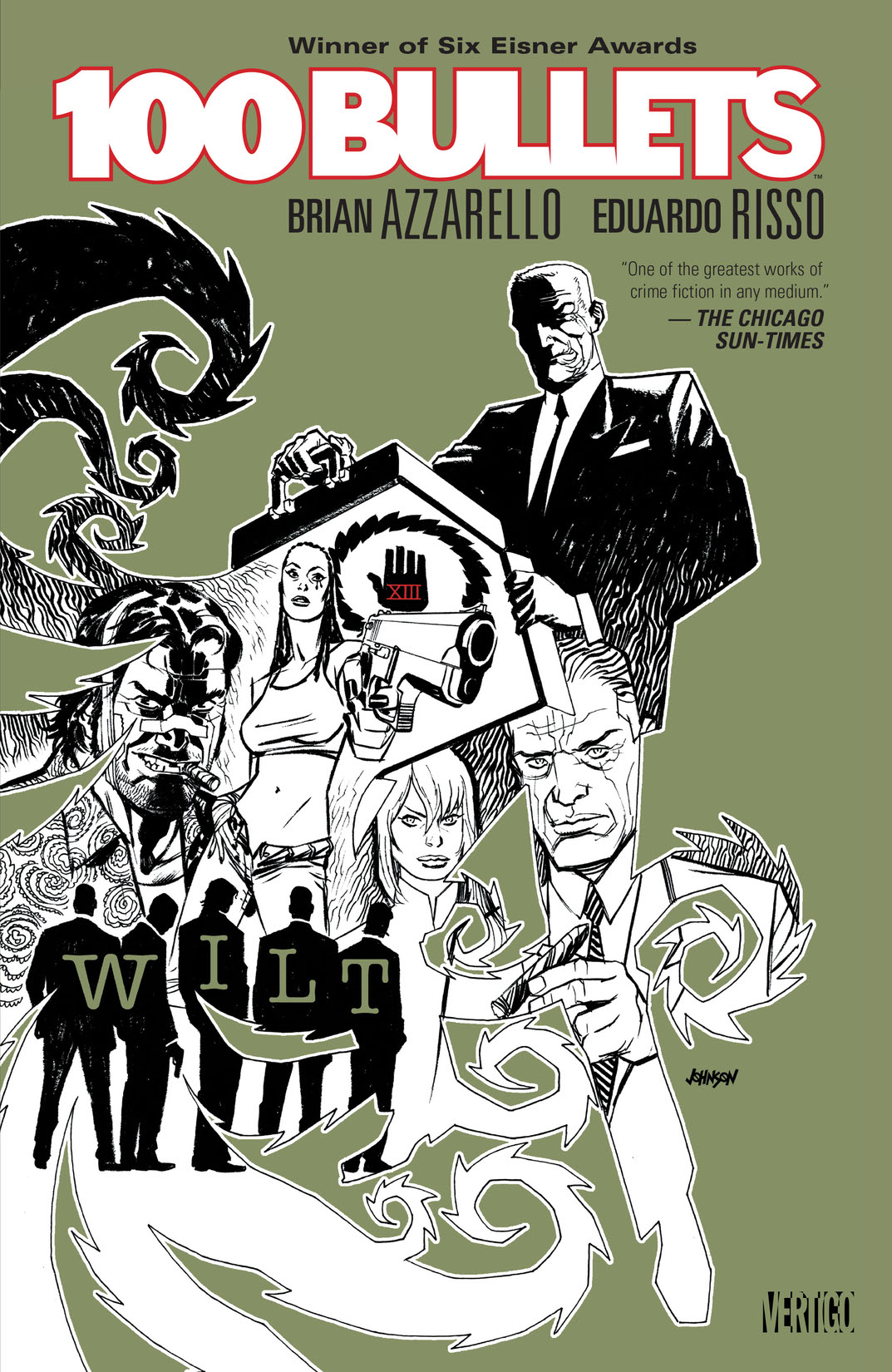 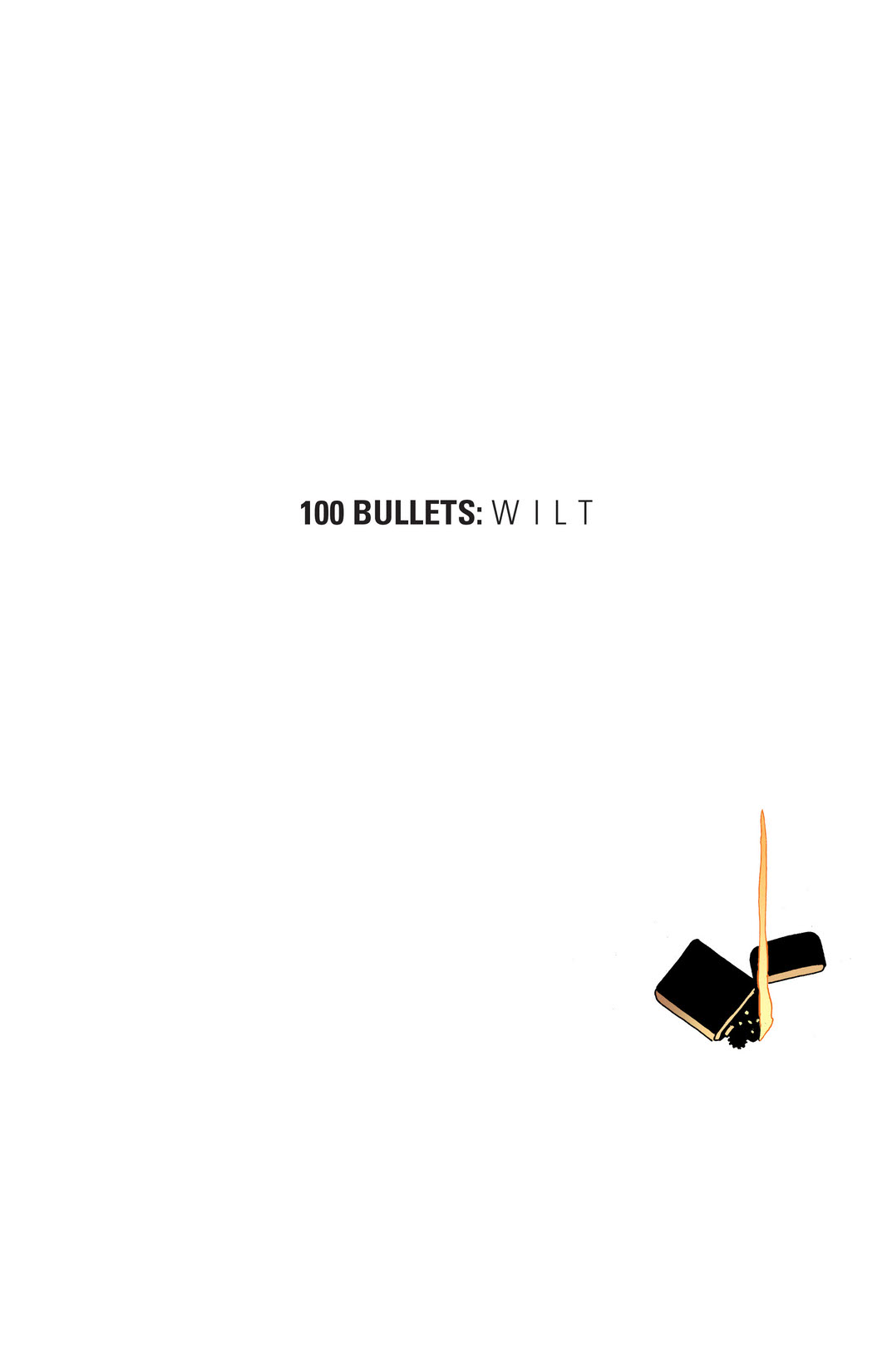 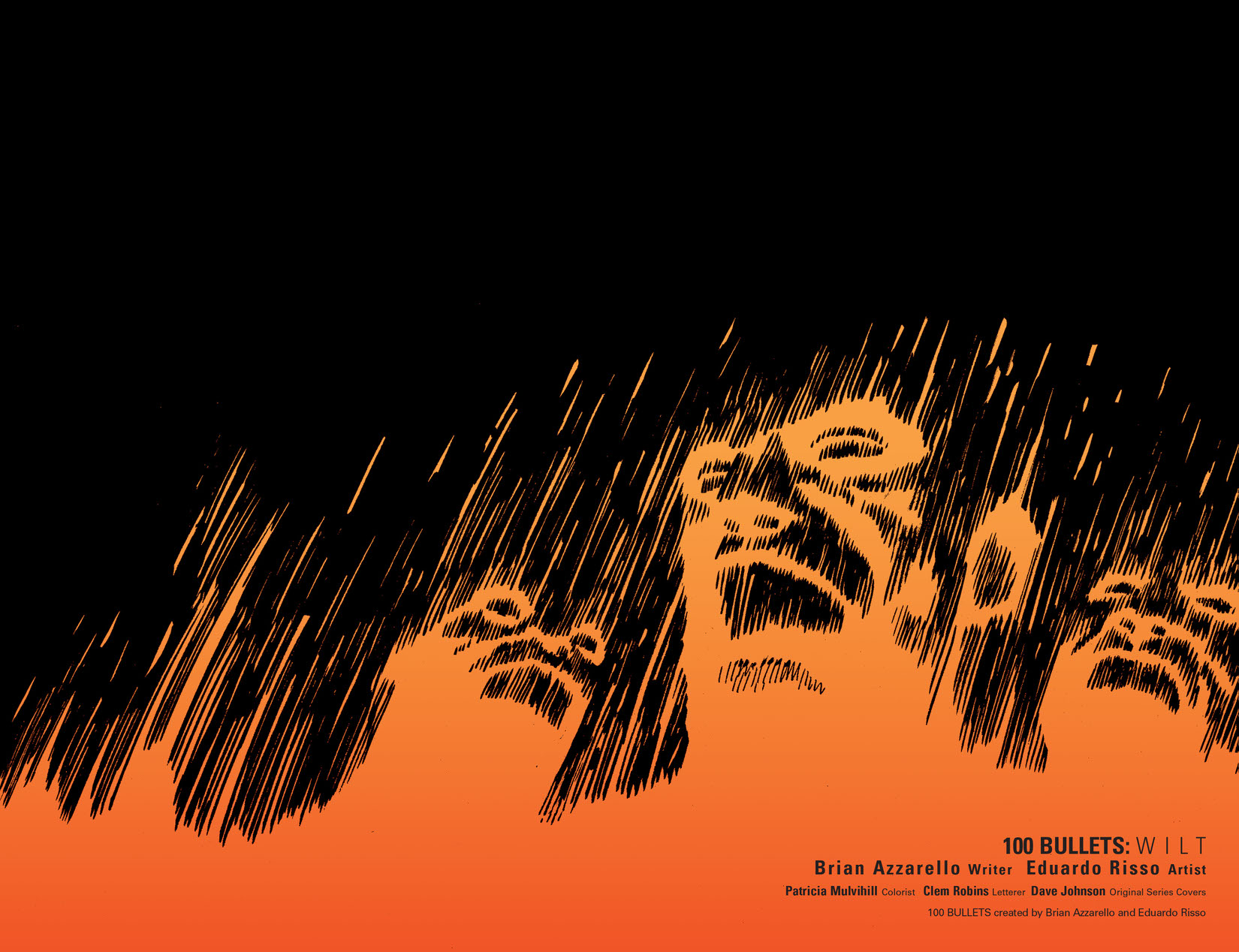 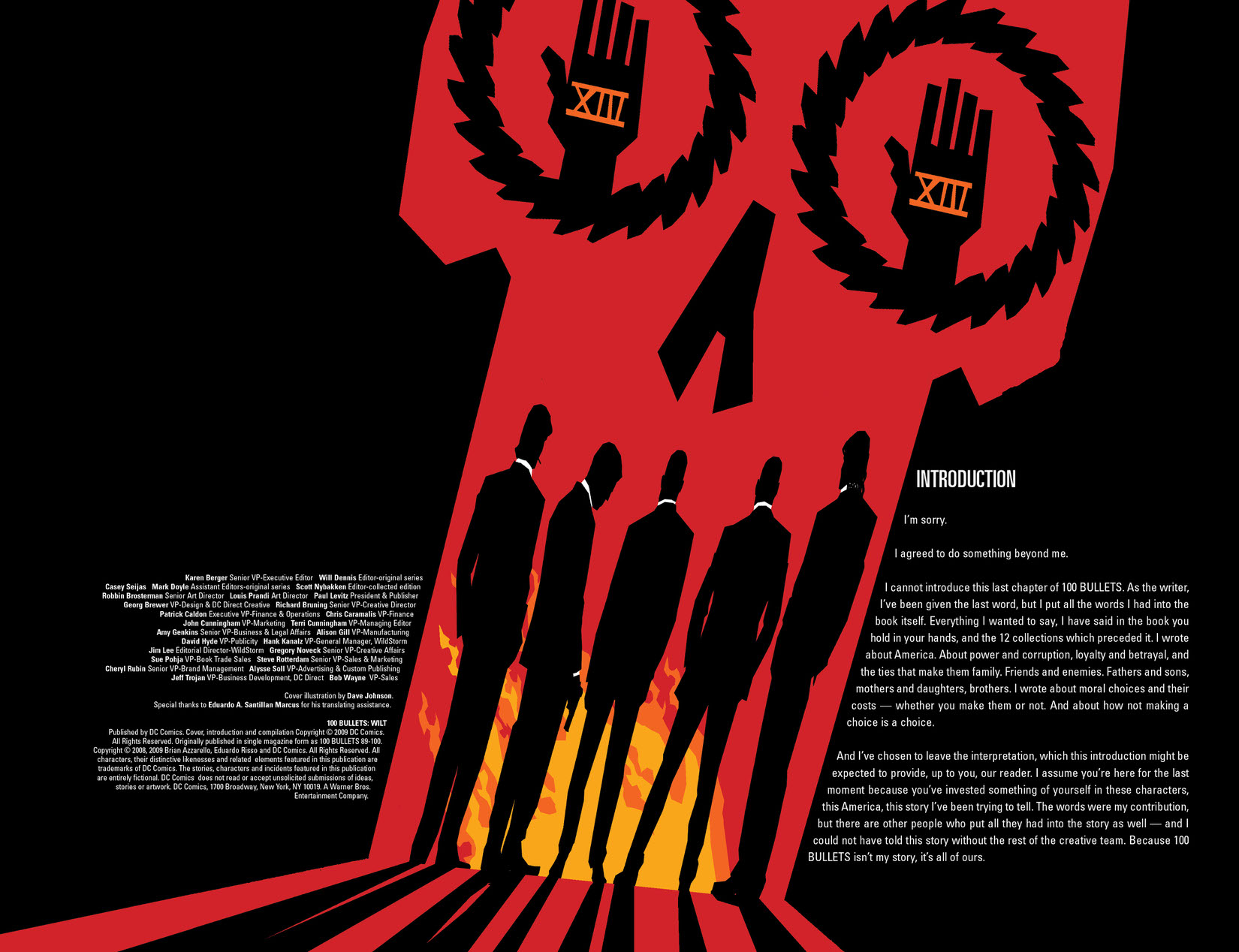 Brian Azzarello and Eduardo Risso's riveting crime saga '100 Bullets' reaches its epic conclusion!This dark and intriguing Eisner Award-winning series features a mysterious agent named Graves who approaches ordinary citizens and gives them an opportunity to exact revenge on a person who has wronged them. Offering his clients an attache case containing proof of the deed and a gun, he guarantees his 'clients' full immunity for all of their actions, including murder. In this final volume, we learn more about the past history of The Trust and the Minutemen's place in contemporary history as secrets are revealed about what really caused Graves' war with the Trust.