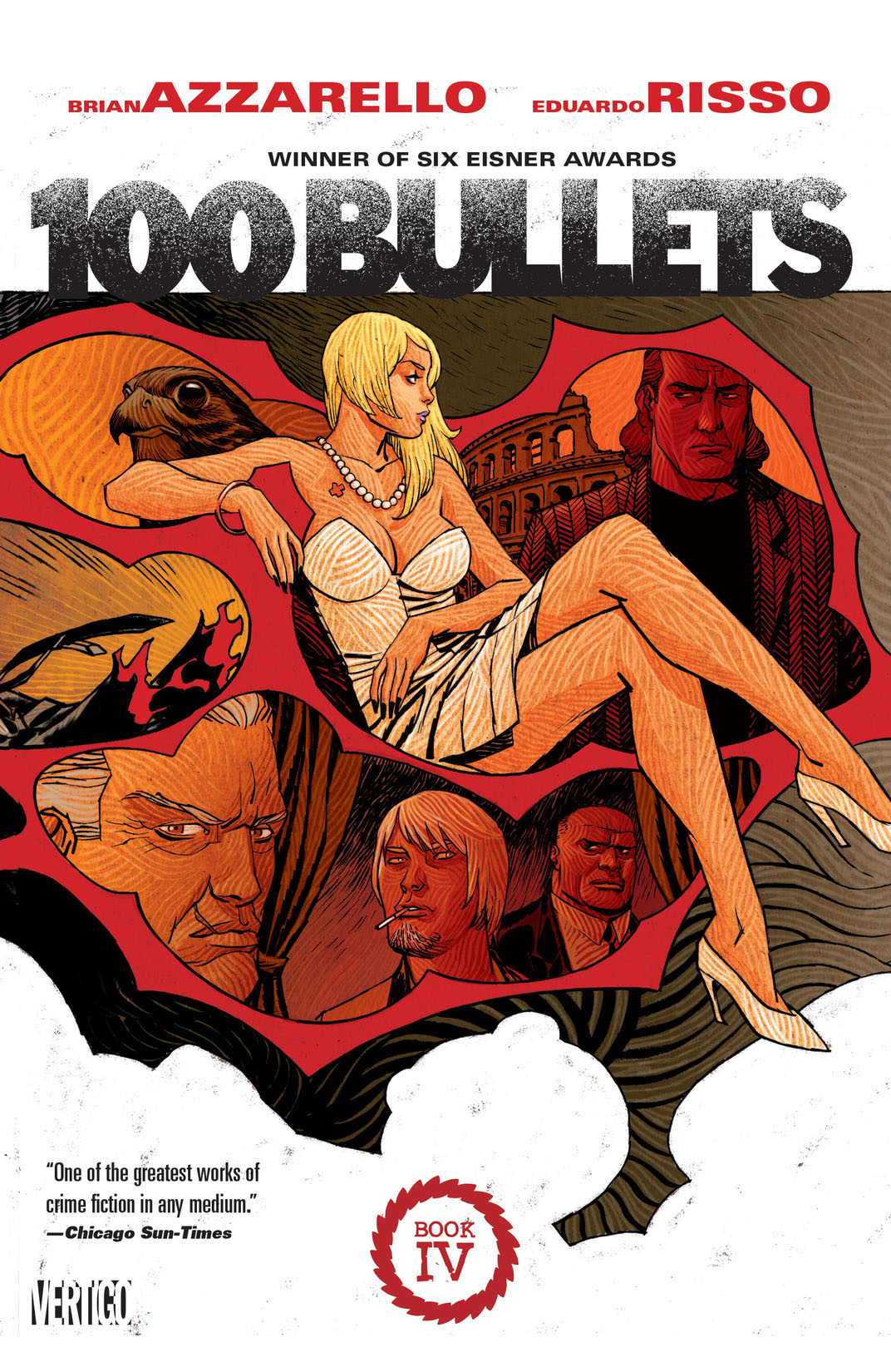 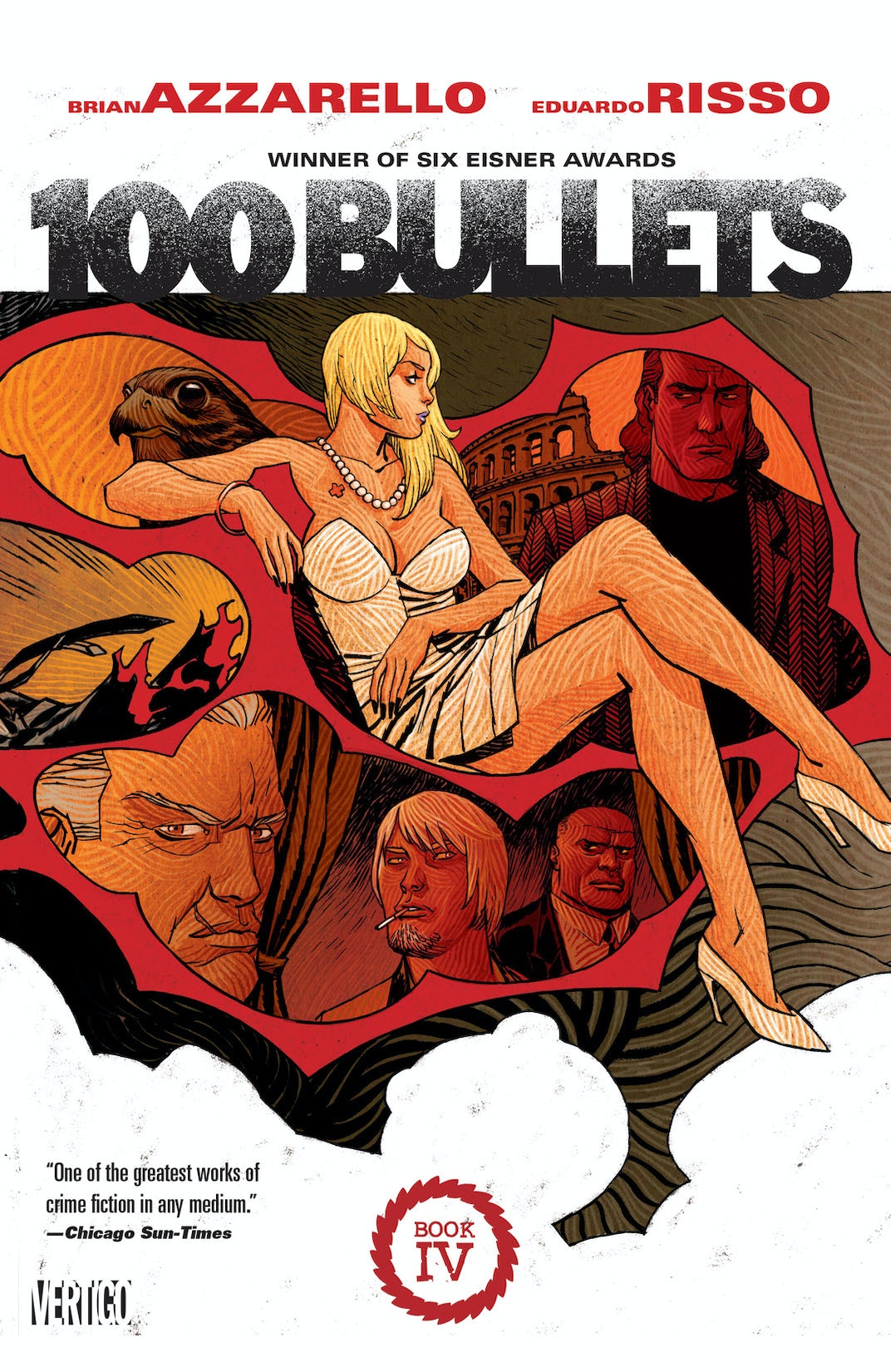 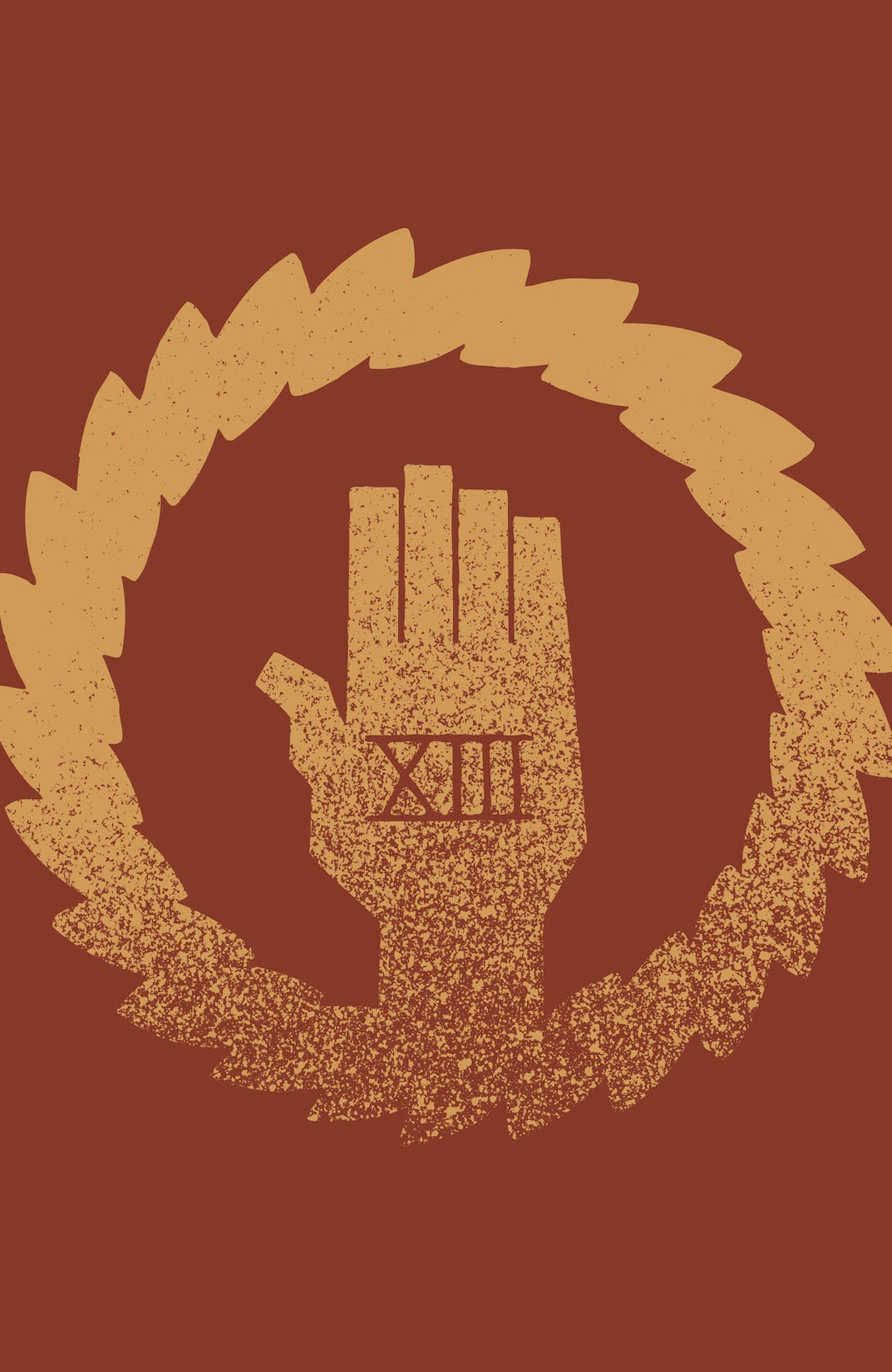 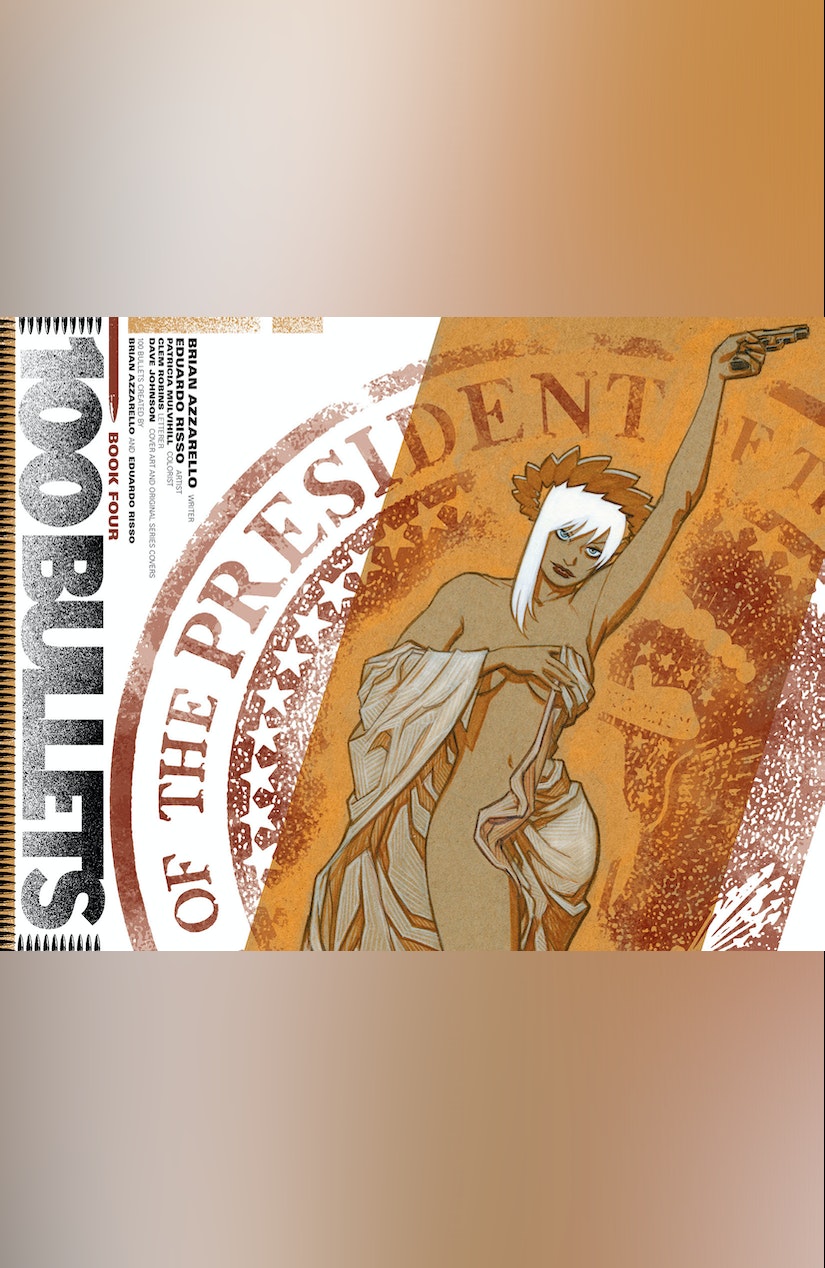 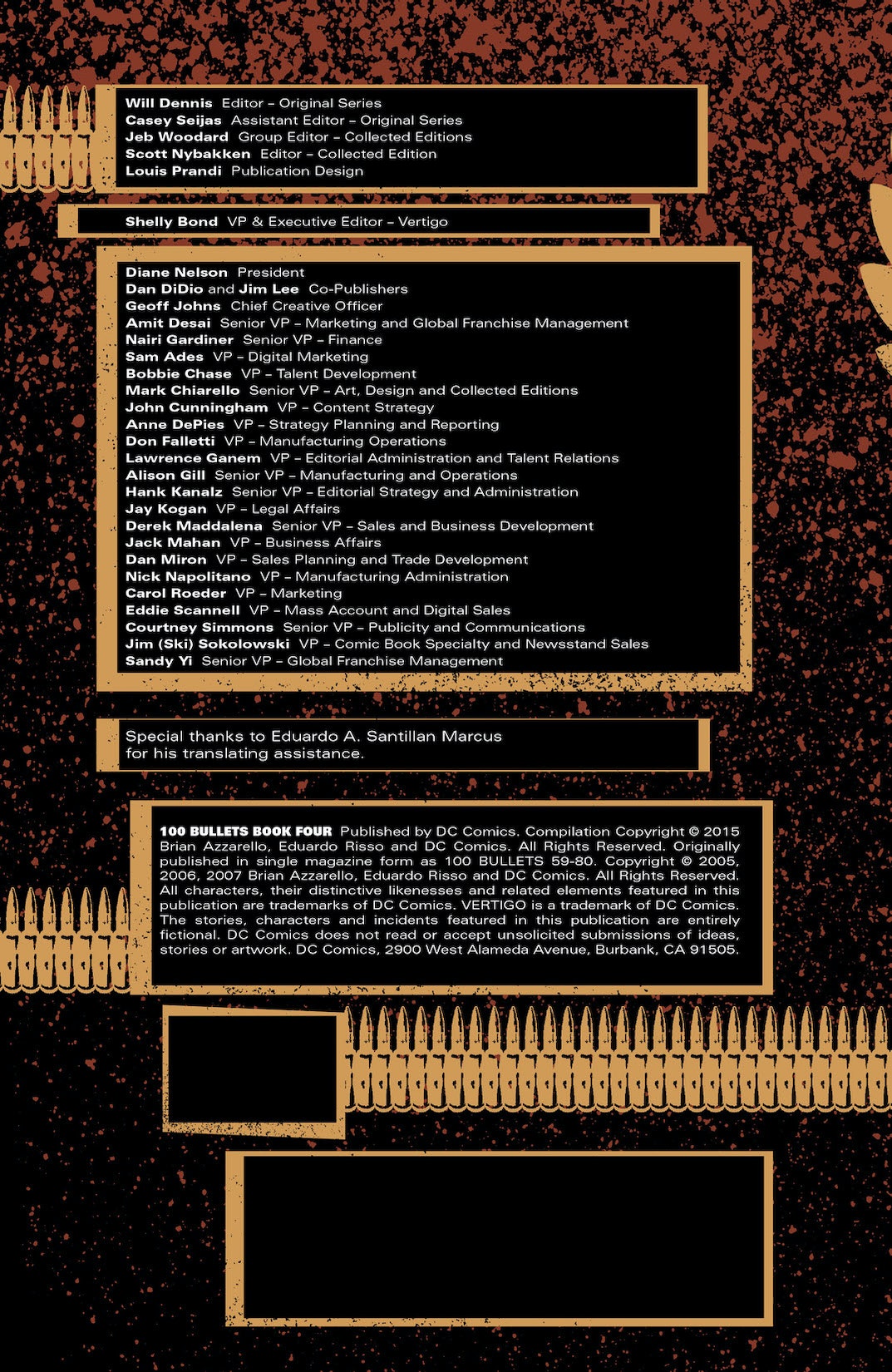 The continuation of the groundbreaking, Eisner Award-winning series-including the pivotal story arcs “A Wake” and “Punch Line.” If you were given a chance at deadly retribution with a guarantee that the law could not touch you, would you take it? That’s the opportunity that a man called Agent Graves provides, in the form of a special briefcase containing an untraceable gun and one hundred rounds of ammunition. To the damaged and downtrodden living on the fringes of society, the offer is a once-in-a-lifetime chance to even their scores. But beyond the dilemma of whether or not to pull the trigger lies a deeper and even more troubling concern: just who is making these actions possible-and why? Collects 100 BULLETS #59-80.