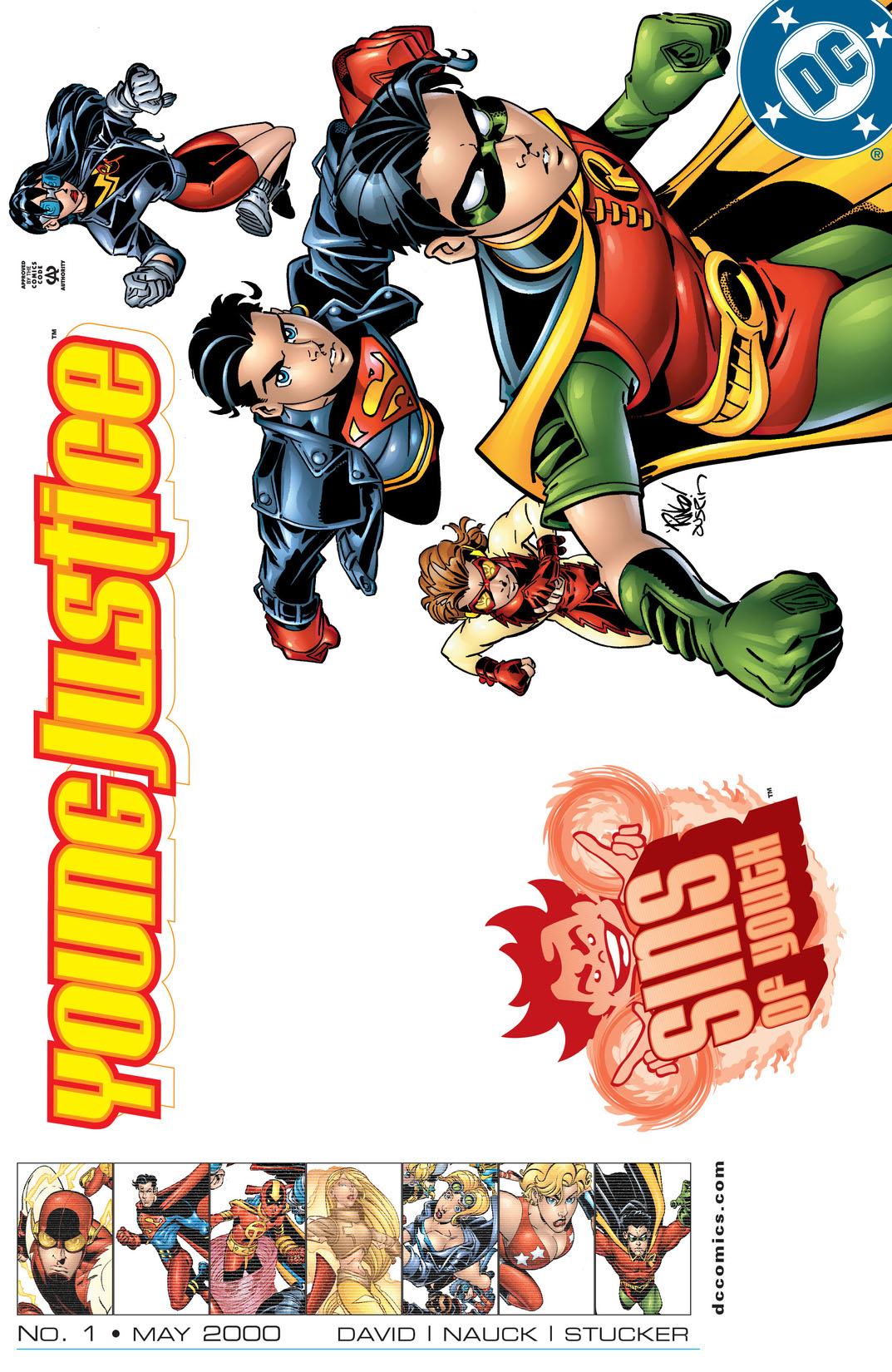 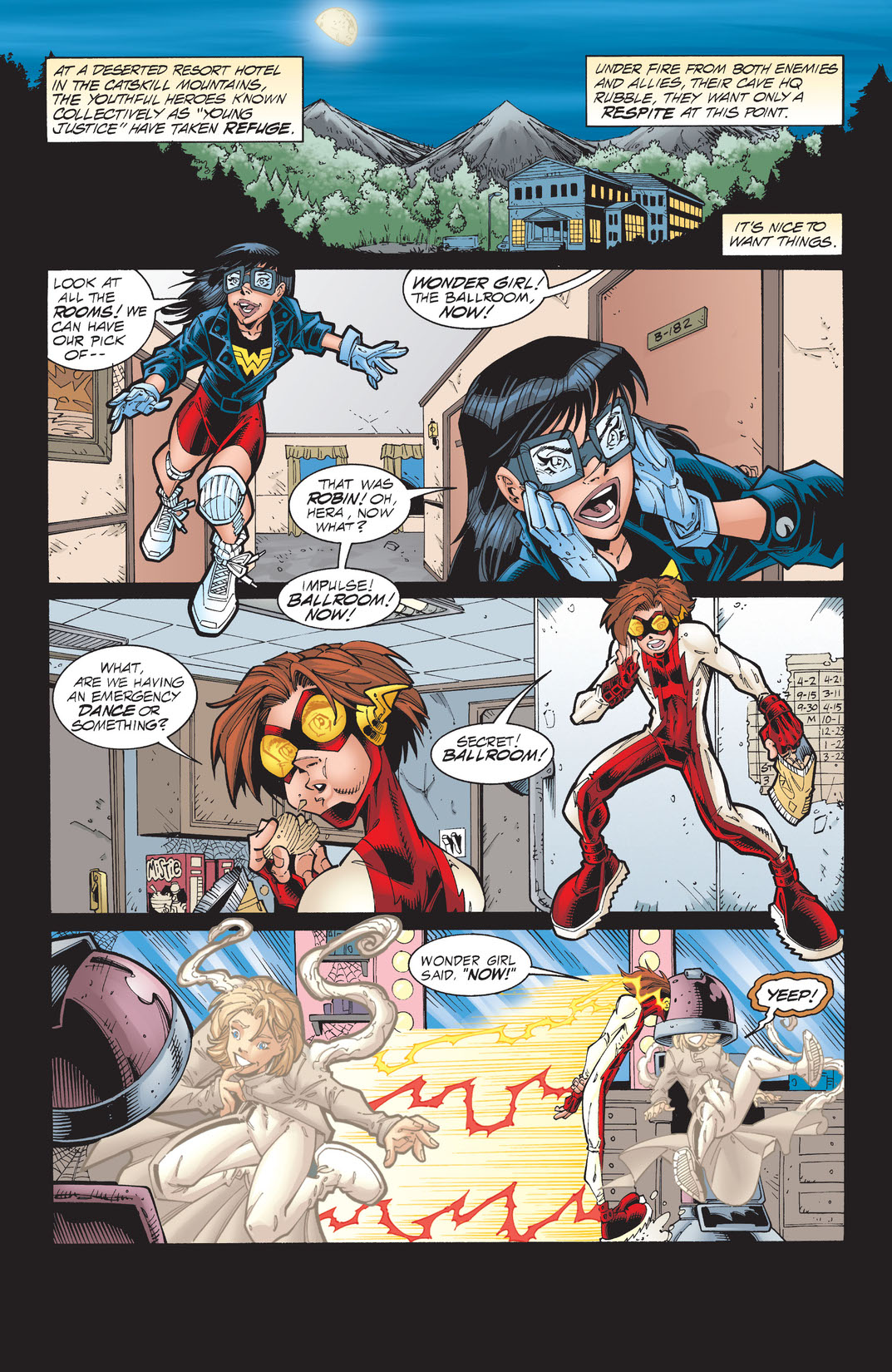 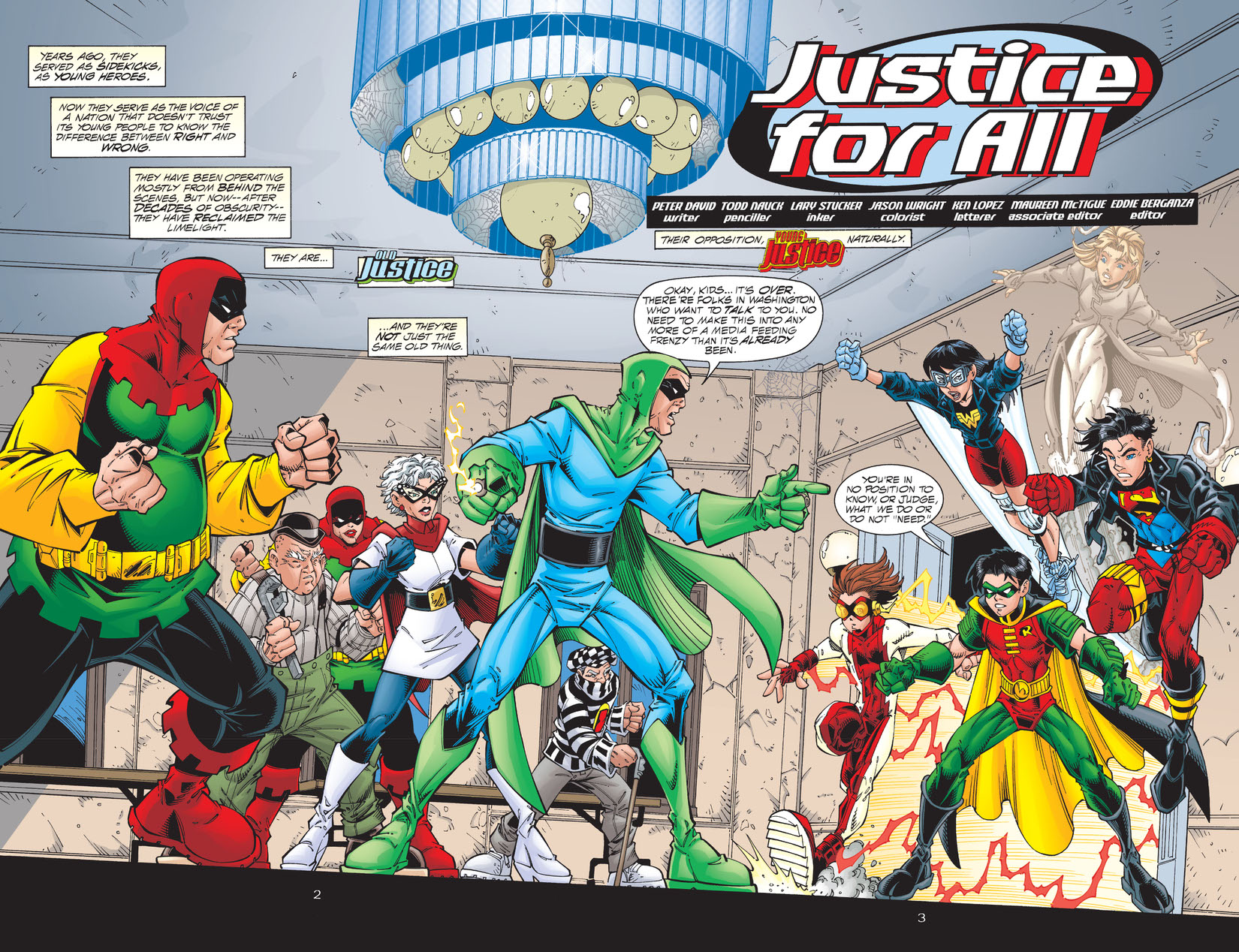 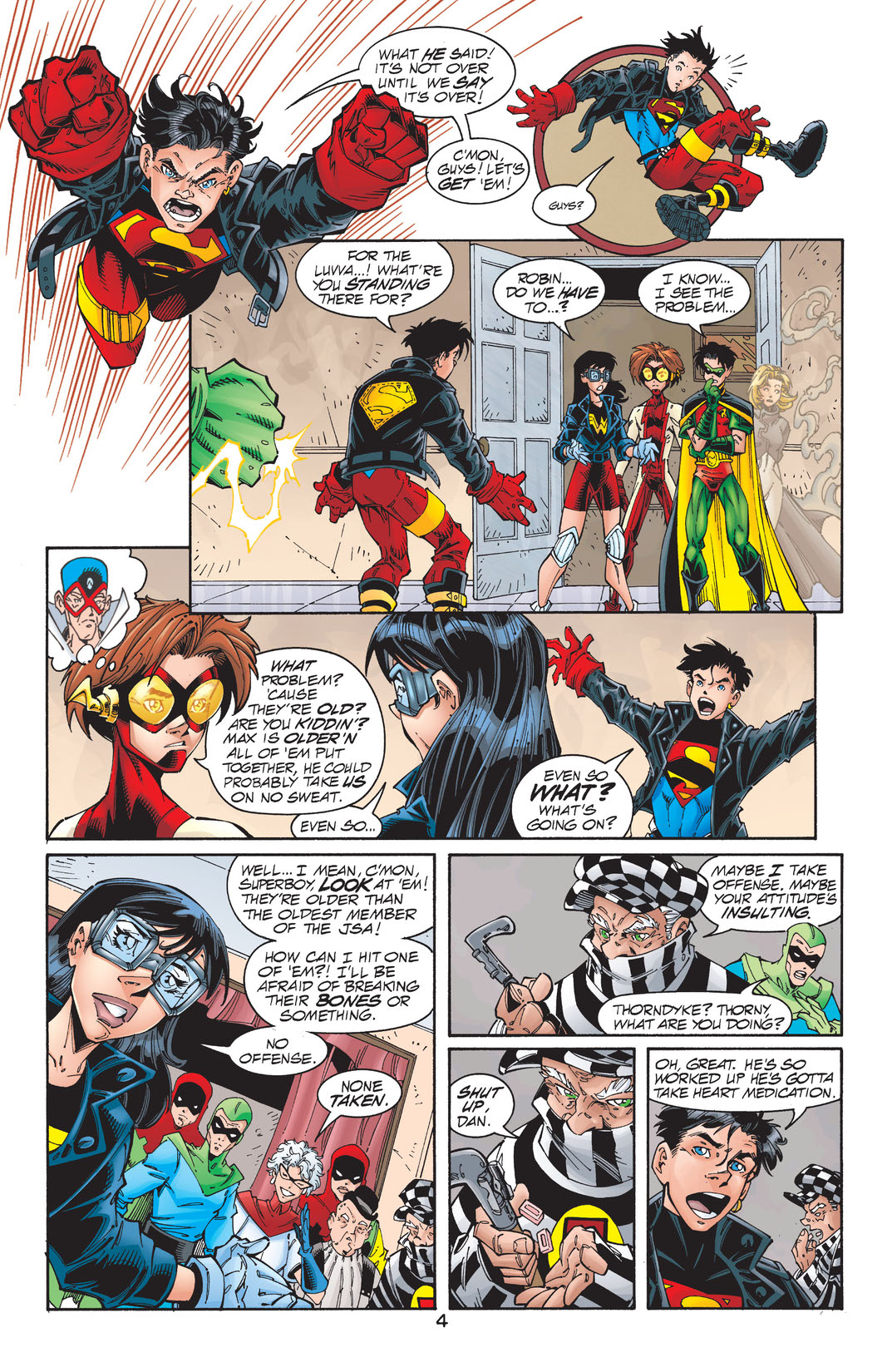 Sins of Youth' part 1 of 12! The media attack on Young Justice heats up while, at the same time, Old Justice and the mysterious group called the Agenda launch a more direct assault on our heroes, leading DC's young heroes to become adults and the elder statesmen and women of the DCU to turn young. Continued in SUPERBOY #74.