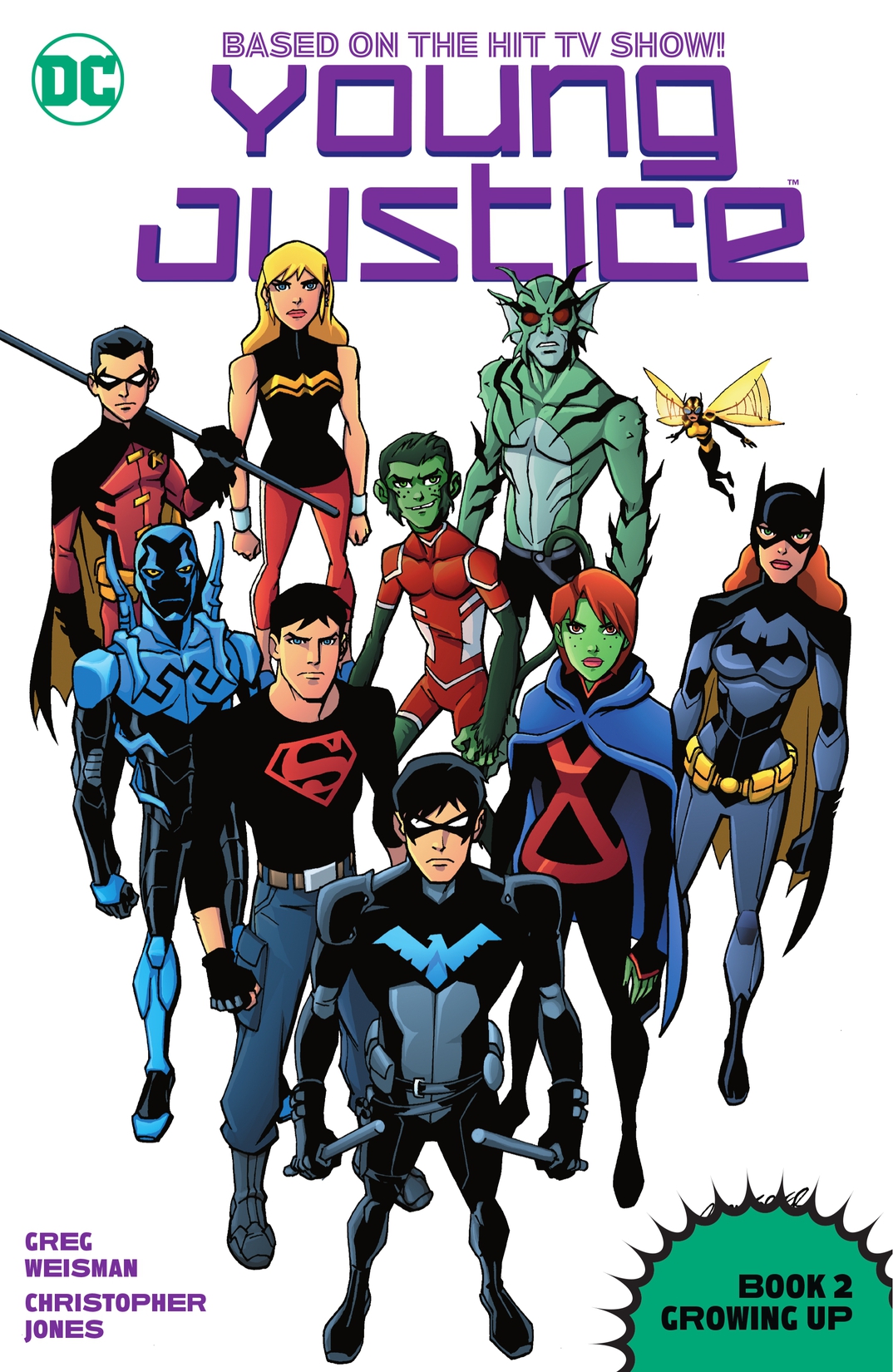 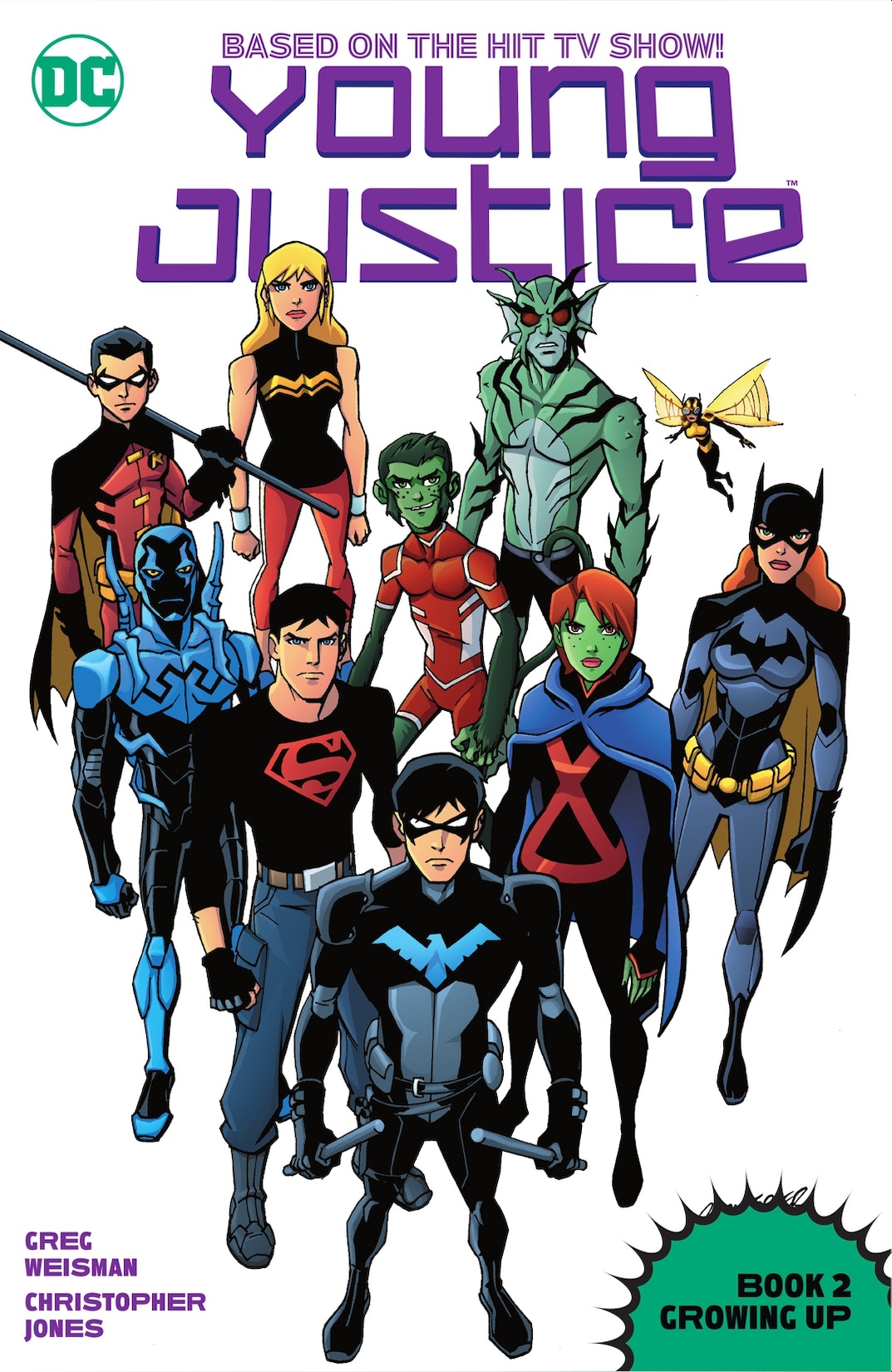 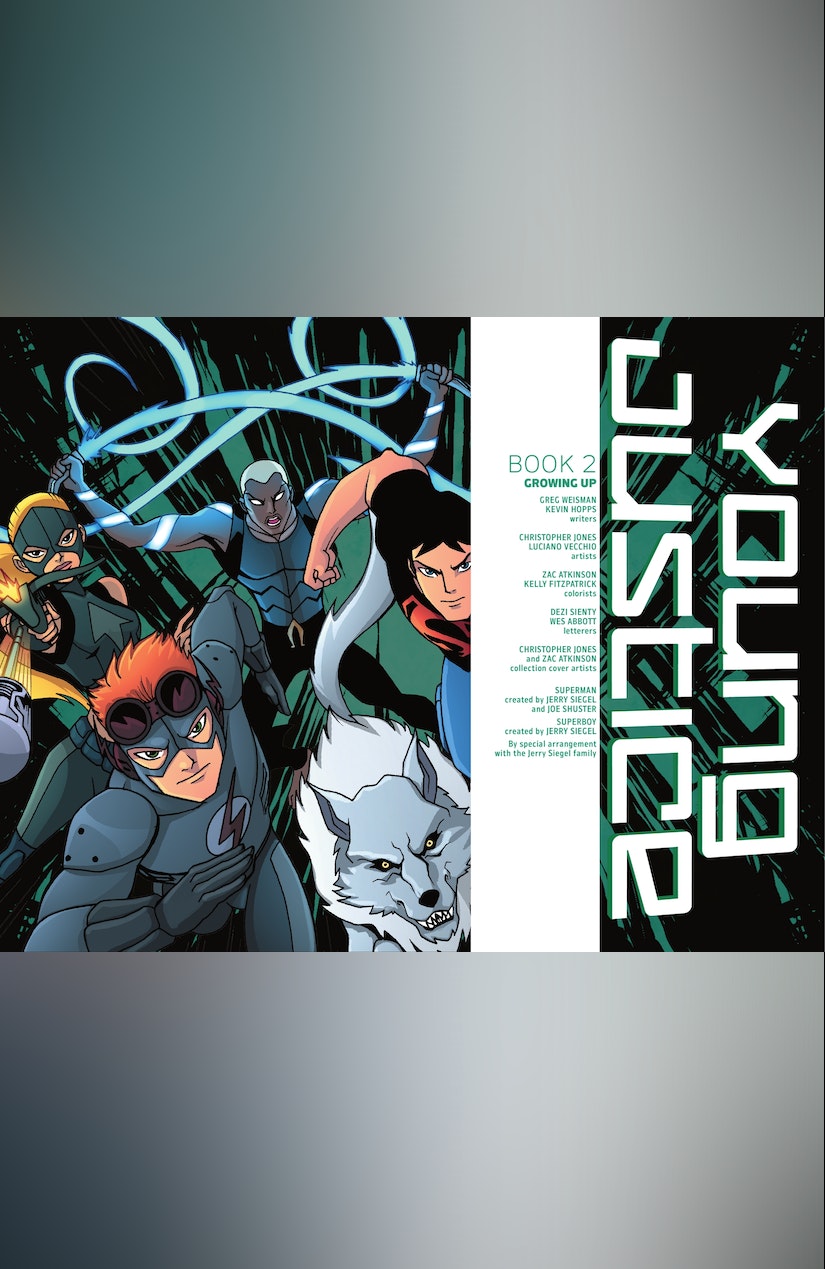 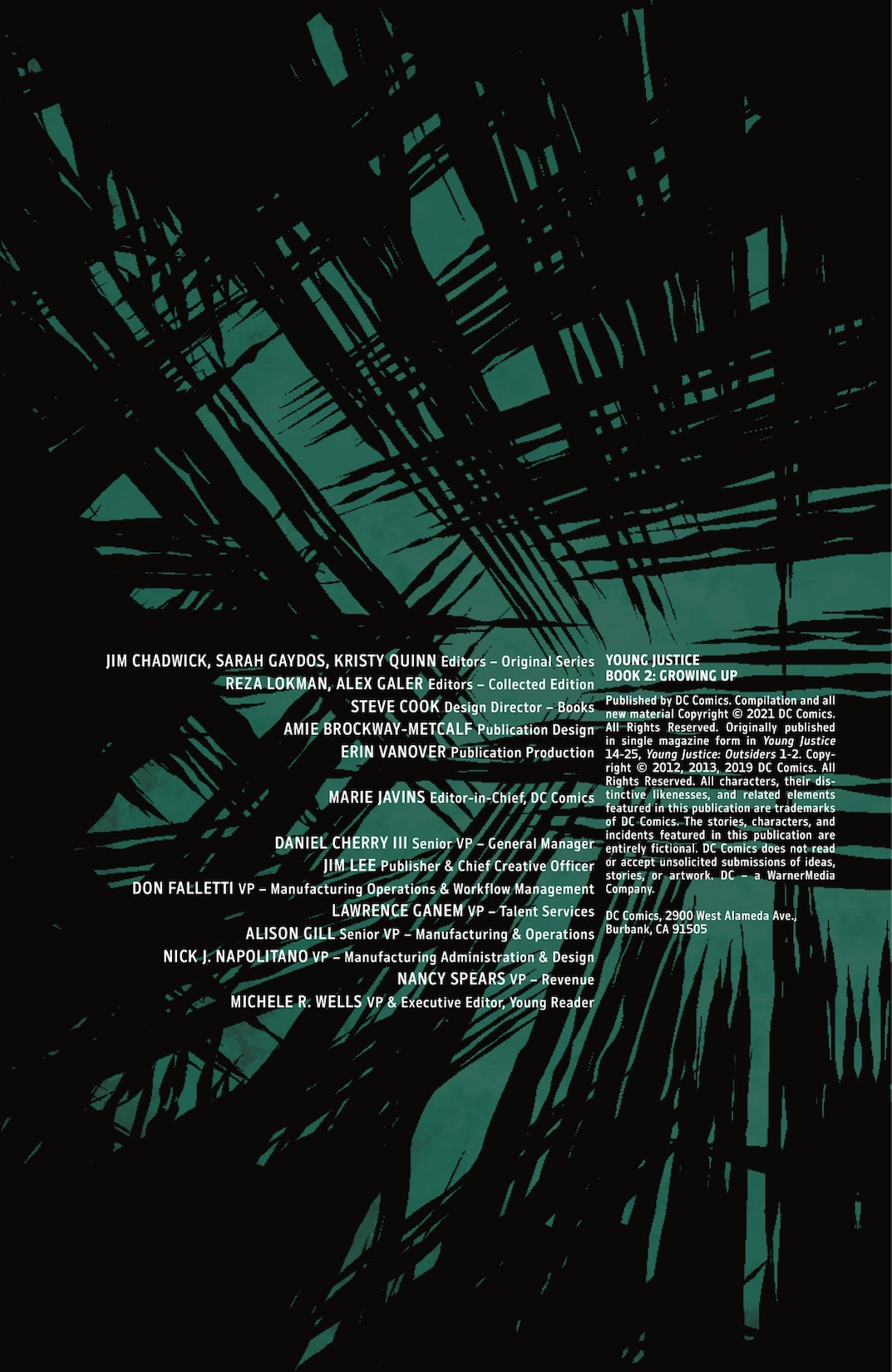 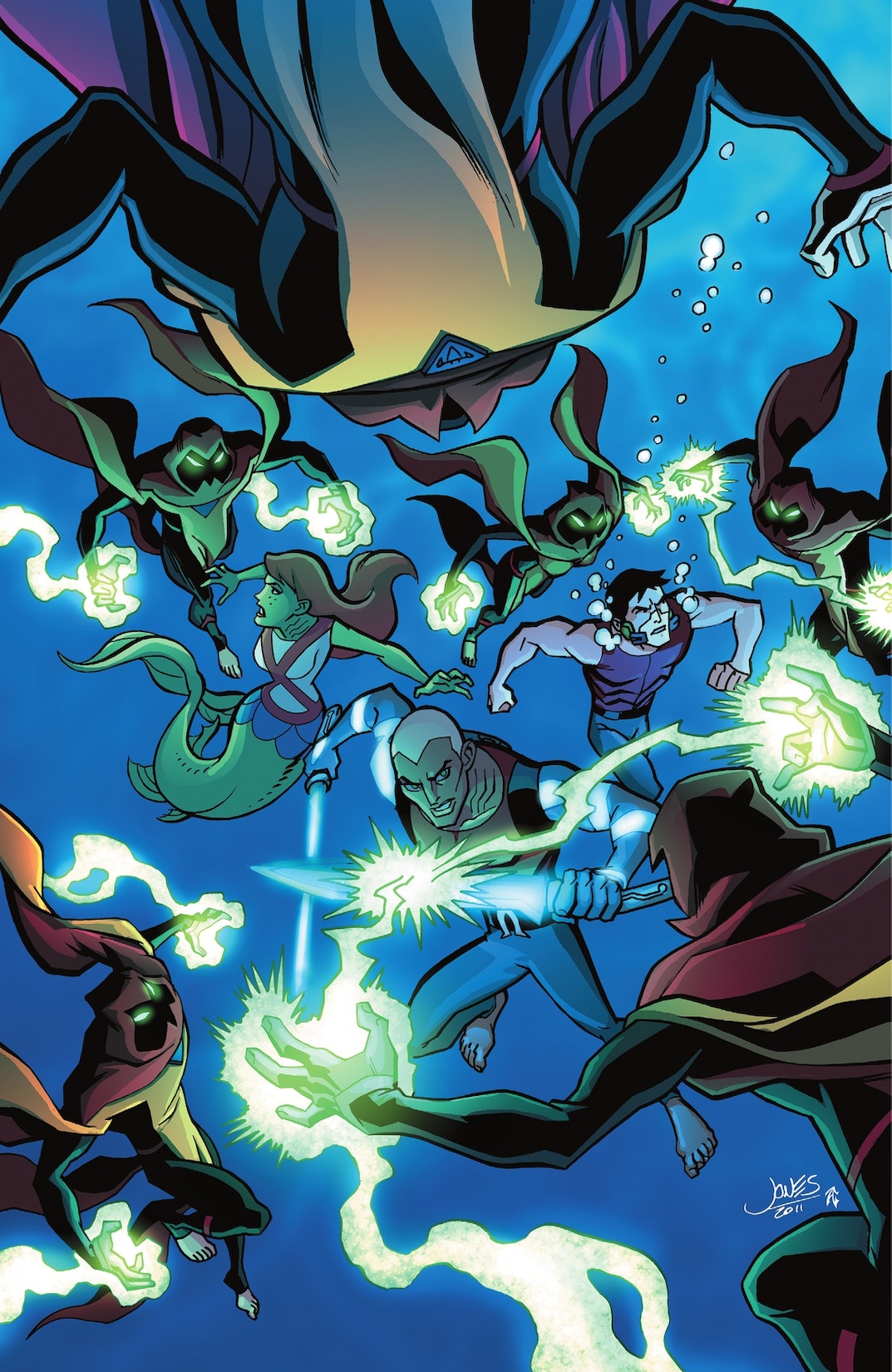 In these stories inspired by the hit animated TV series Young Justice, Superboy, Robin, Kid Flash, Aqualad, Miss Martian, and Artemis make their way to Atlantis to foil Ocean-Master’s plan to purify the underwater city. Then, the team must fight off the menace known as Kobra, as well as defeat an army of warrior gorillas in the dangerous Gorilla City! Plus, the Young Justice team adds to its ranks in an effort to battle the impending invasion by the Collector of Worlds, and one of the DC Universe’s favorite villains, Brainiac! Collects Young Justice #14-25.