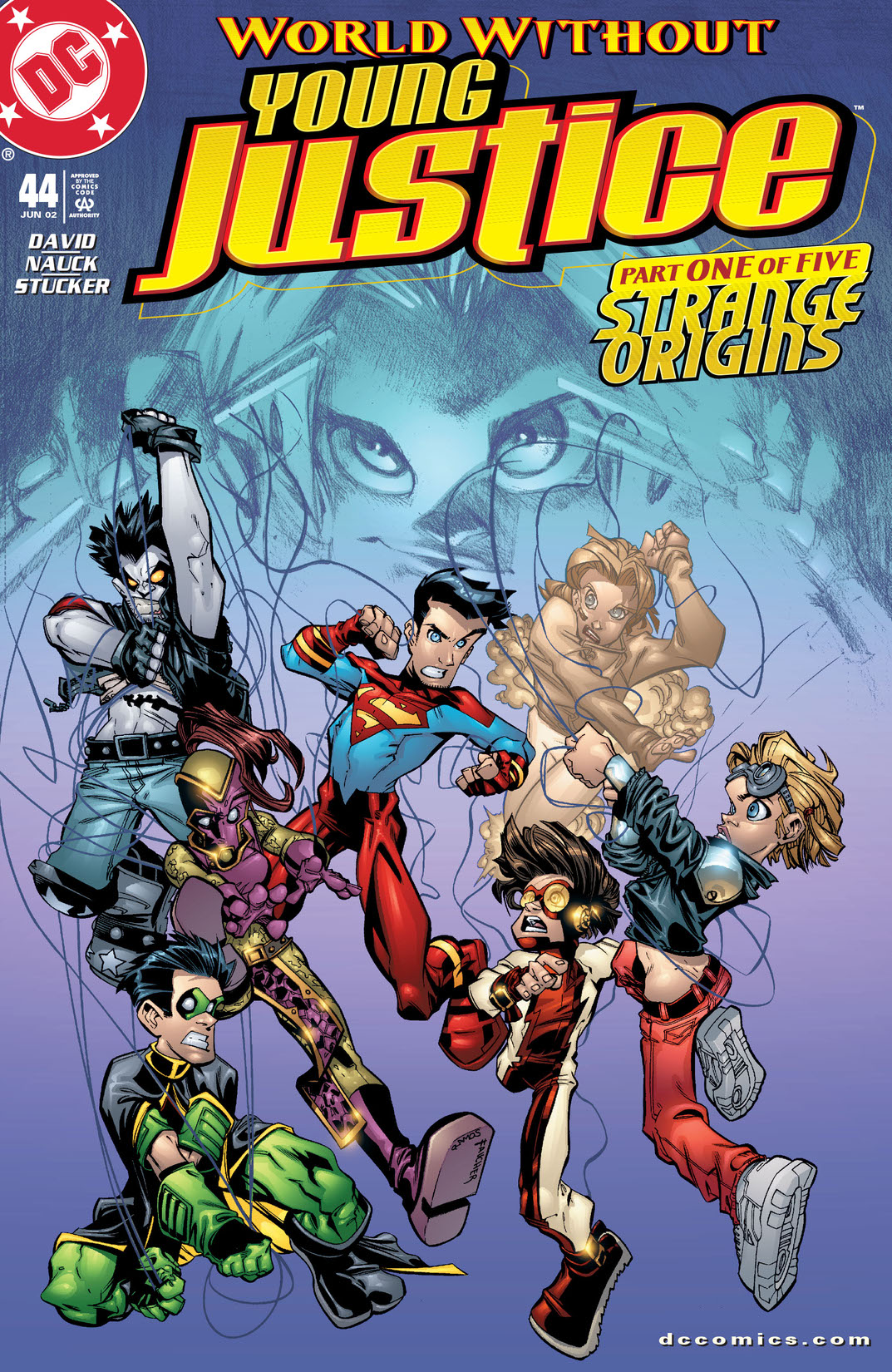 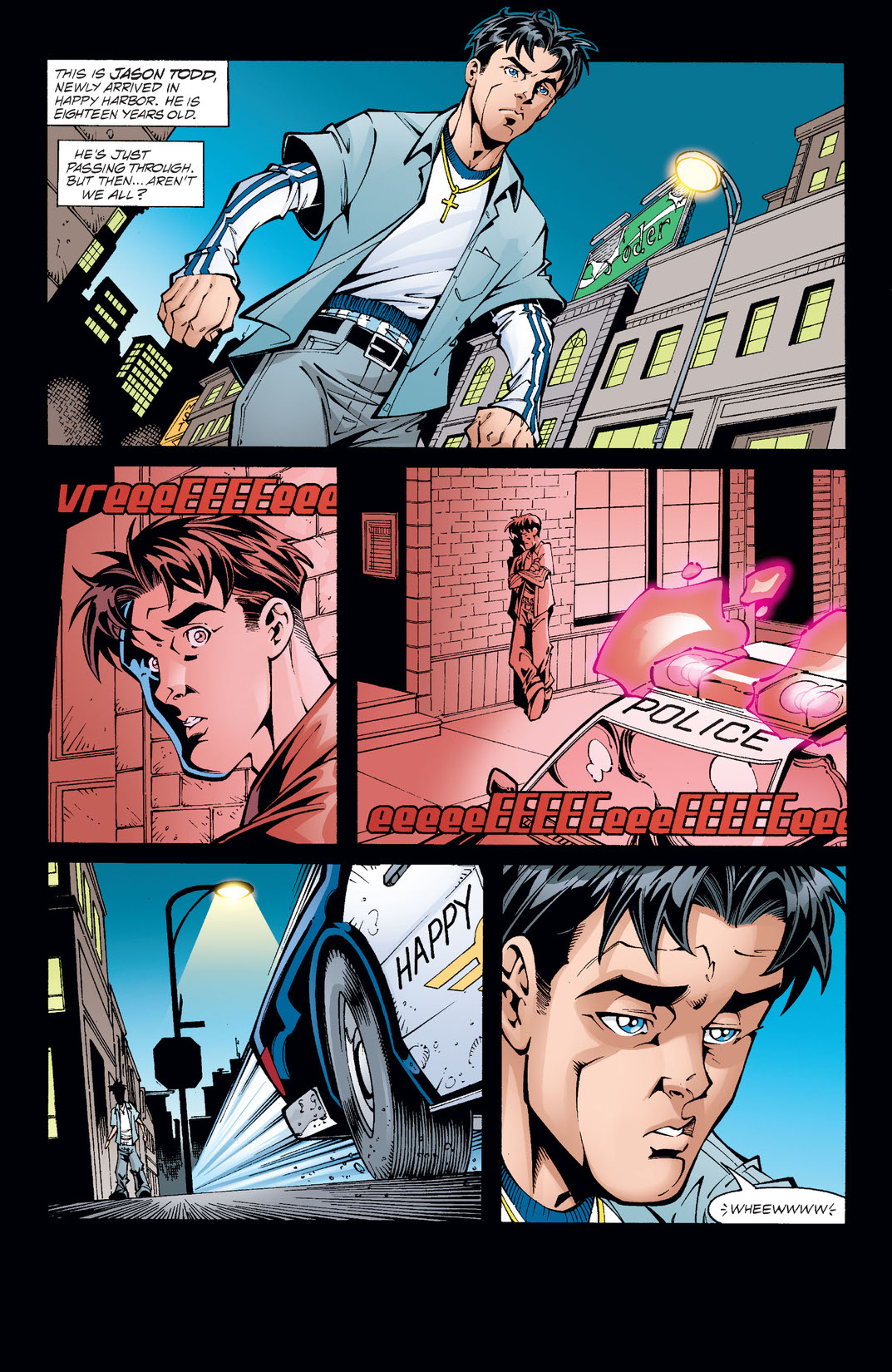 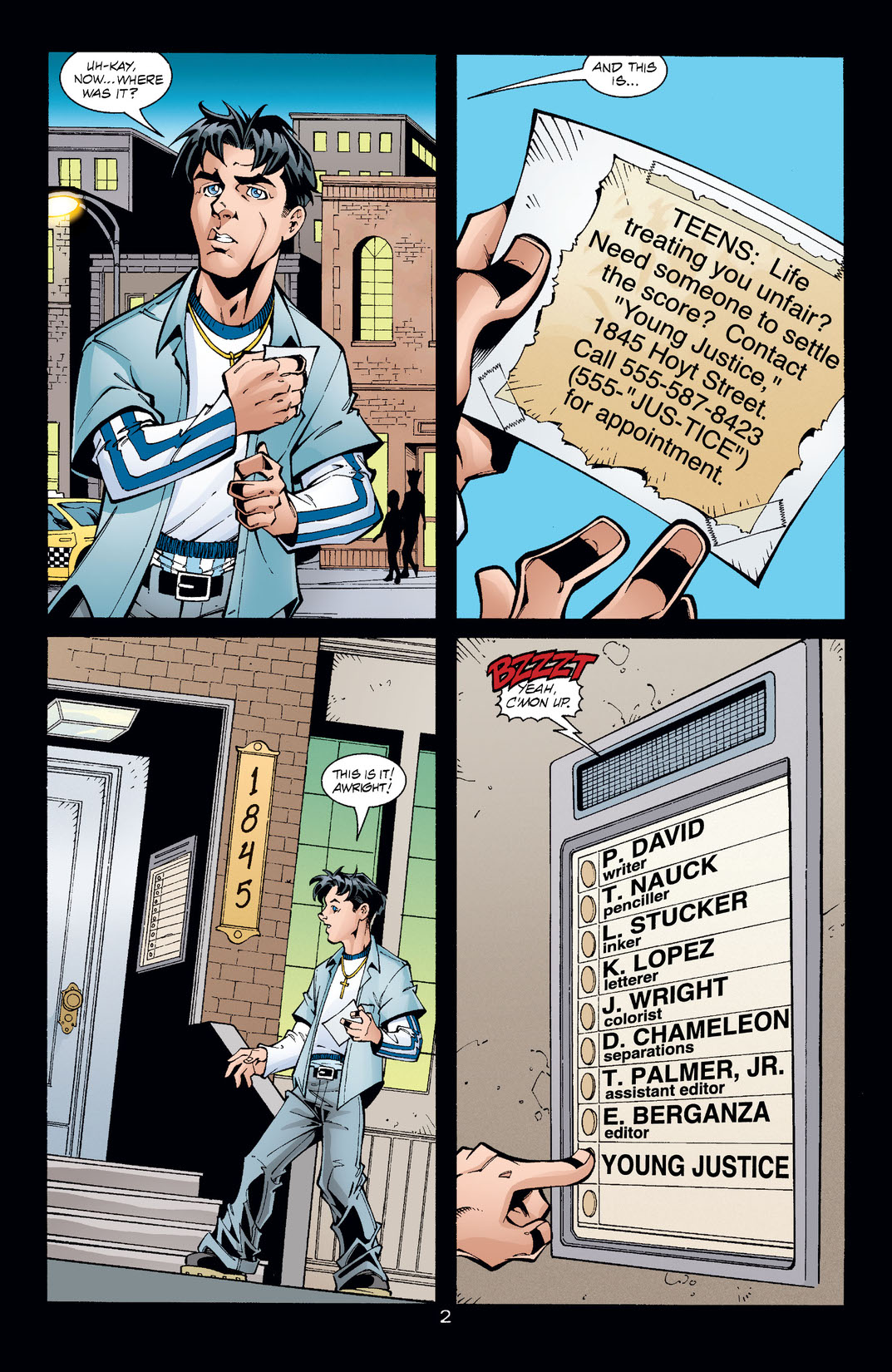 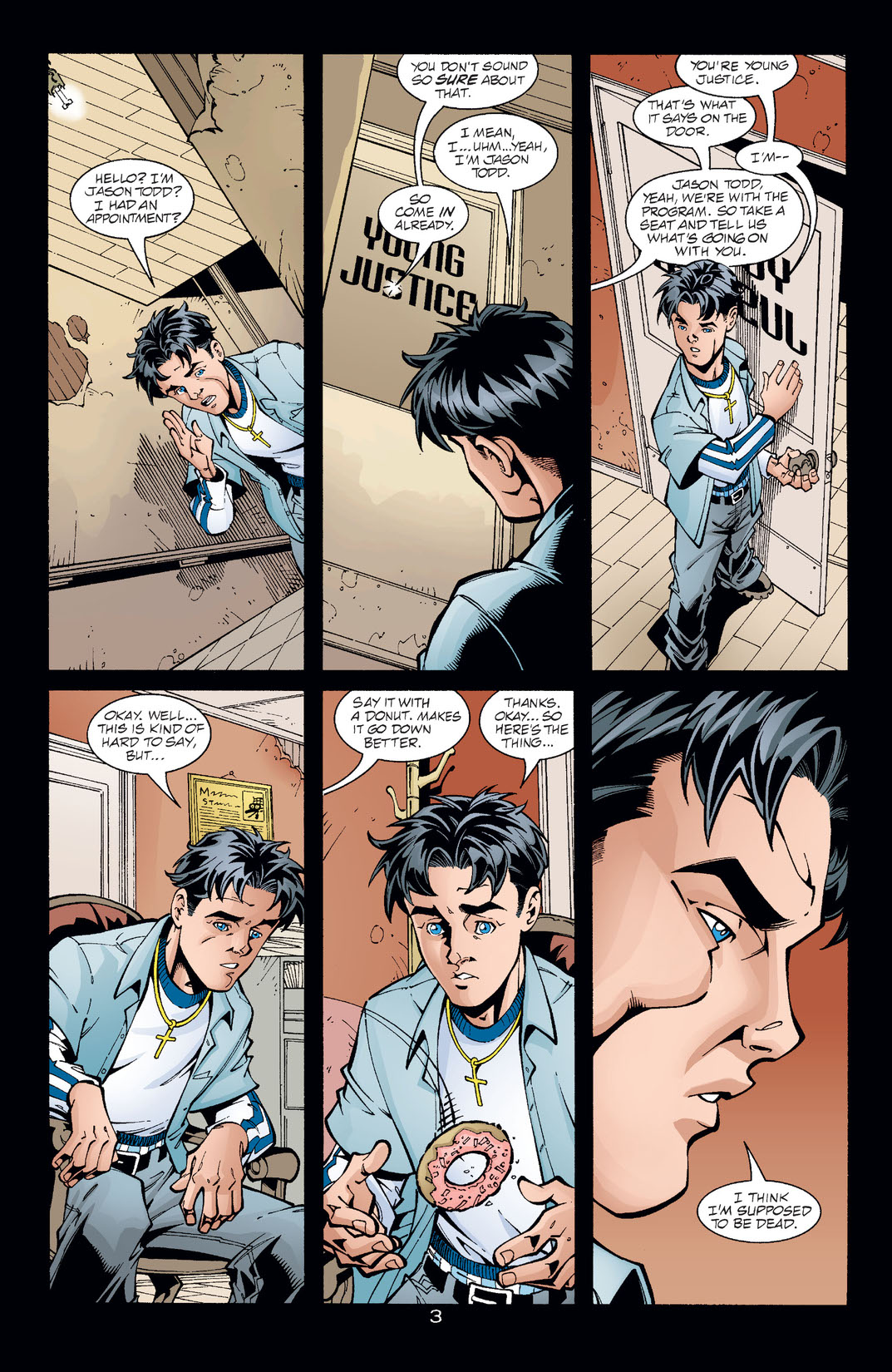 World Without Young Justice' part 1 begins a 5-part crossover with IMPULSE, ROBIN and SUPERBOY! Meet the all-new Young Justice, including a bigger Wonder Girl, a male Secret, and a dark Arrowette! Their mission: to save Jason Todd—from being murdered by his parents! Continued in IMPULSE #85!