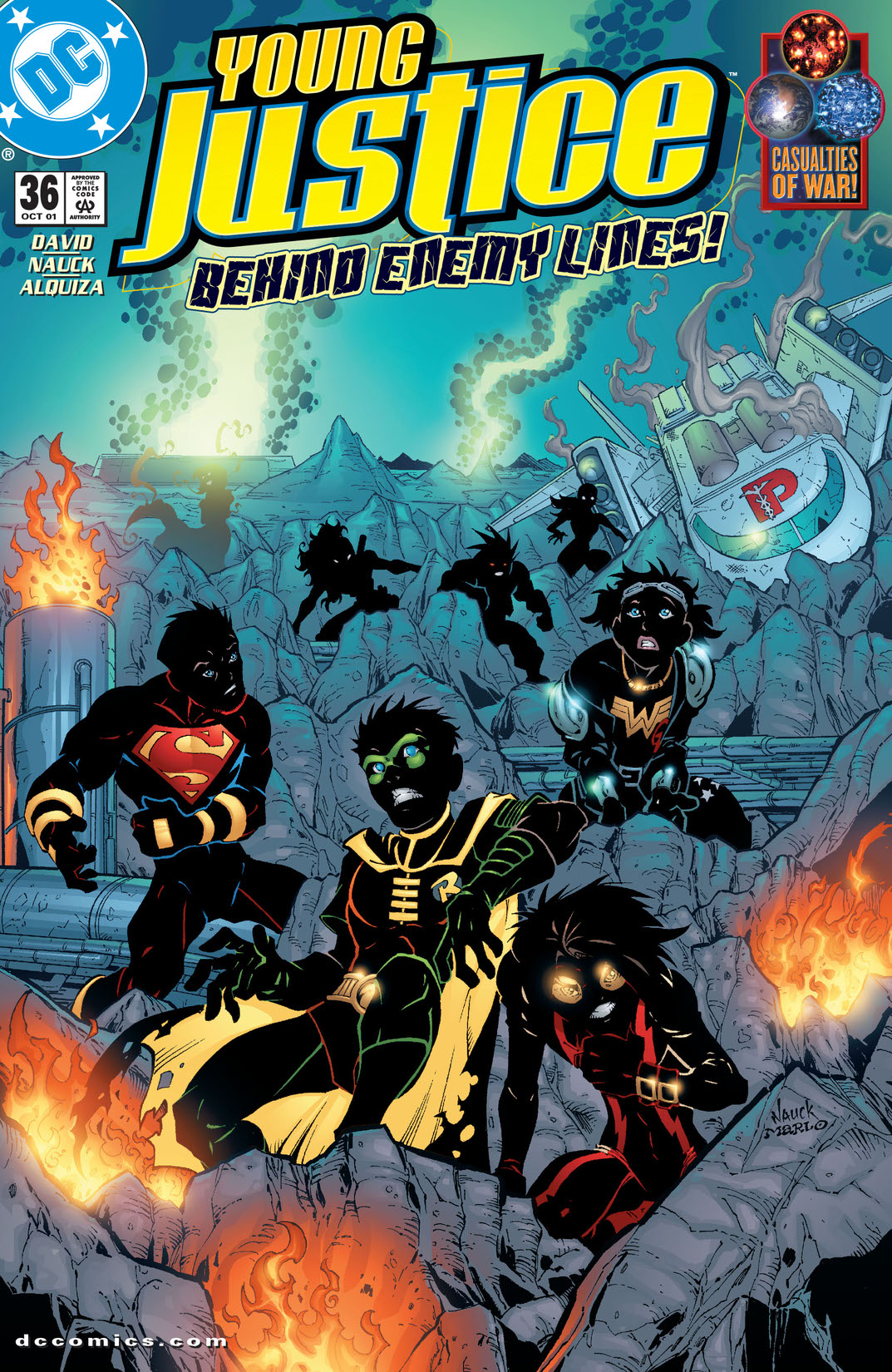 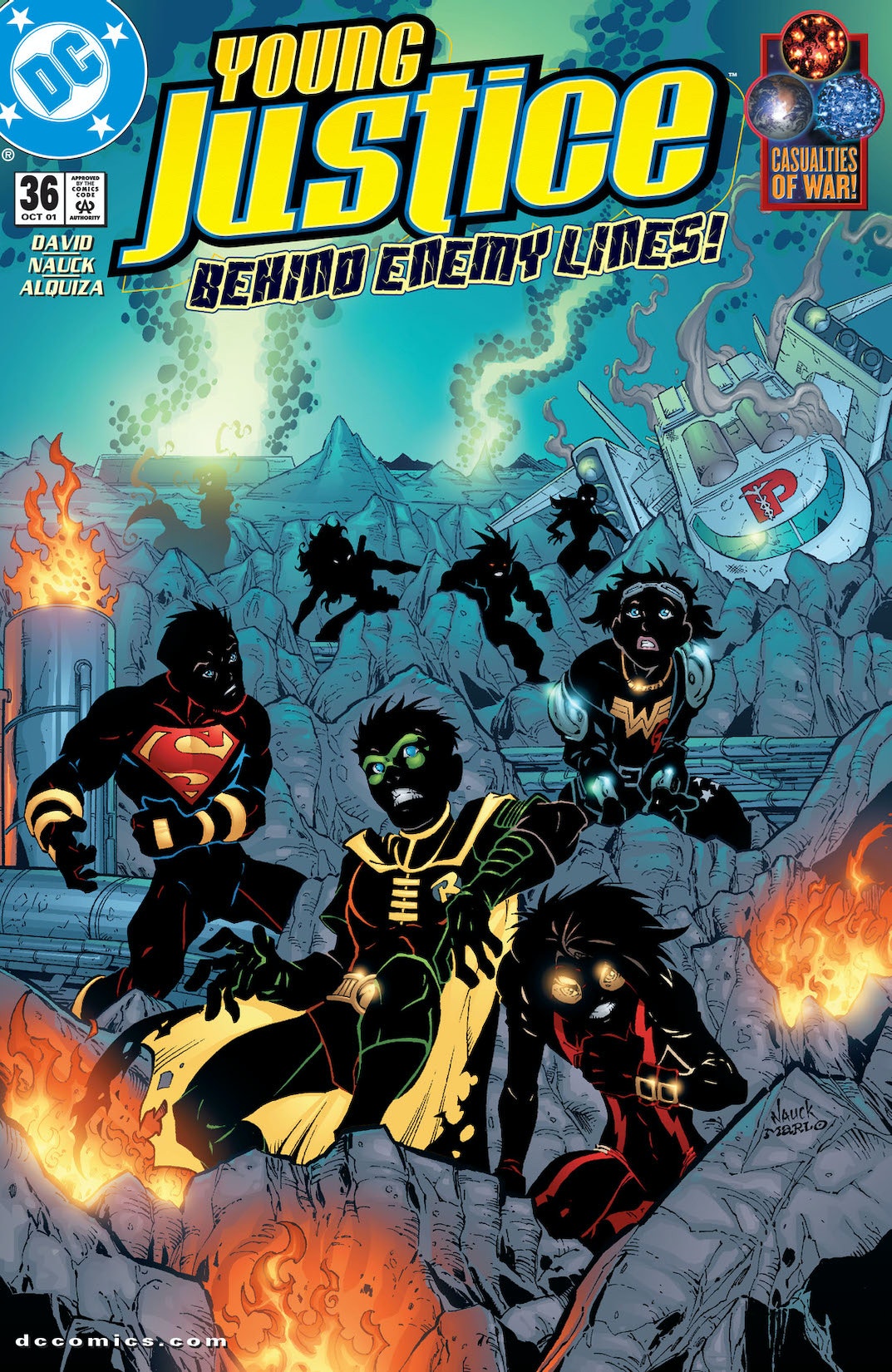 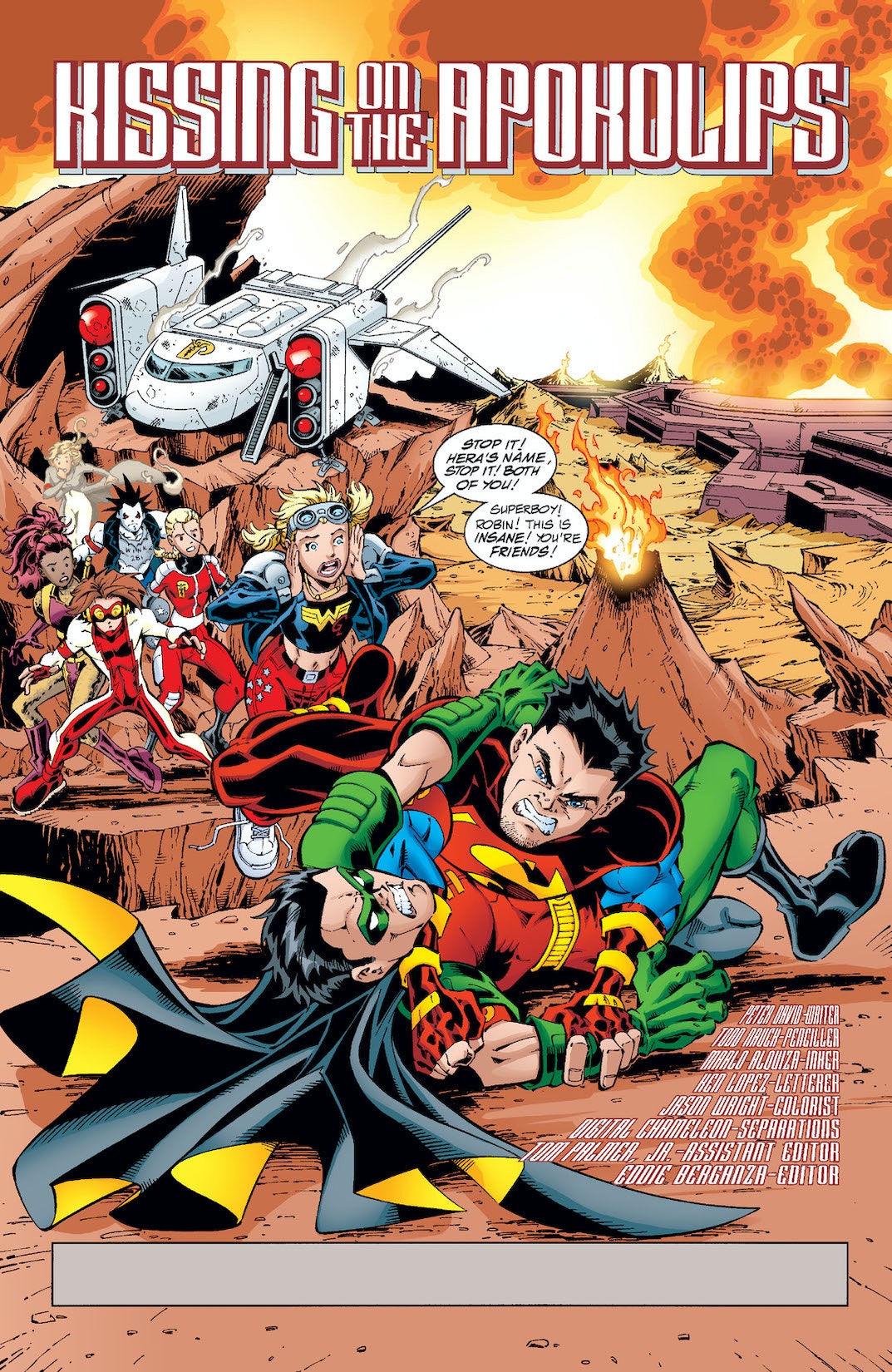 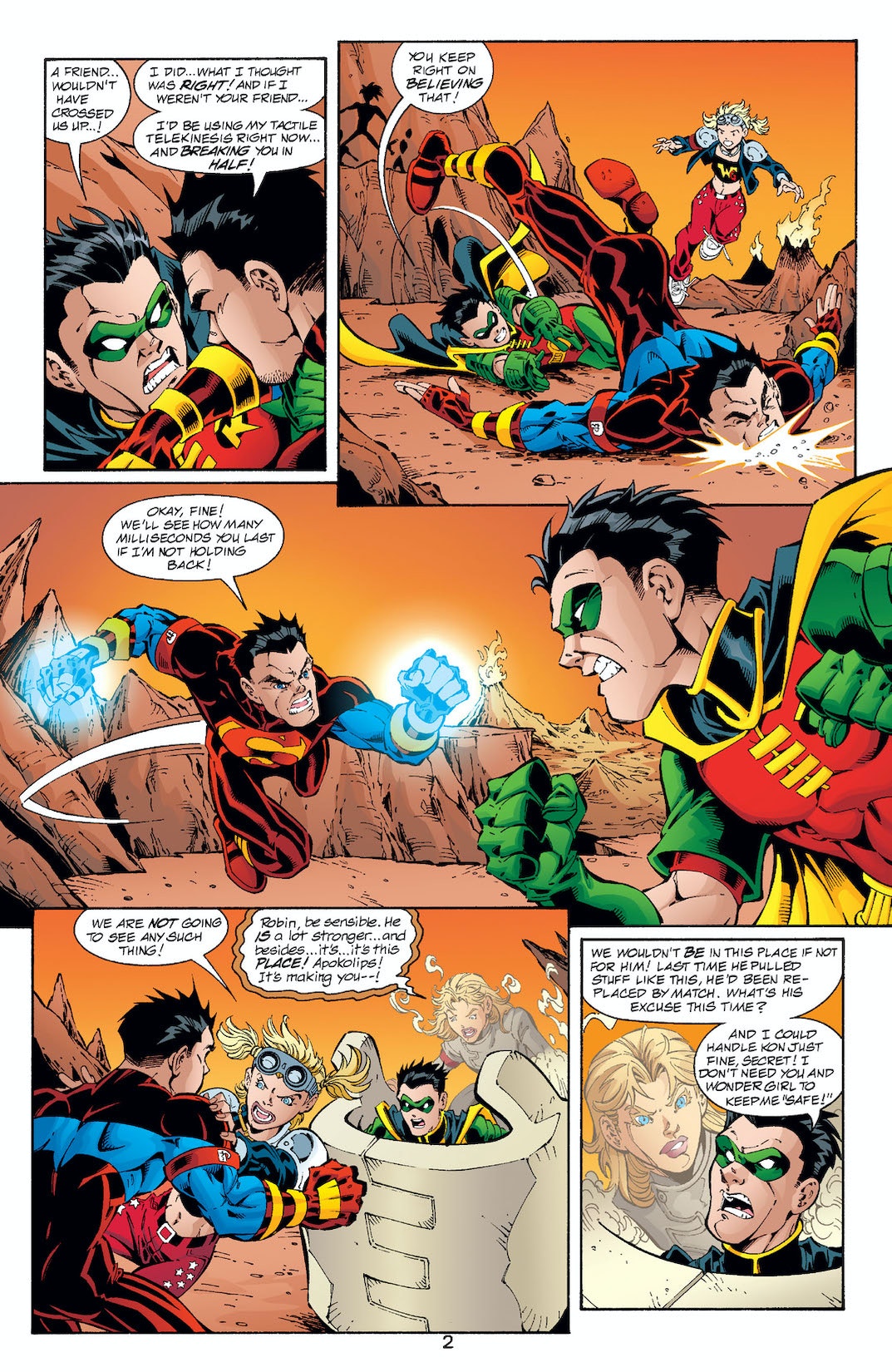 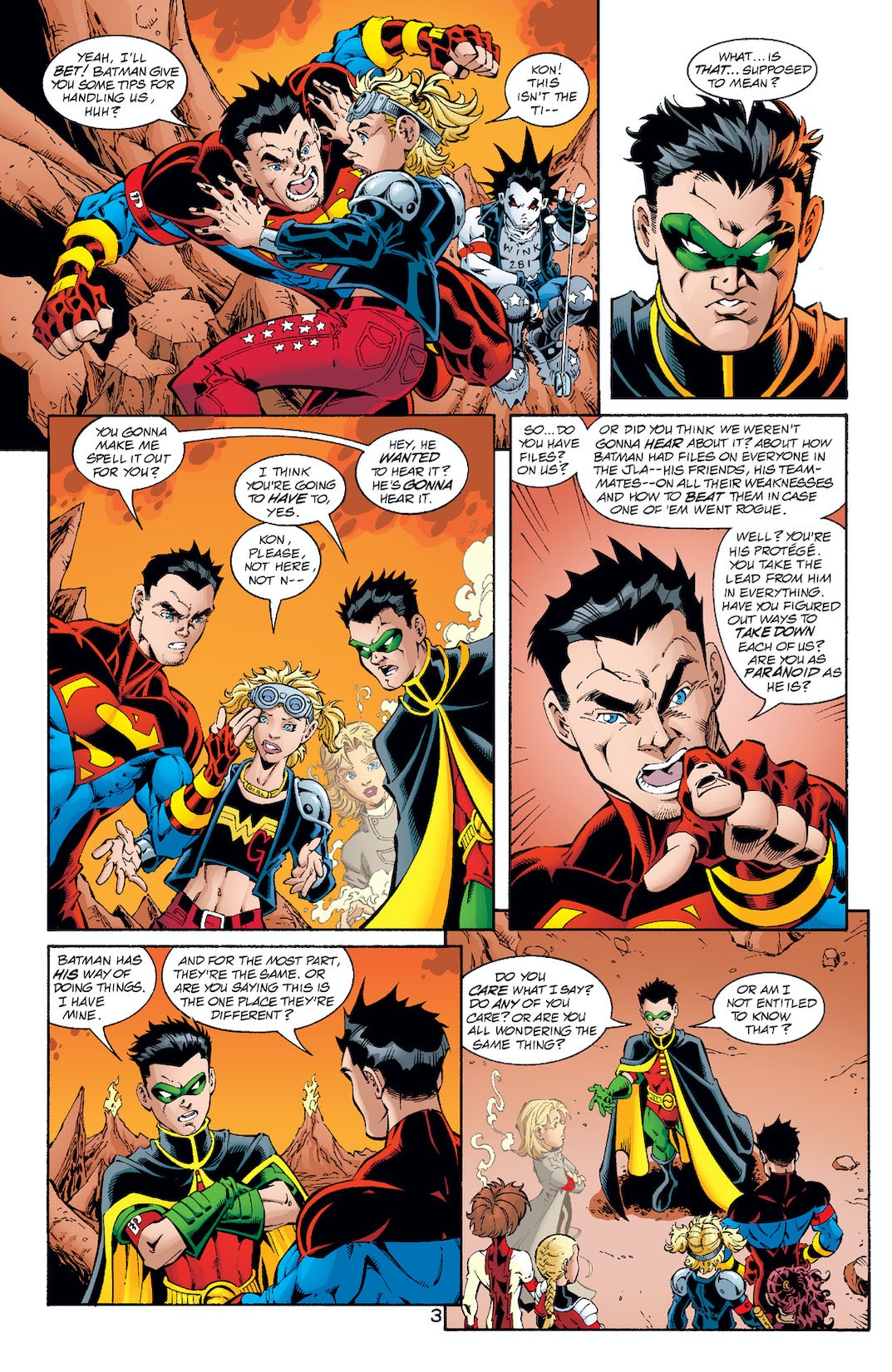 An 'Our Worlds at War' tie-in! The team is behind enemy lines. Young Justice goes to pick up the remains of the Suicide Squad at the JLA Watchtower but soon are on a wild-goose chase trying to rescue Steel from the Black Racer!