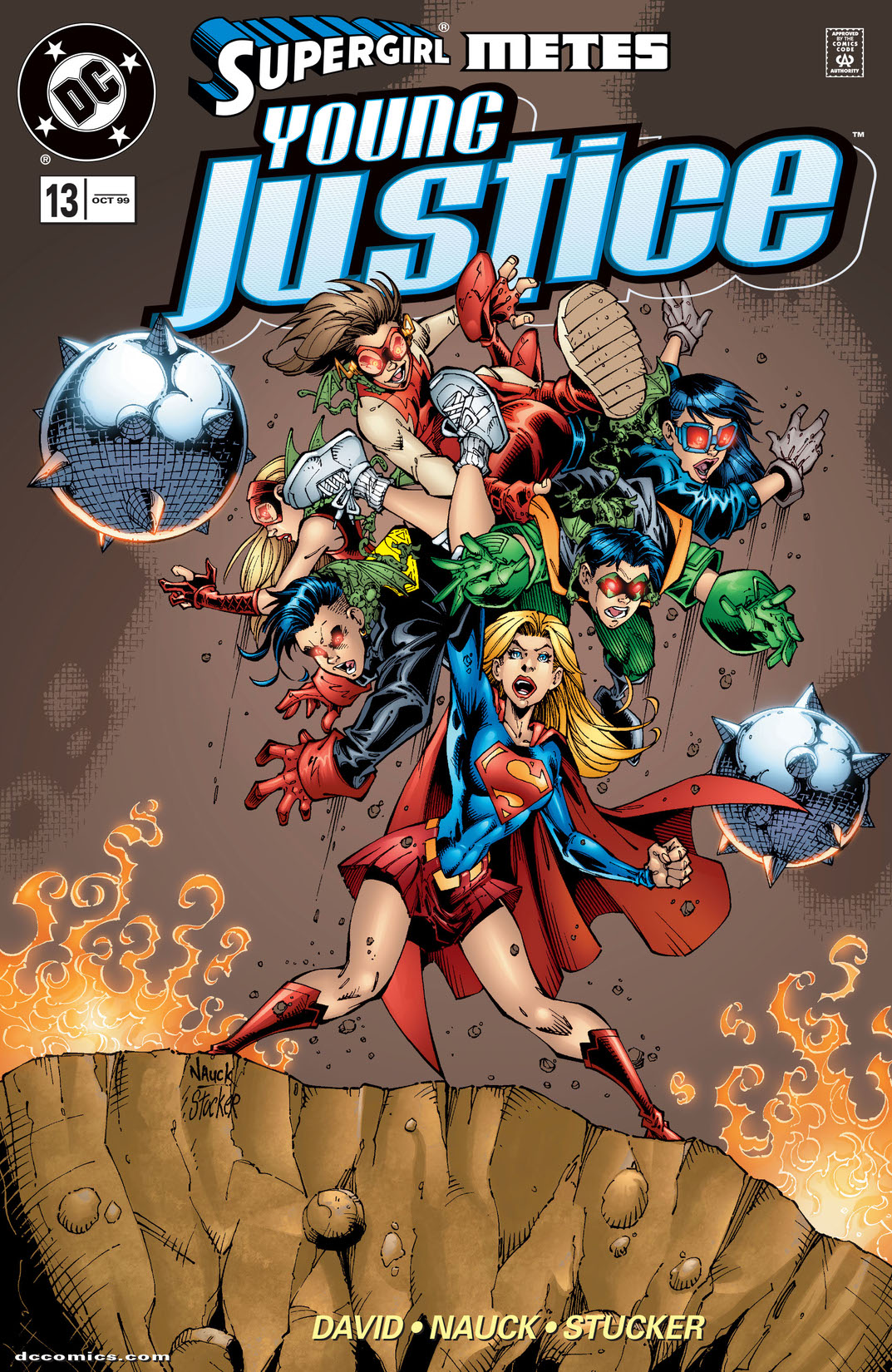 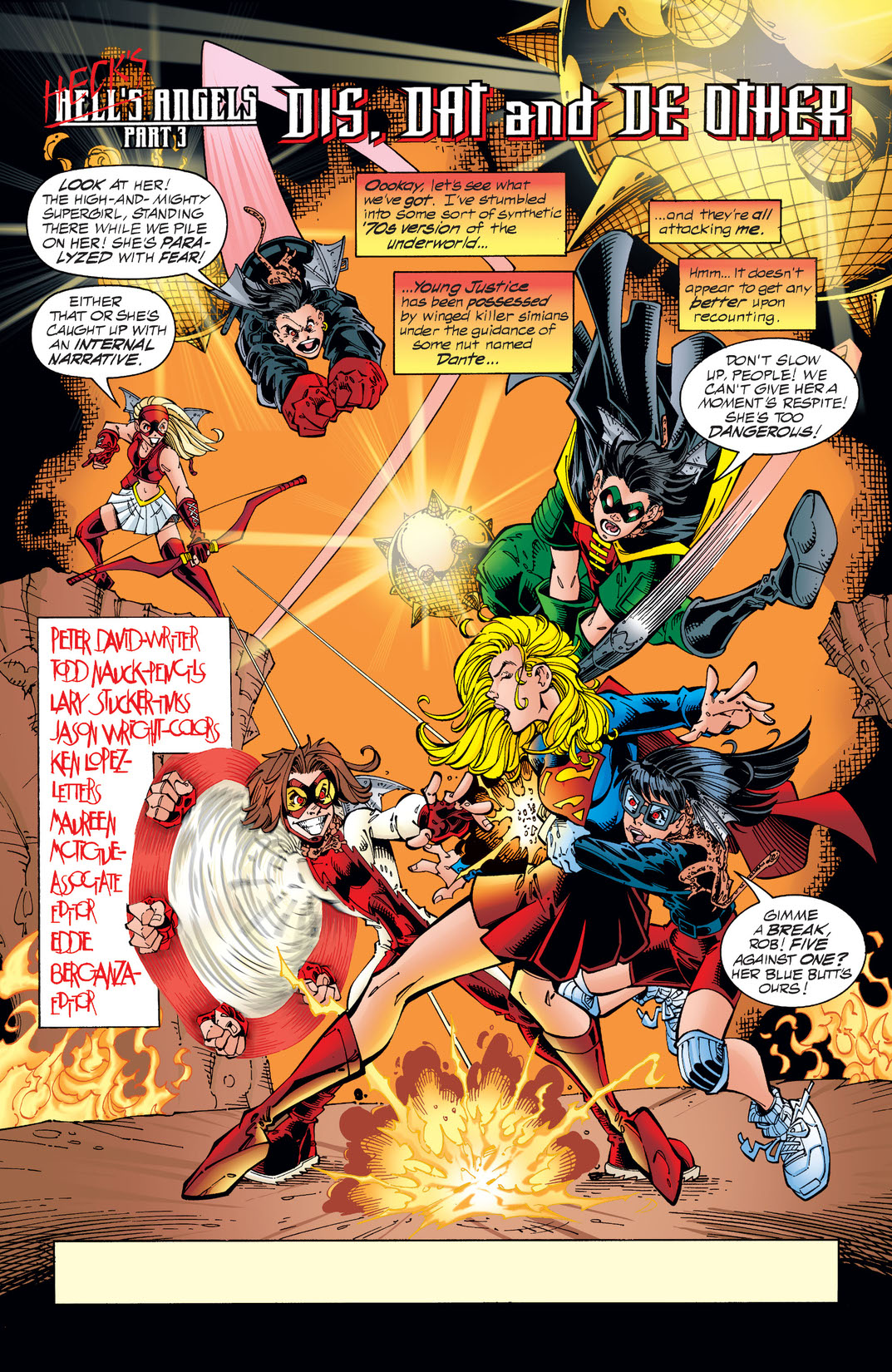 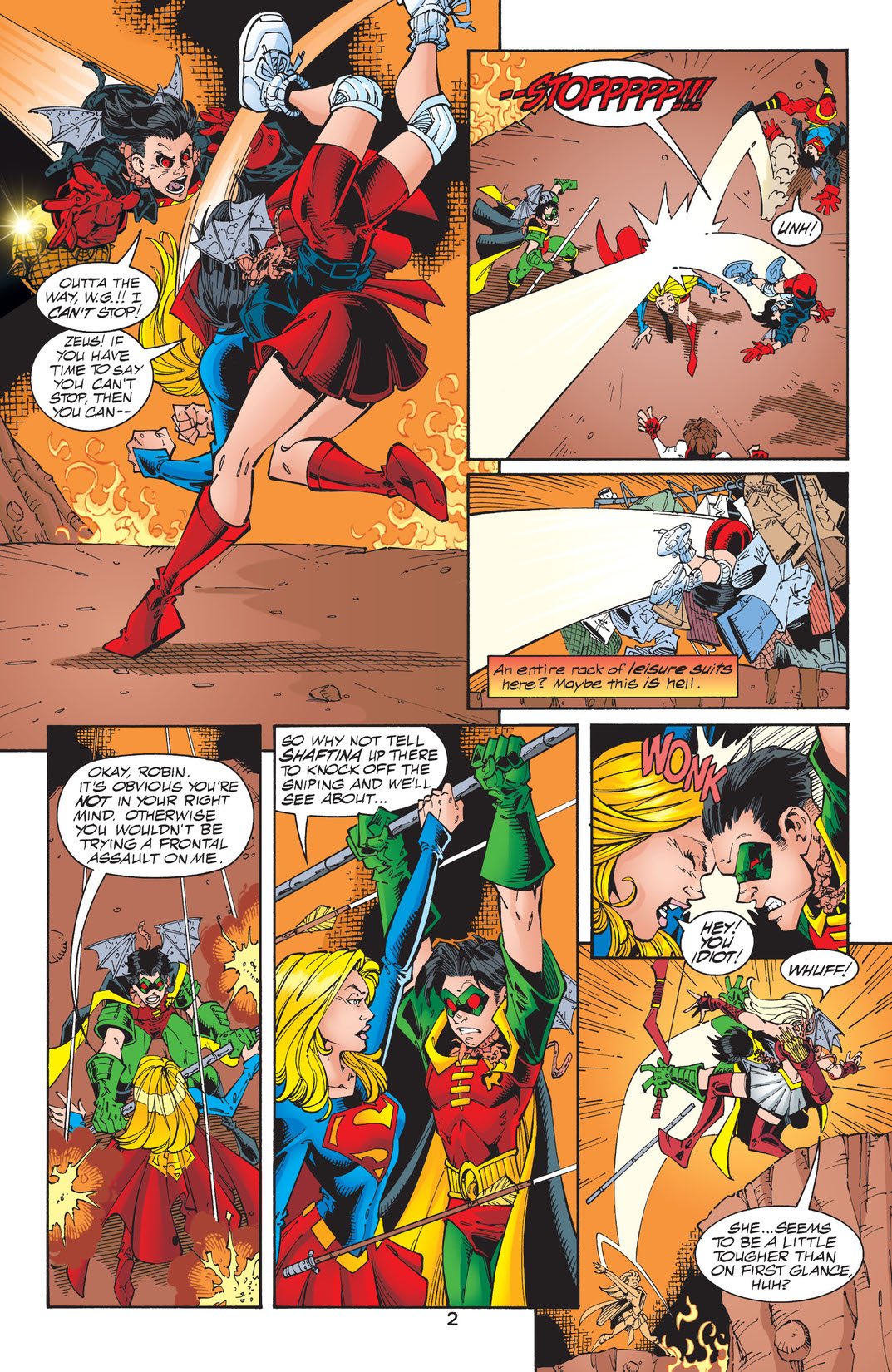 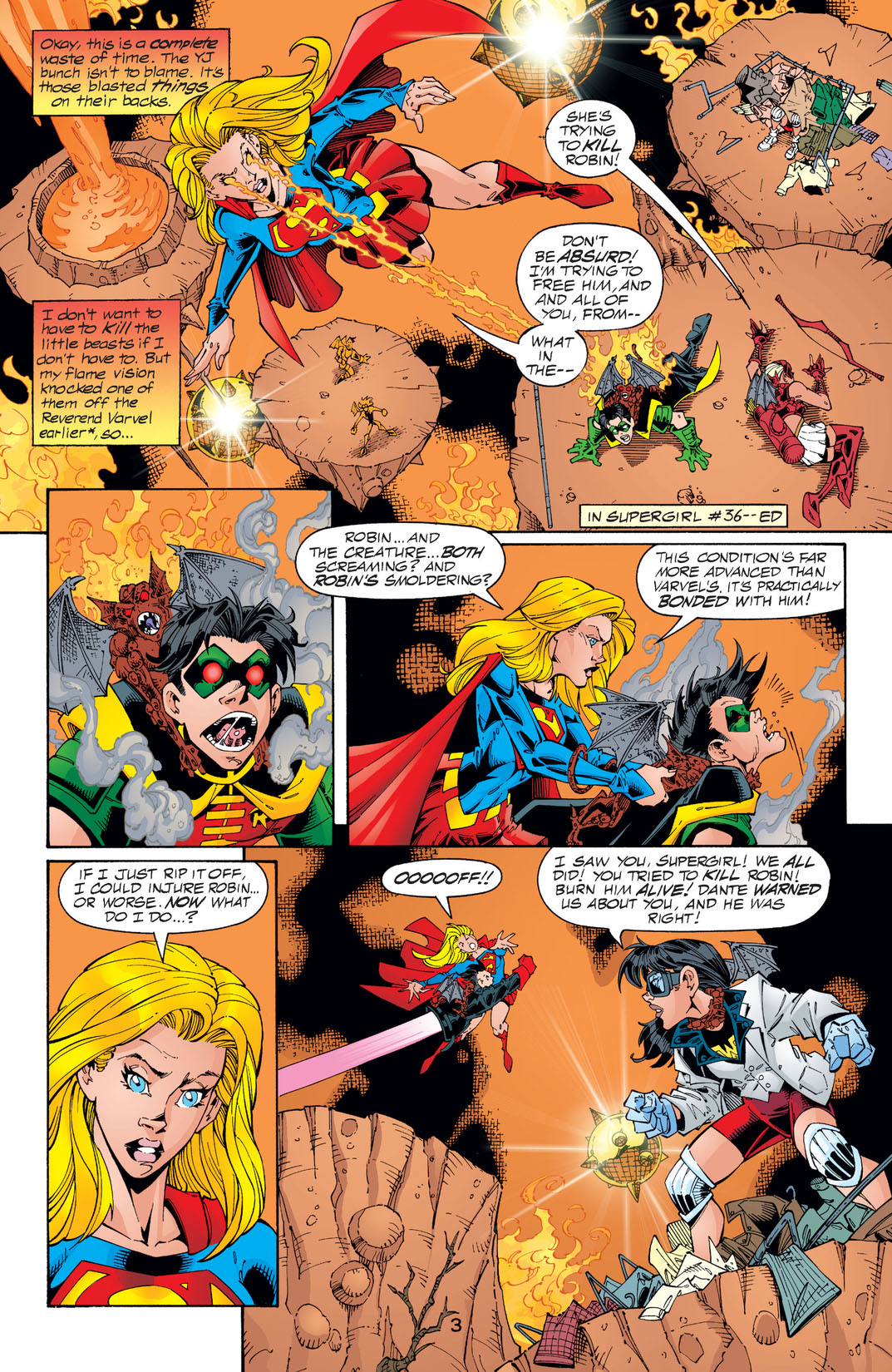 Heck's Angels' part 3, continued from SUPERGIRL #36. The demon-controlled members of Young Justice face the Girl of Steel against the backdrop of the hell that is Dante's Disco Inferno. Continued in SUPERGIRL #37.