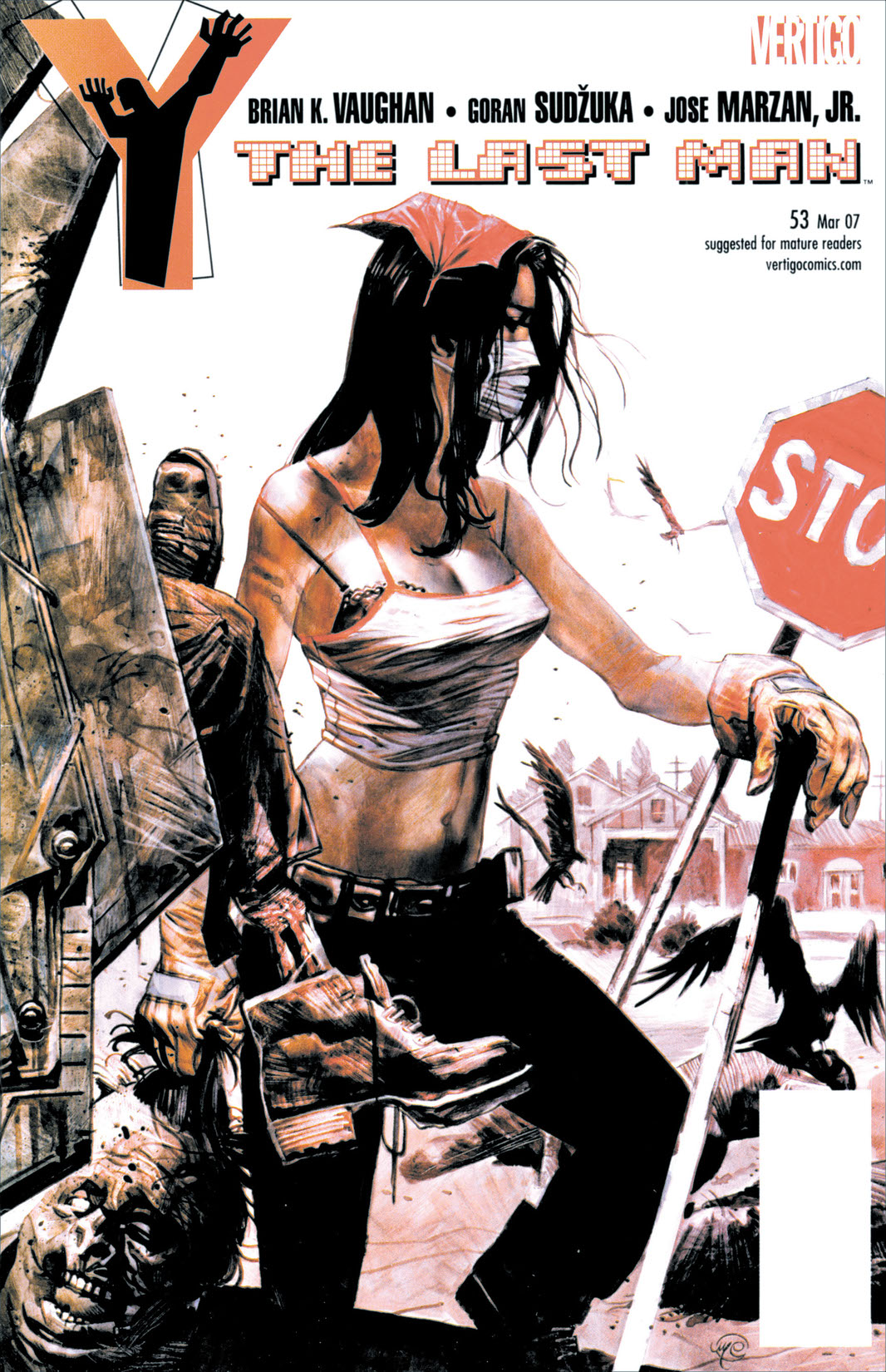 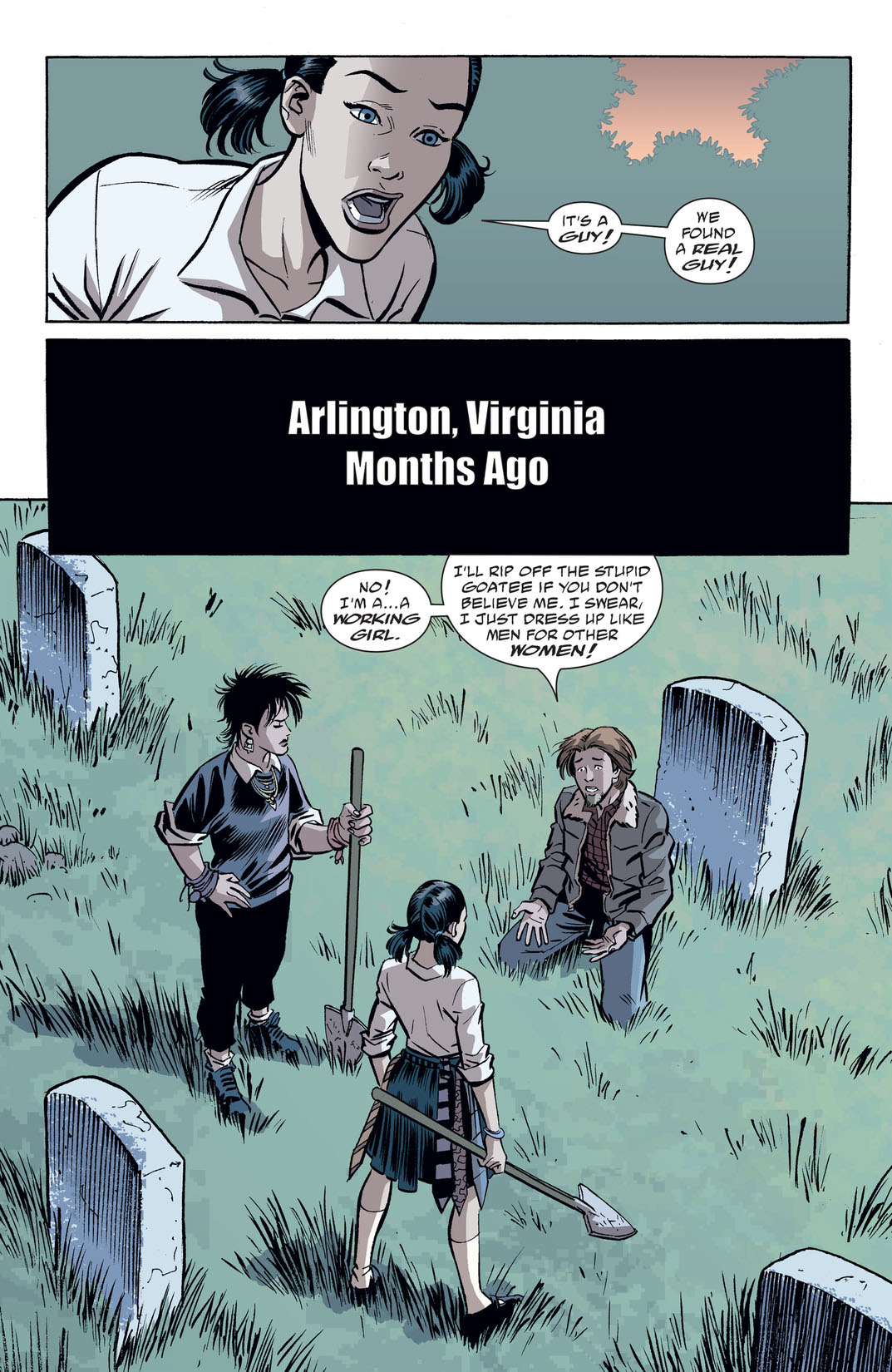 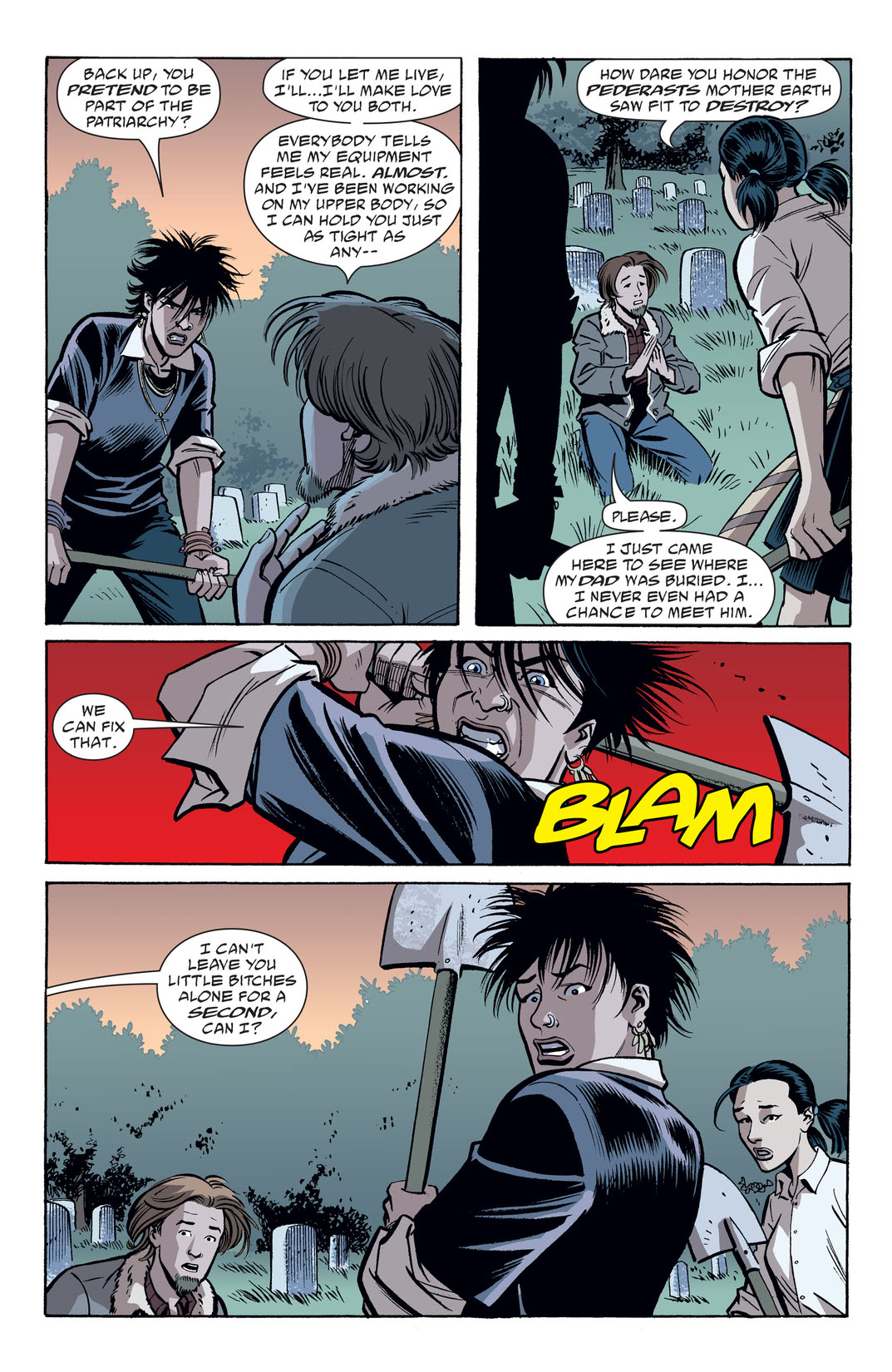 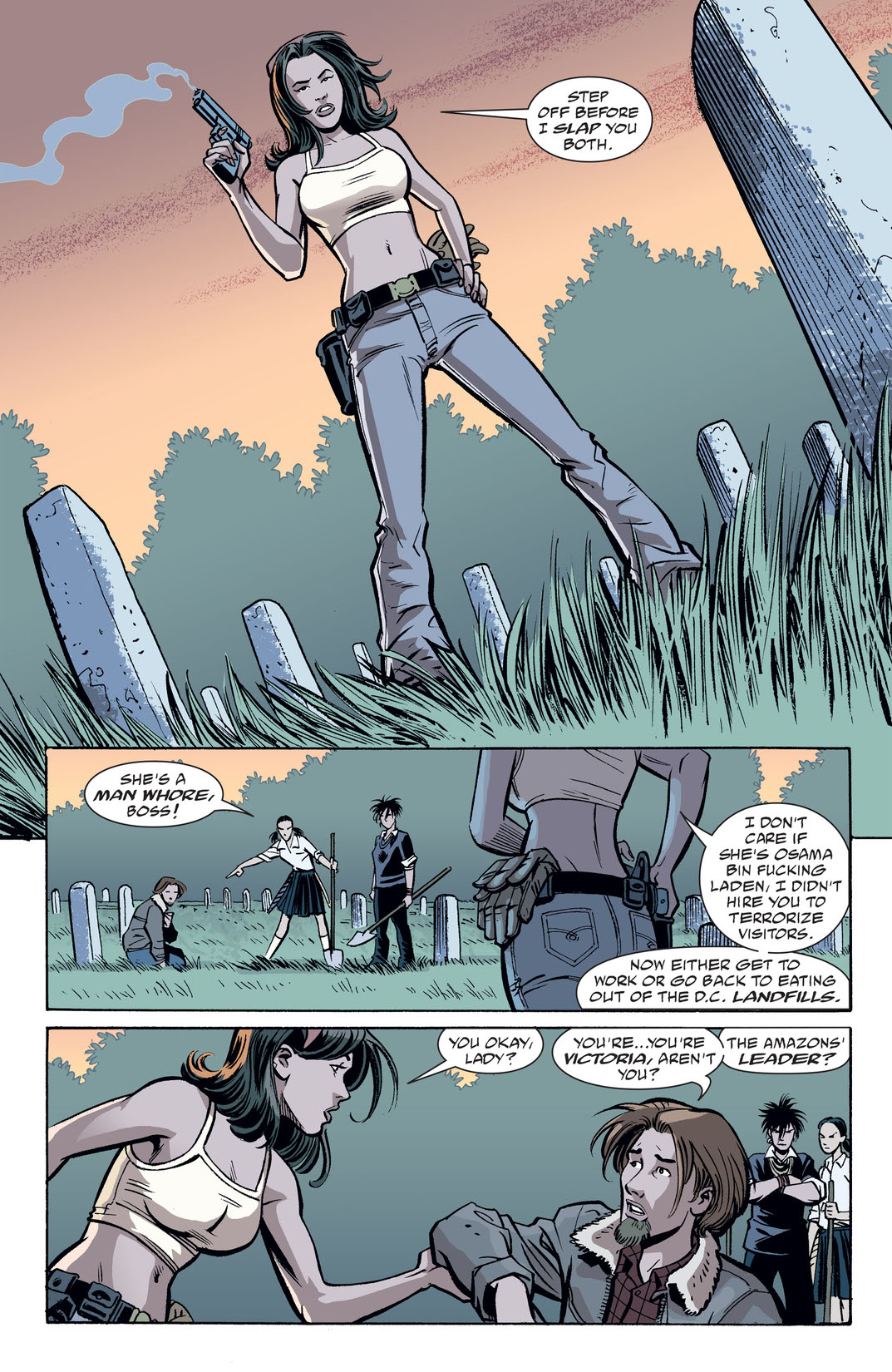 Back in the United States, the last man on Earth was first unmasked by a supermodel forced to work as a garbage collector after the death of the patriarchy in issue #1. Years later, what surprising role does this beautiful young woman still have to play in the life of Yorick Brown?