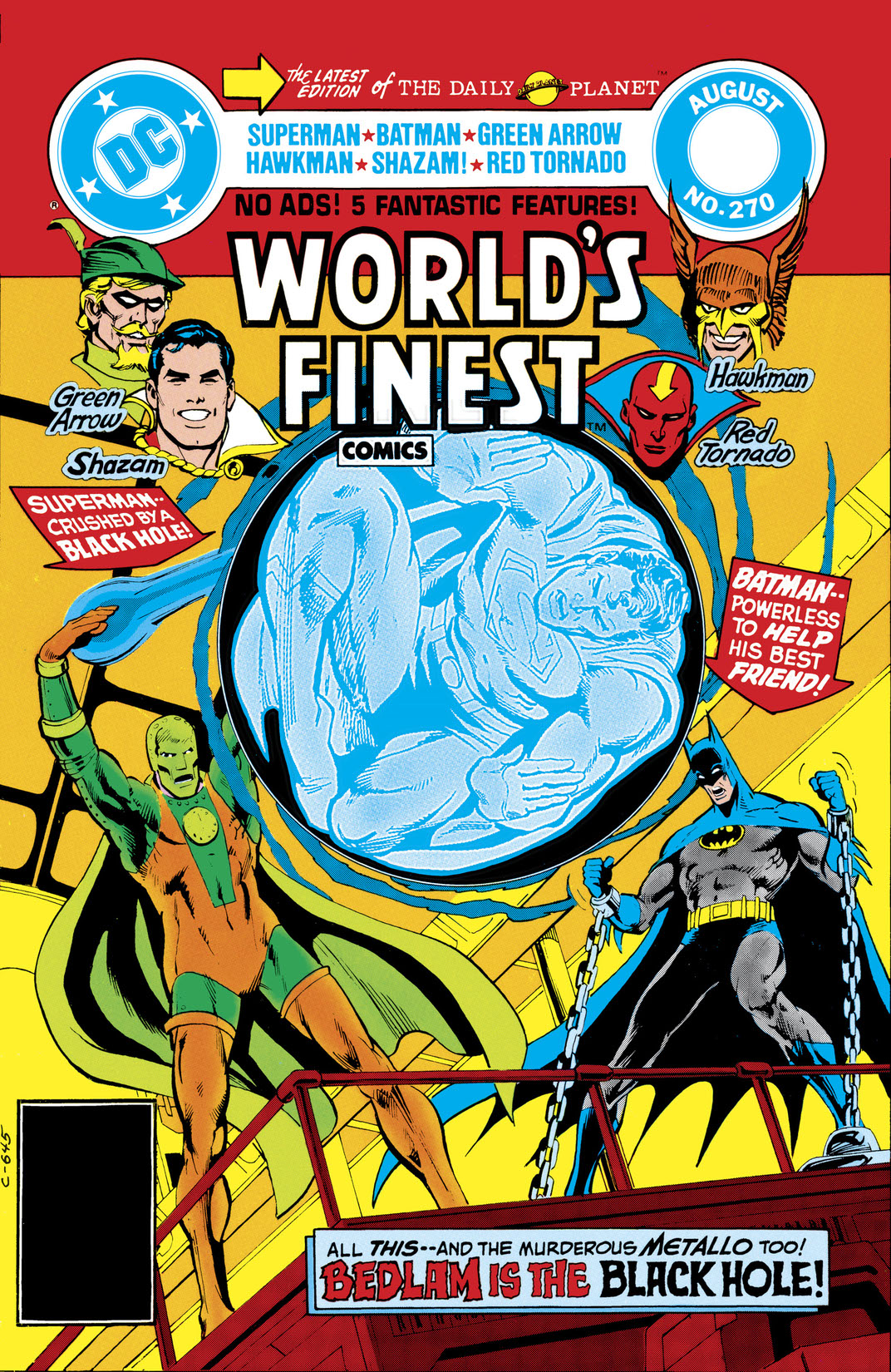 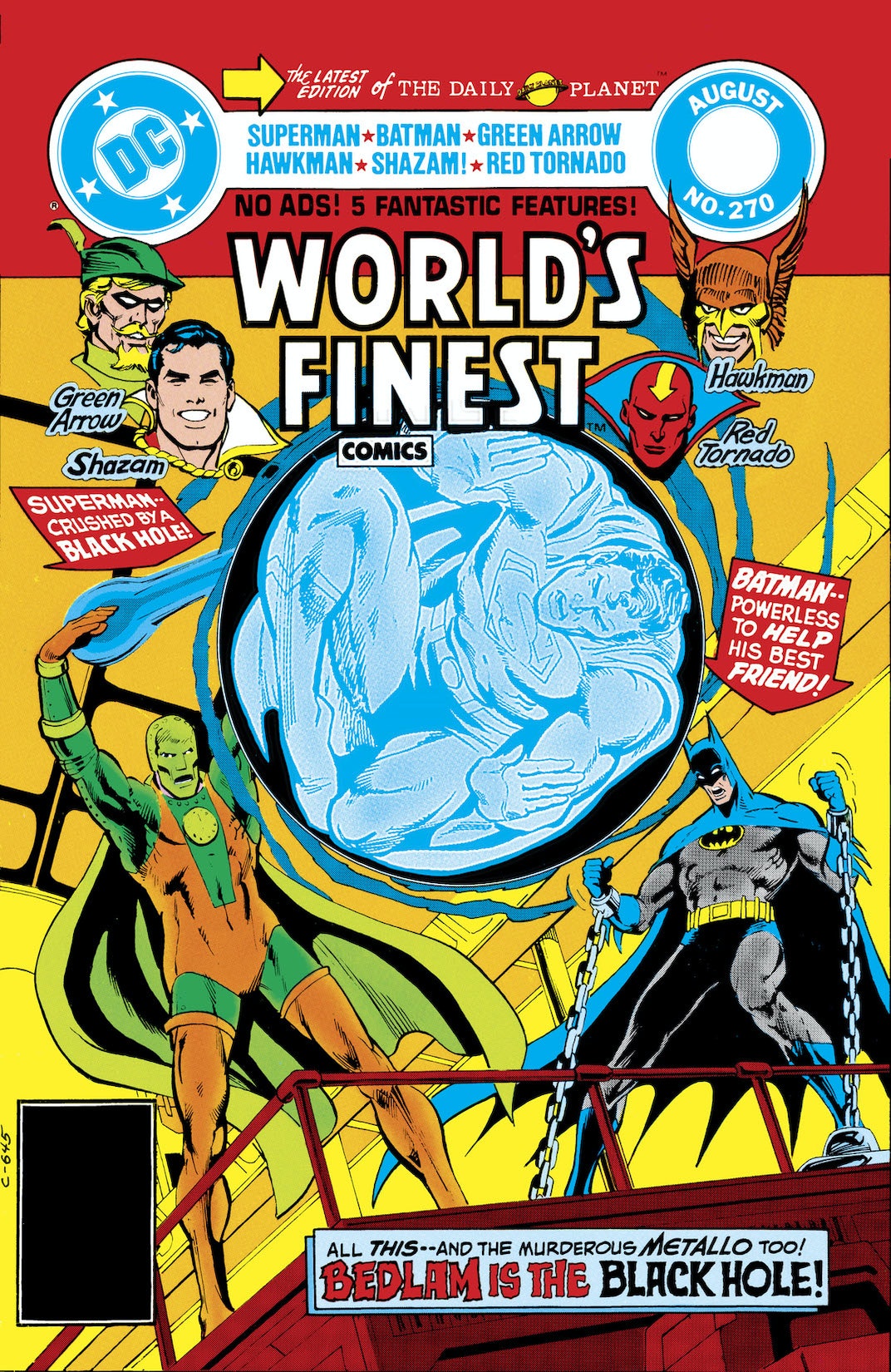 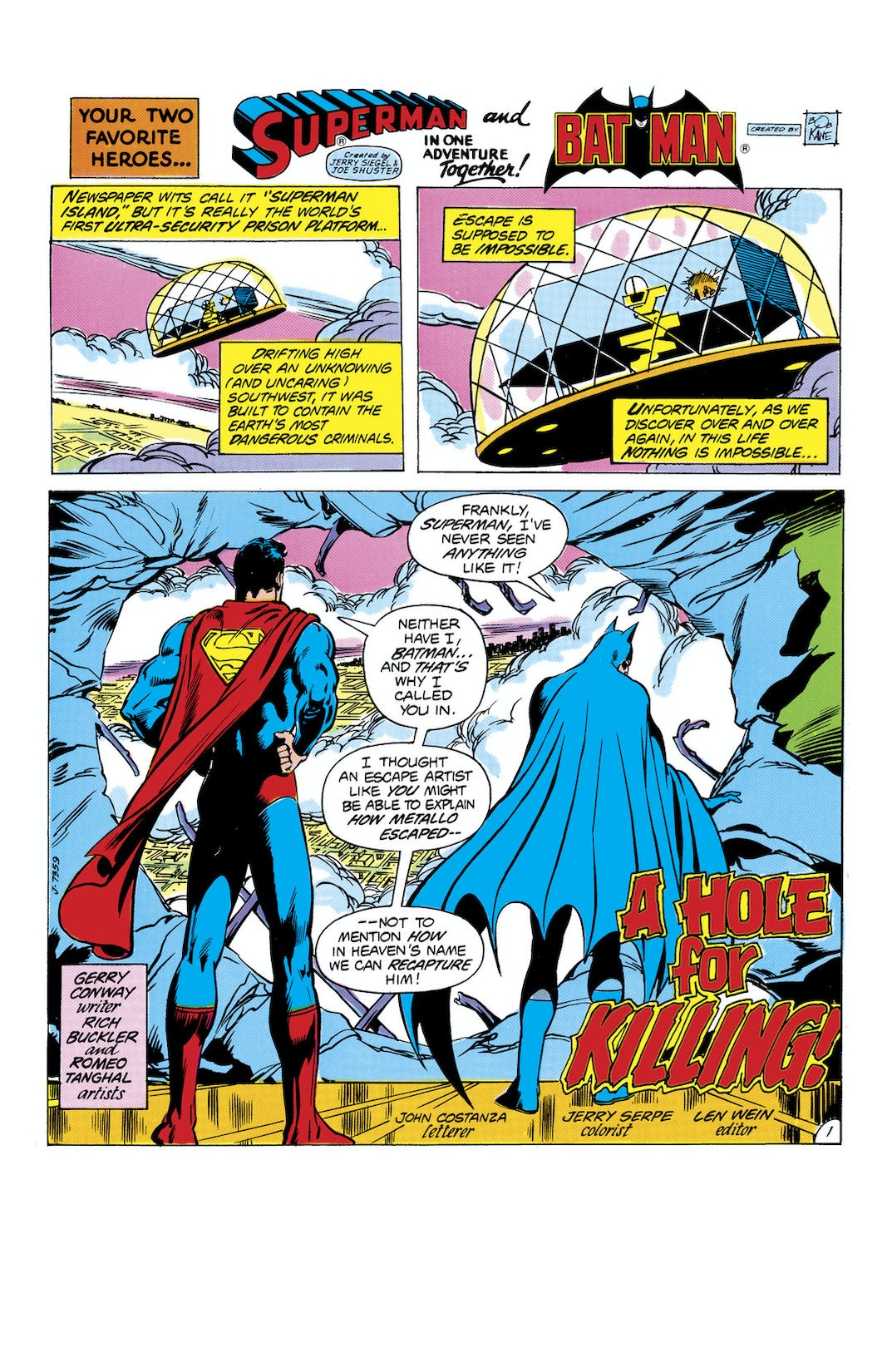 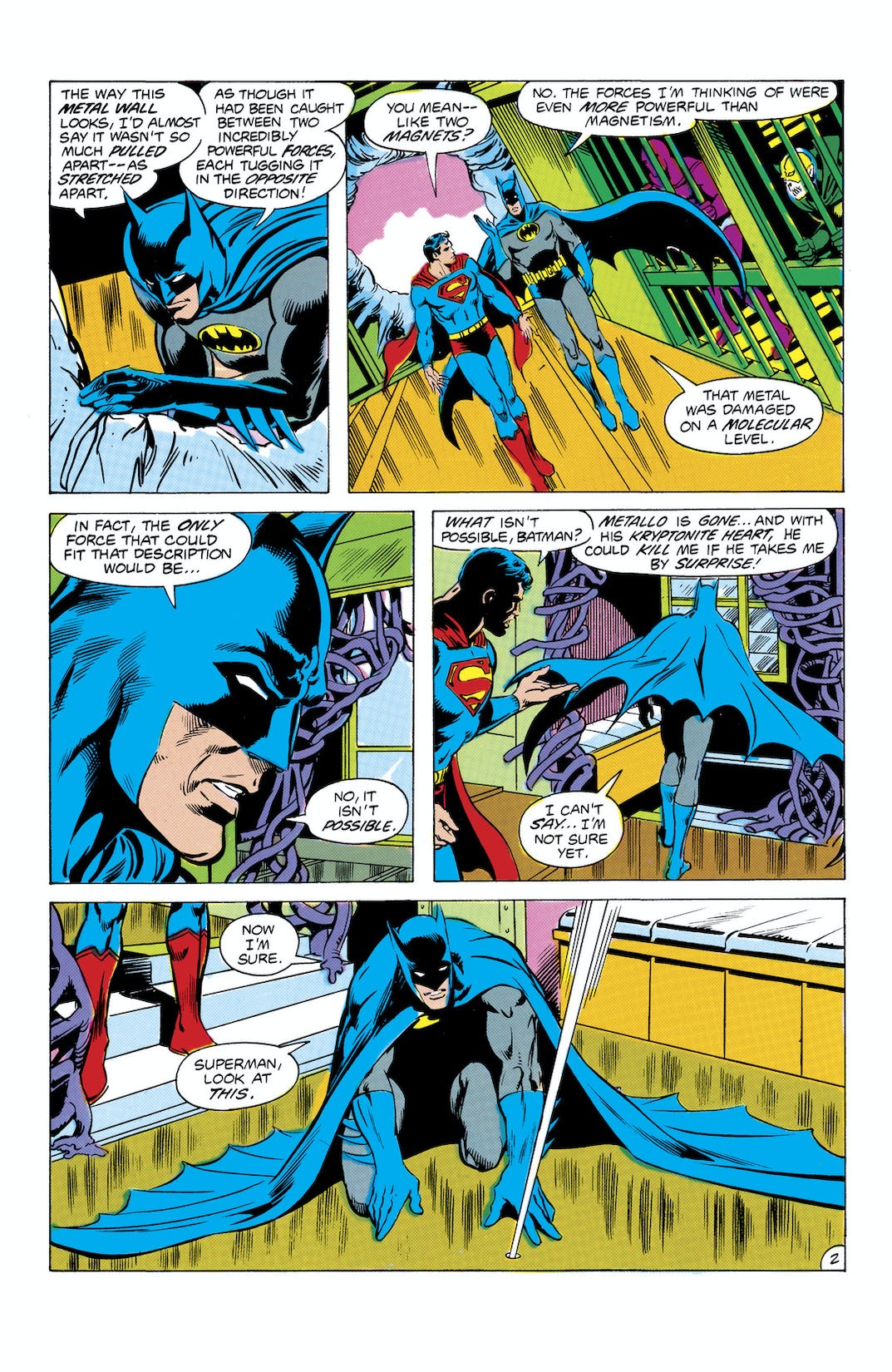 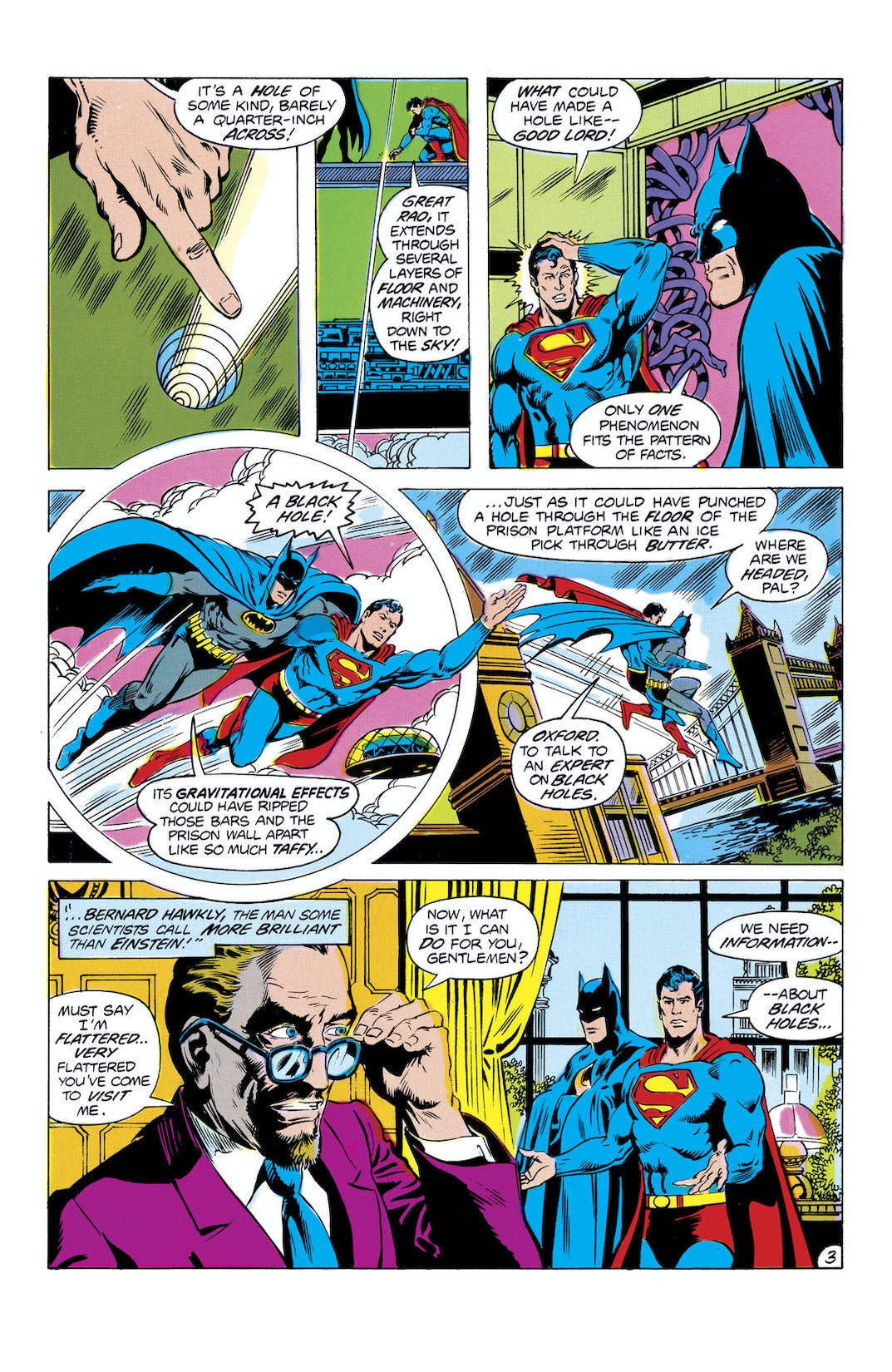 “A HOLE FOR KILLING!” Metallo is broken free of his cell on Superman Island by a miniature black hole, which he uses to power his artificial heart and to set a trap for Superman and Batman.