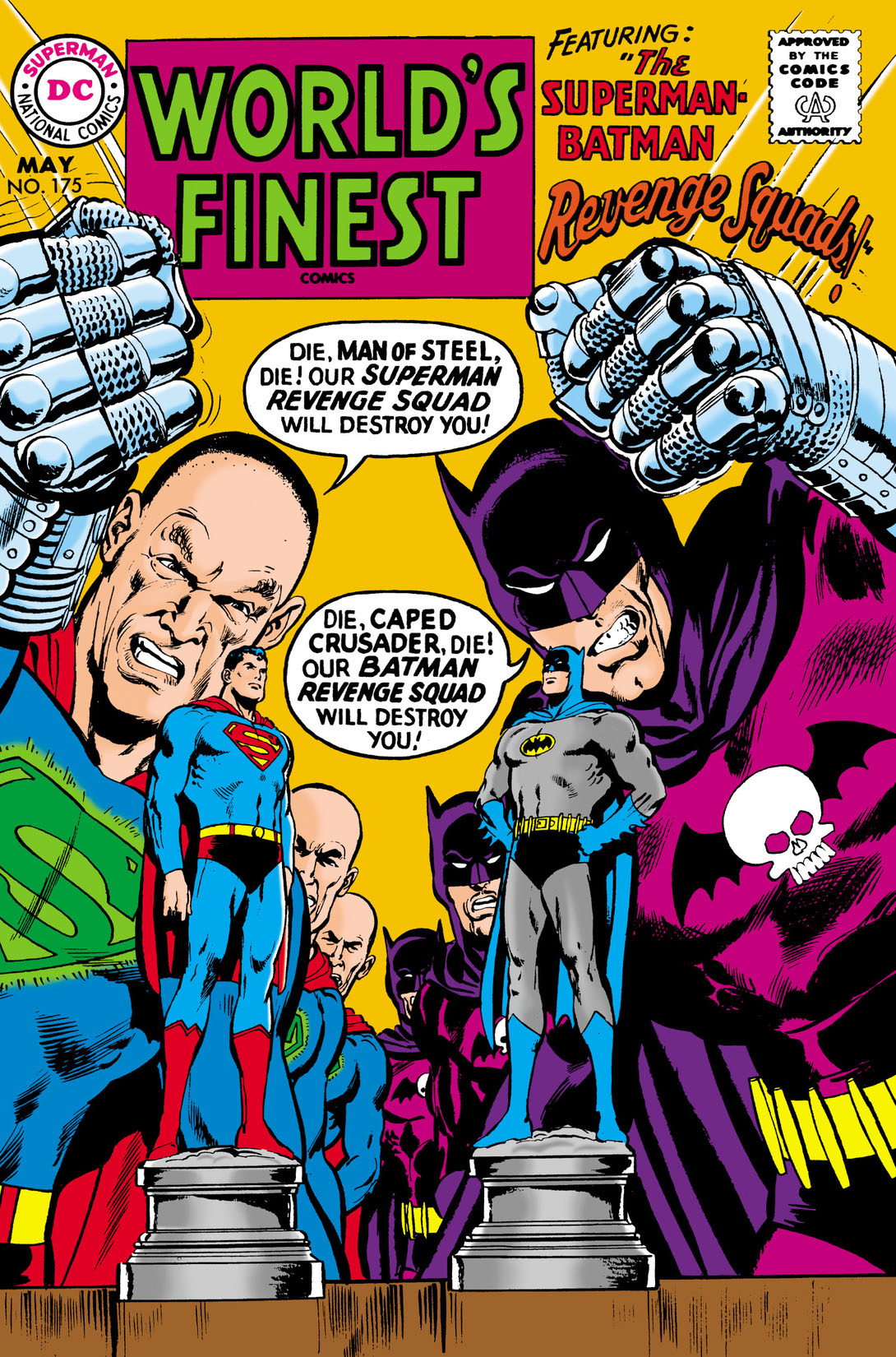 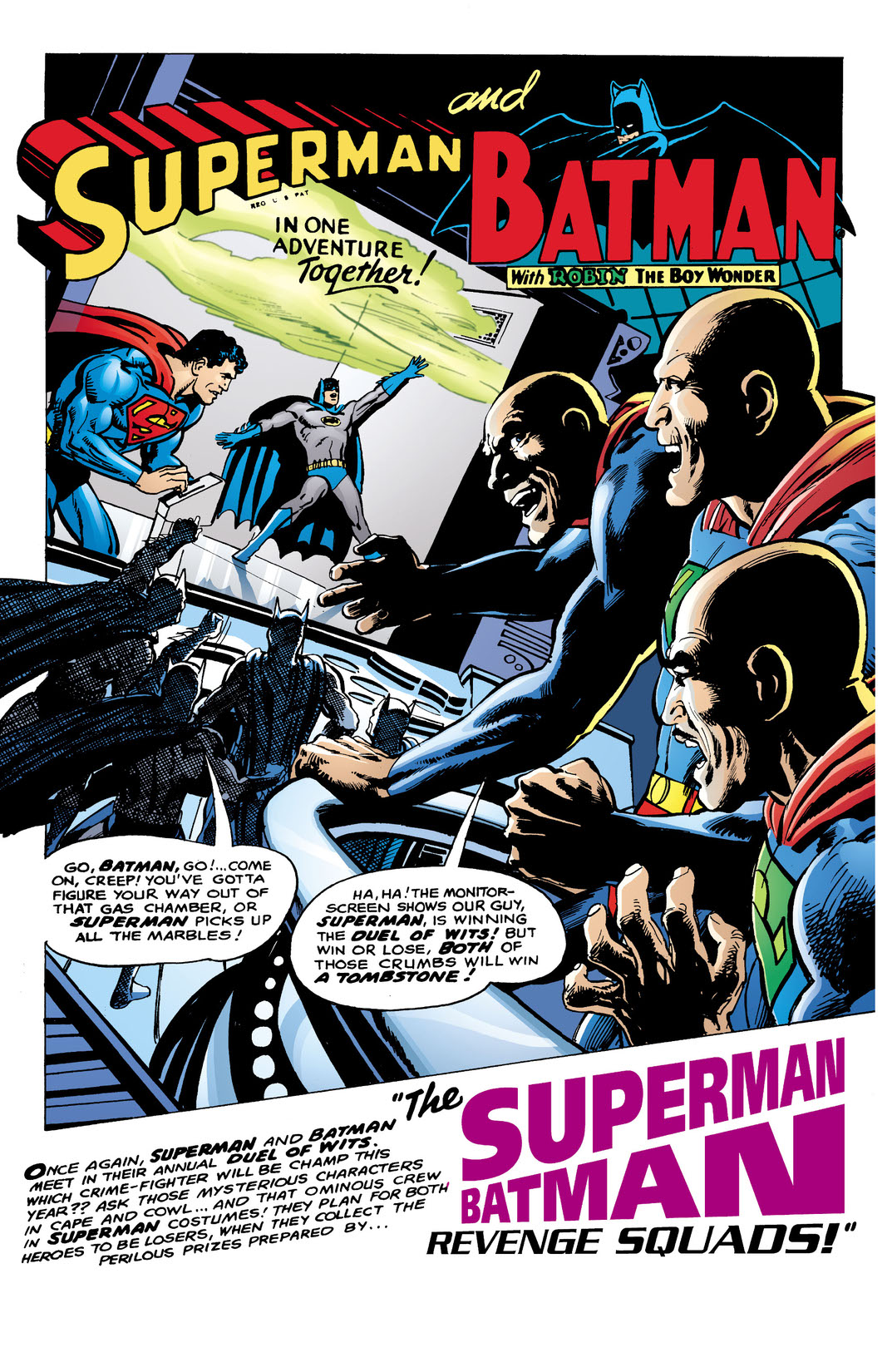 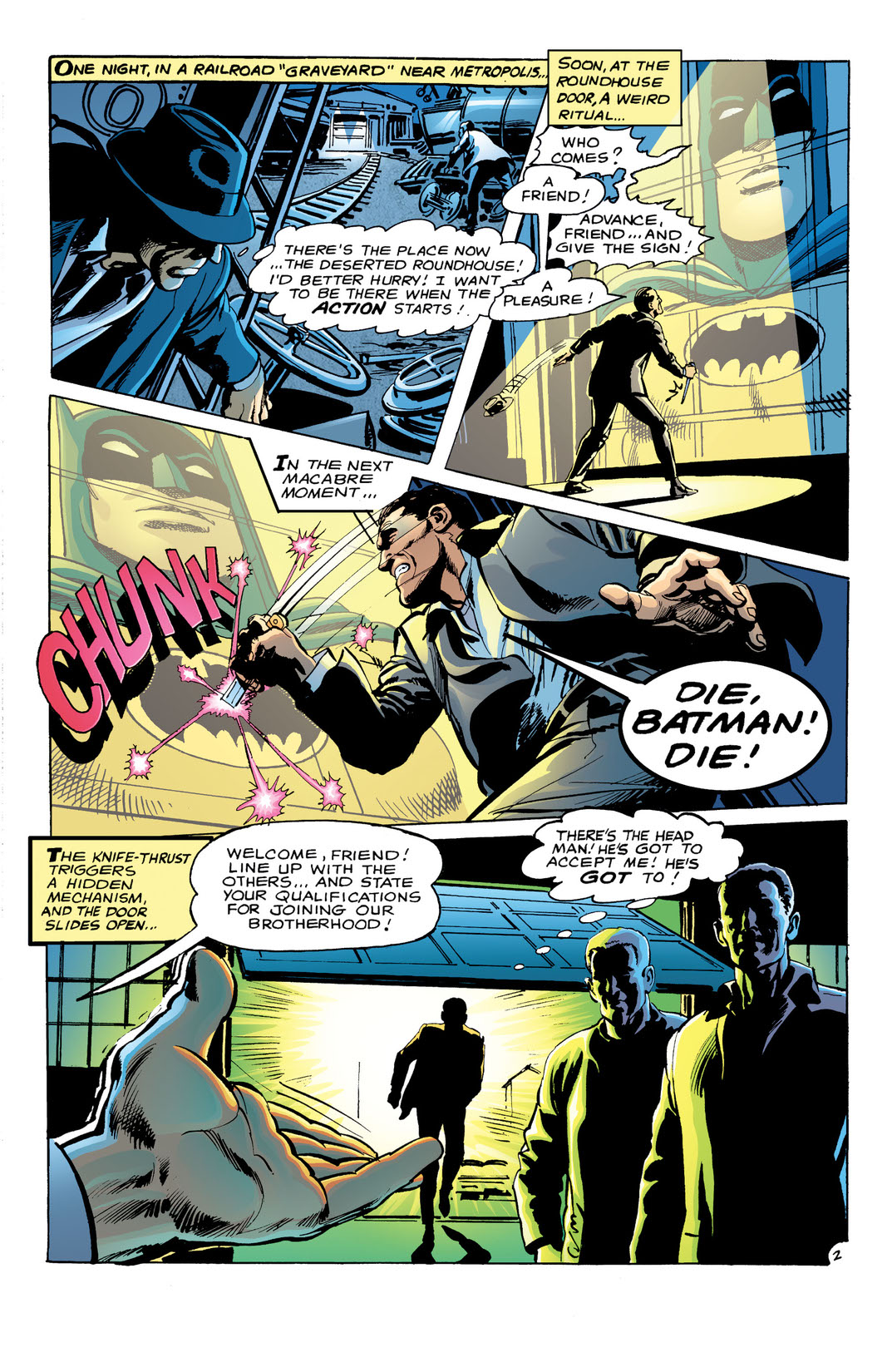 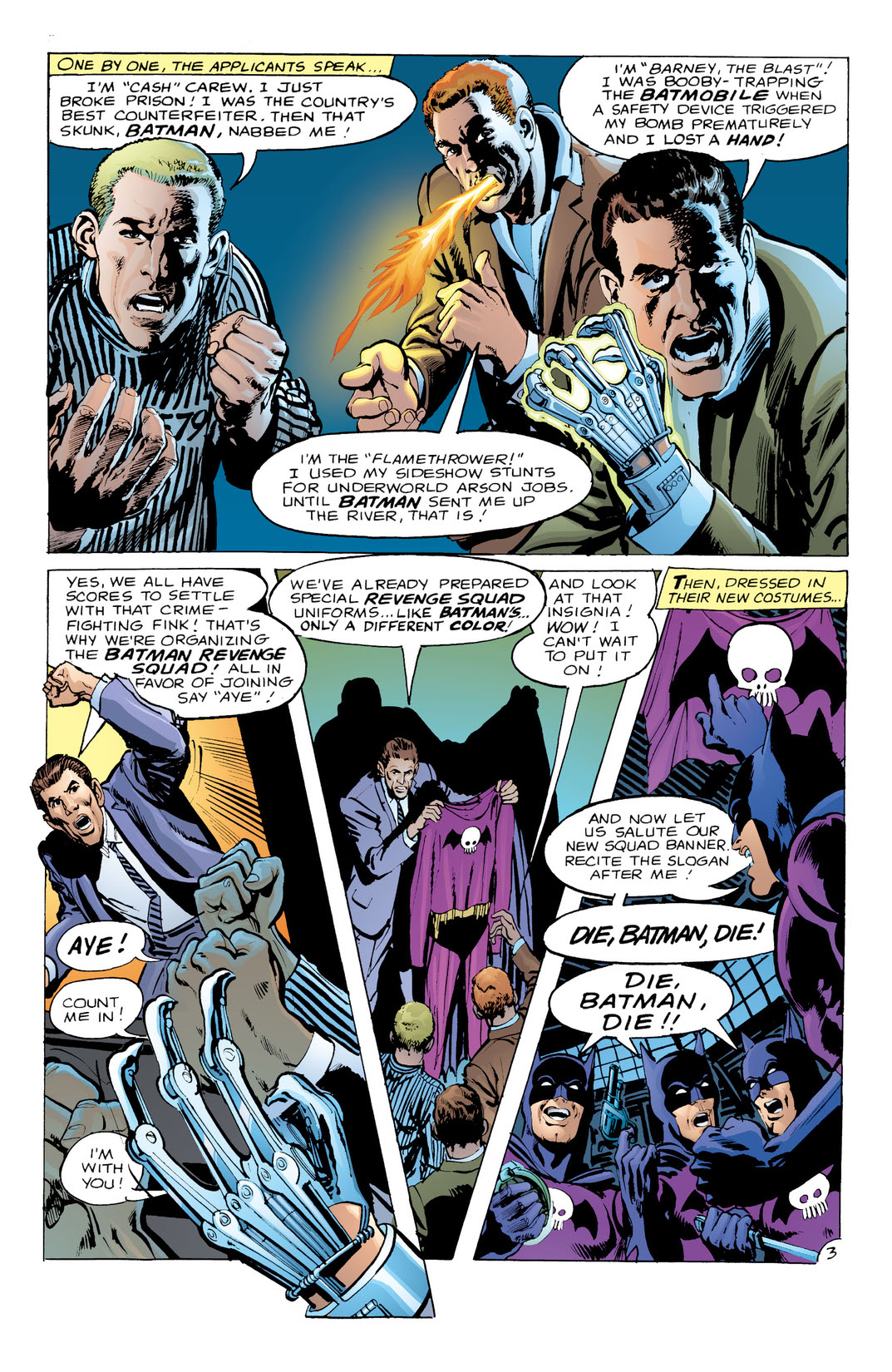 “THE SUPERMAN-BATMAN REVENGE SQUADS!” Once each year, Superman and Jimmy Olsen bet their crime-fighting skills against Batman and Robin. But as the heroes participate in various contests of skill, their respective Revenge Squads try to sabotage their opponents!