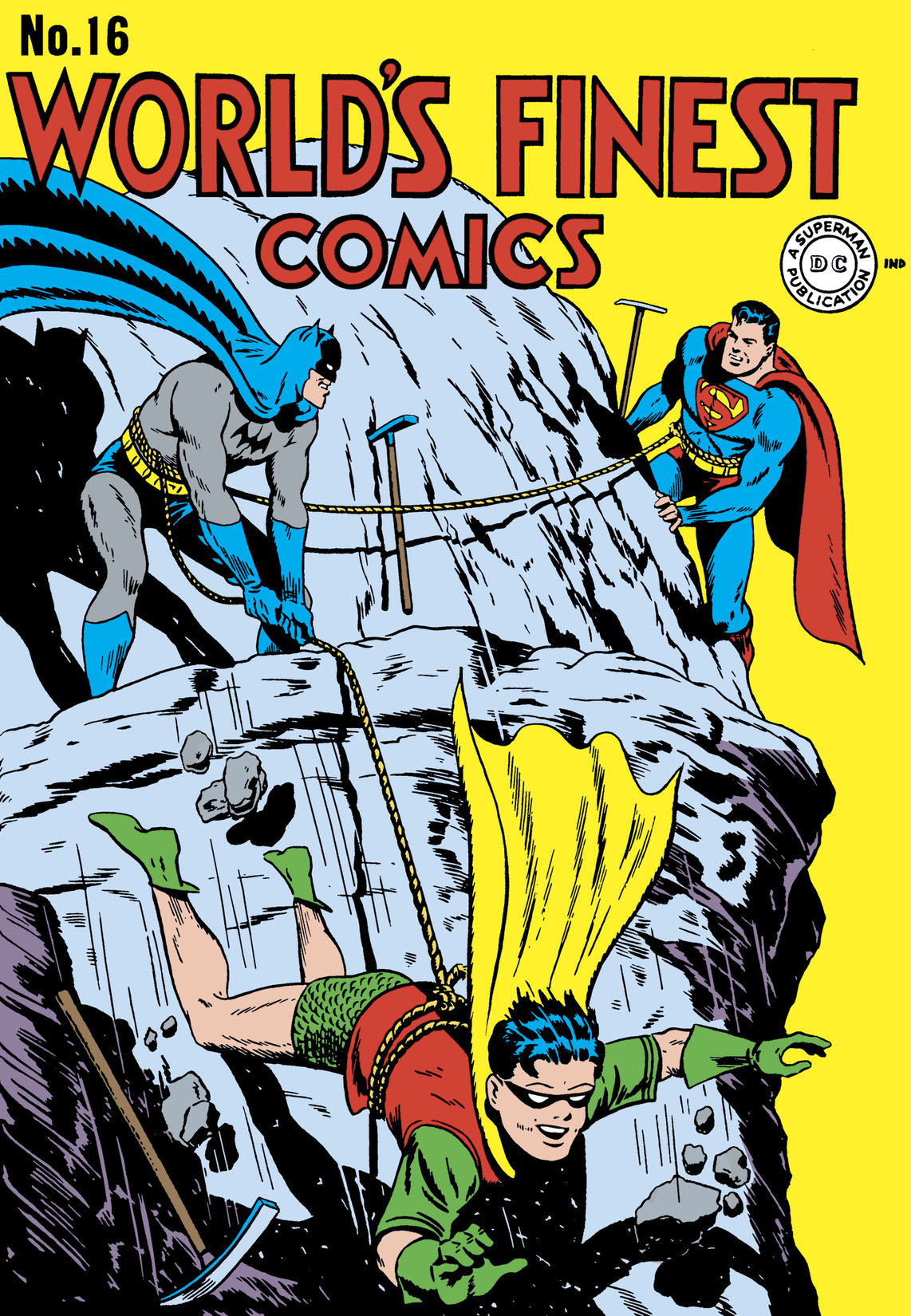 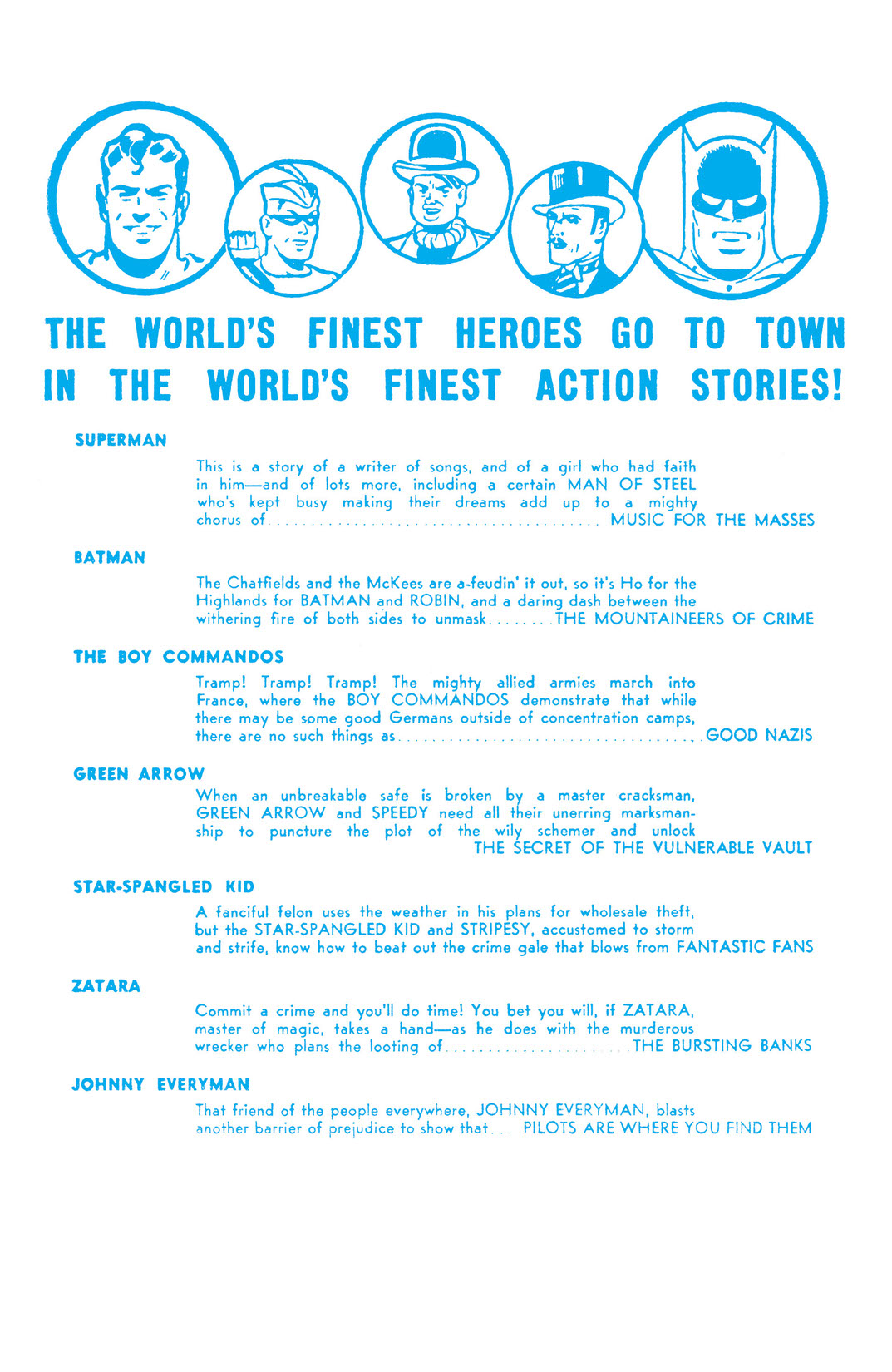 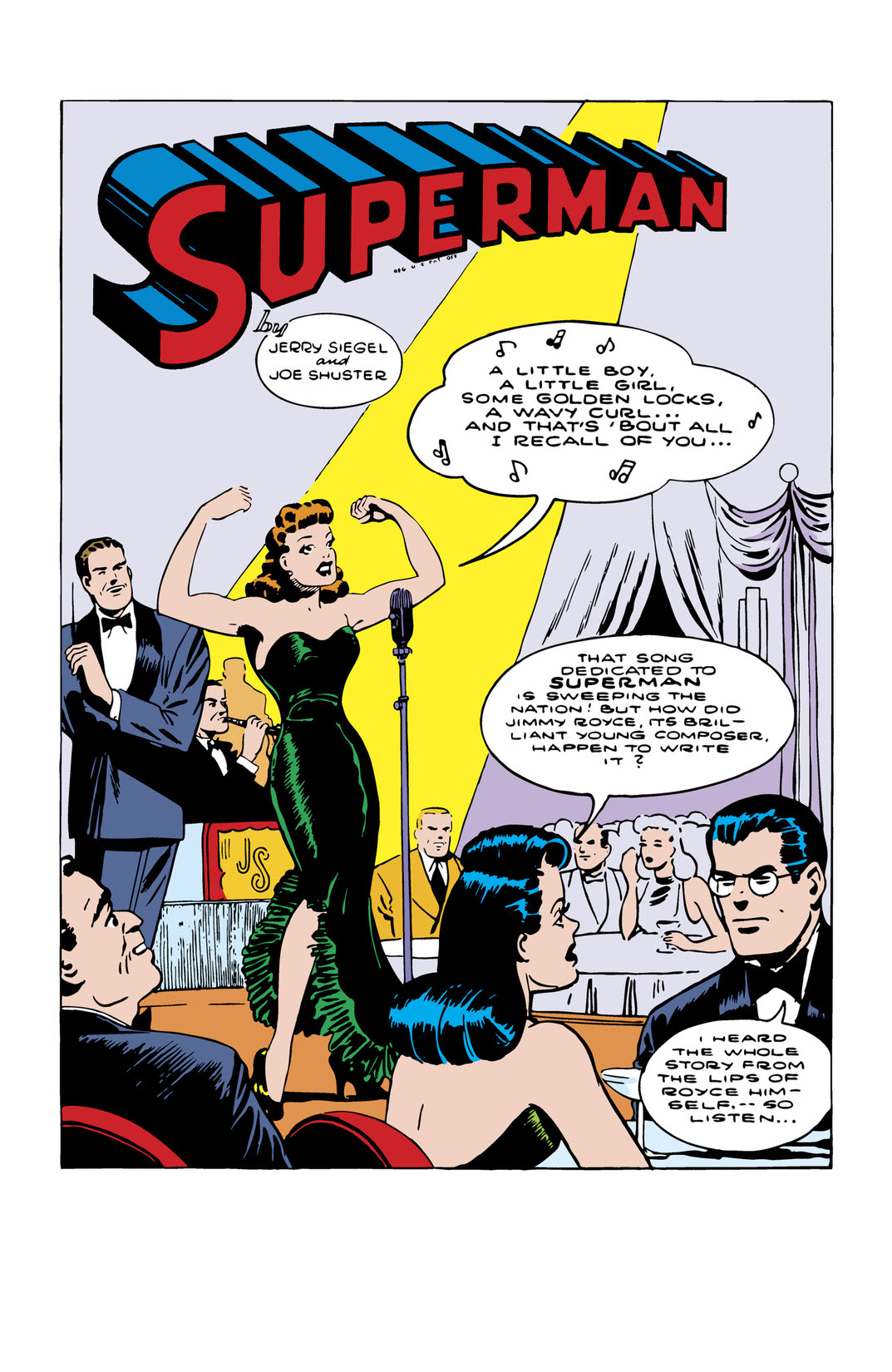 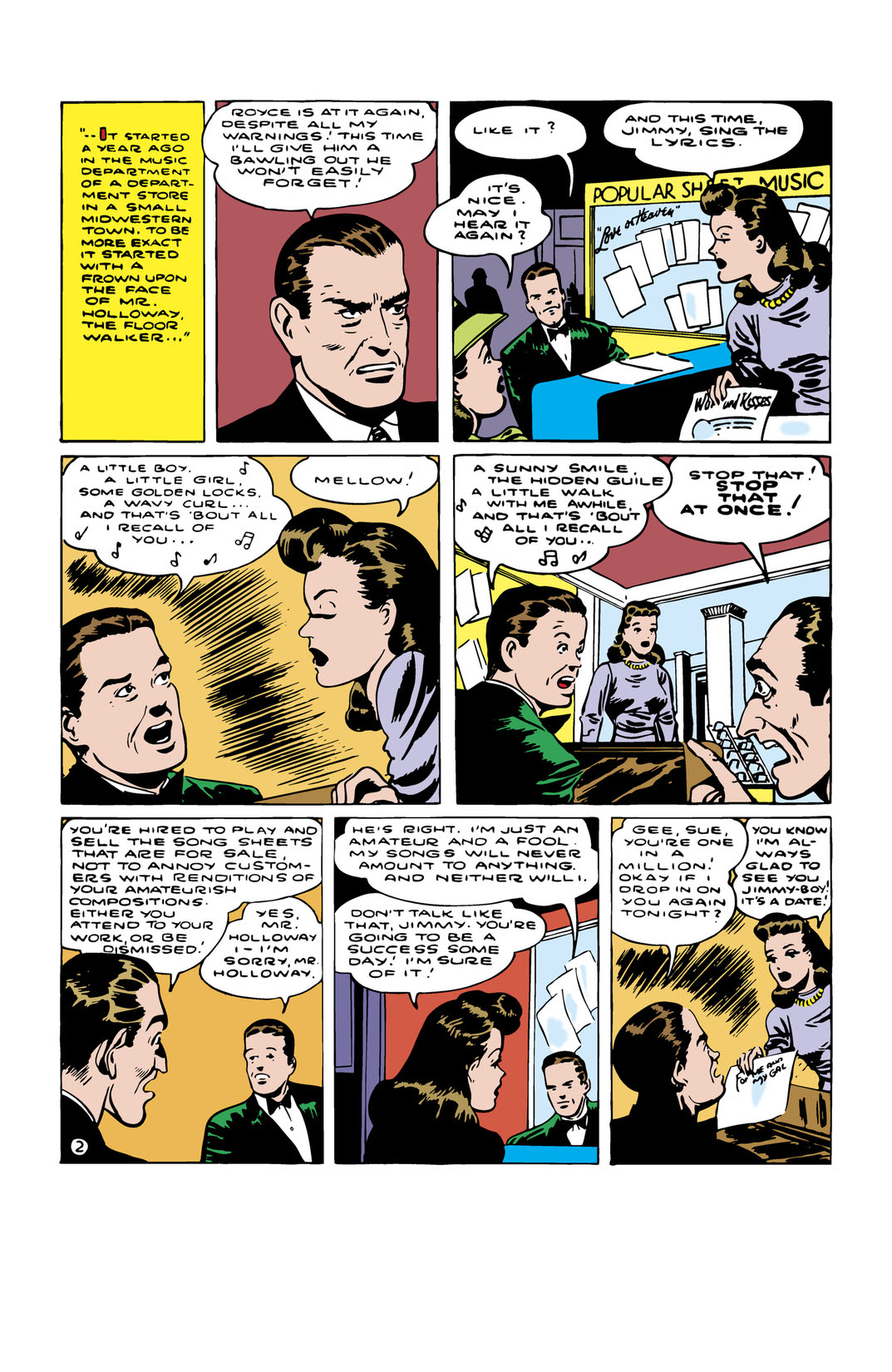 “MUSIC FOR THE MASSES!” A young, unpublished songwriter heads for the big city in order to sell some of his snappy tunes, but no one agrees to give him a chance until Superman steps in to lend him a hand!