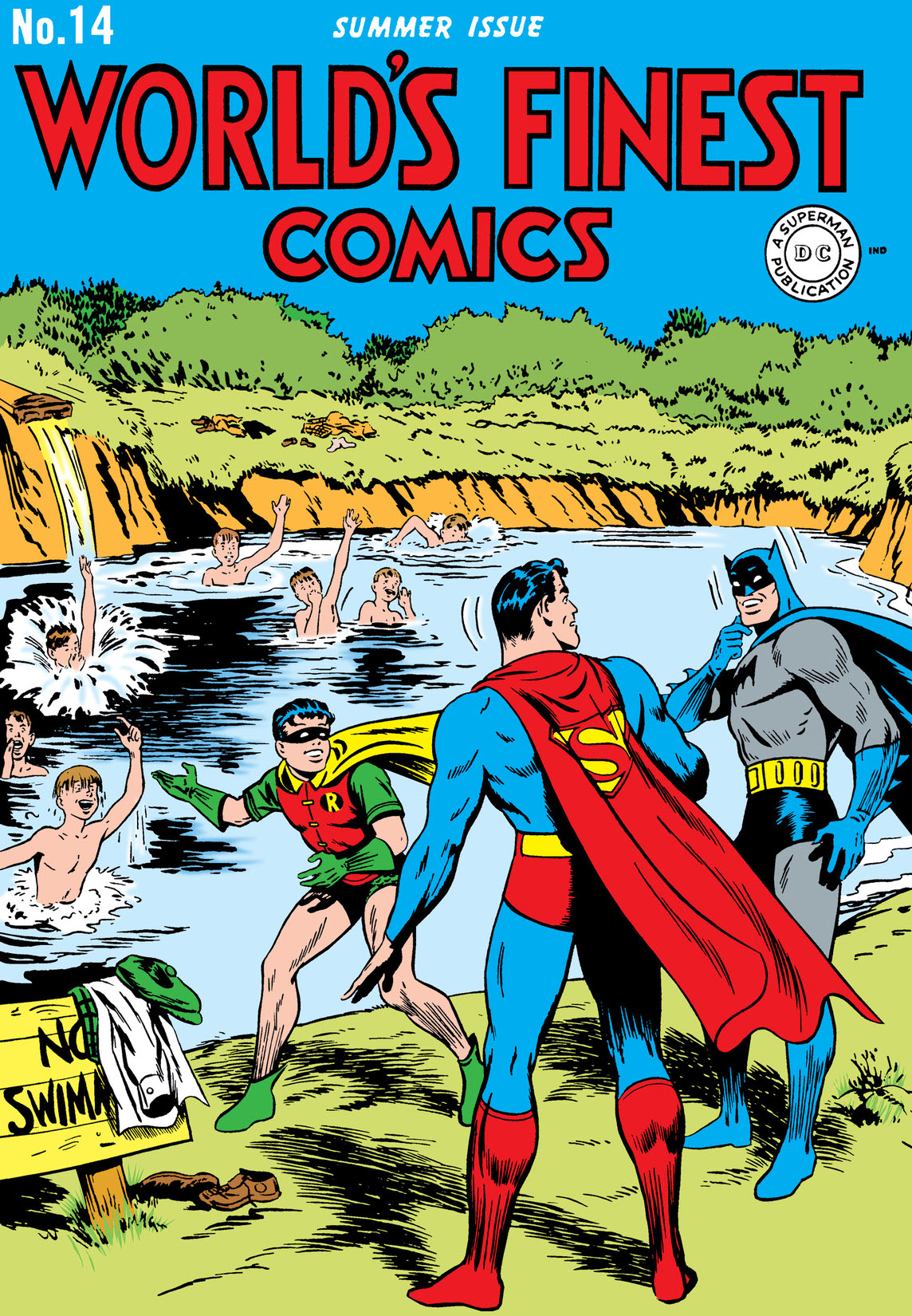 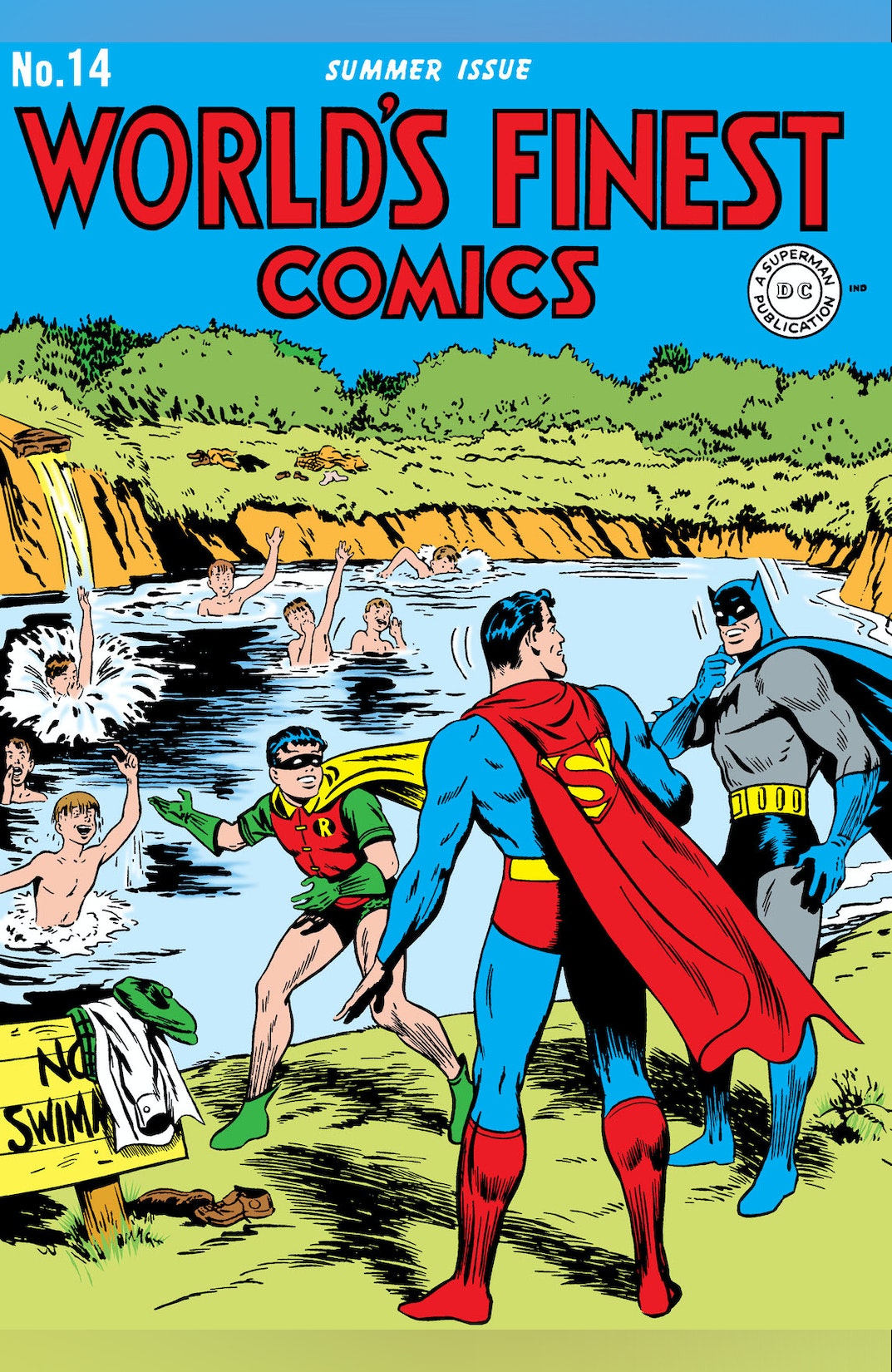 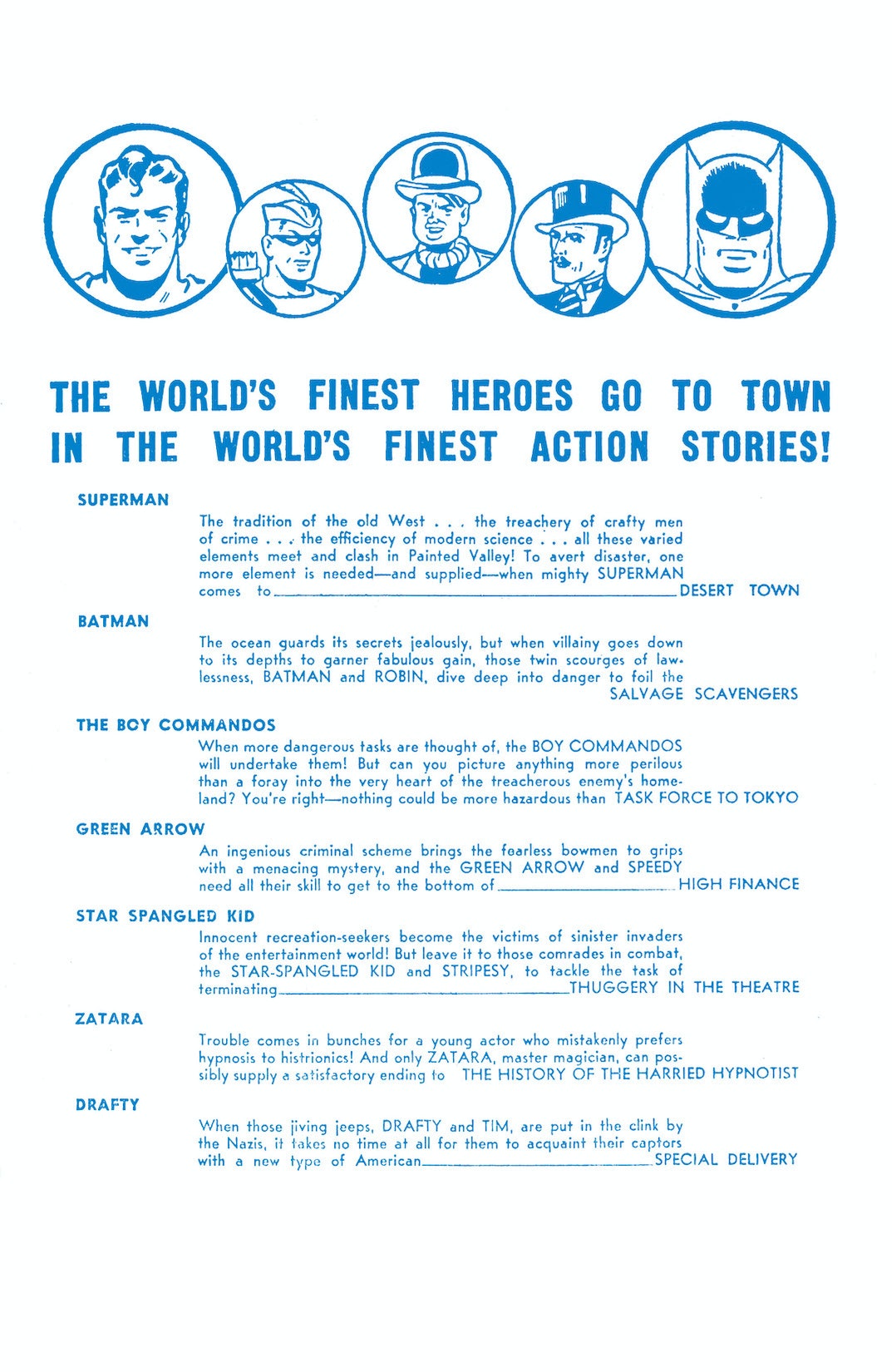 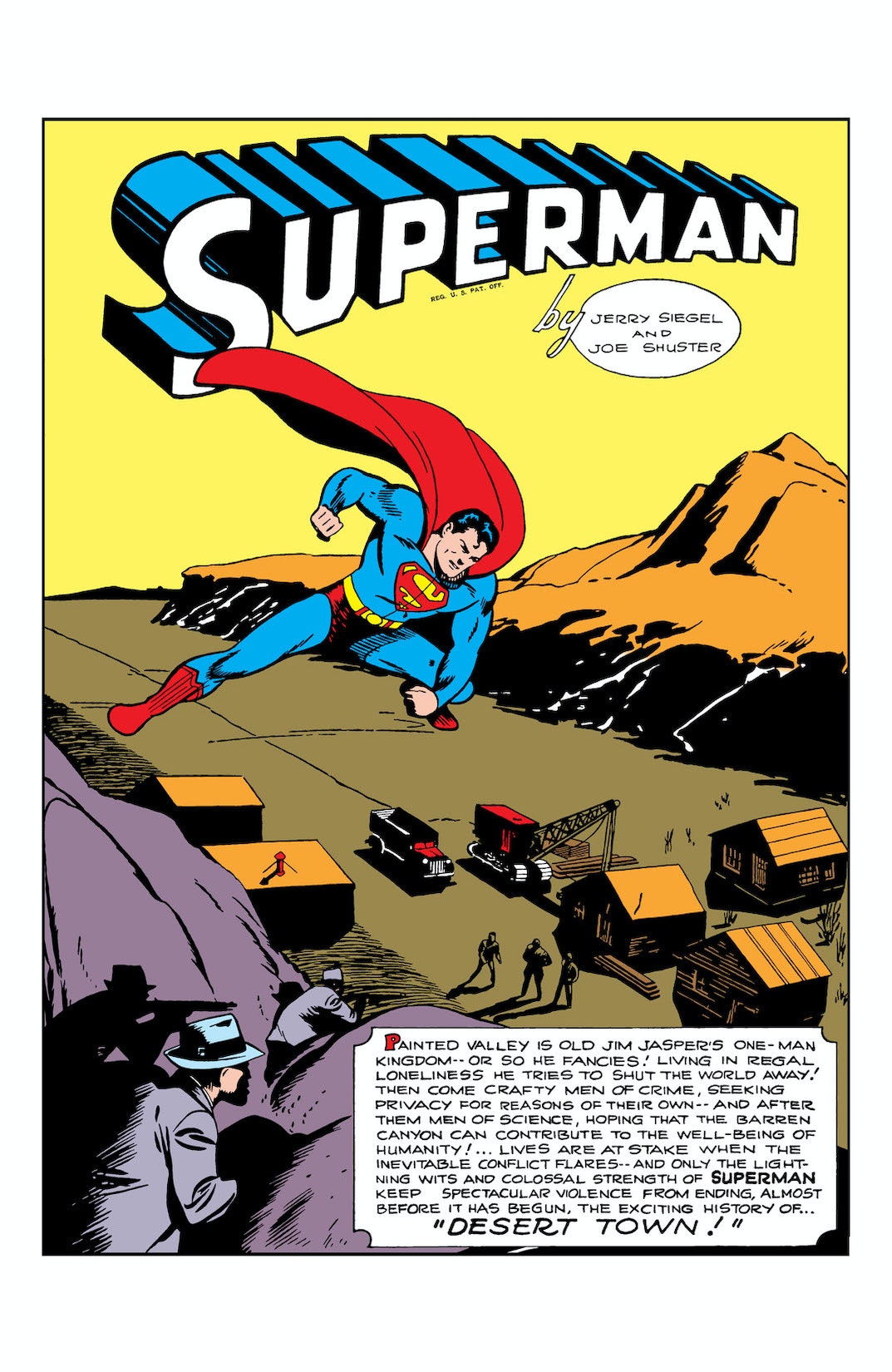 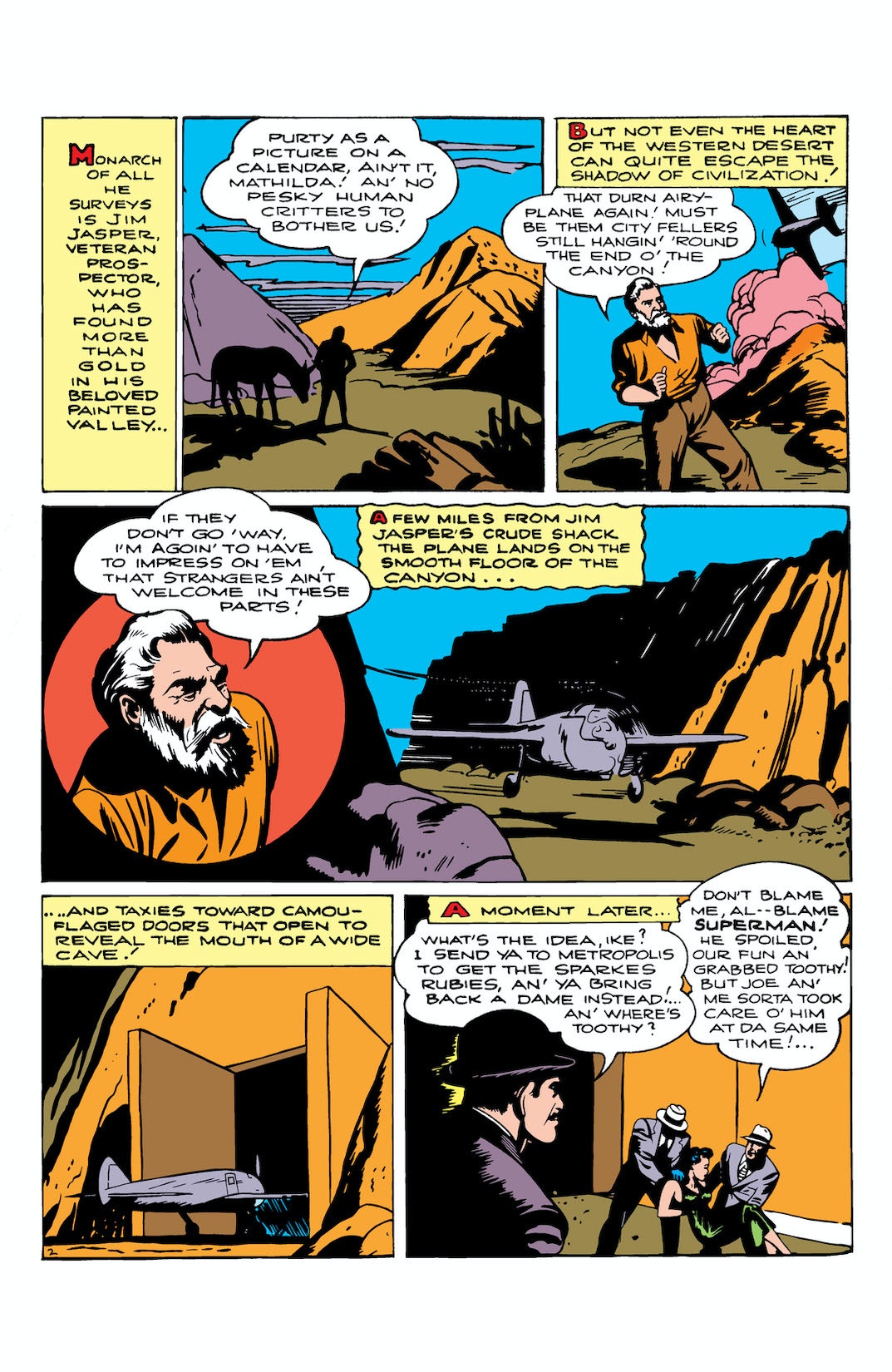 “DESERT TOWN!” Jim Jaspers wants to keep his town in Painted Valley a ghost town, but when criminals invade his domain (having kidnapped Lois and stolen a valuable ruby back in Metropolis) and discover his mother lode of gold, Superman has to enter the picture.