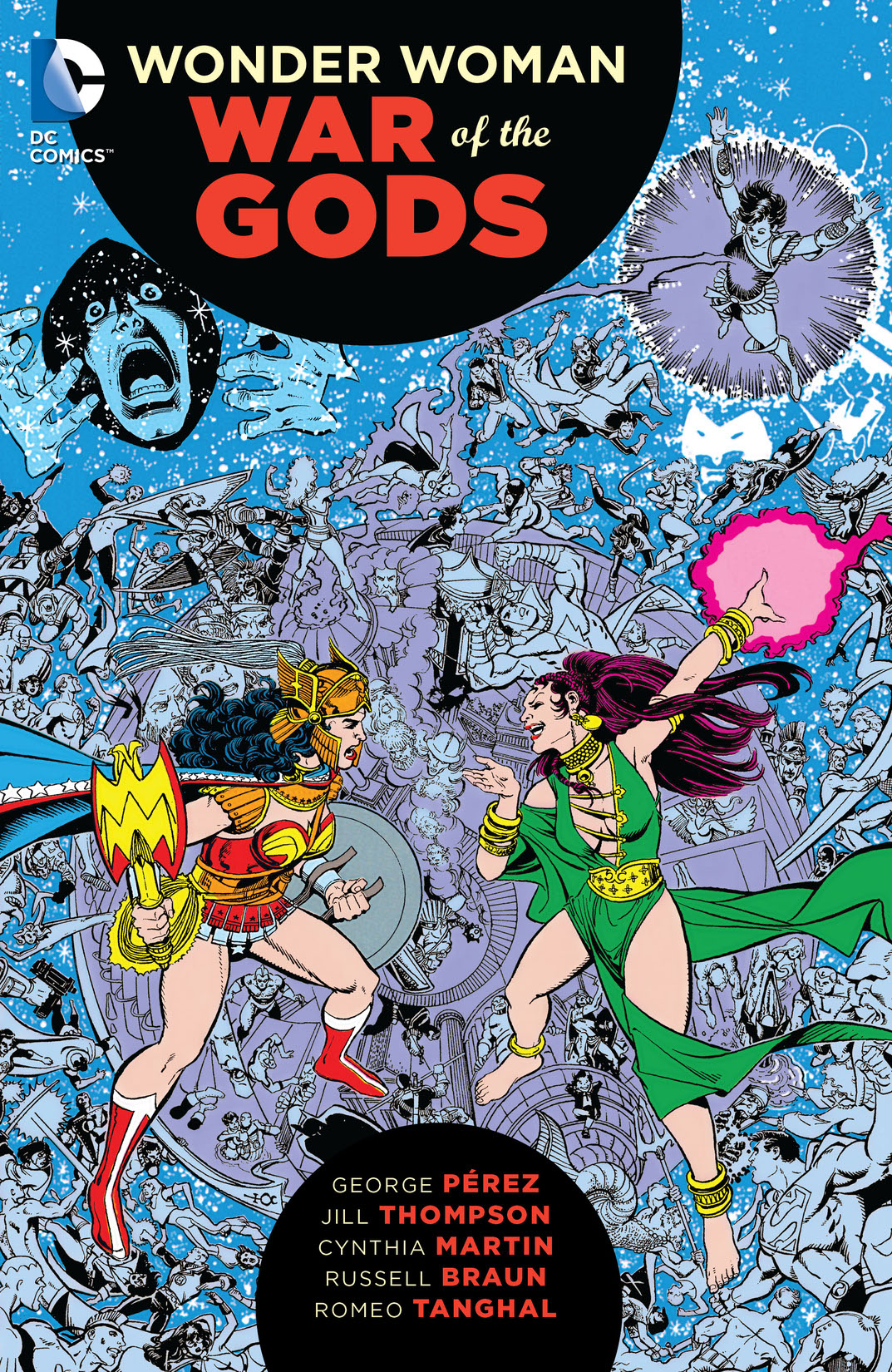 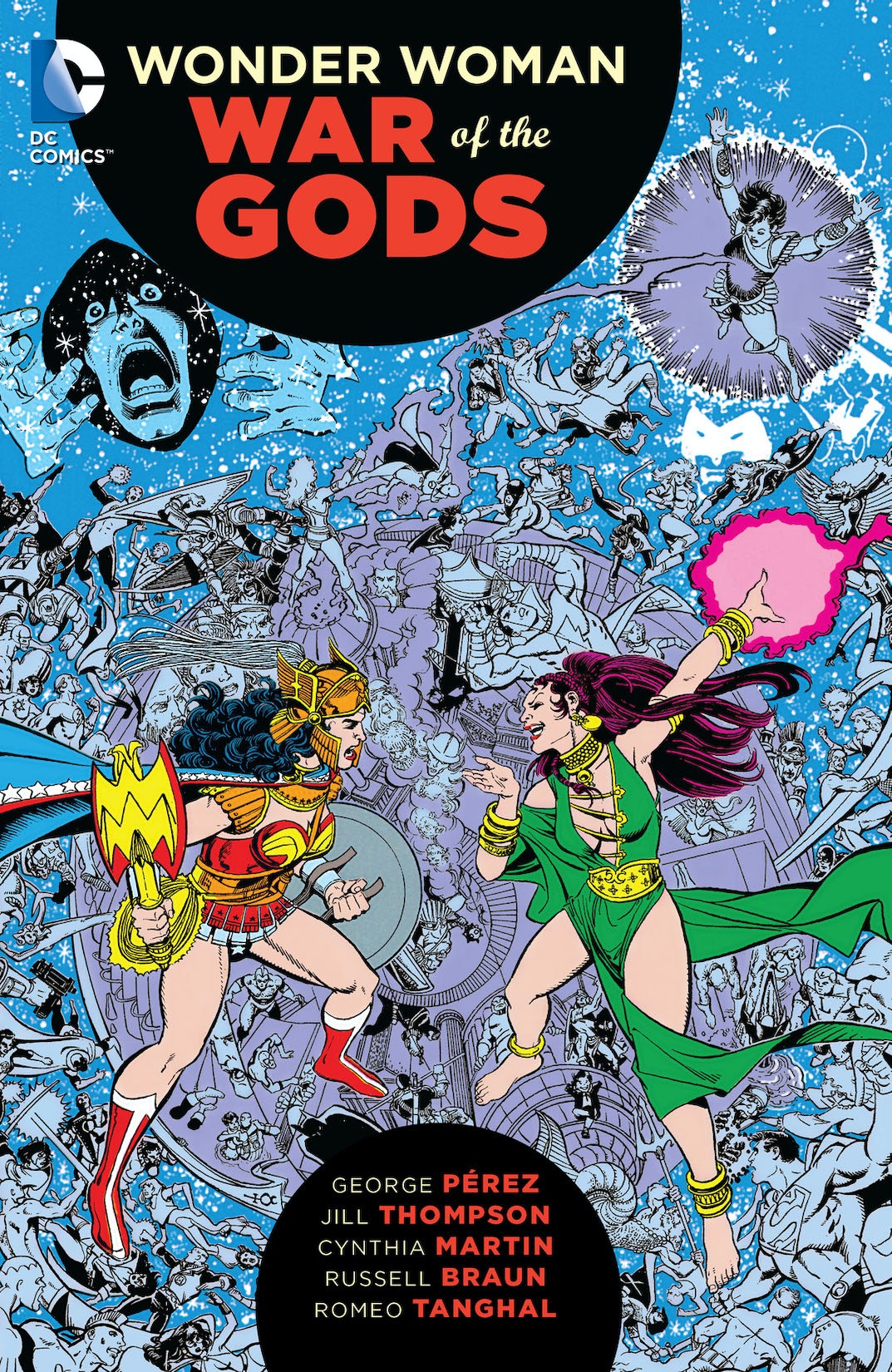 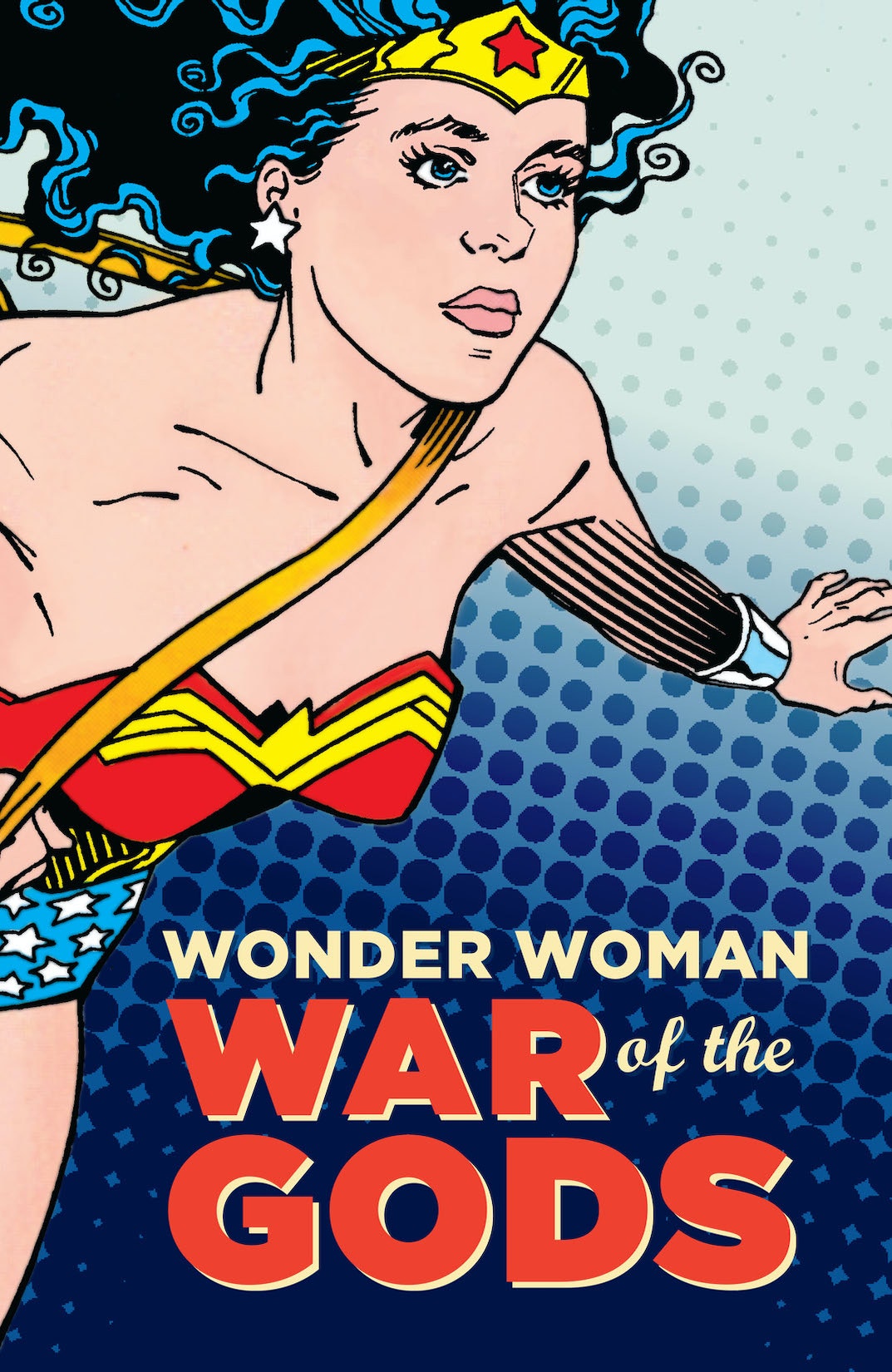 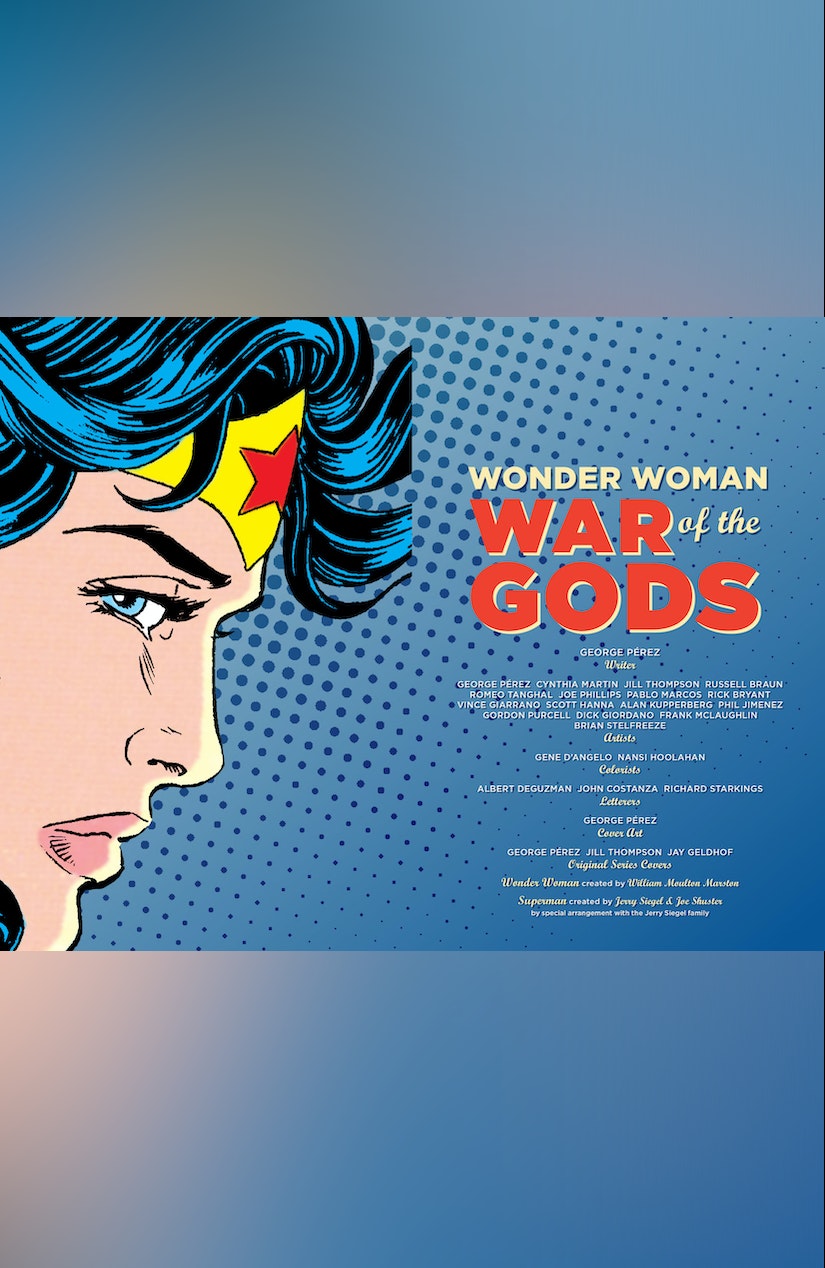 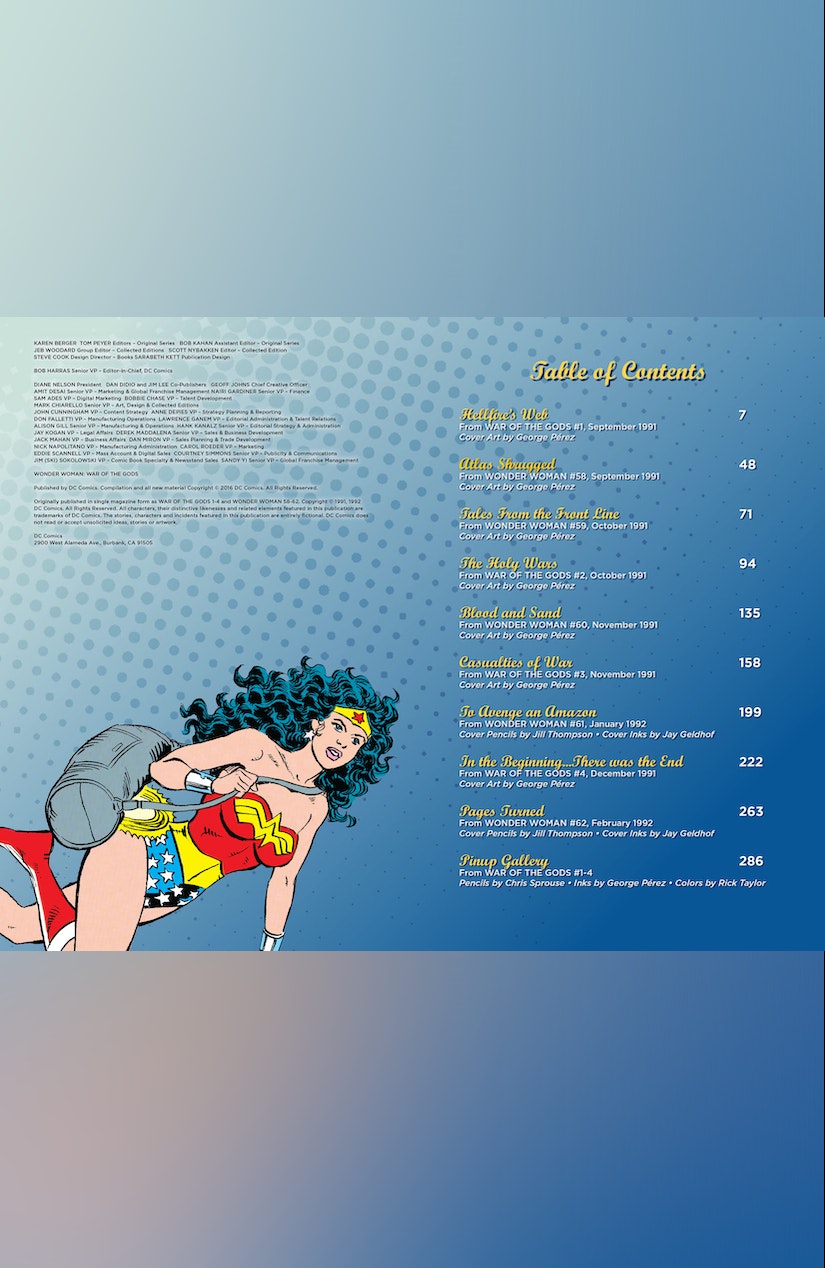 Wonder Woman: War of the Gods

Wonder Woman: War of the Gods

Legendary comics author George Pérez’s epic Wonder Woman saga! On Wonder Woman’s island home of Themyscira, angry voices are rising. Following a massacre in man’s world, Queen Hippolyta is presumed dead, and the Amazons’ thirst for revenge is strong. But even as her people teeter on the brink of war, Princess Diana is forcibly summoned to Olympus, where Zeus and the Greek gods are being attacked by their Roman counterparts-in defiance of all heavenly order. The realms of the gods are being turned upside down and inside out, and if left unchecked the chaos will quickly engulf the earth. Beneath it all lies a tangled web of magic and deceit that ensnares everyone from Superman and Captain Marvel to Lobo and the Suicide Squad. But even as the world’s greatest heroes unite to stop the warring pantheons, mortals and immortals alike remain pawns in a single mastermind’s twisted game. The evil sorceress Circe will stop at nothing to have her revenge on Wonder Woman-even if it means destroying the universe itself! Collects WAR OF THE GODS #1-4, WONDER WOMAN #58-62 and WONDER WOMAN: WAR OF THE GODS.