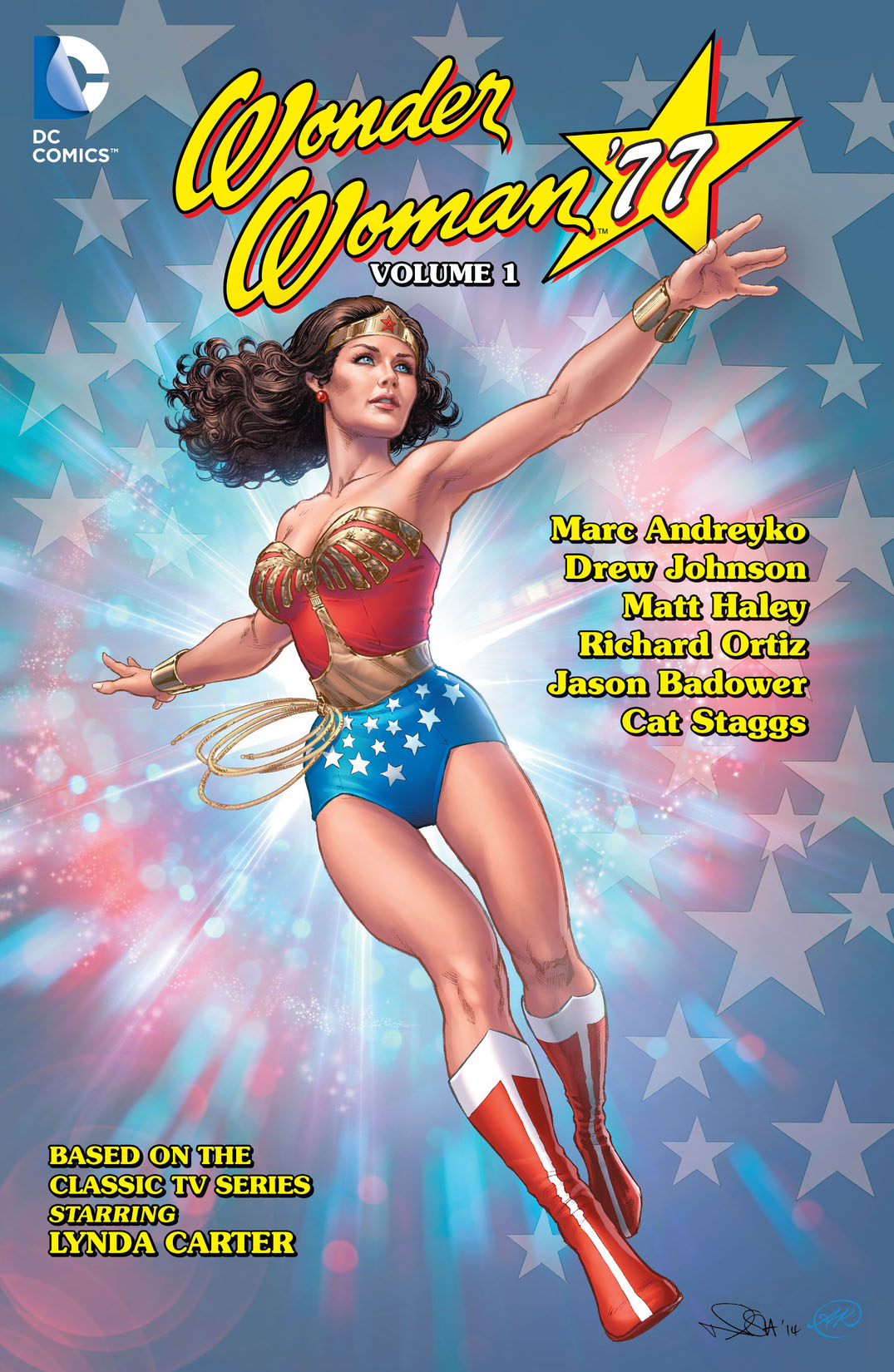 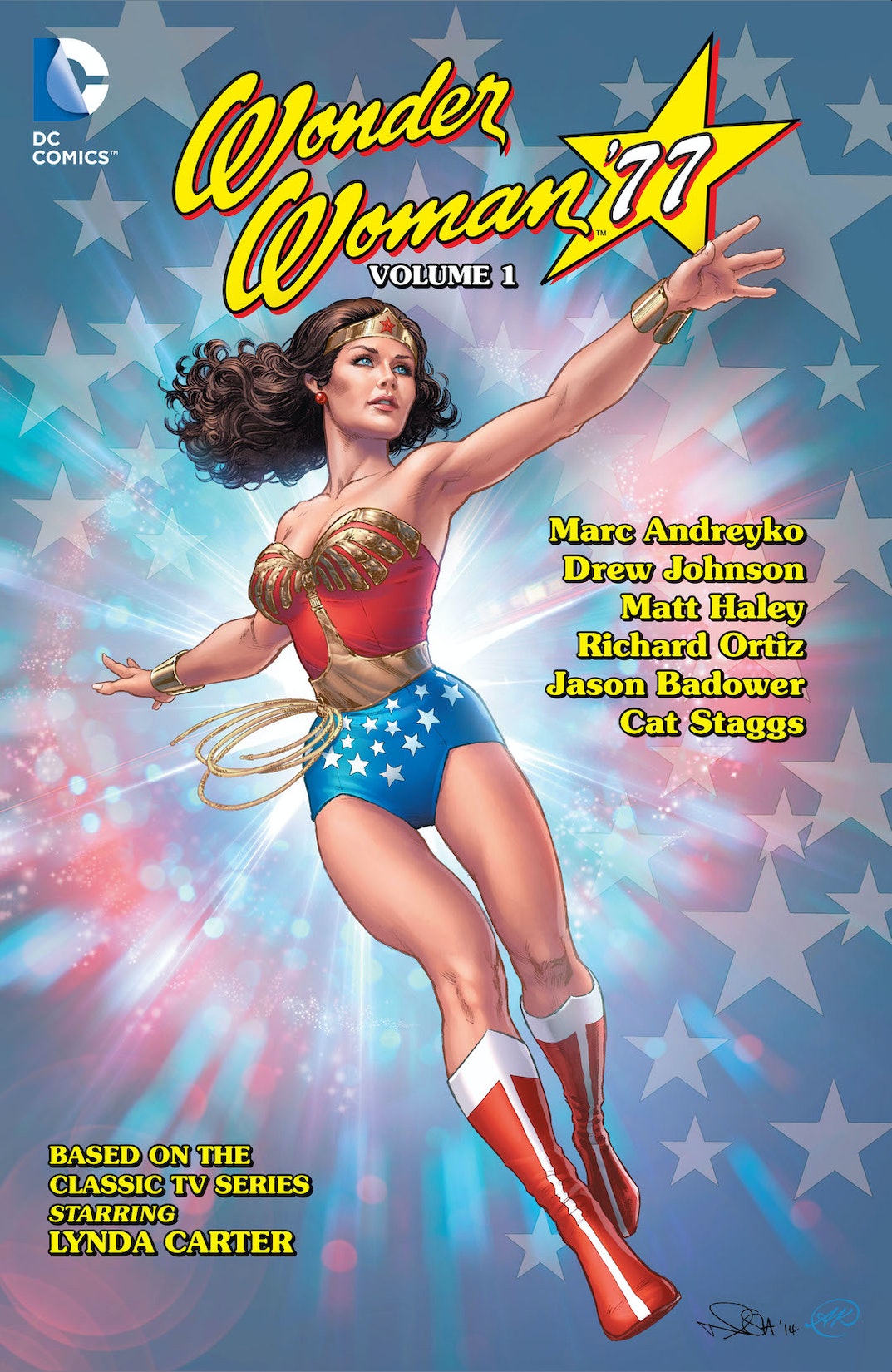 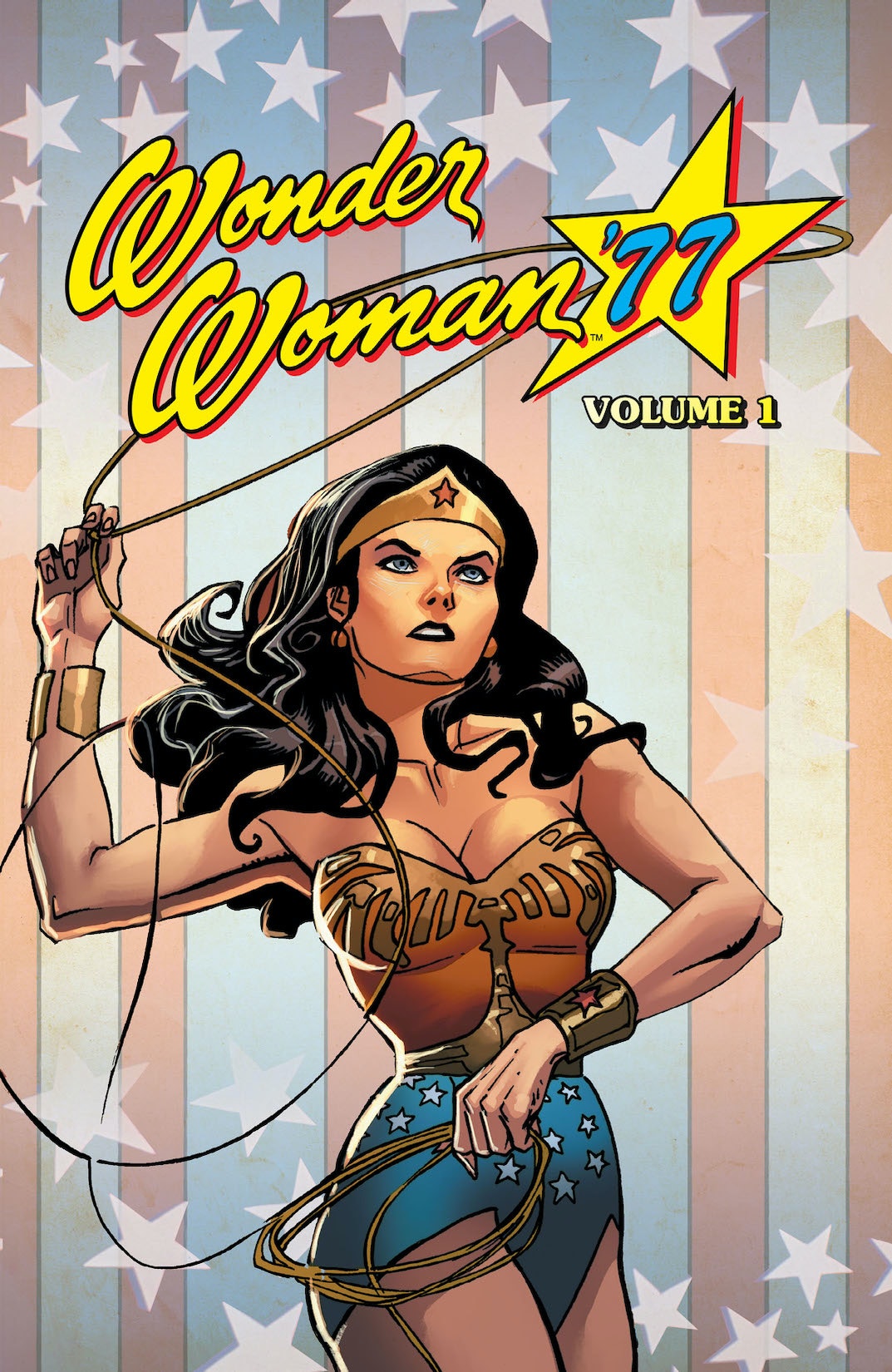 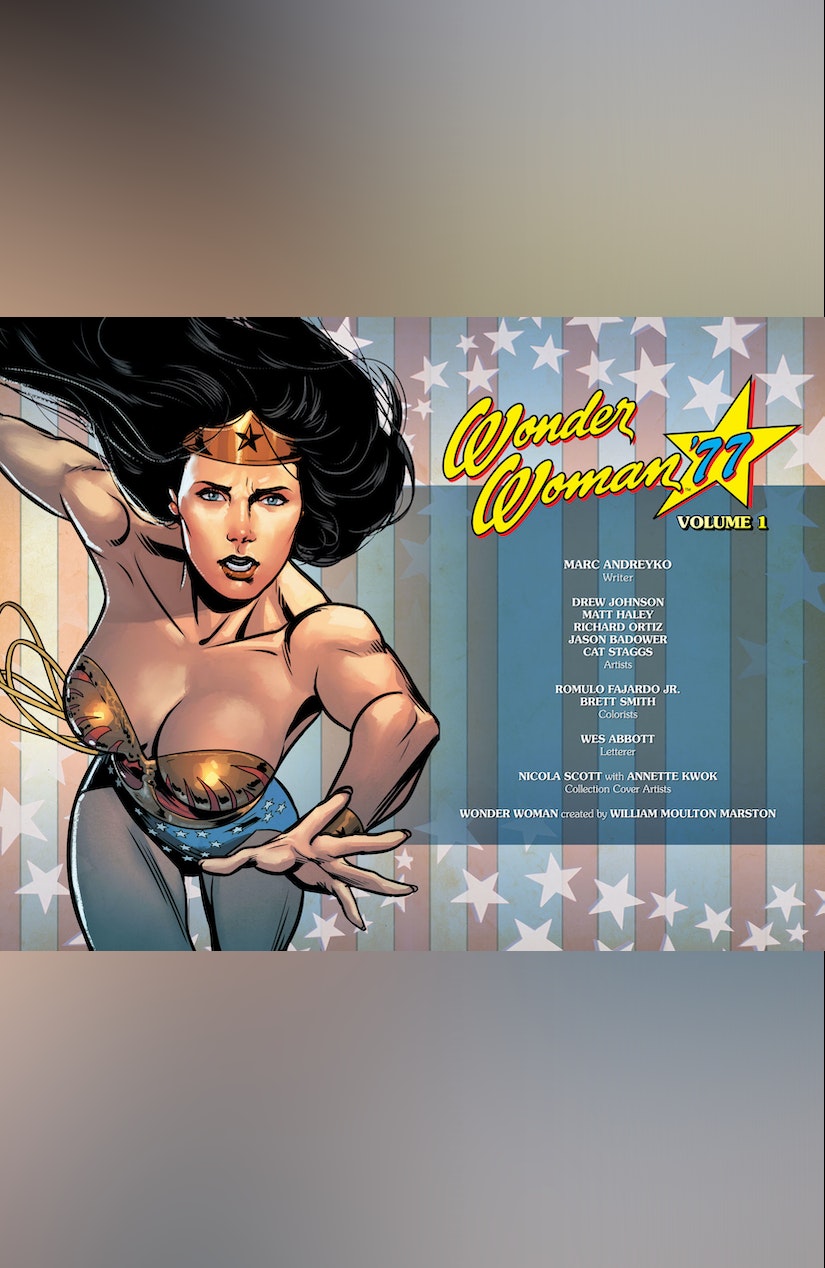 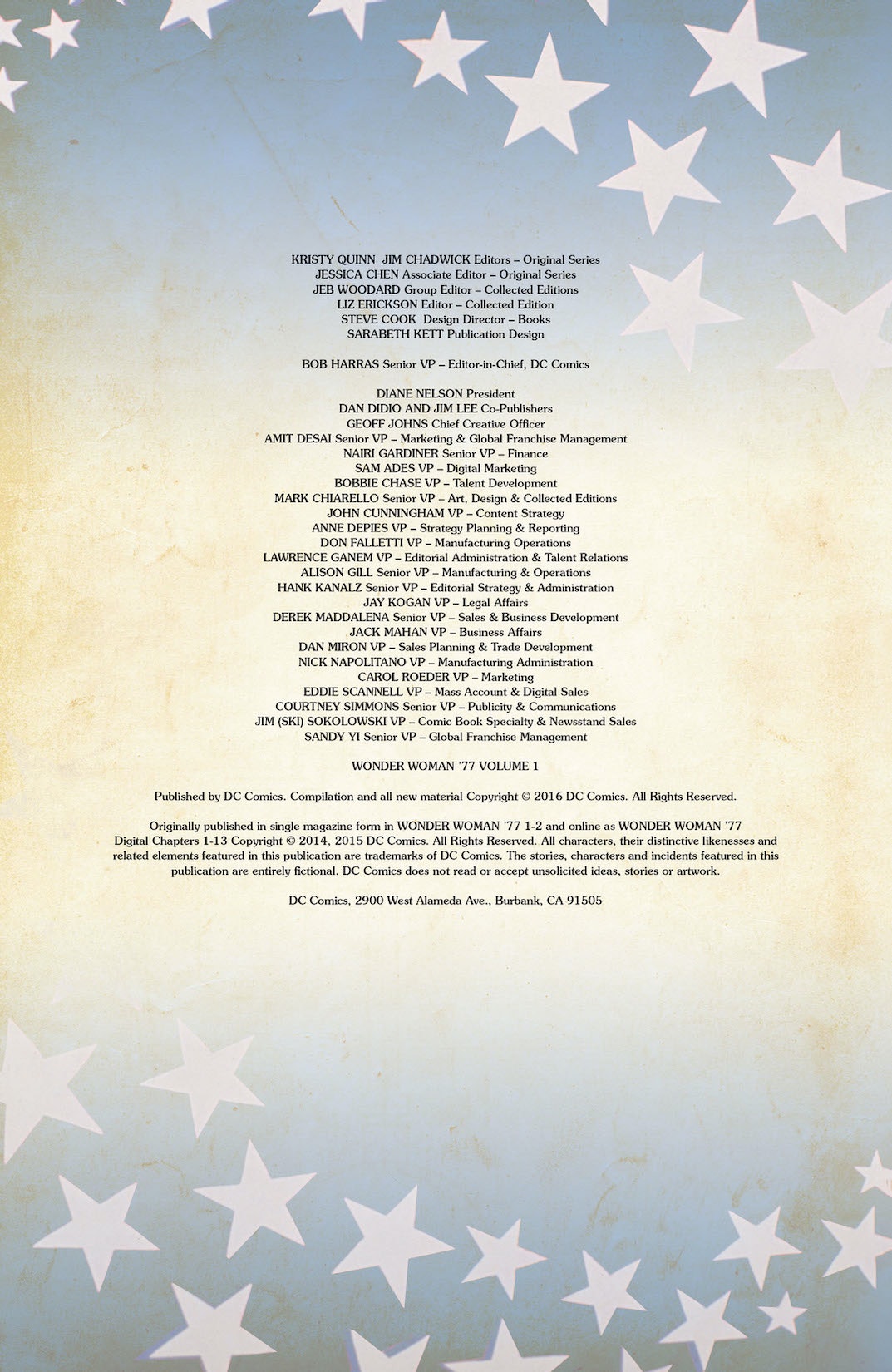 Set in the world of the 1977 TV series, WONDER WOMAN ’77 VOLUME 1 makes all that was retro new again, from writer Marc Andreyko (BATWOMAN), artists Drew Johnson (WONDER WOMAN), Matt Haley (BIRDS OF PREY), Cat Staggs (SMALLVILLE) and more! Amazonian Princess and Federal Agent Diana Prince-and her alter ego, the superheroine Wonder Woman-is always ready to leap into action, no matter the era. She’ll have to do battle with disco-loving Soviet spies at the swinging Studio 52, fight for her own identity after being targeted by the obsessive Doctor Psycho, and save a politician who finds himself in the literal hot seat thanks to a brand new villain, not to mention tangle with an enraged Solomon Grundy and her classic nemesis, Cheetah. To save the day, Diana will need all of her formidable powers, and the help of her partner, Agent Steve Trevor! Collects WONDER WOMAN ’77 #1-2.