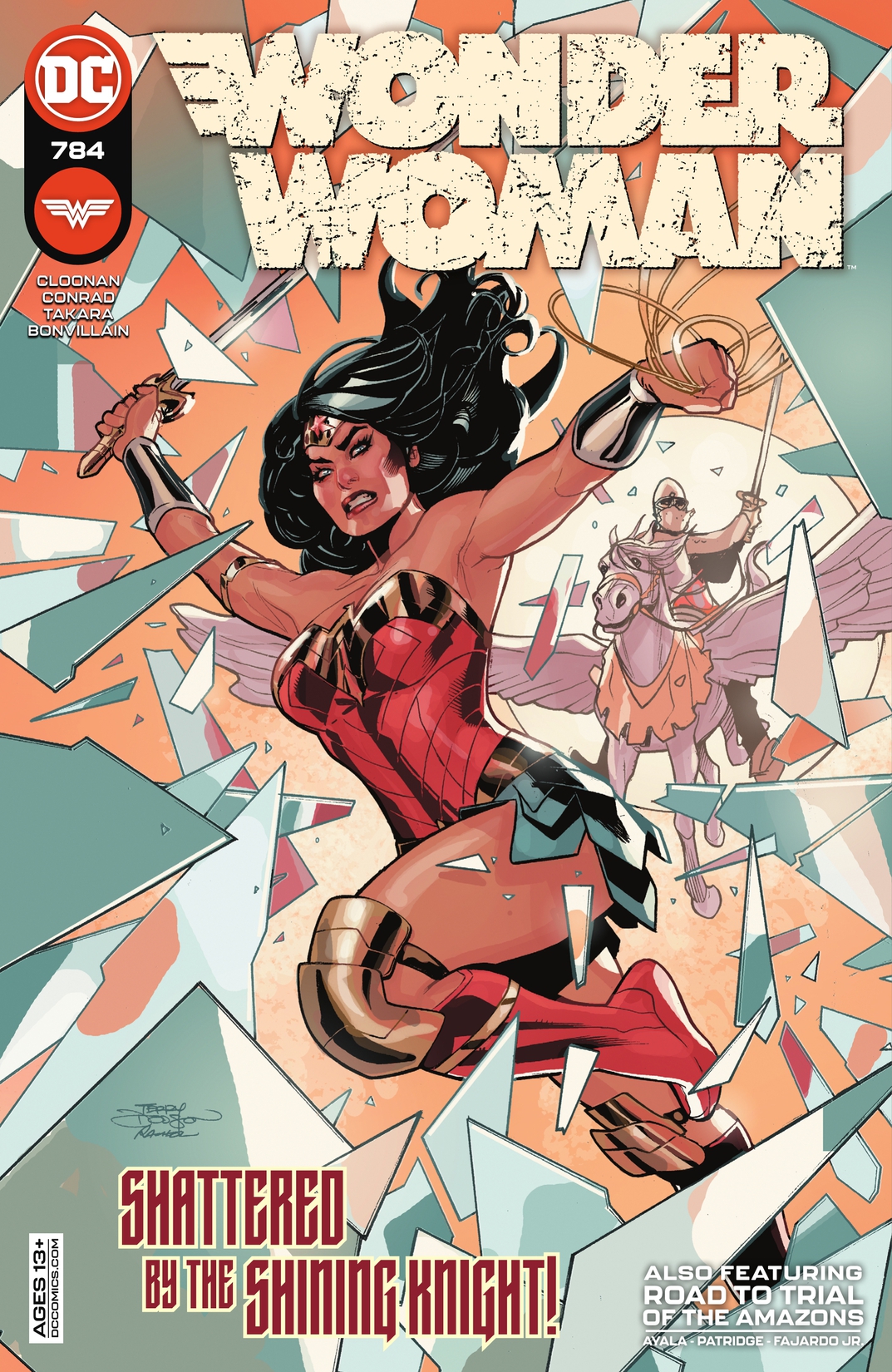 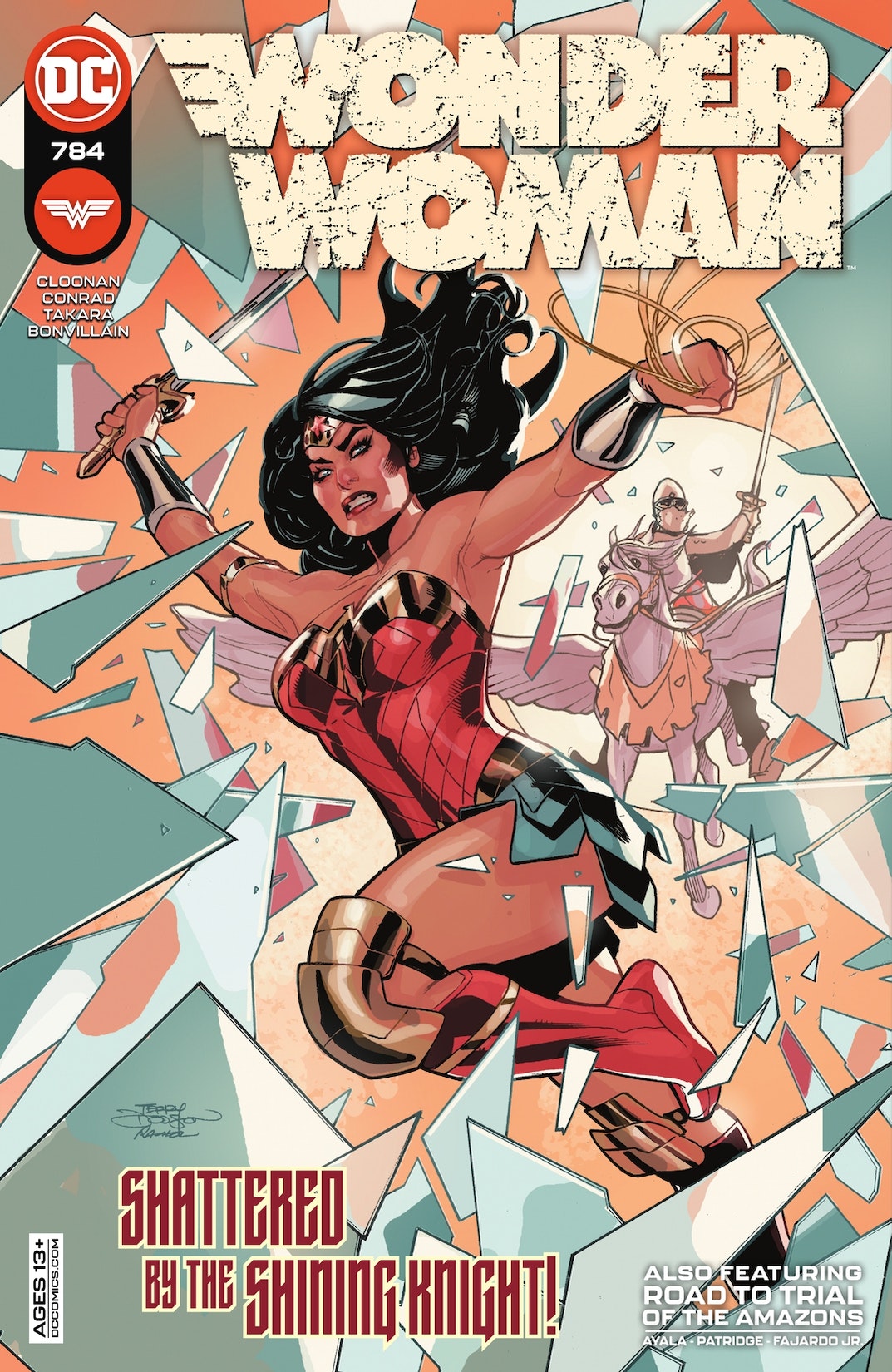 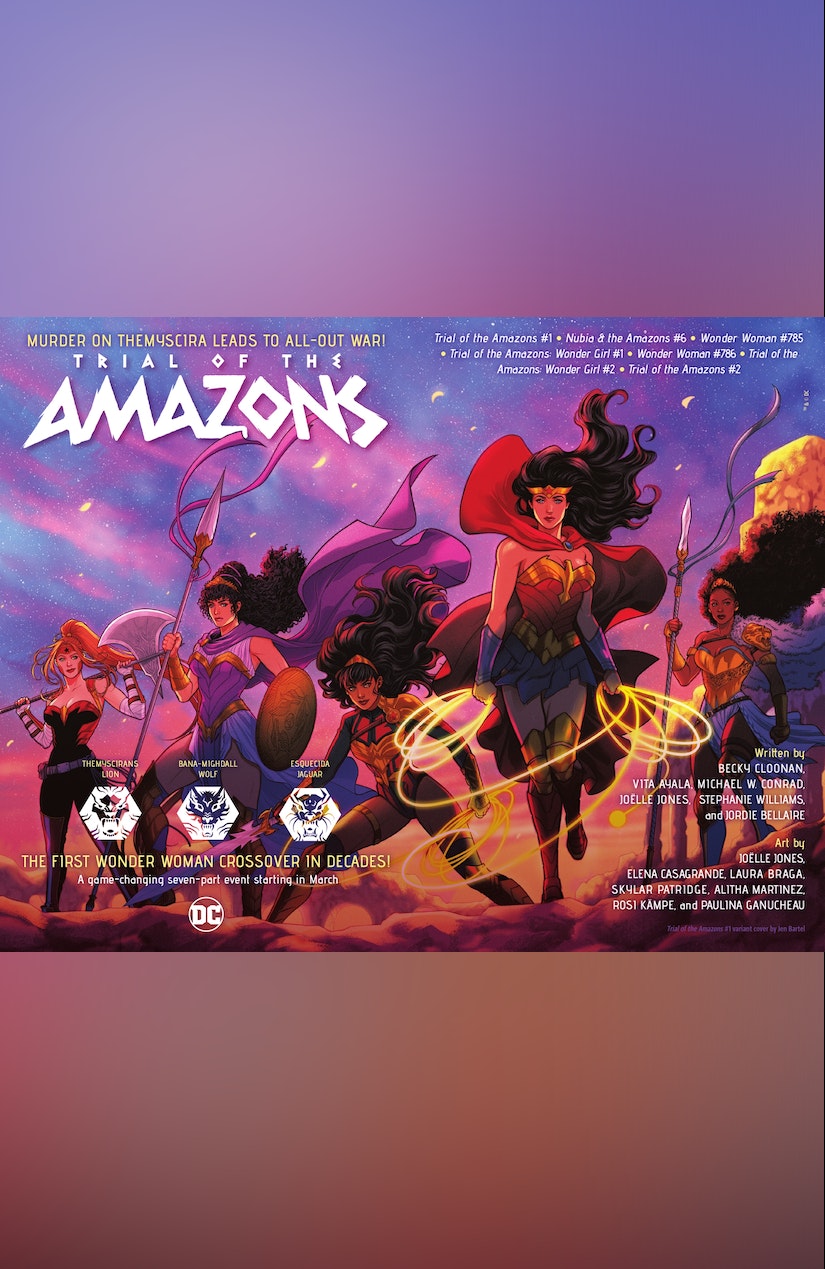 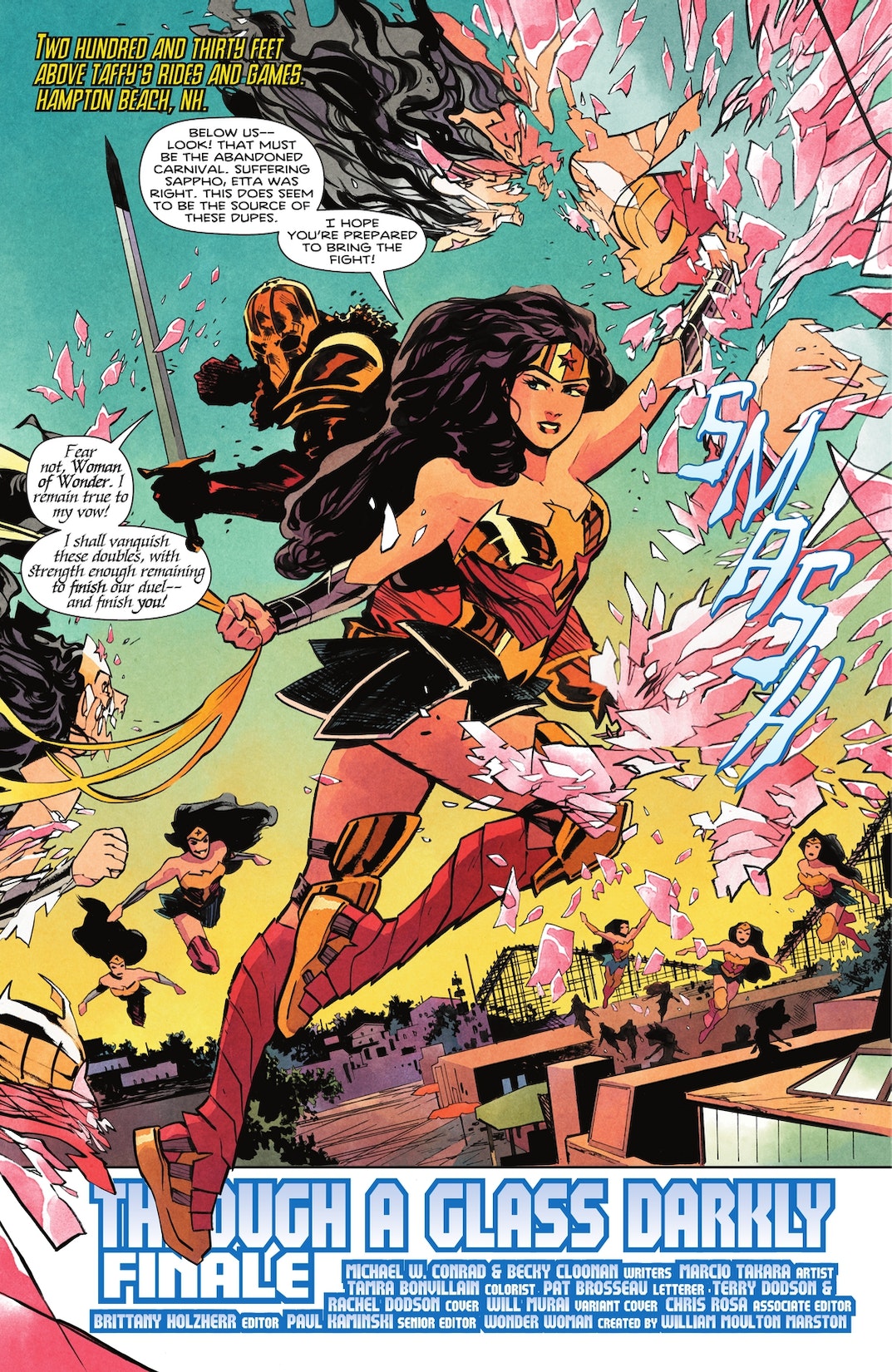 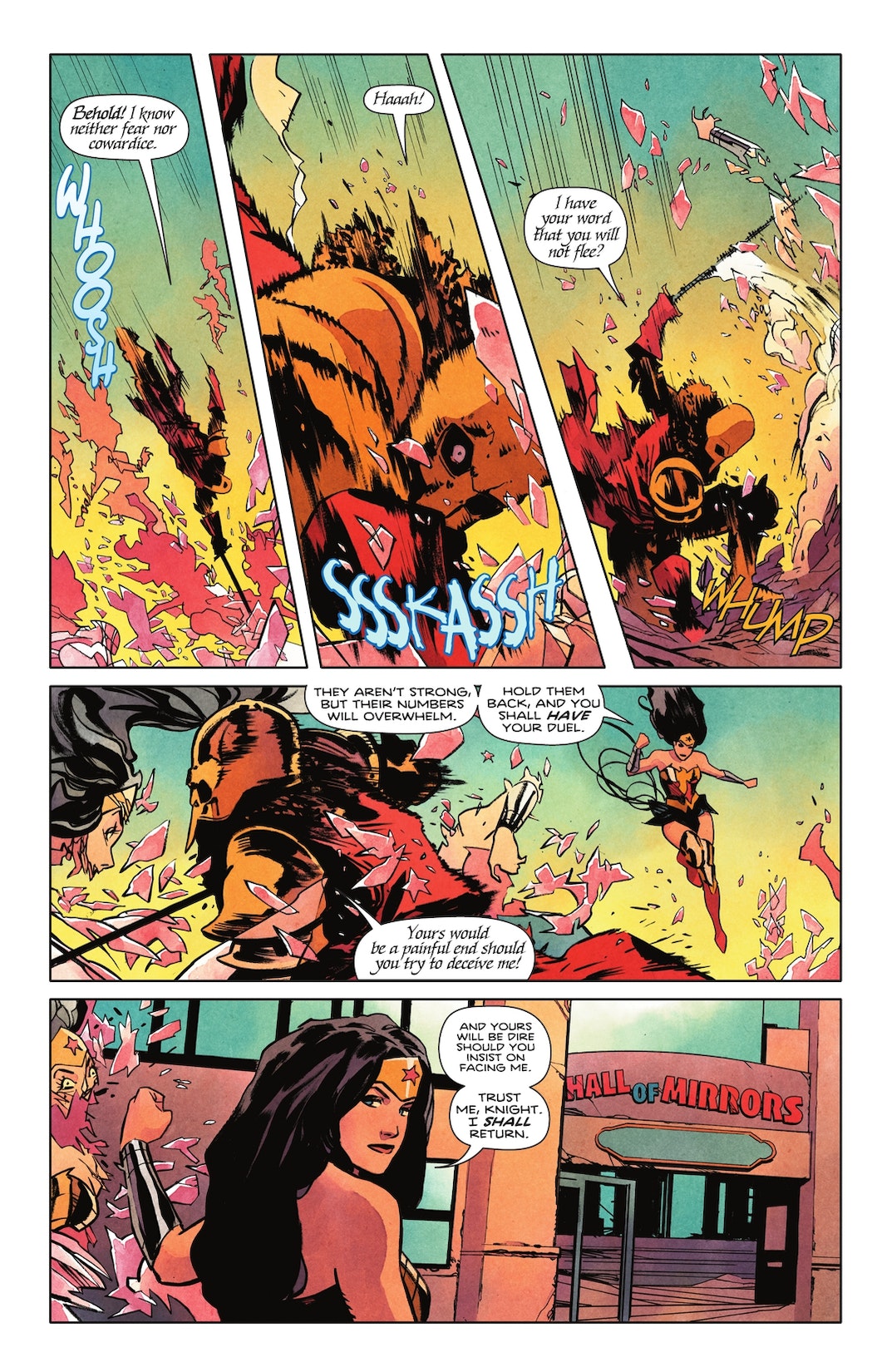 Wonder Woman versus the Shining Knight? As our hero seeks to stop the Image Maker, this warrior reveals his true intentions. But is he friend or foe? If Diana wants to save the world, she’s going to need all the allies she can get! Then, in our backup story, a plot to overthrow the Themyscirans simmers as Queen Faruka II plans to resume her rightful place among the Amazons.