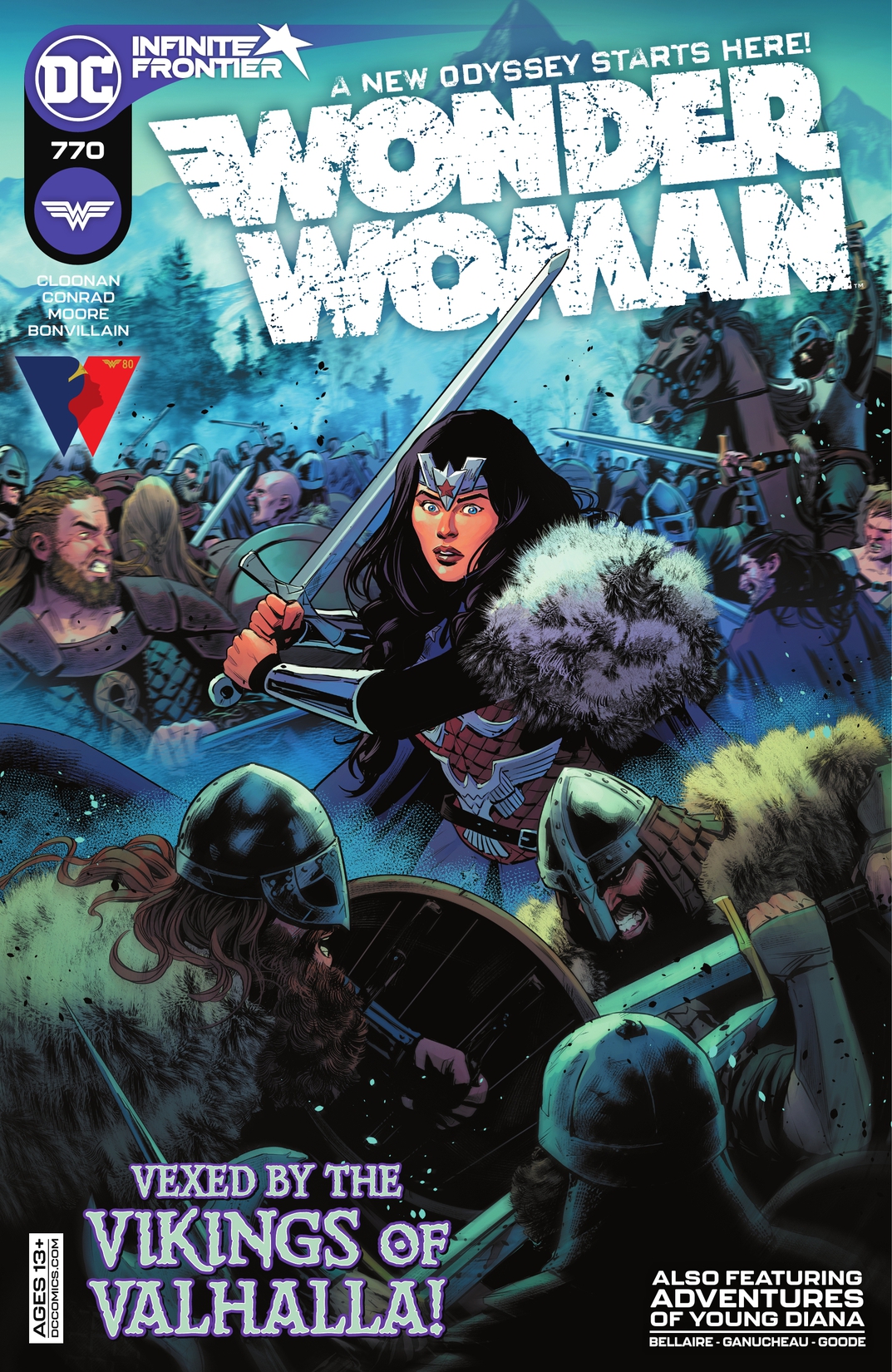 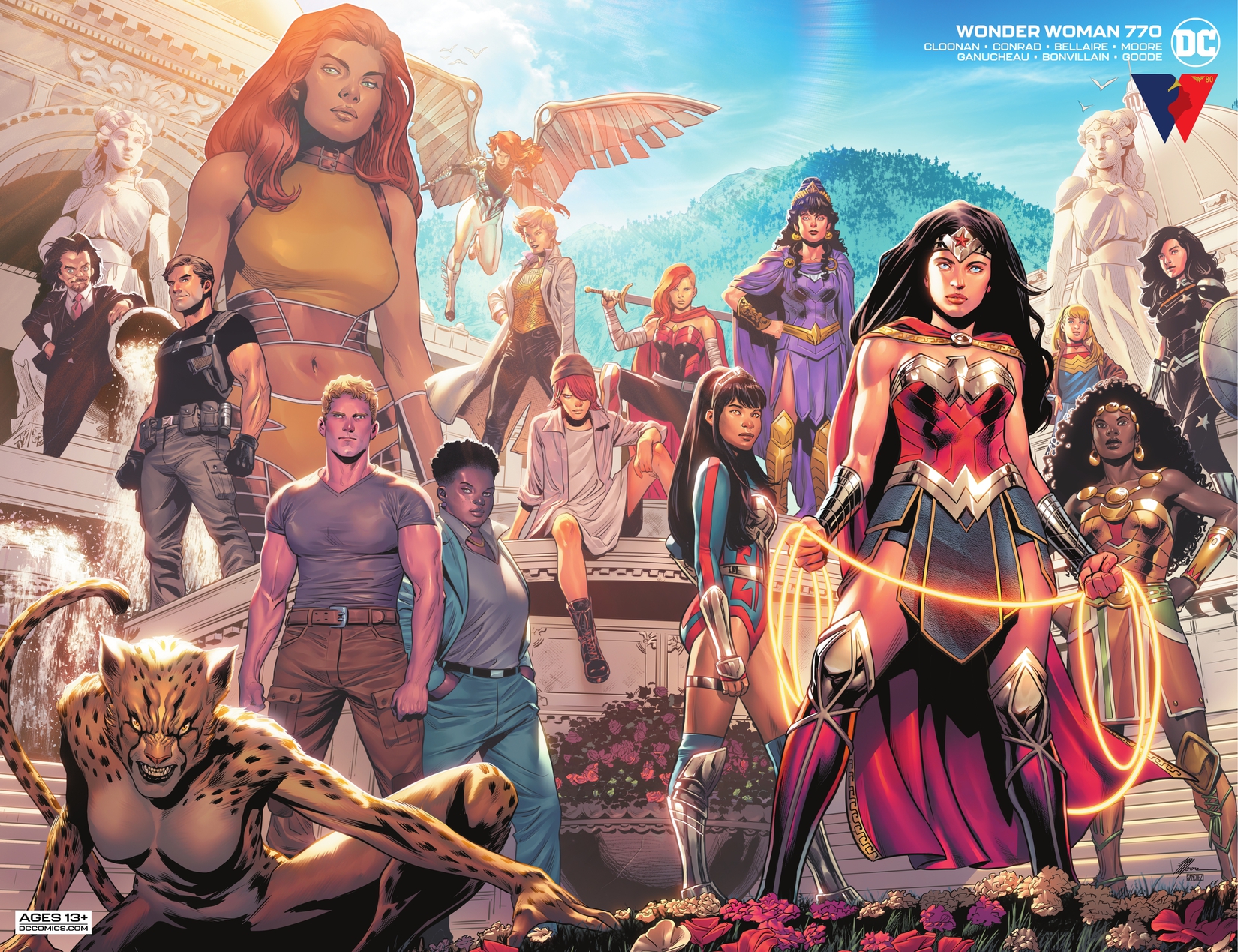 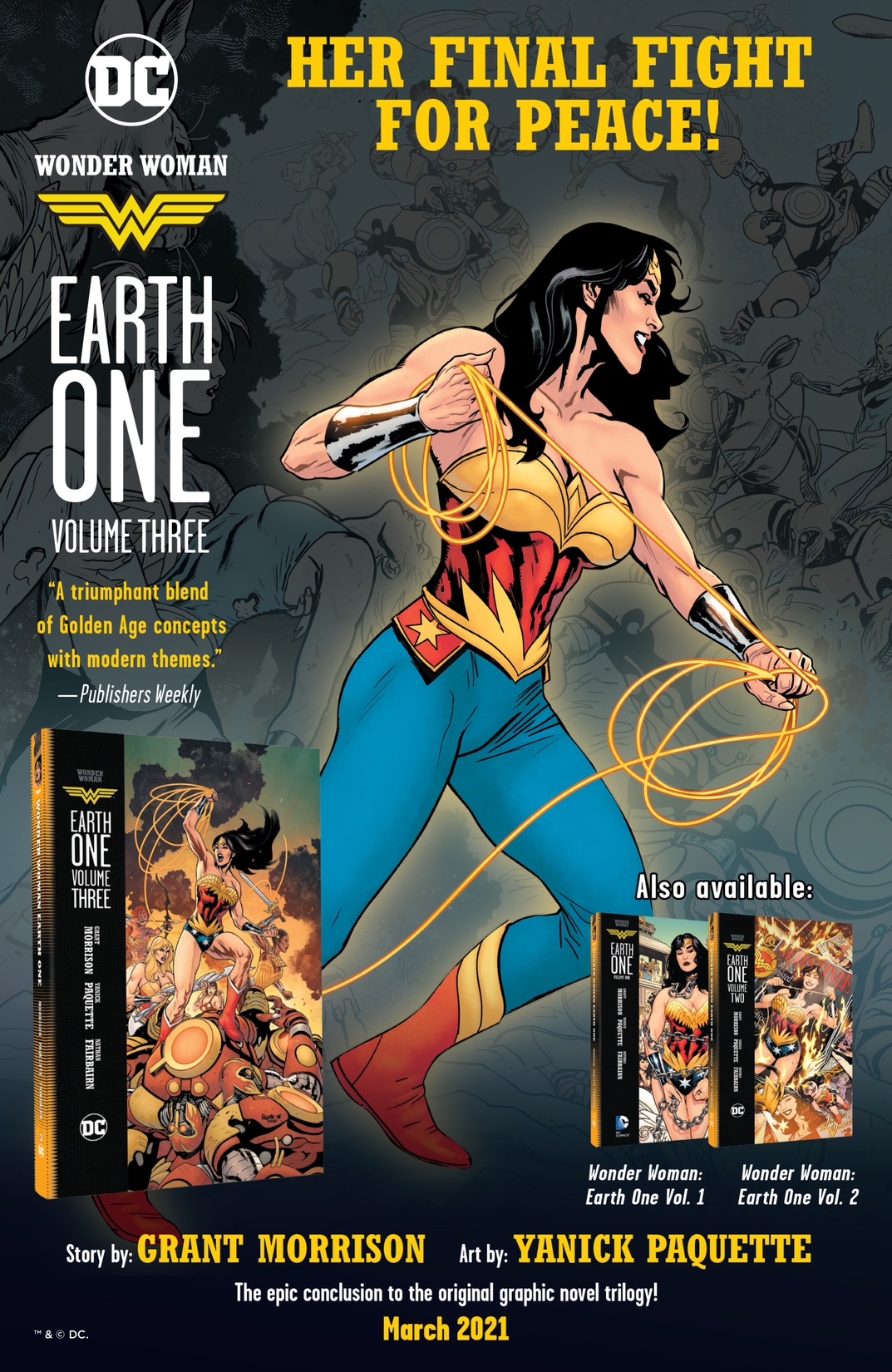 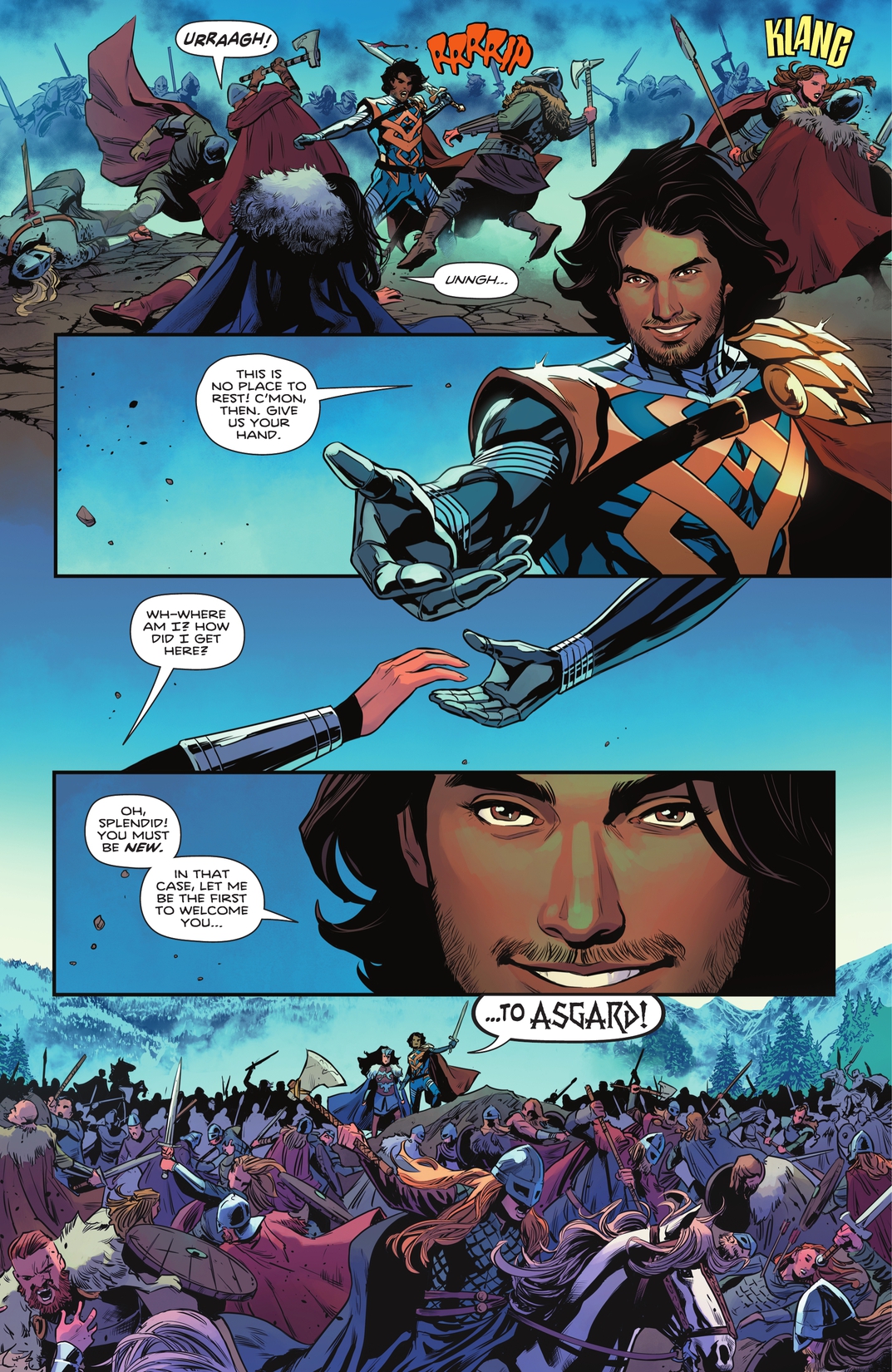 What. Is. Happening?! Wonder Woman just woke up in the middle of battle, with rampaging hordes of mythological beasts bearing down on her! Not even the Princess of the Amazons can survive such an assault, but that’s okay-it’s just another day in Valhalla! The warriors here spend their days fighting and their nights drinking-and if they die in combat they’ll be resurrected in time for the party. Strange, though, that no one seems surprised to see Wonder Woman in this crowd. It’s up to Diana to find out why things are going wrong in the Sphere of the Gods-and whether it has anything to do with what landed her in the Norse afterlife. This bombastic adventure comes from the new creative team of writers Becky Cloonan and Michael W. Conrad (DC Future State: Immortal Wonder Woman) and artist Travis Moore (Nightwing)! In the backup story, the world may know her as Wonder Woman, but once upon a time she was just Diana of Themyscira, a young girl struggling through adolescence on the shores of a mysterious island. Brought to you by Eisner Award winner Jordie Bellaire and fan-favorite artist Paul Ganucheau, this new backup story will present an intimate look into the princess’s upbringing and the hidden secrets of her past.