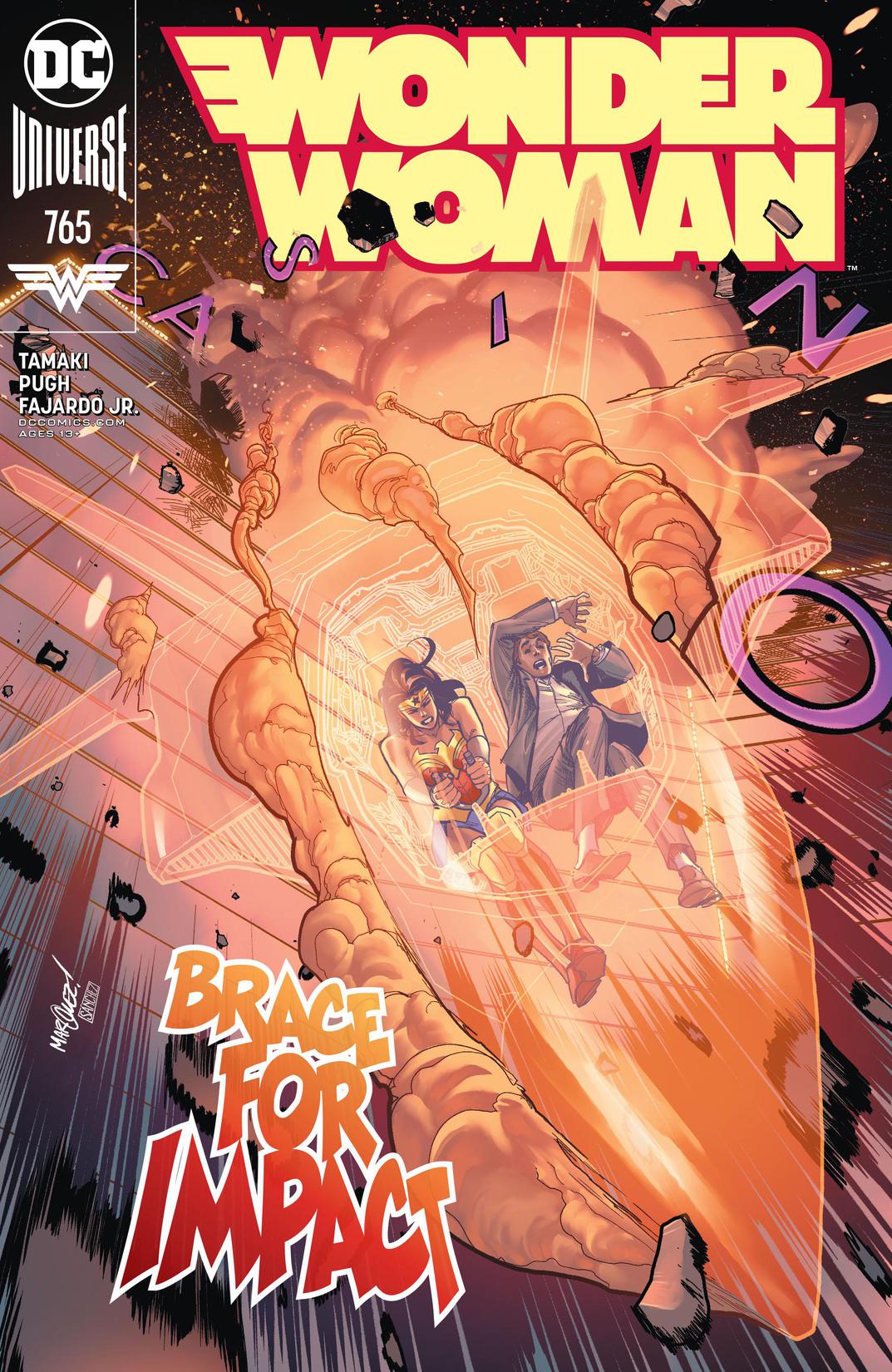 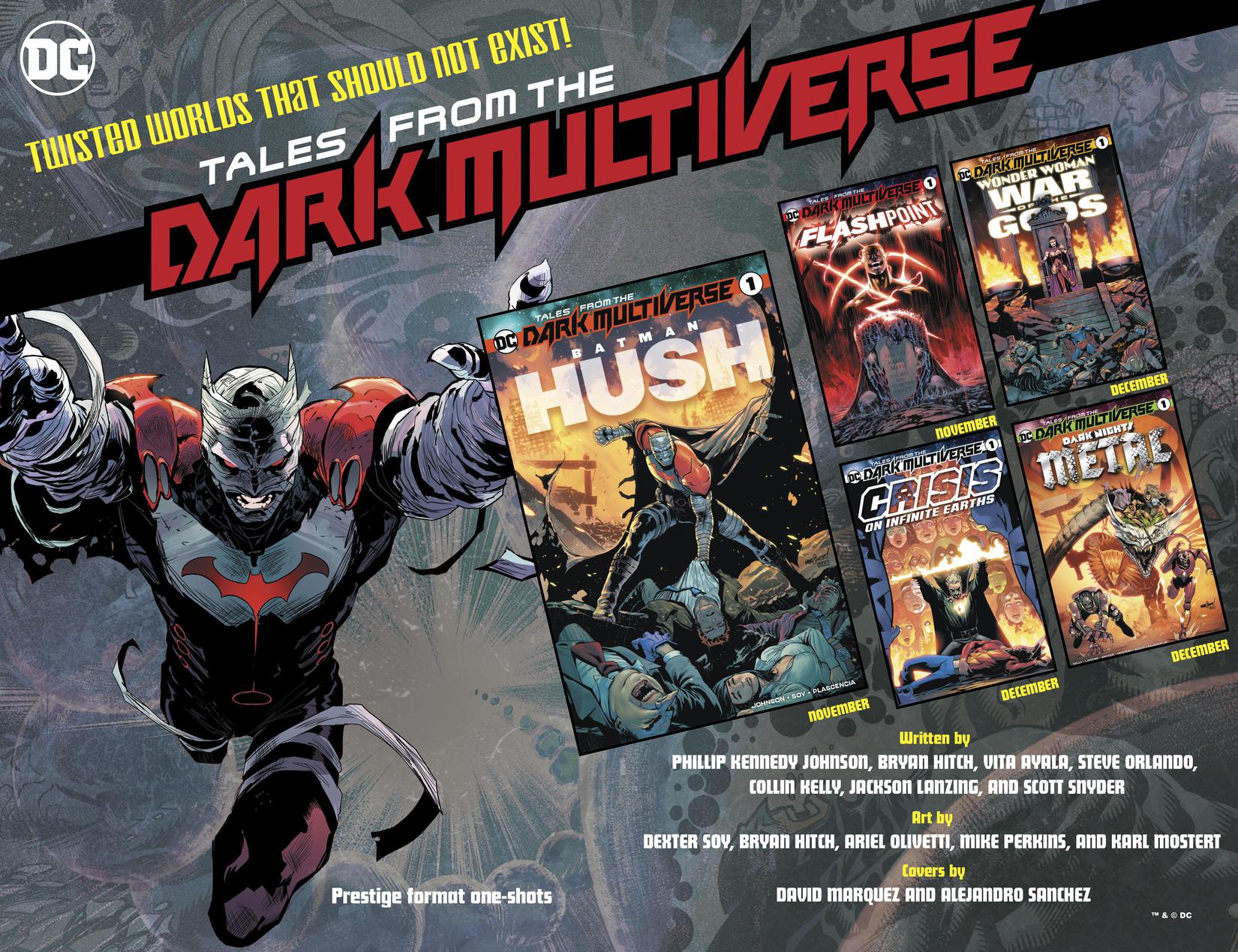 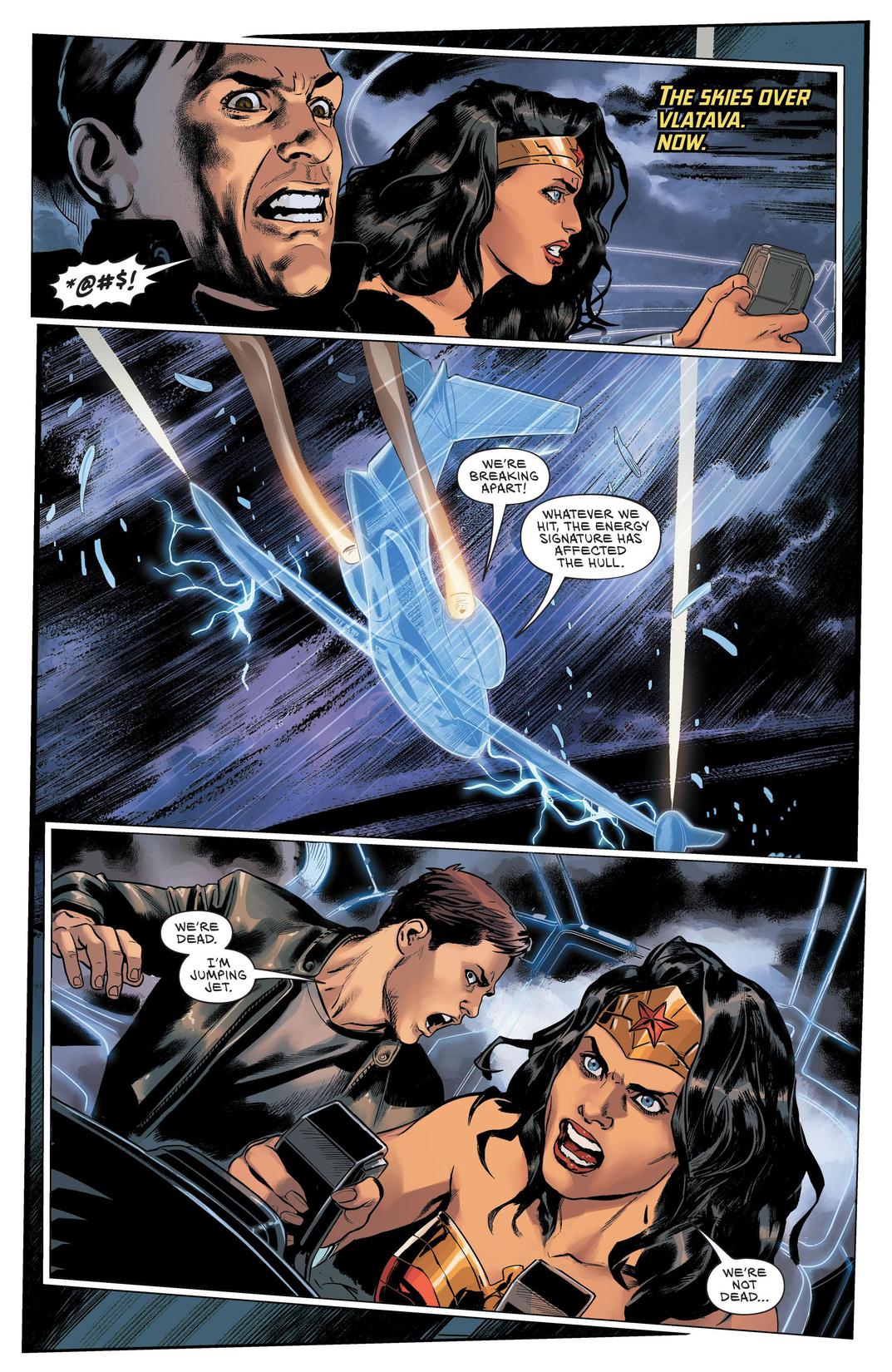 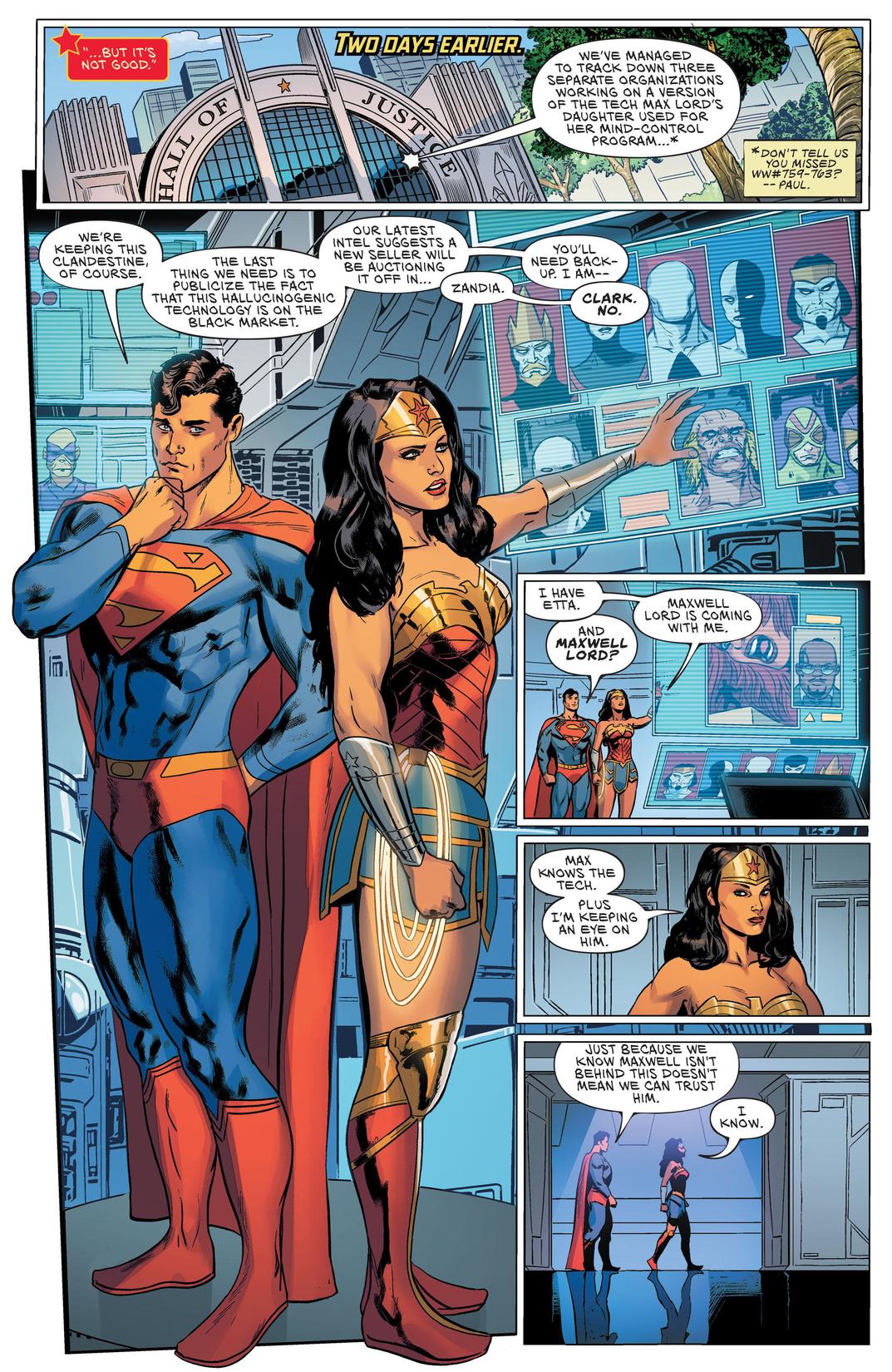 The invisible jet is going down-look out below! On a mission to the heart of super-villain-occupied Zandia, Wonder Woman is stopped dead in her tracks by a turf war that’s turning deadlier by the minute. After a heated consult with the Justice League, Diana finds herself on her own with the supposedly reformed Max Lord to complete her mission-and to make matters worse, each side is using Lord Industries’ stolen tech to turn their forces into mind-warping super-armies! Who shot down Diana’s stealthy ride? The answer will make you dizzy...