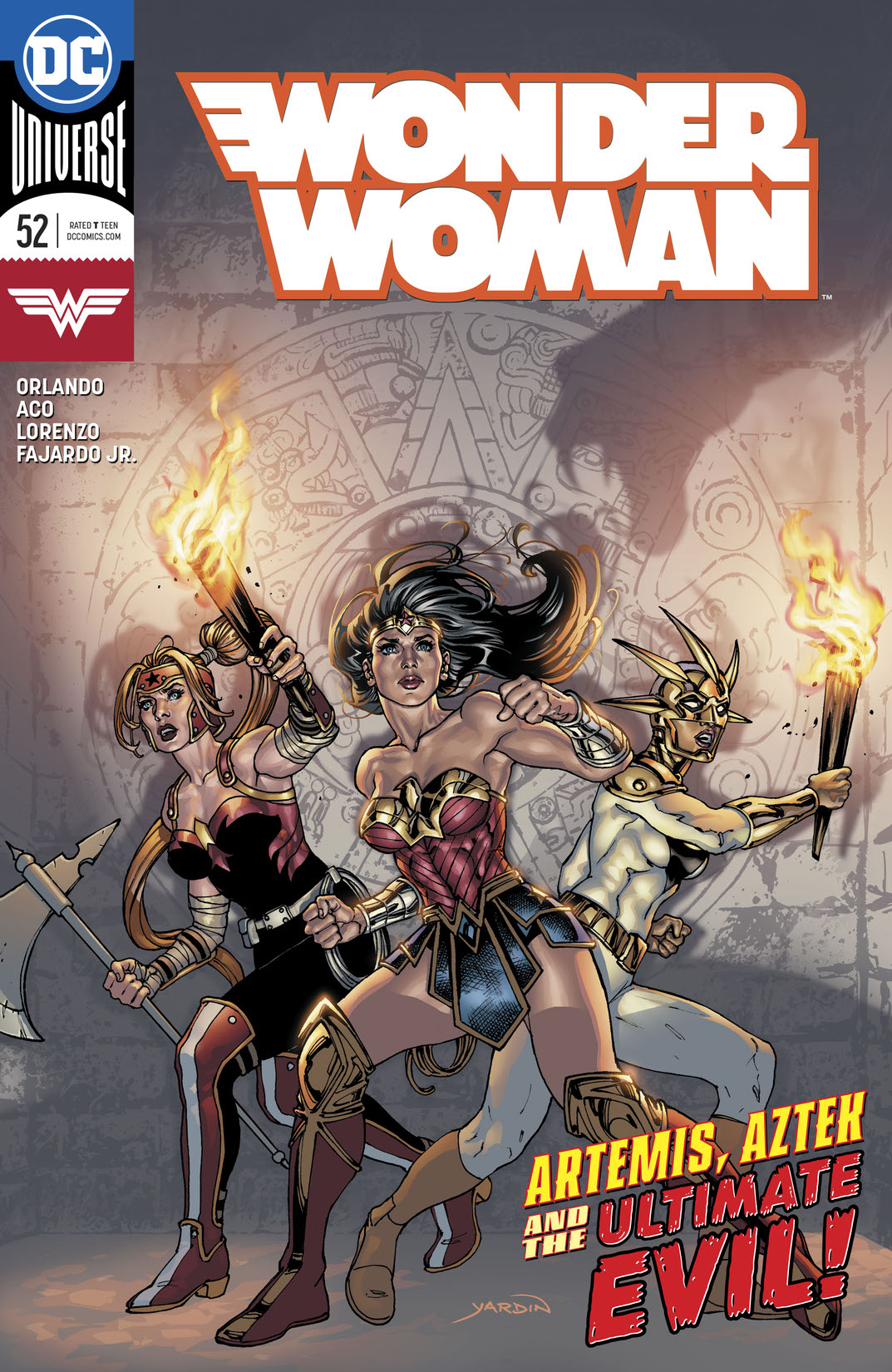 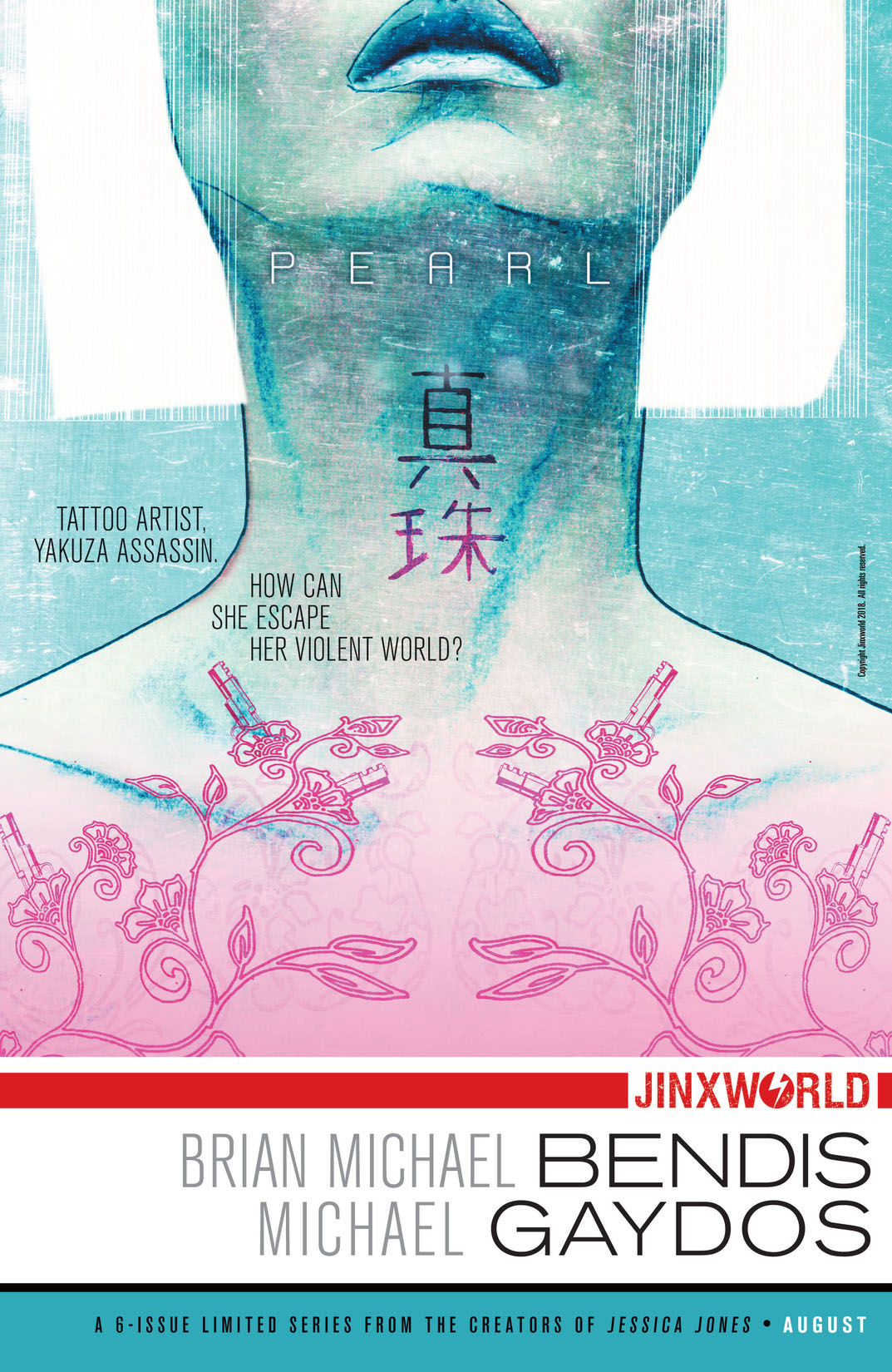 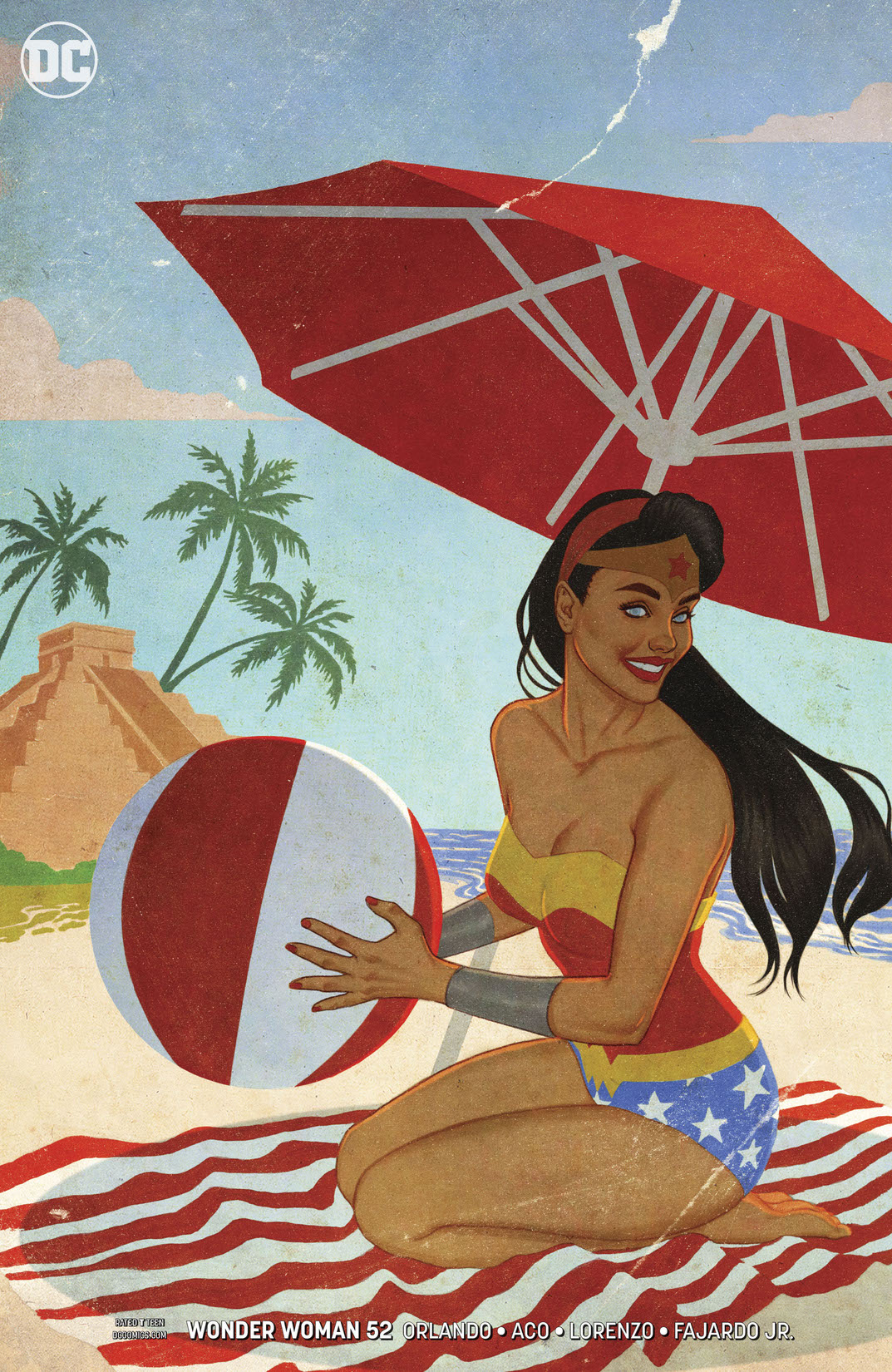 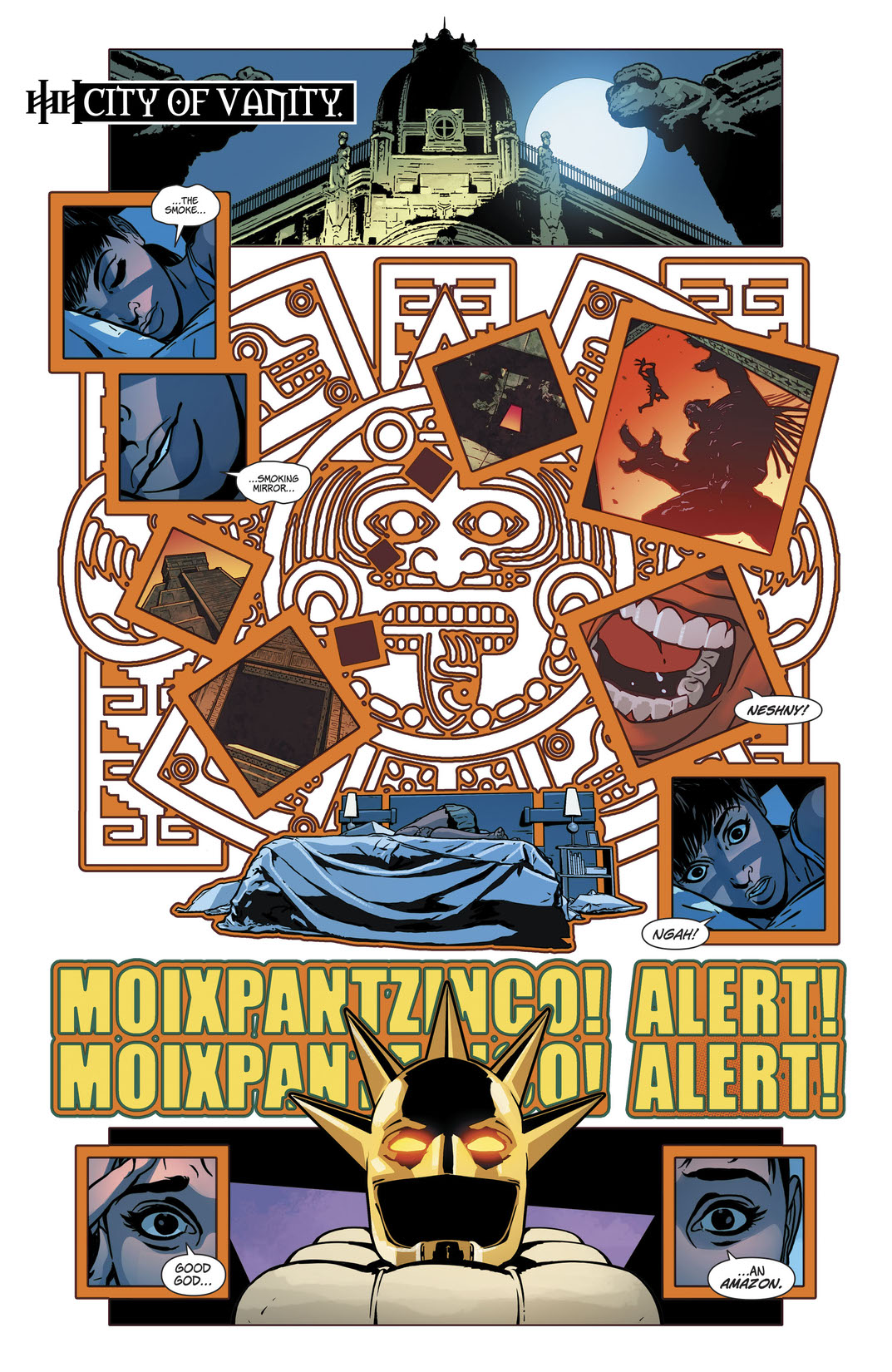 At the behest of Aztek, Diana and Artemis join her for a trip to Mexico, but there’s no sightseeing on the agenda. Instead, they must rescue a long-lost Amazon who’s being held captive by rogue deity Tezcatlipoca, who’s trying to break into our world. Can our three heroes save the missing Amazon, stop a raging god and not kill one another in the process?