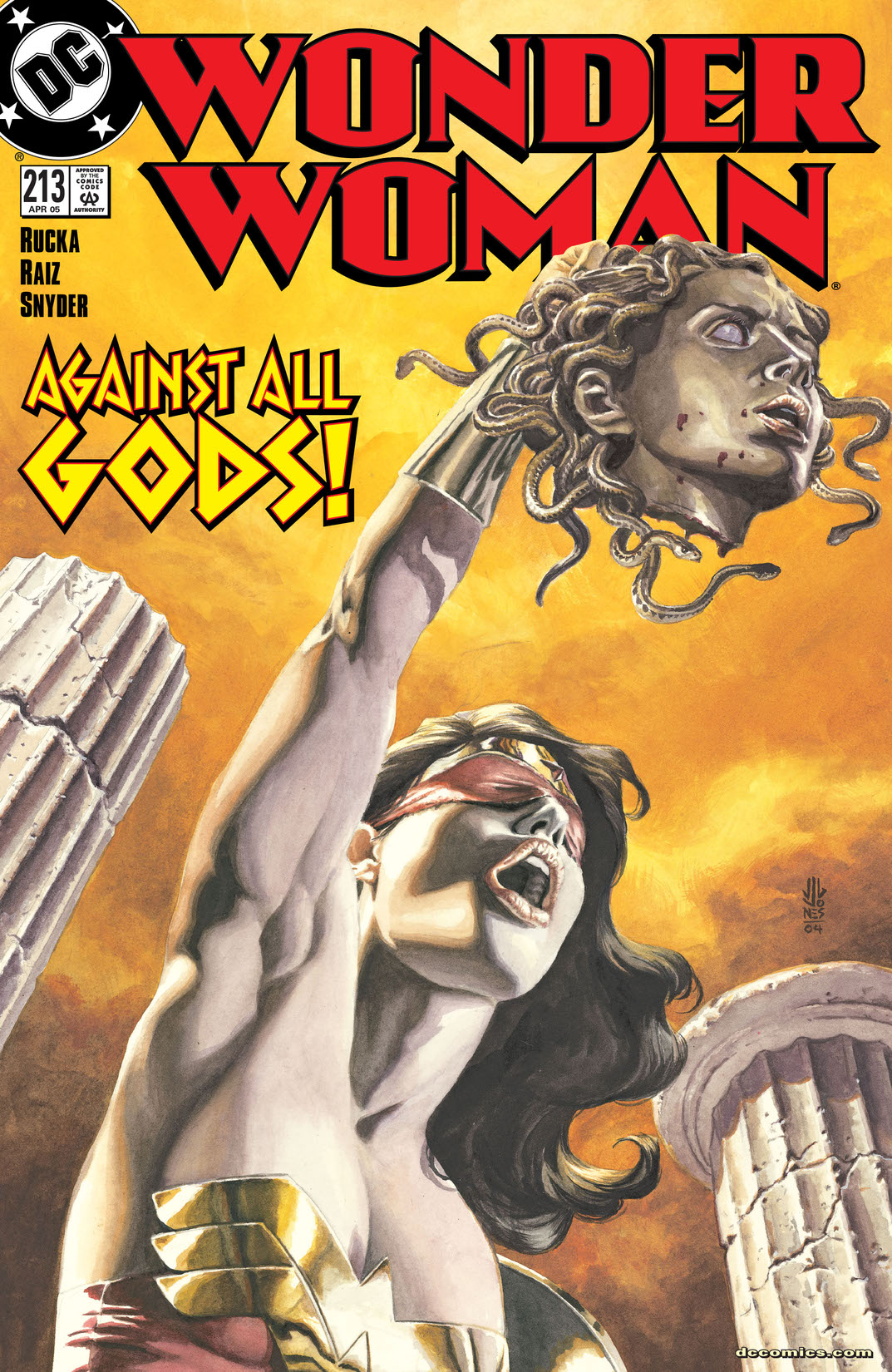 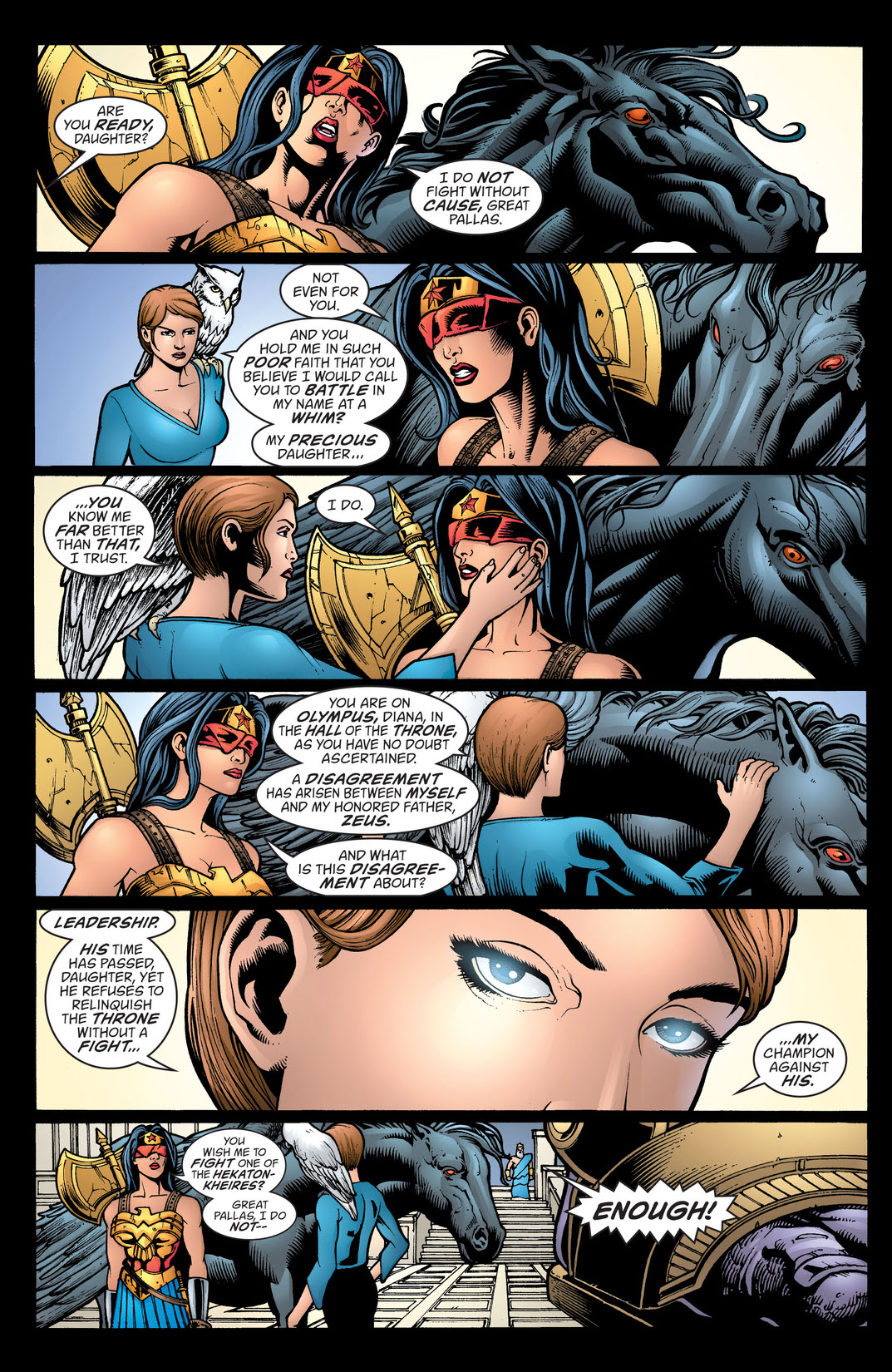 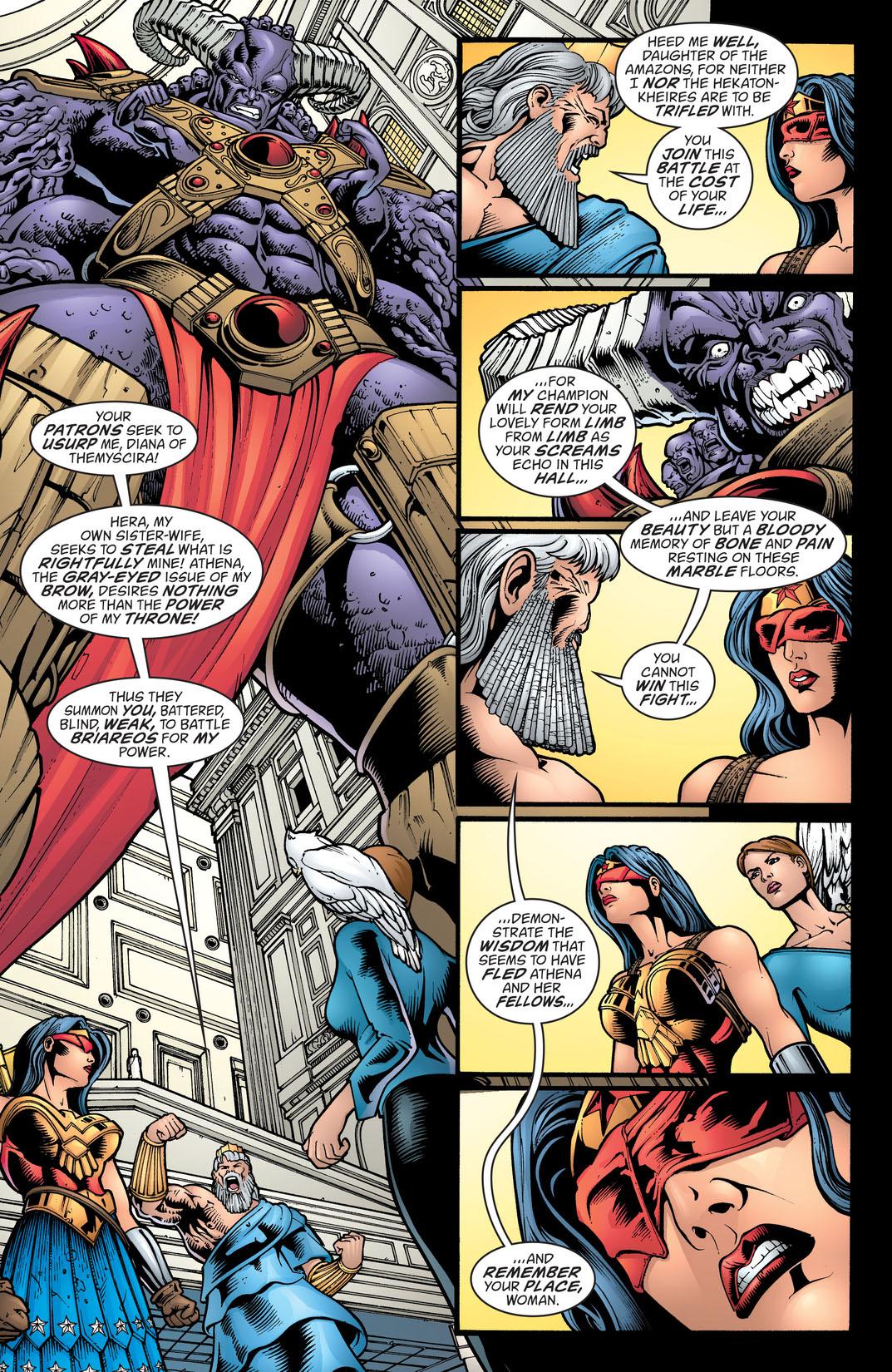 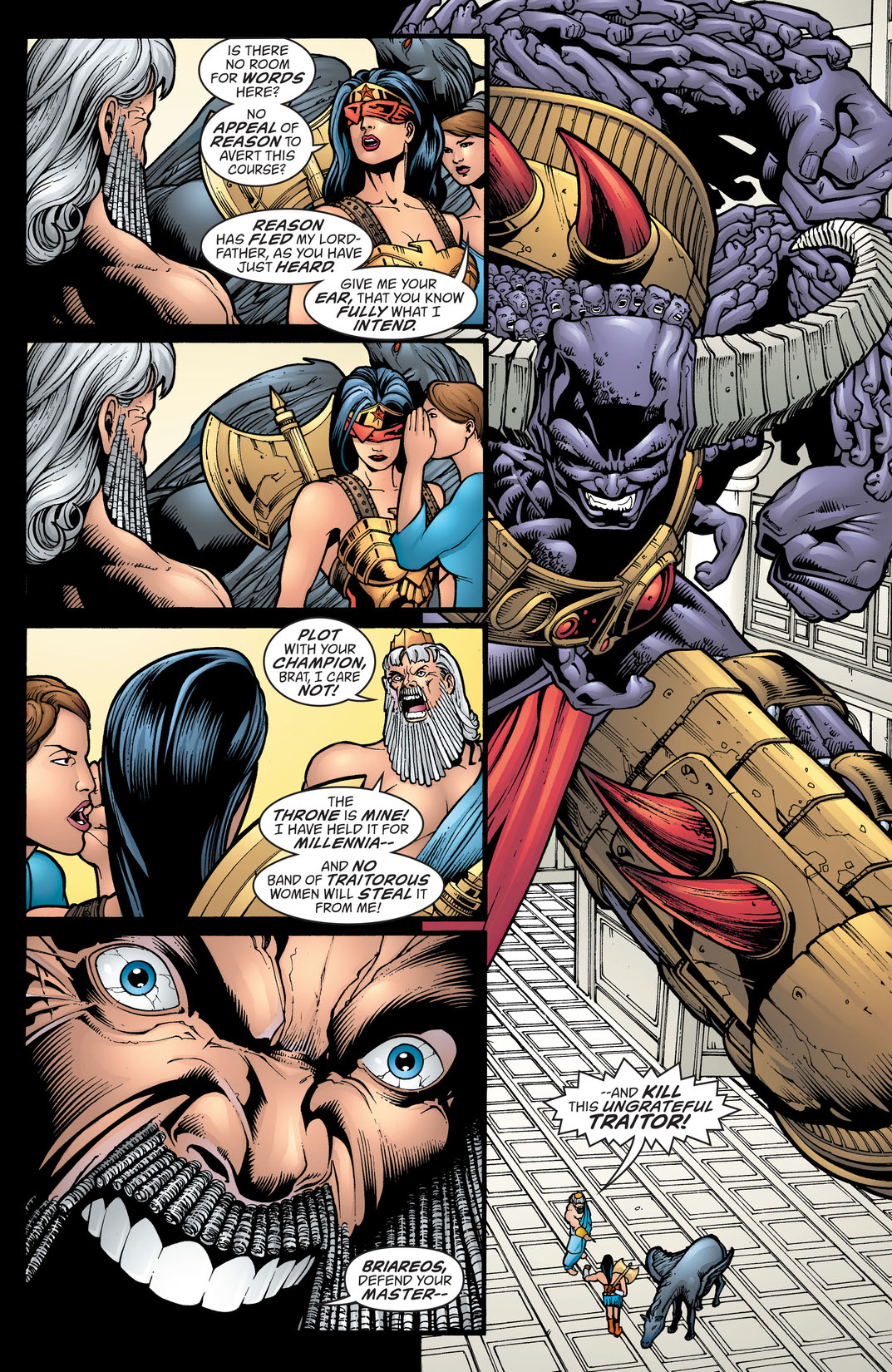 It's war on Olympus as Wonder Woman becomes embroiled in the battle between Zeus and Athena. With her gods as an audience, Diana must face the threat of Zeus' bodyguard—the fifty-headed, hundred-armed monster called Briareos!