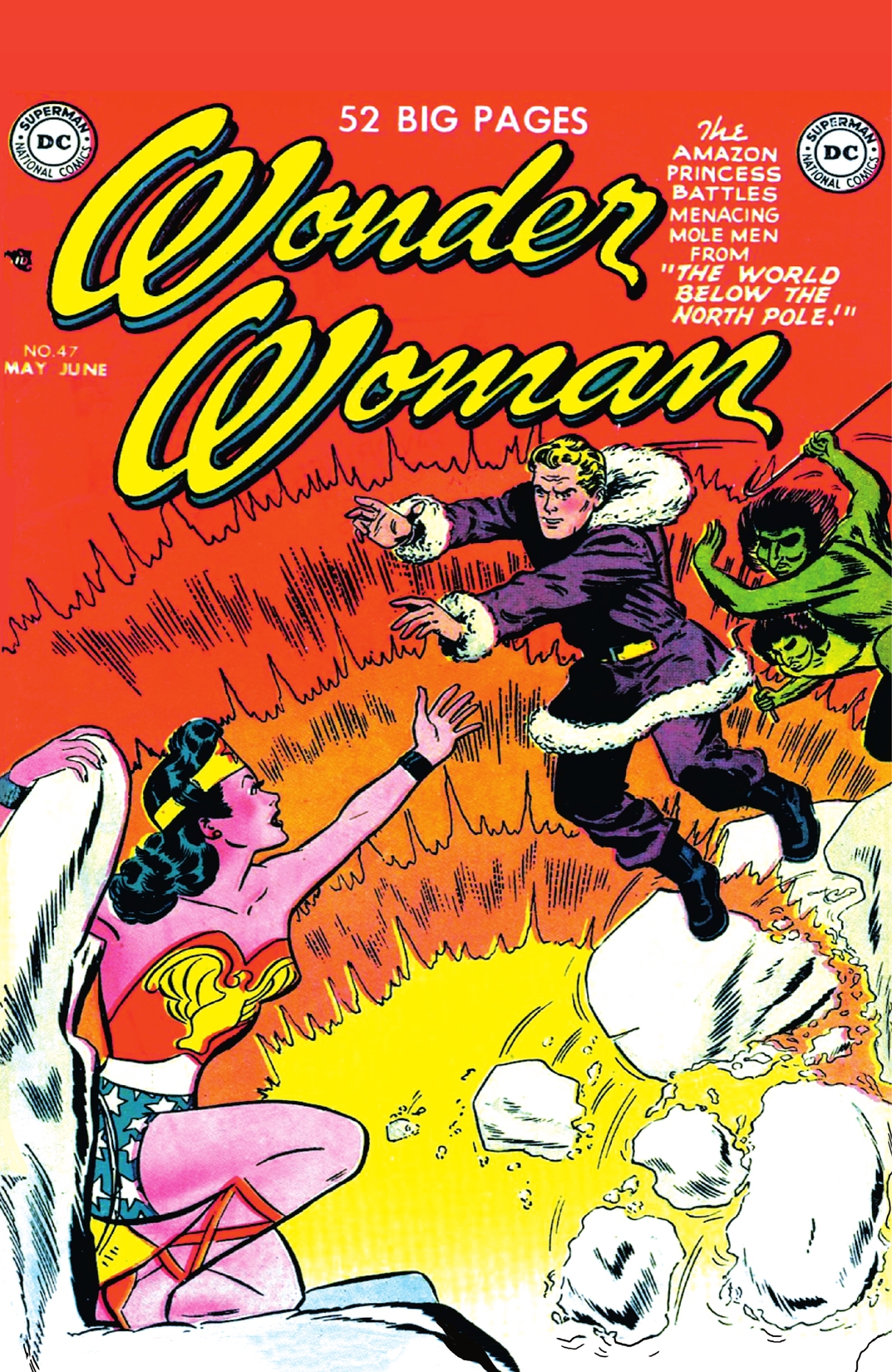 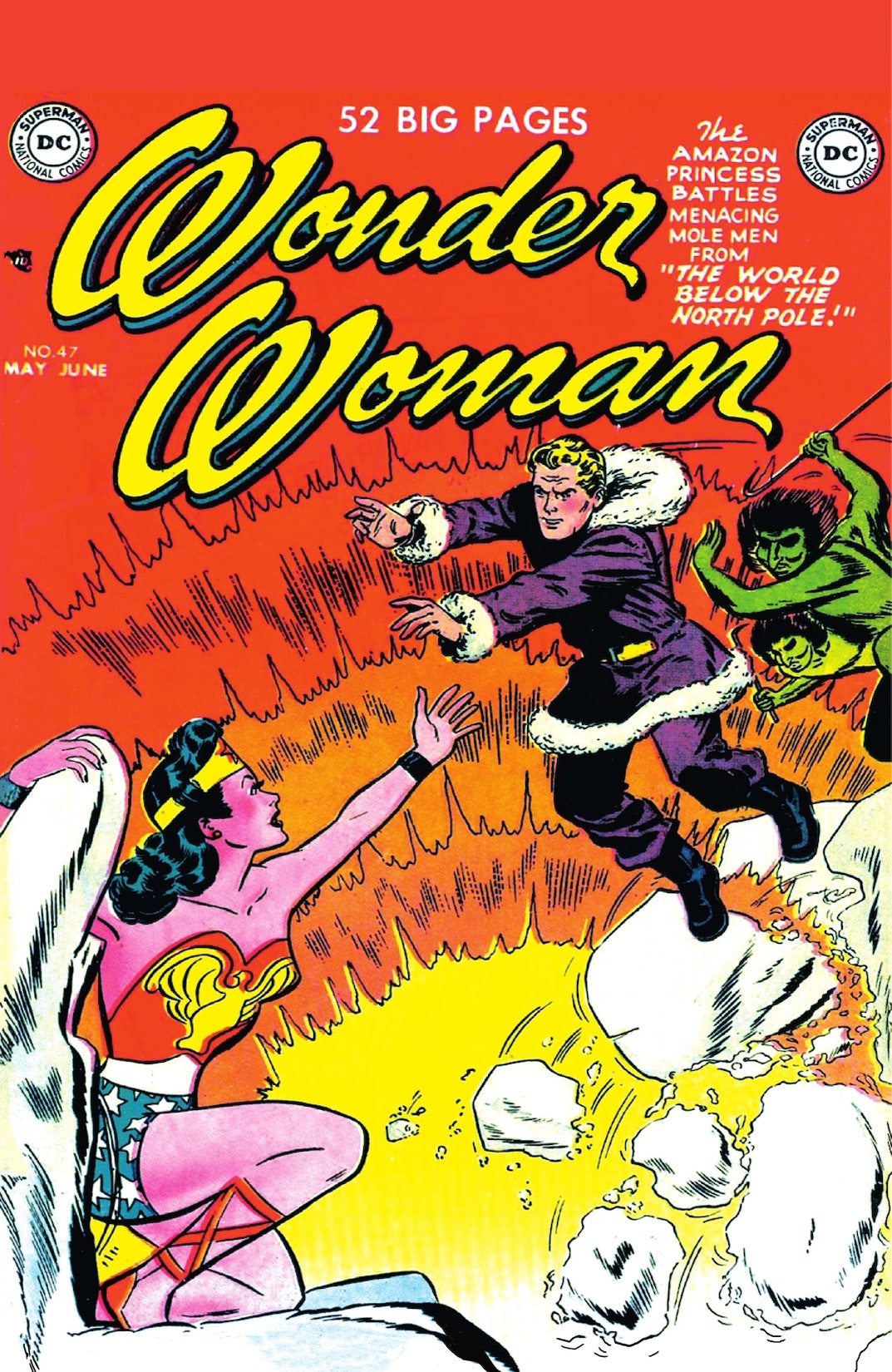 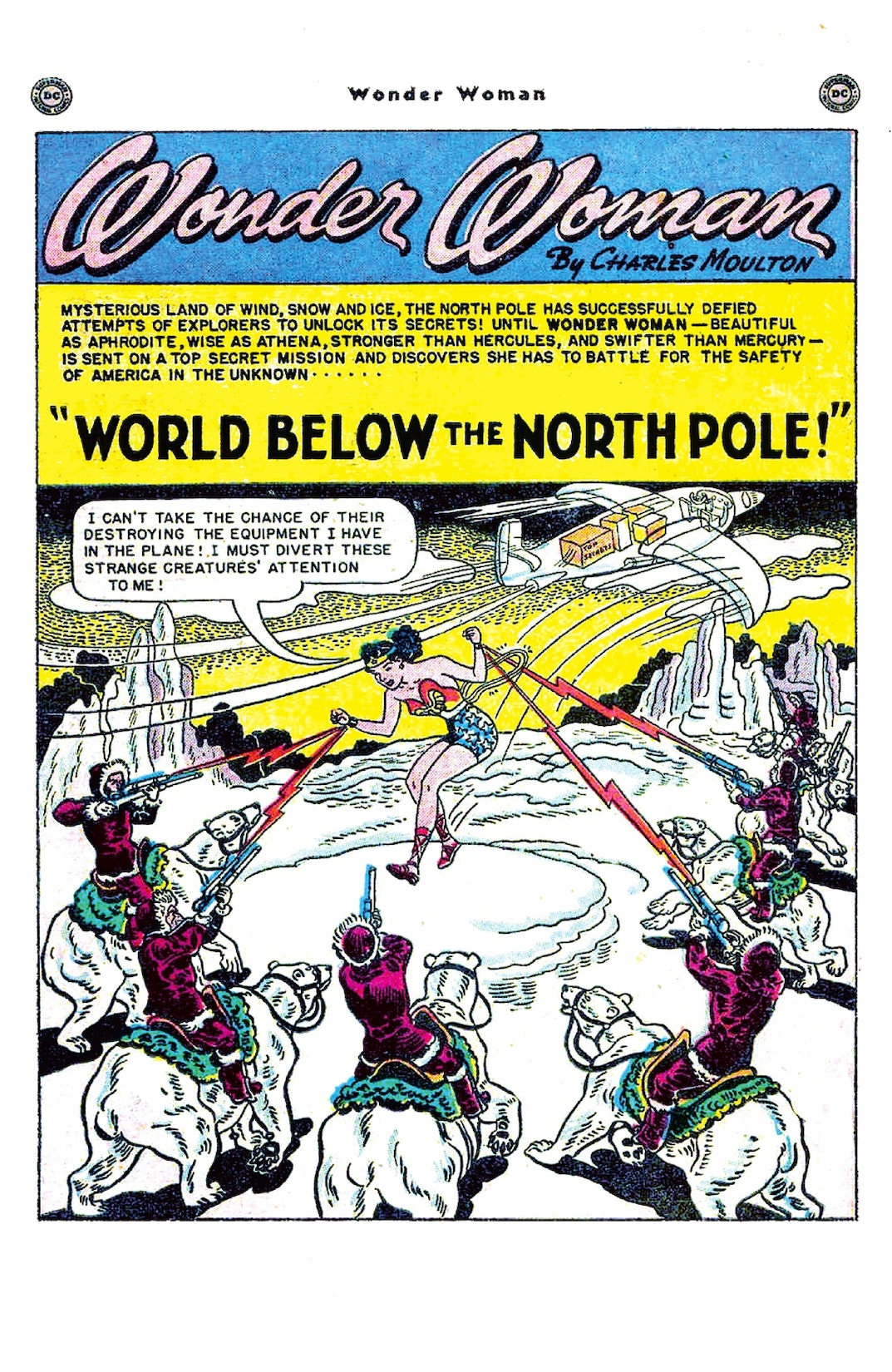 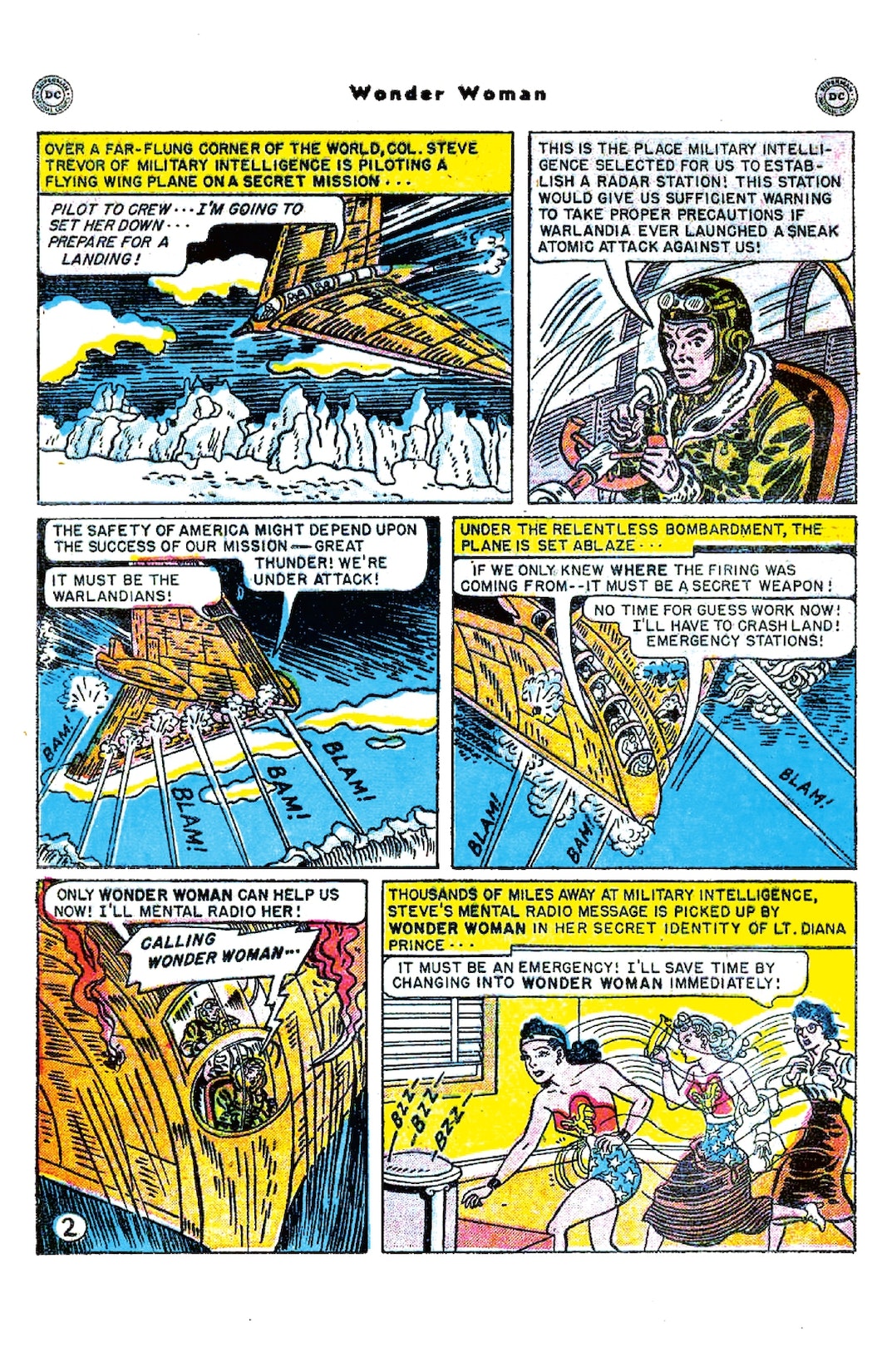 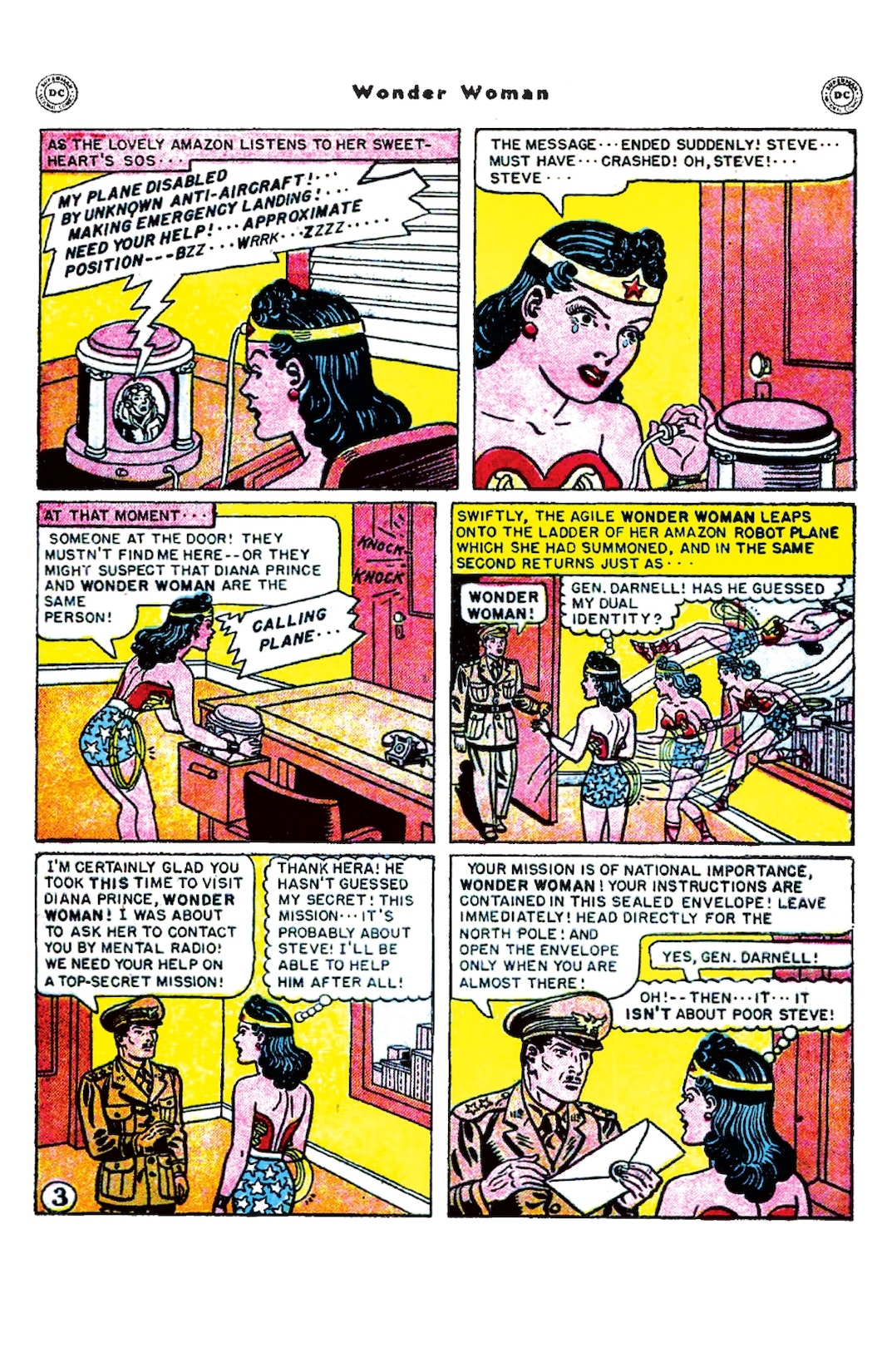 A mysterious land of wind, snow, and ice, the North Pole has successfully defied the attempts of myriad explorers to unlock its secrets! That is, until Wonder Woman is sent on a top secret mission and discovers she has to battle for the safety of America in the unknown...“World Below the North Pole!” Also features two other exciting Wonder Woman tales, “Mystery of the Indian Totem Pole” and “The Bridge from Mars!”