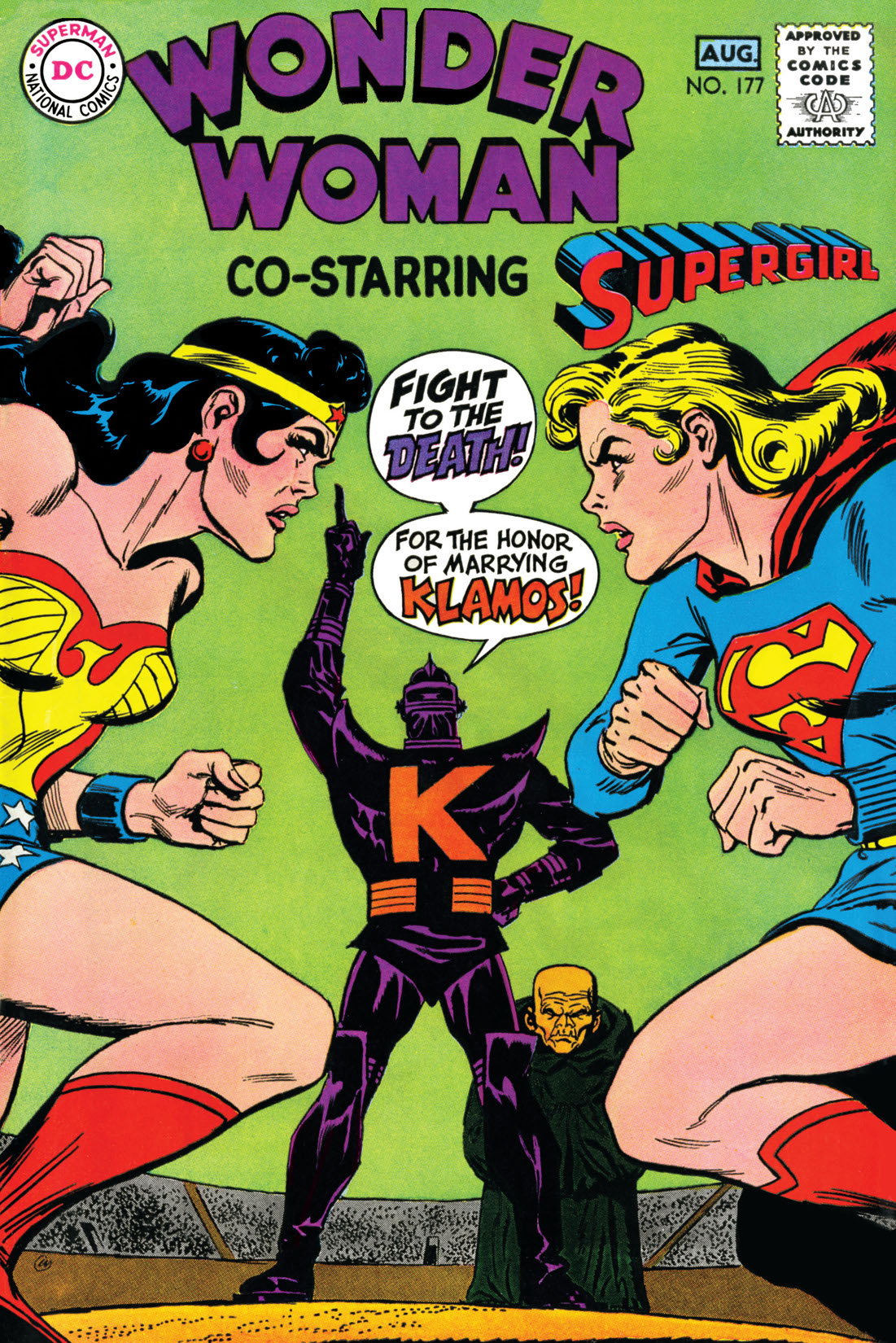 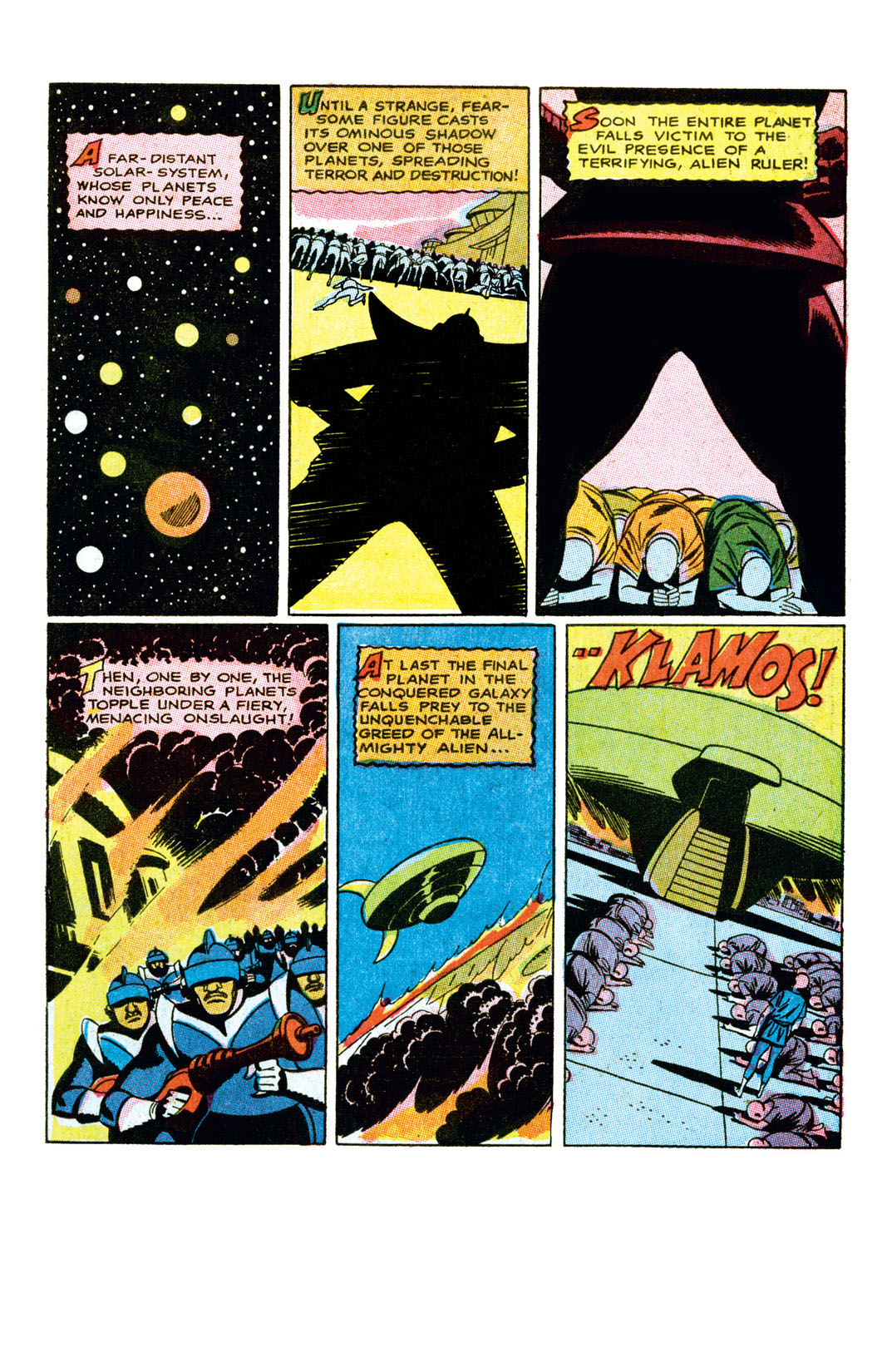 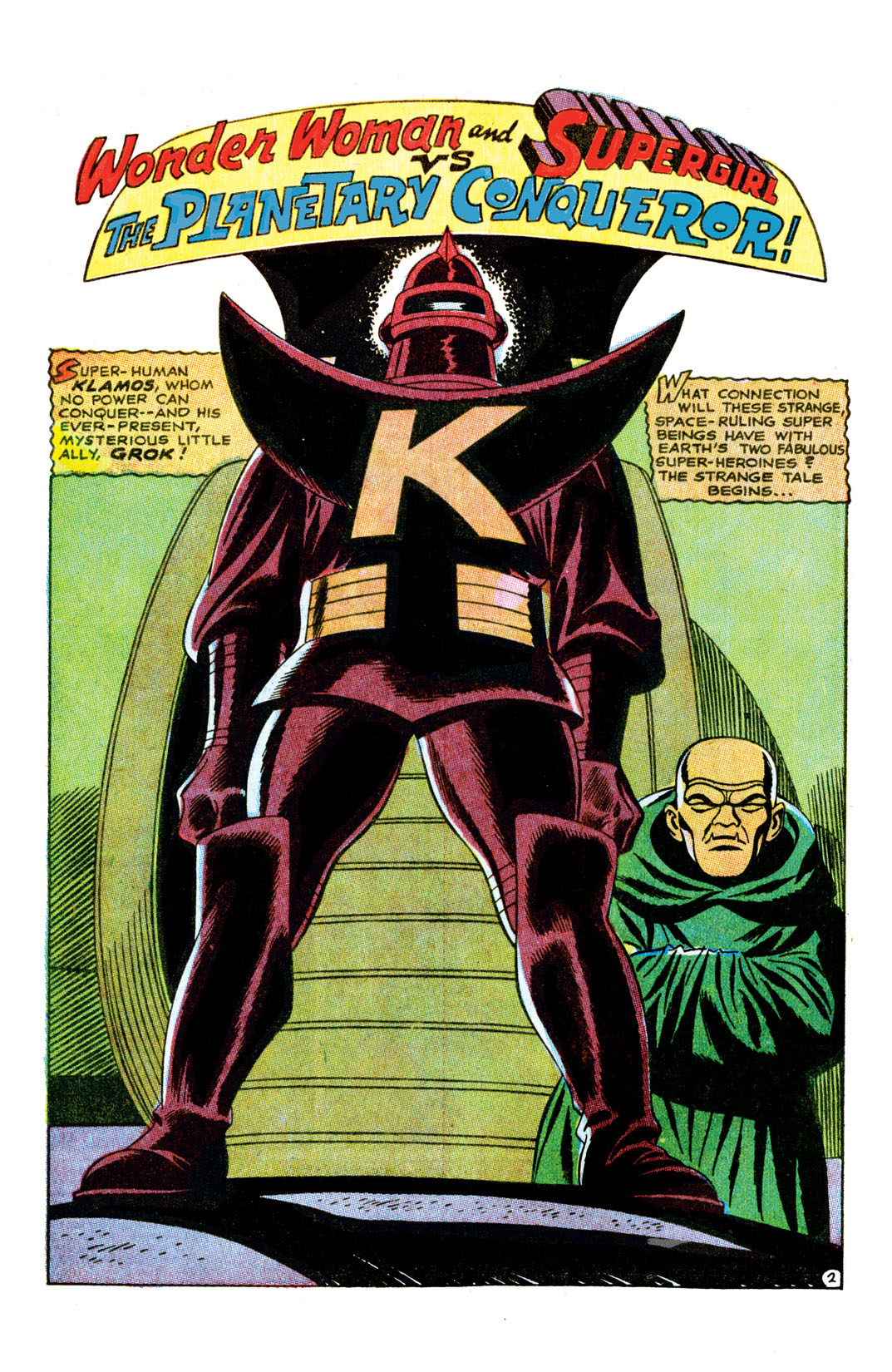 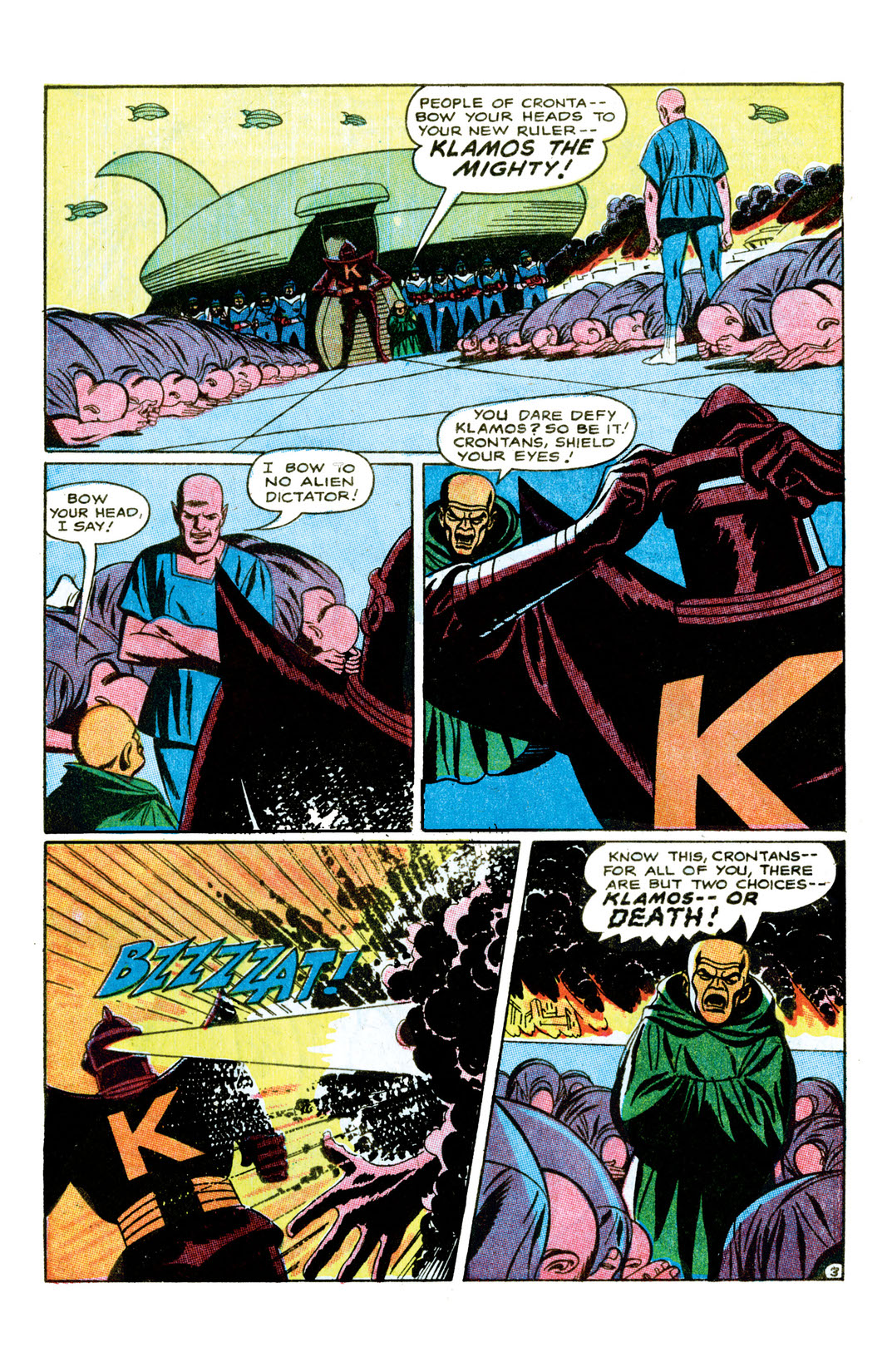 An interplanetary conqueror called Klamos and his prime minister, Grok, are in search of a suitable queen for the monarch. To this end, they capture powerful and beautiful (by the standards of each planet) females from many worlds from Earth they take Supergirl and Wonder Woman, capturing the former by red-sun radiation and the latter by magnetizing her bracelets together. The contestants are set against each other in a battle royal, which at first Supergirl and Wonder Woman opt not to actively participate in, feeling that another woman will be the winner and Klamos will send both of them back home. Unfortunately, all the other candidates defeat each other, leaving only the two superheroines.