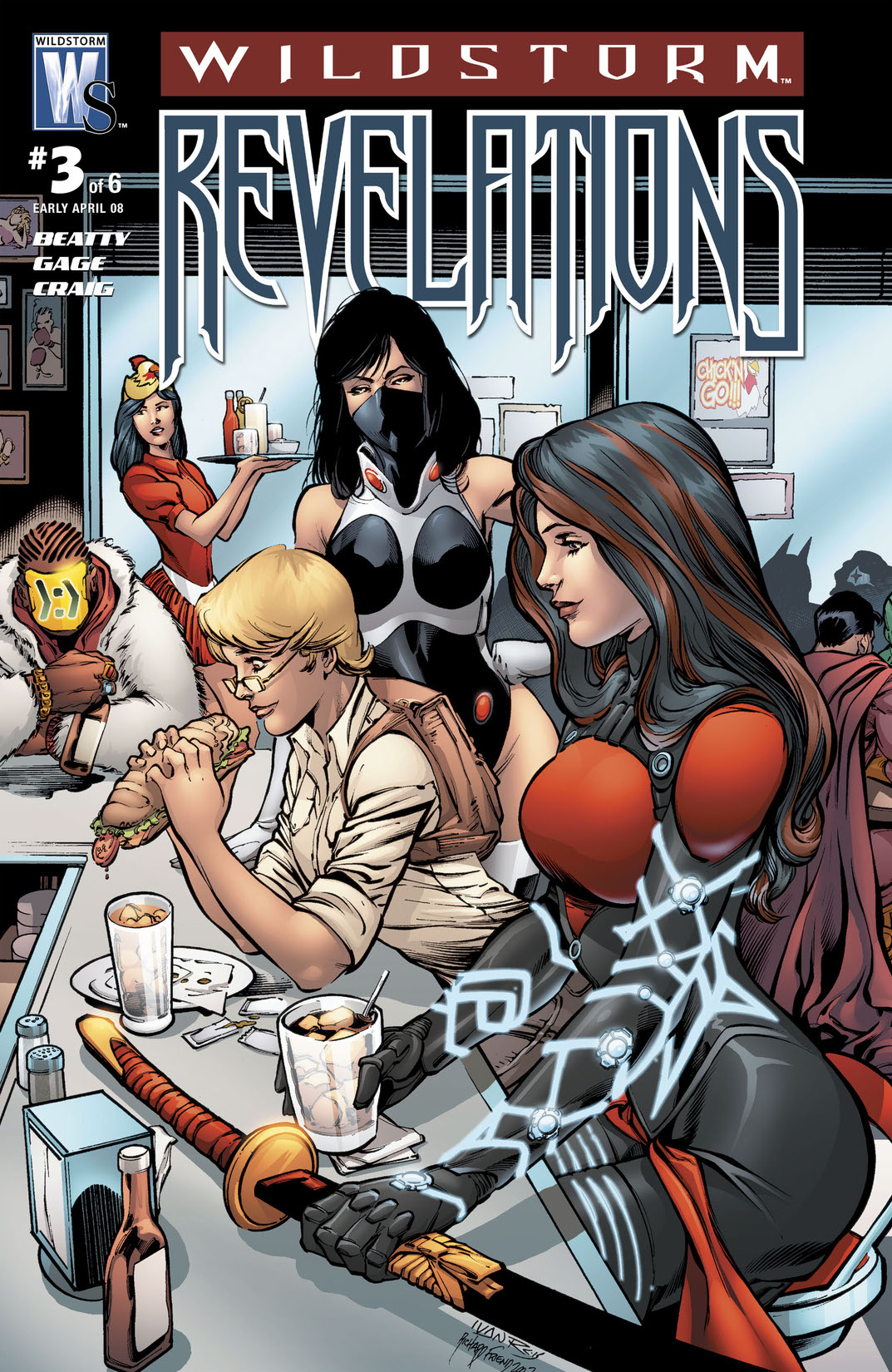 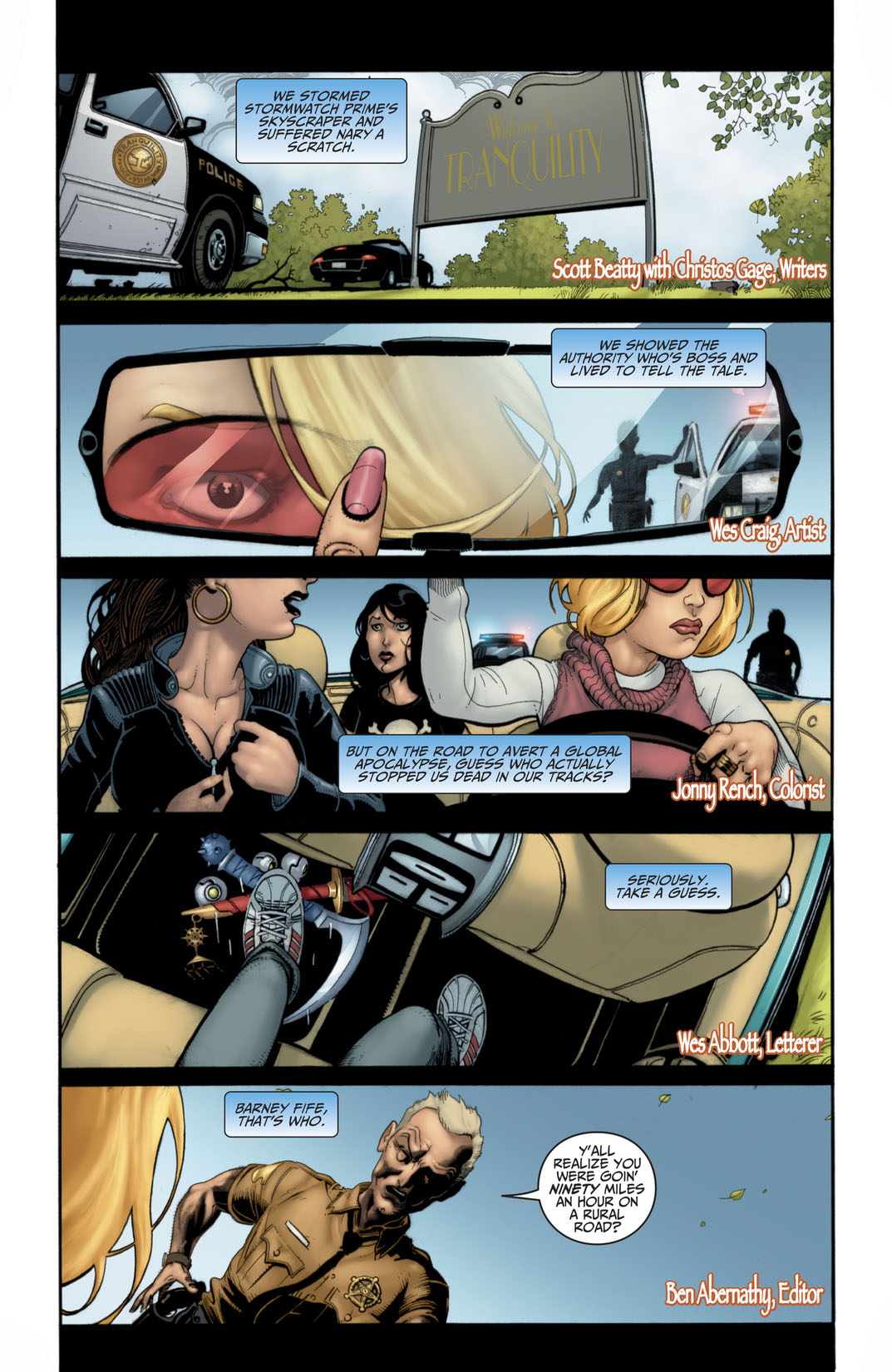 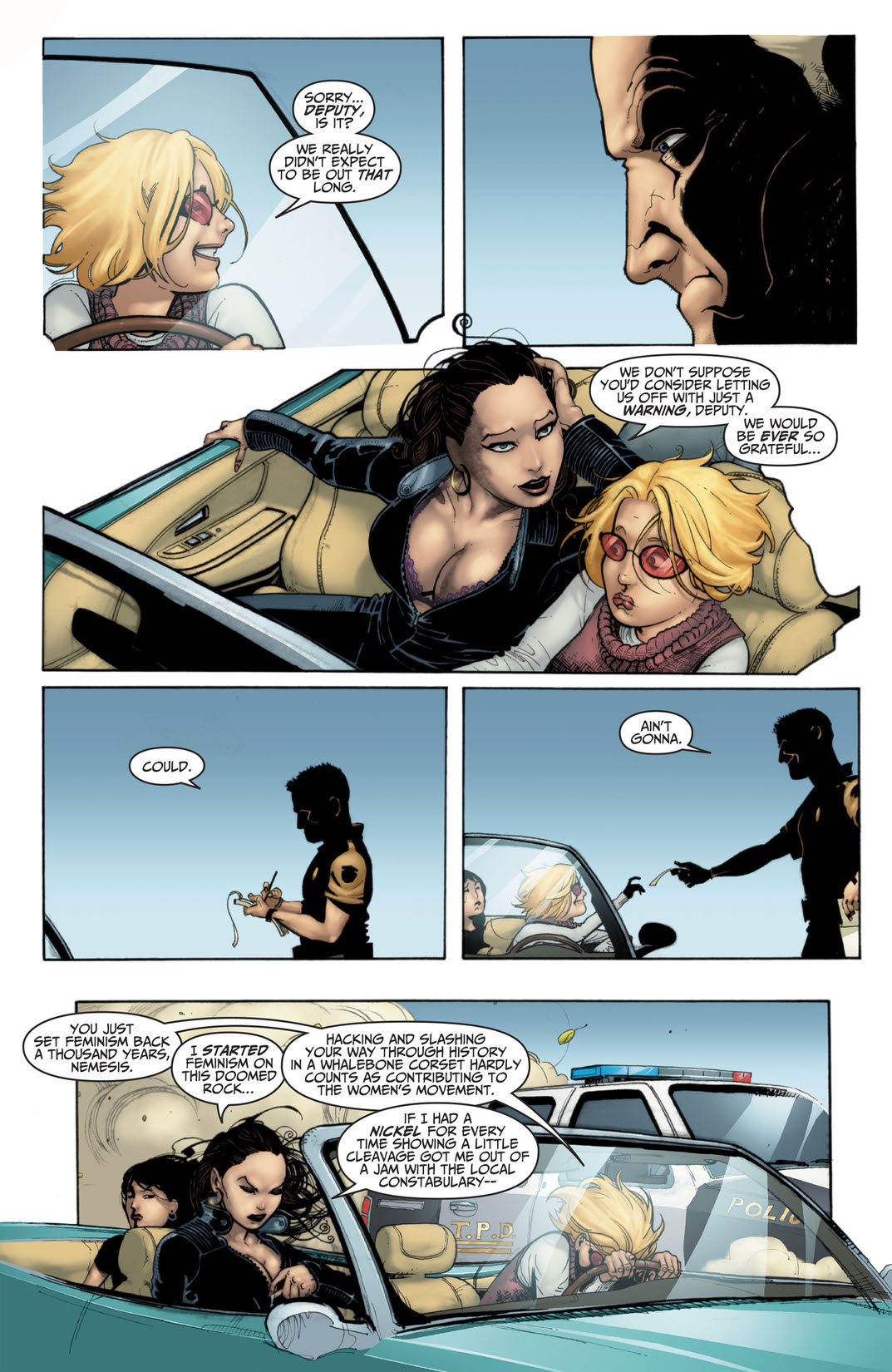 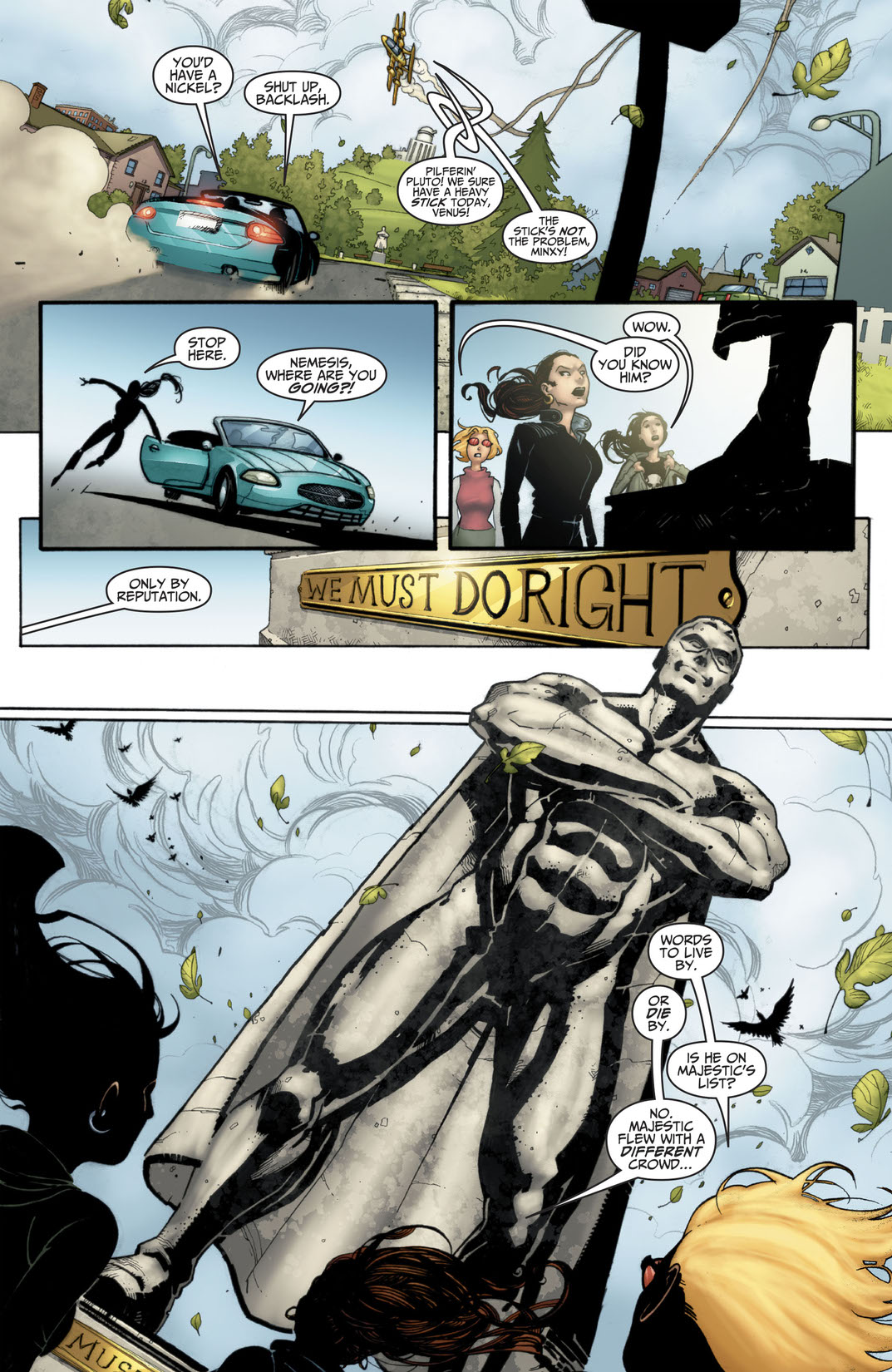 “BLAST FROM THE PAST!” Nemesis, Backlash and Savant are on the trail of Armageddon! The pieces of the puzzle are coming into focus, but are leading them in directions they didn’t expect—like to the town of Tranquility and a reunion of Backlashes, as Jodi contacts her father, Marc Slayton—the original Backlash! But will he have any clues to the coming destruction, despite being the head of I.O.?