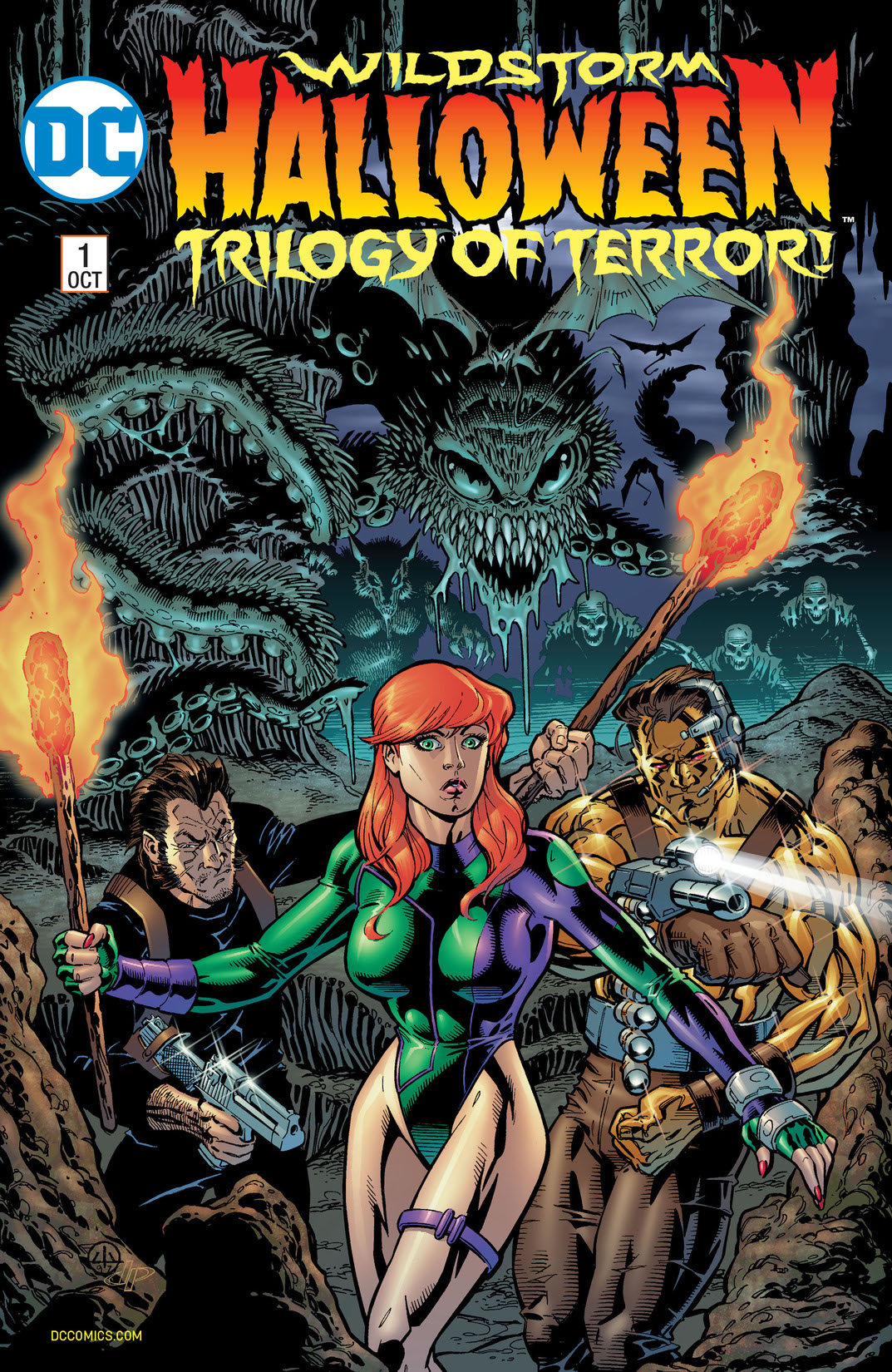 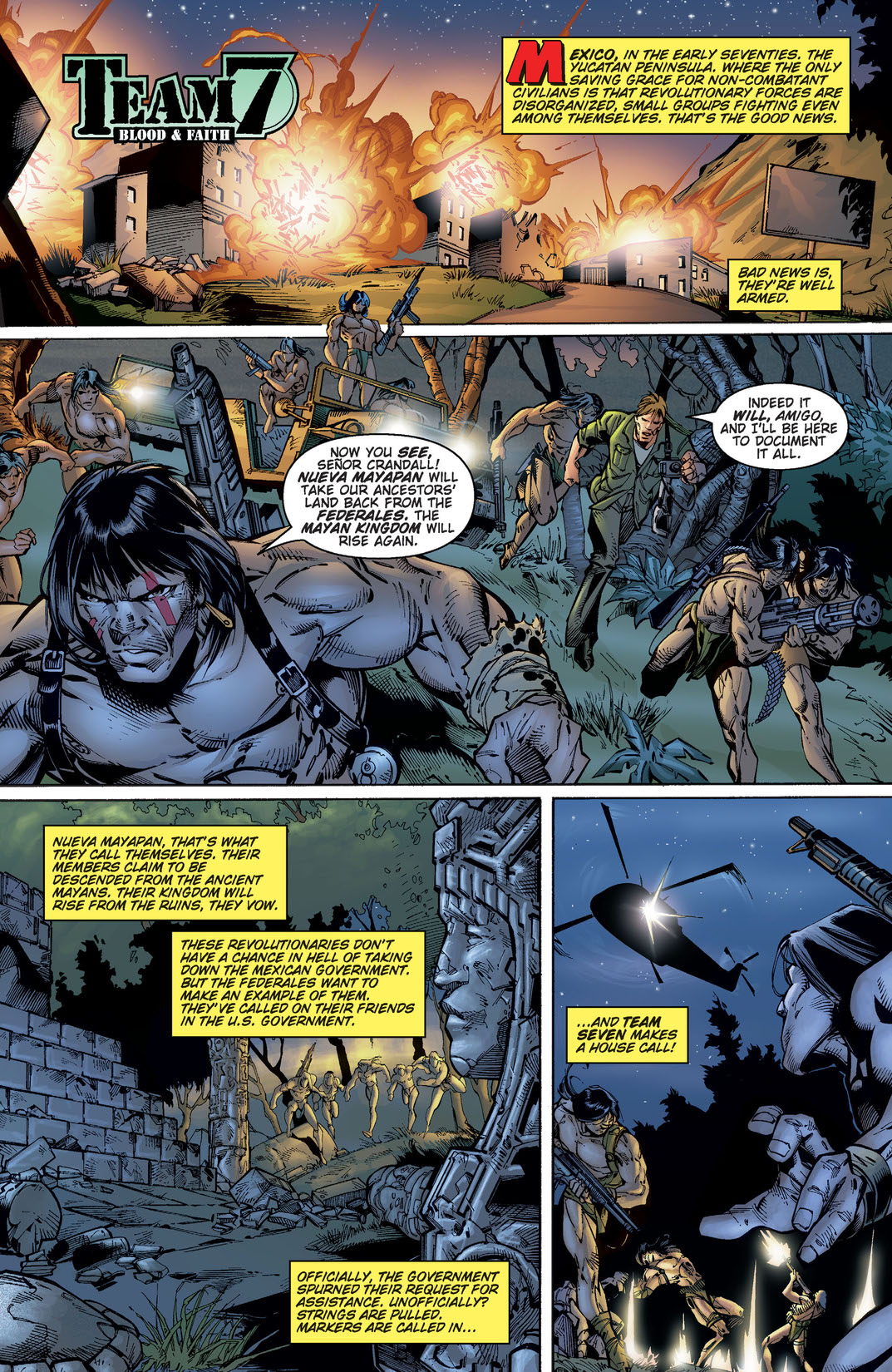 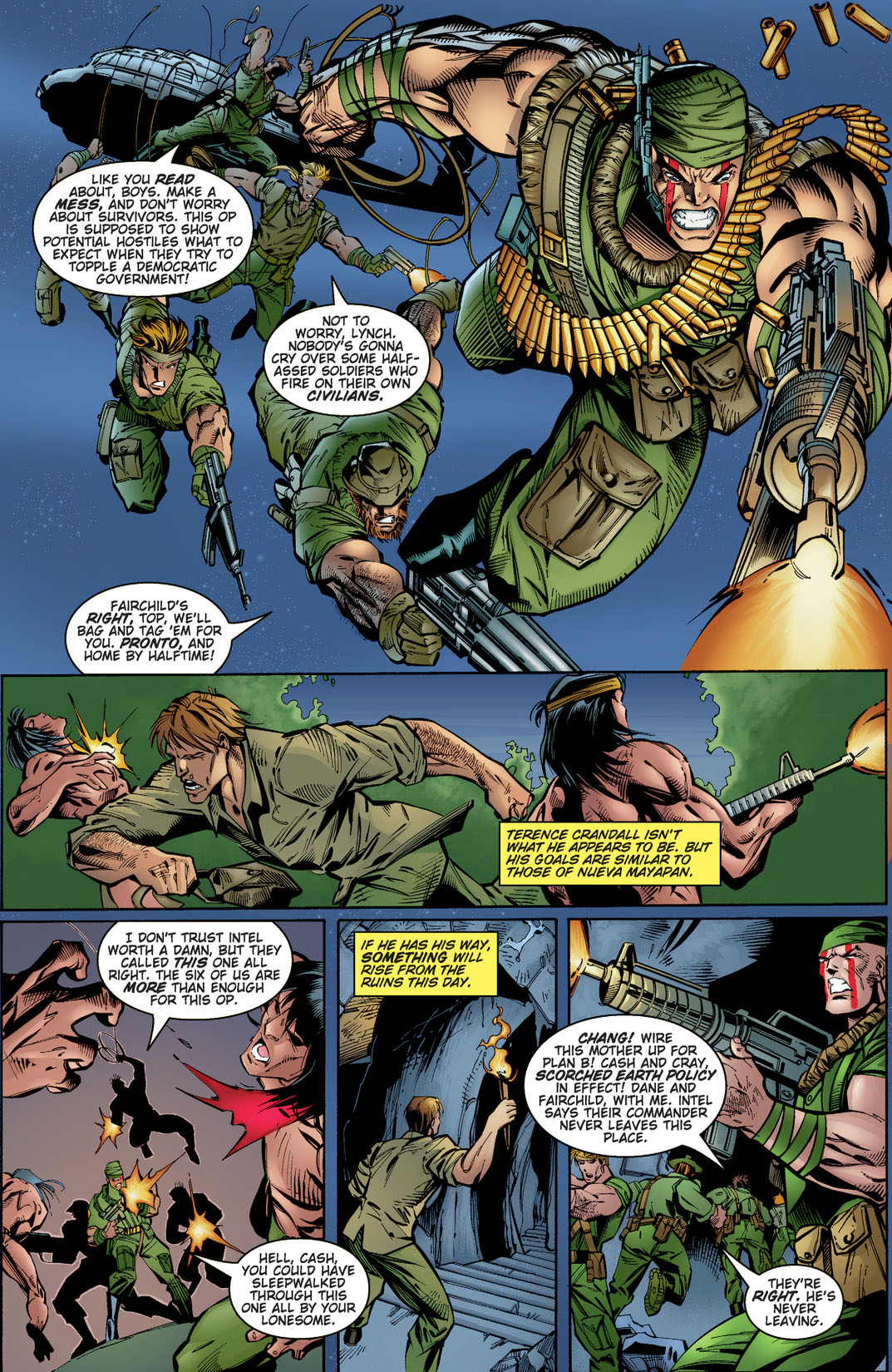 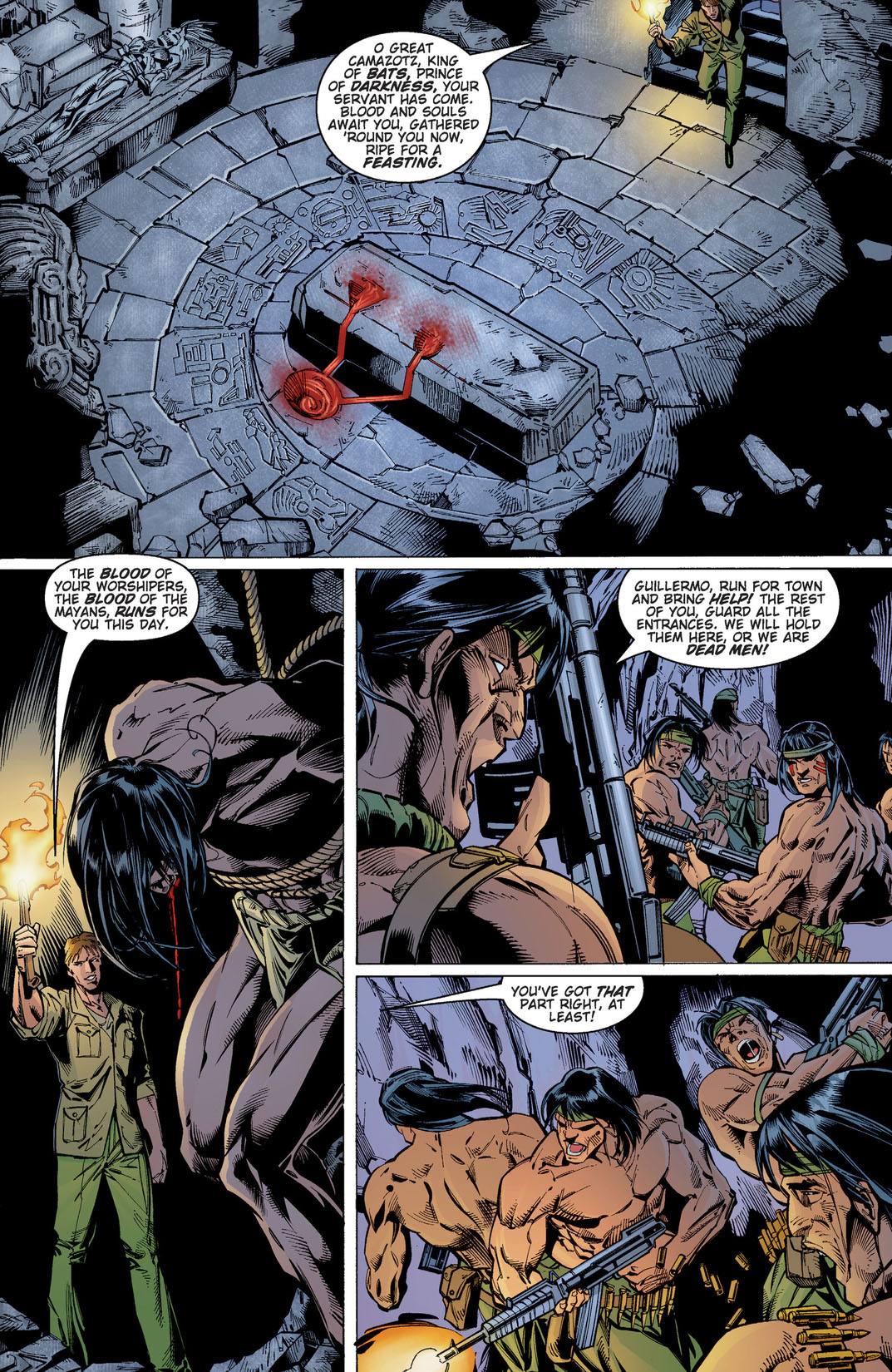 Team 7 in “Blood and Faith.” Made up of America’s finest military men, this elite strike force served the whims of International Operations, the intelligence organization to end all intelligence organizations, headed by the malevolent Miles Craven. Although they would one day be betrayed by I.O. and subjected to the DNA-altering Gen-Factor, at this point in time they were I.O.’s happy little soldiers... Gen13 in “...When All the Freaks Come Out!” Rainmaker, Freefall, Grunge, Burnout and Fairchild: these Gen-Active teenagers, first-generation descendants of the original Team 7, were recruited into I.O.’s Project Genesis, a program secretly intended to develop superhumans. Upon discovering that the project was nothing more than a breeding ground for Gen-Actives, they escaped the compound with the help of renegade I.O. agent John Lynch, and to this day remain fugitives. On this particular Halloween, they make their home in a safe house in La Jolla, California, where they are joined by Fairchild’s father, Alex... WetWorks in “Berserker.” A modern-day version of I.O.’s Team 7, WetWorks went rogue when they were forcibly merged with symbiotic armor while on what their superiors meant to be a suicide mission. The golden armor each member is joined with gives them increased strength, limited invulnerability and a mental link to one another as well as various individual powers. During the period of time in which this adventure takes place, they are in the service of industrialist Armand Waering, in his personal war against the Vampire Nation...