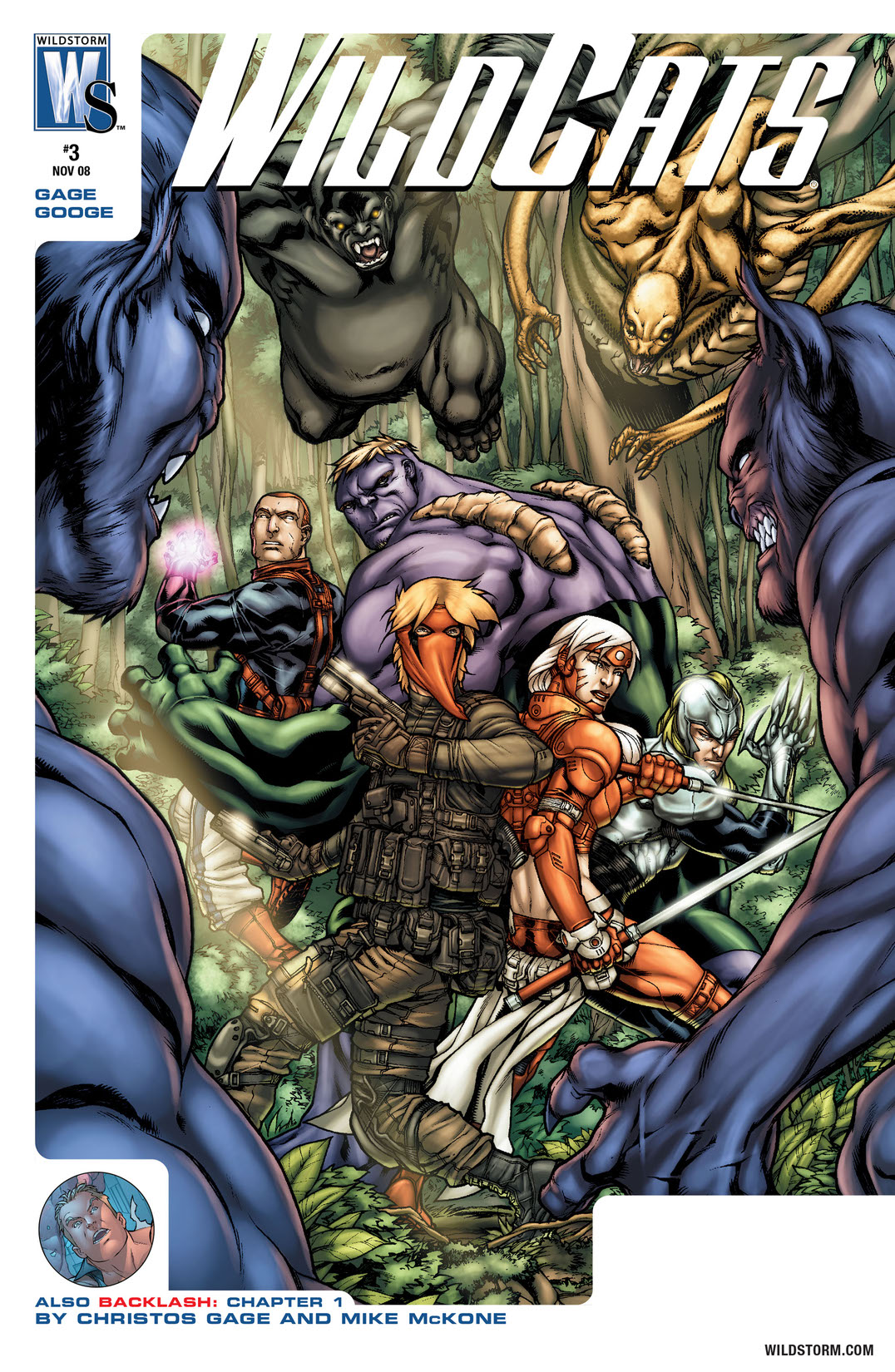 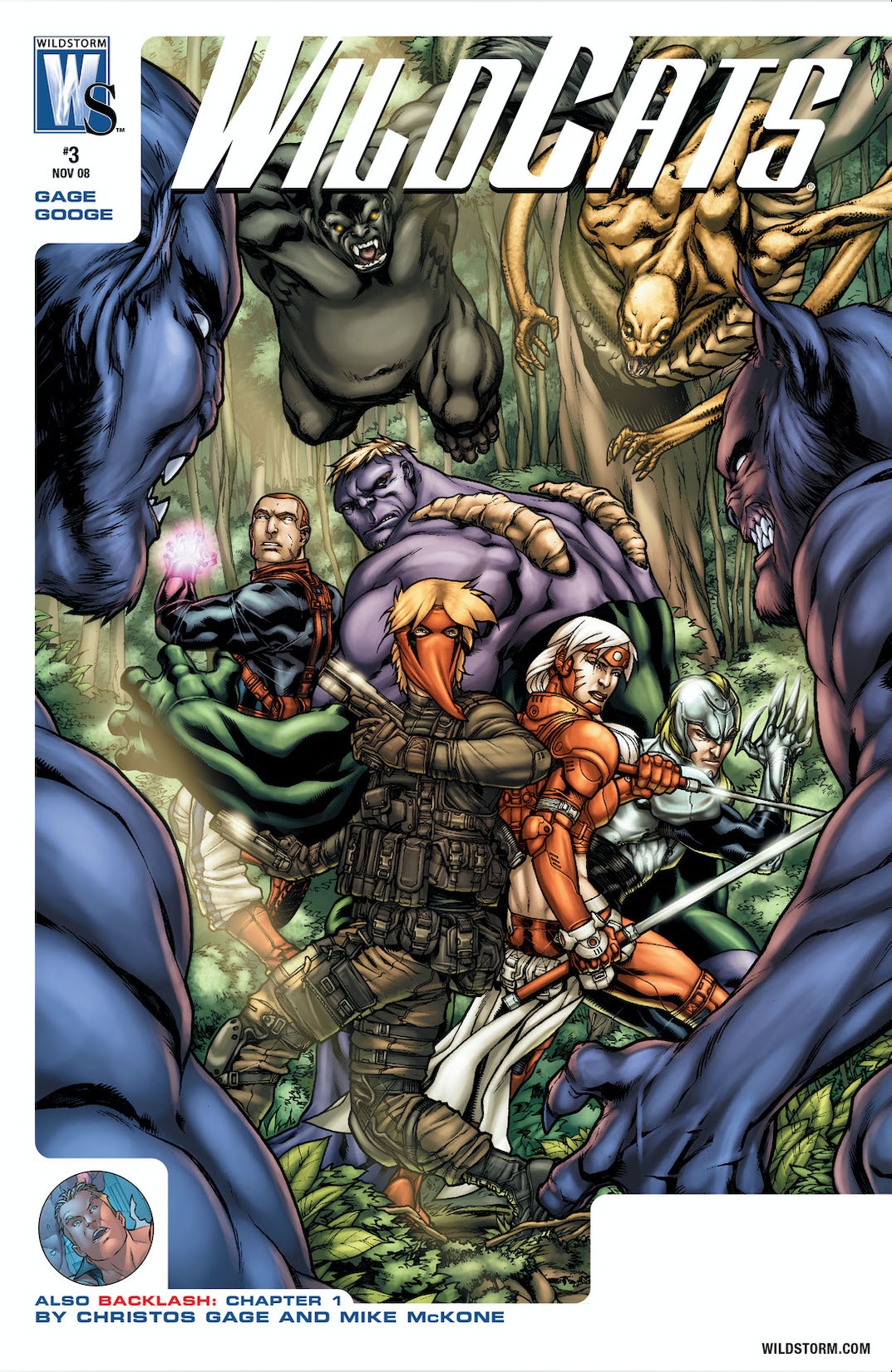 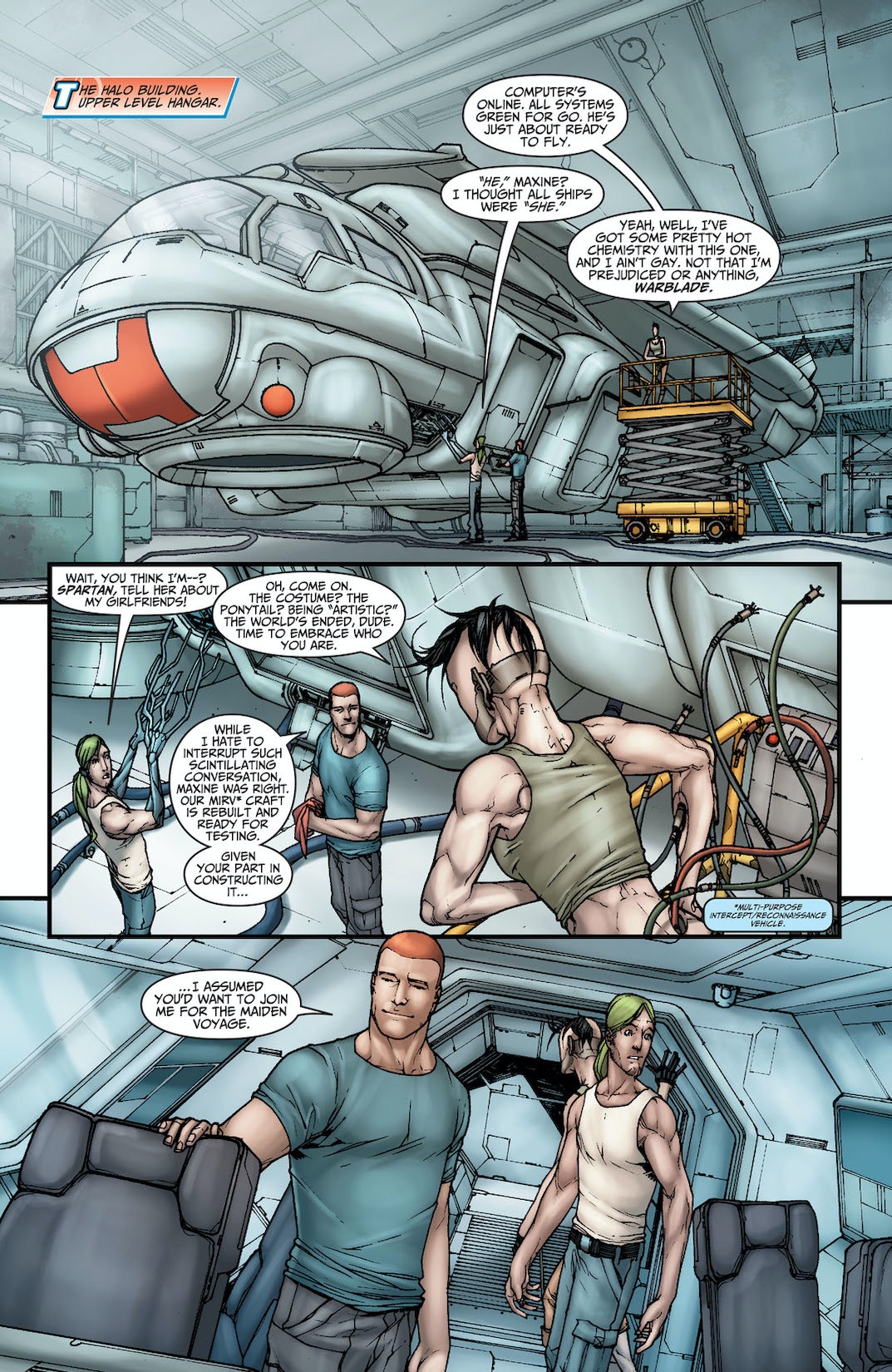 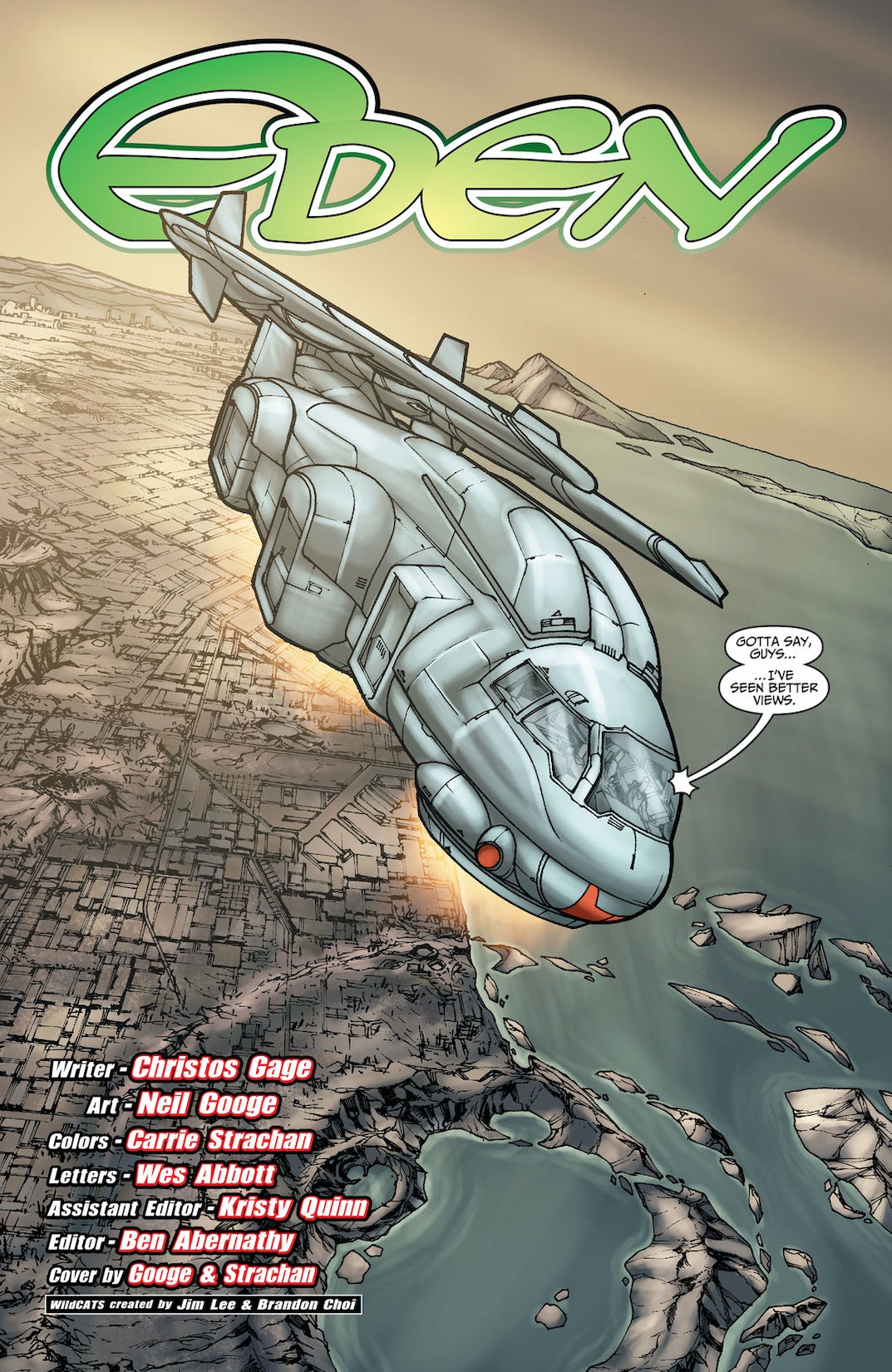 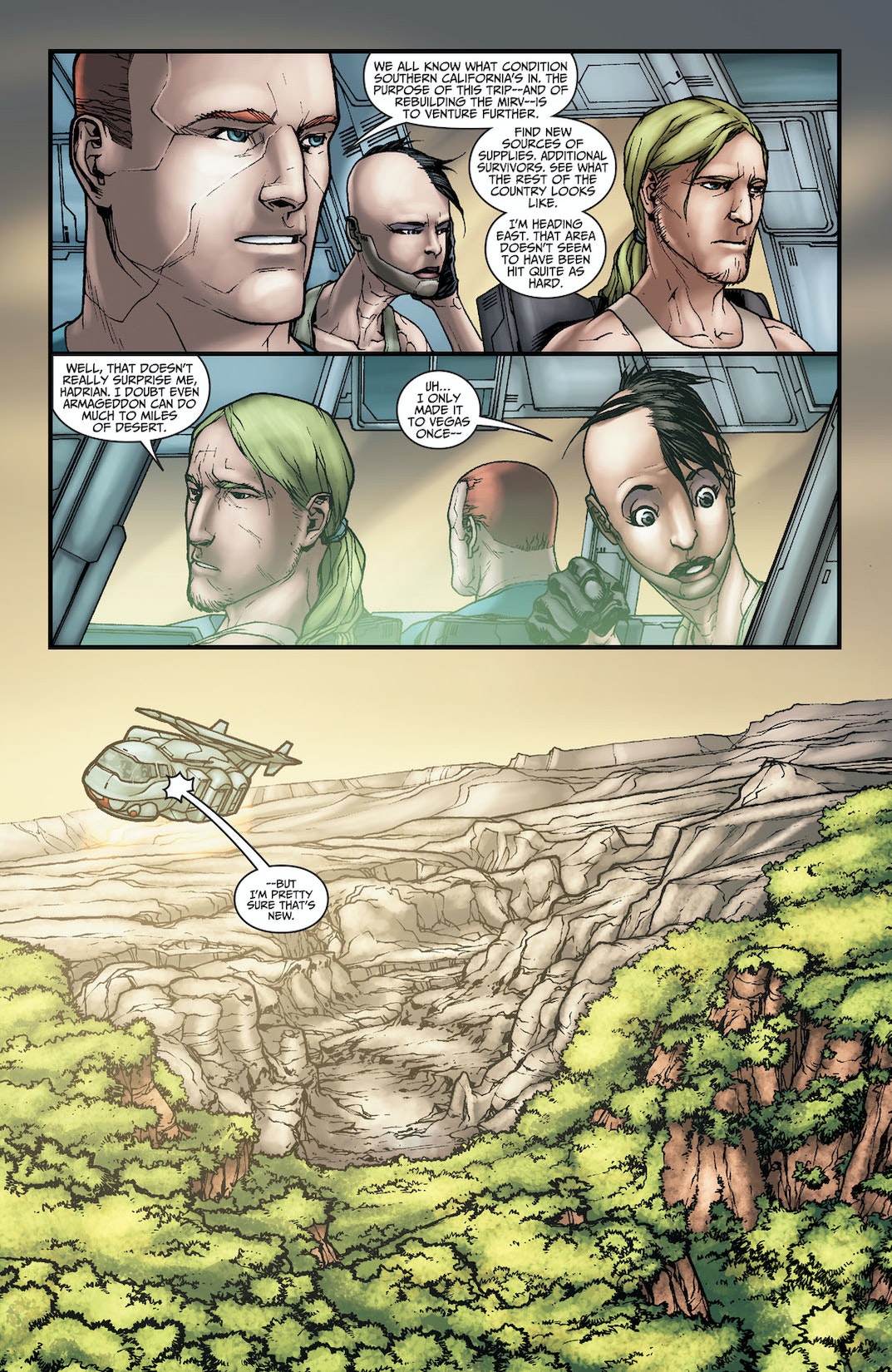 As the Wildcats attempt to rebuild their shattered world one piece at a time, a glimmer of hope is offered in a rumored oasis in the Nevada desert that literally sprang up out of nowhere after the Apocalypse. Could this be the fabled Nevada Garden? And what ex-member of StormWatch: PHD stands in the way of them finding out? Also, Gage and Mike McKone's new backup story begins, focusing on Marc Slayton, the original Backlash!