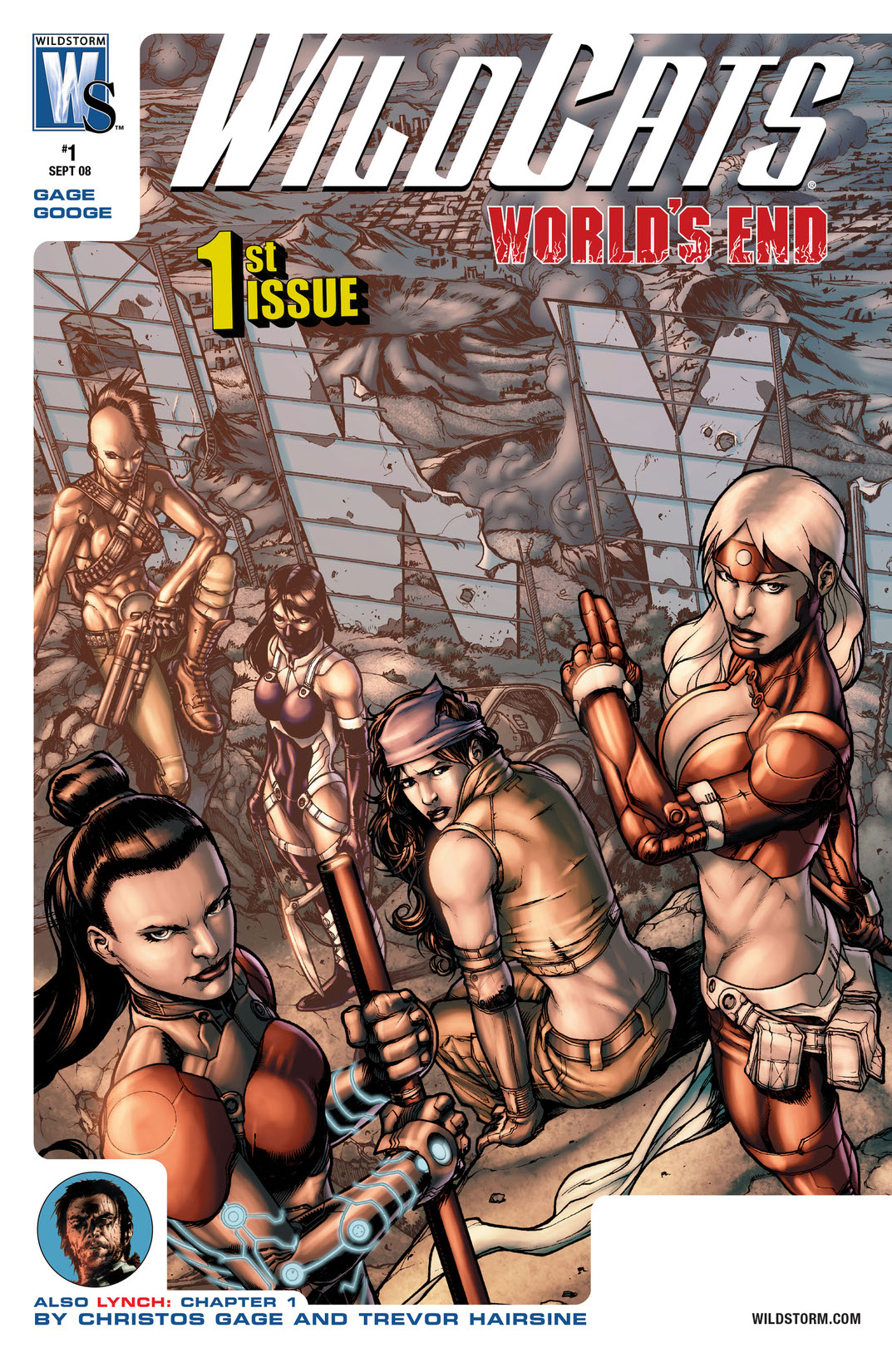 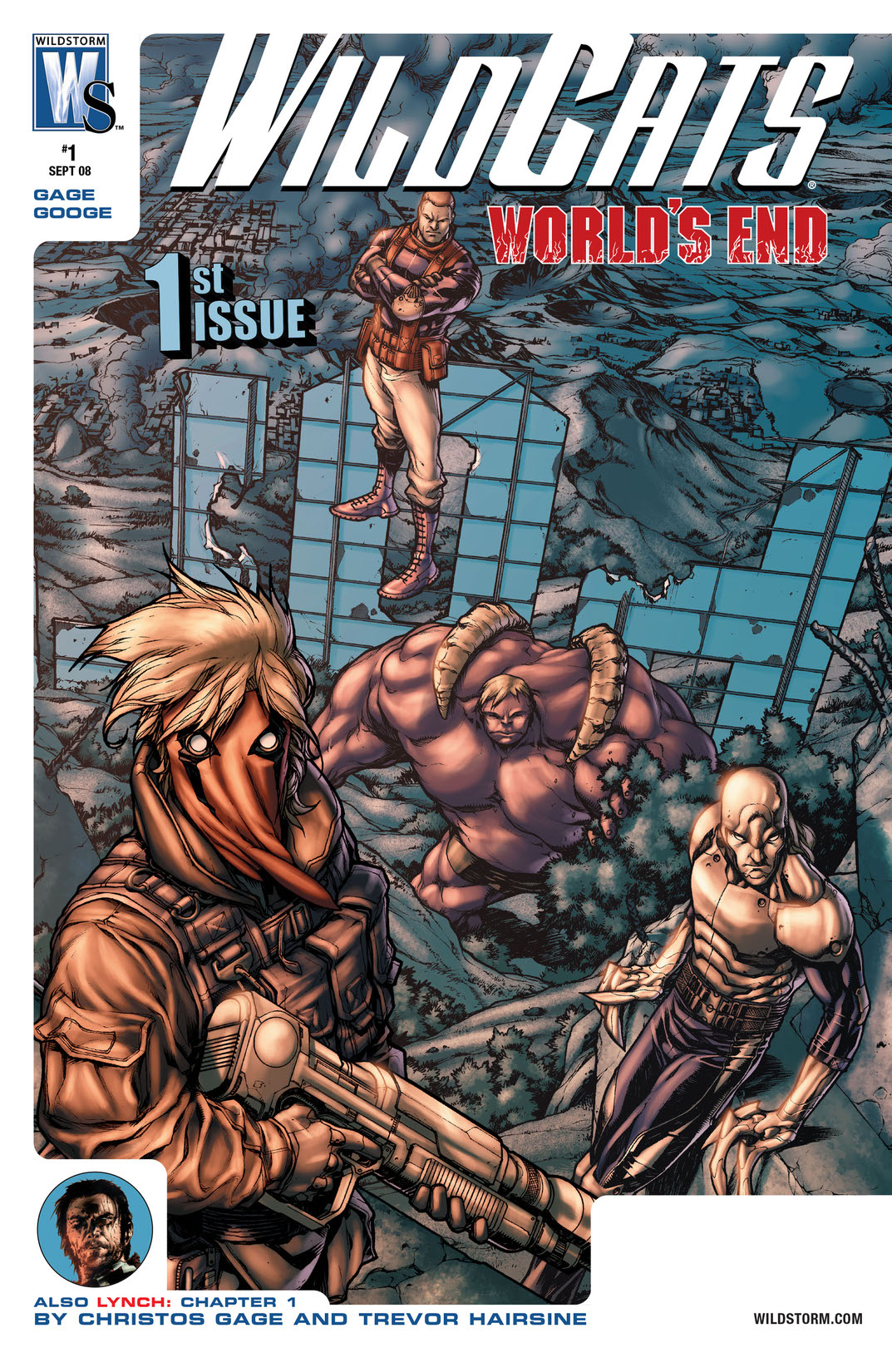 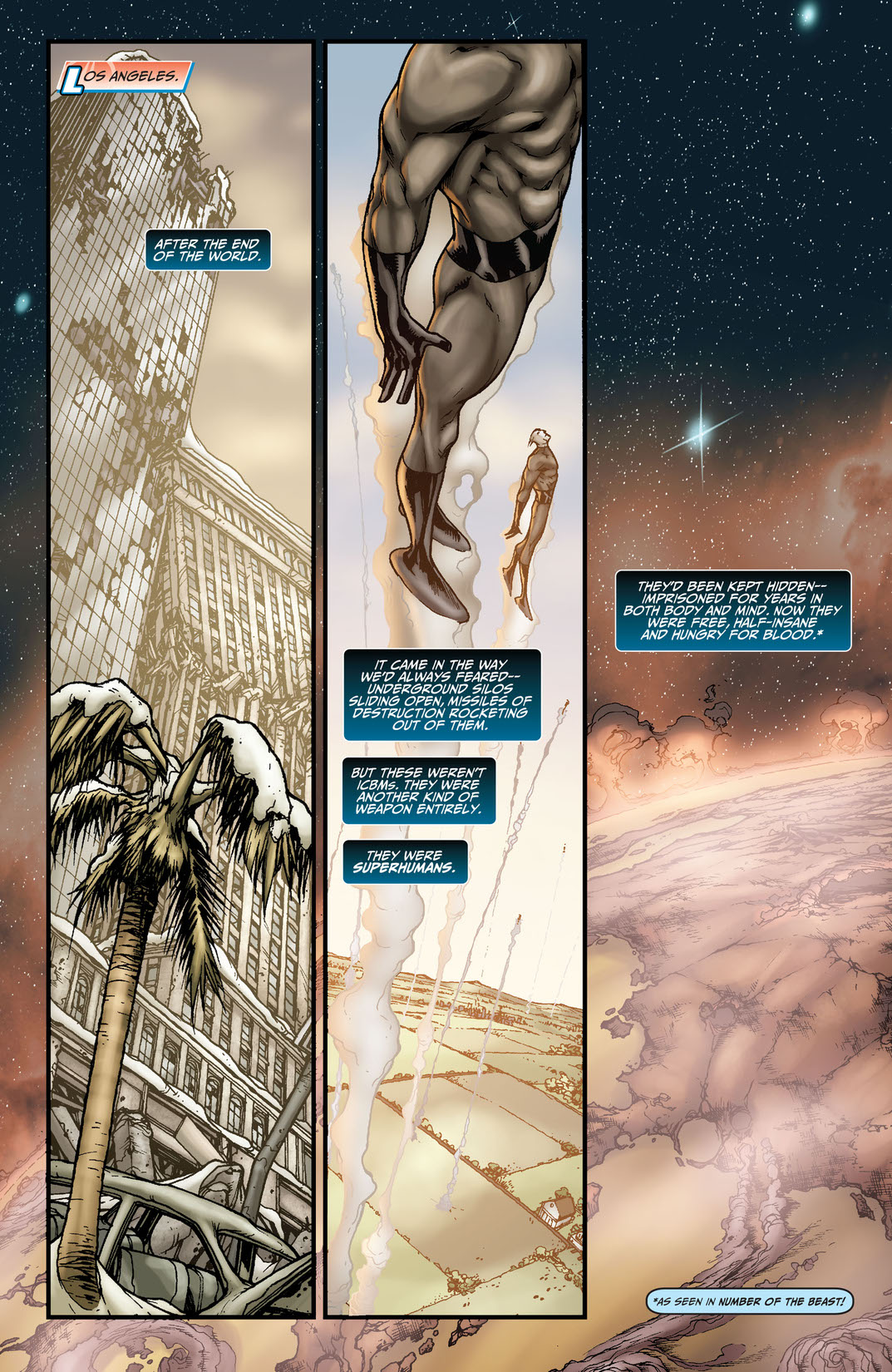 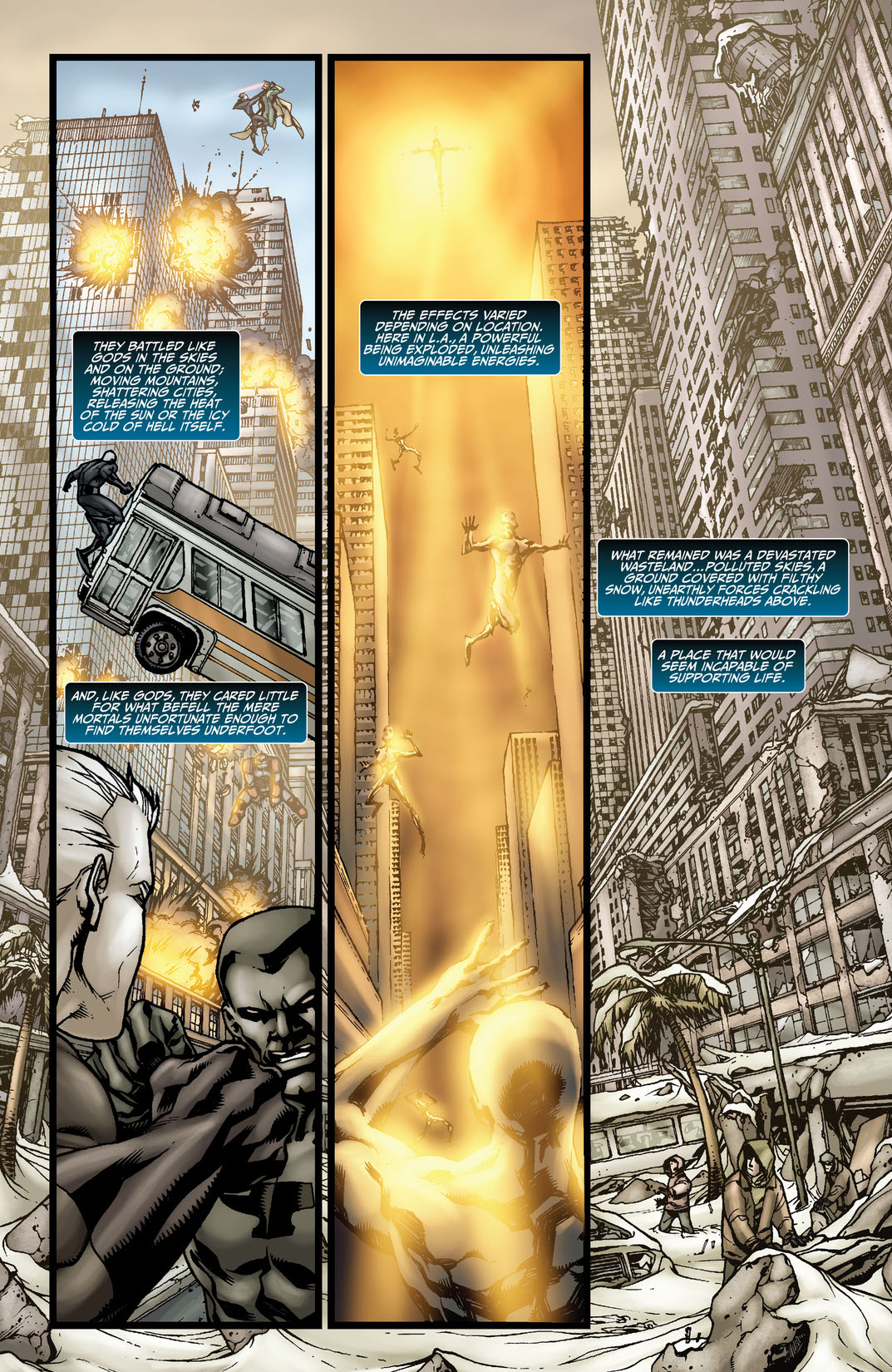 After the total annihilation of Earth by superhumans, a new era begins! The remnants of Wildcats rally around the HALO headquarters in Los Angeles...but are they up to the monumental task of rebuilding a planet? And Christos Gage in a special back-up details how John Lynch survived the world's end...