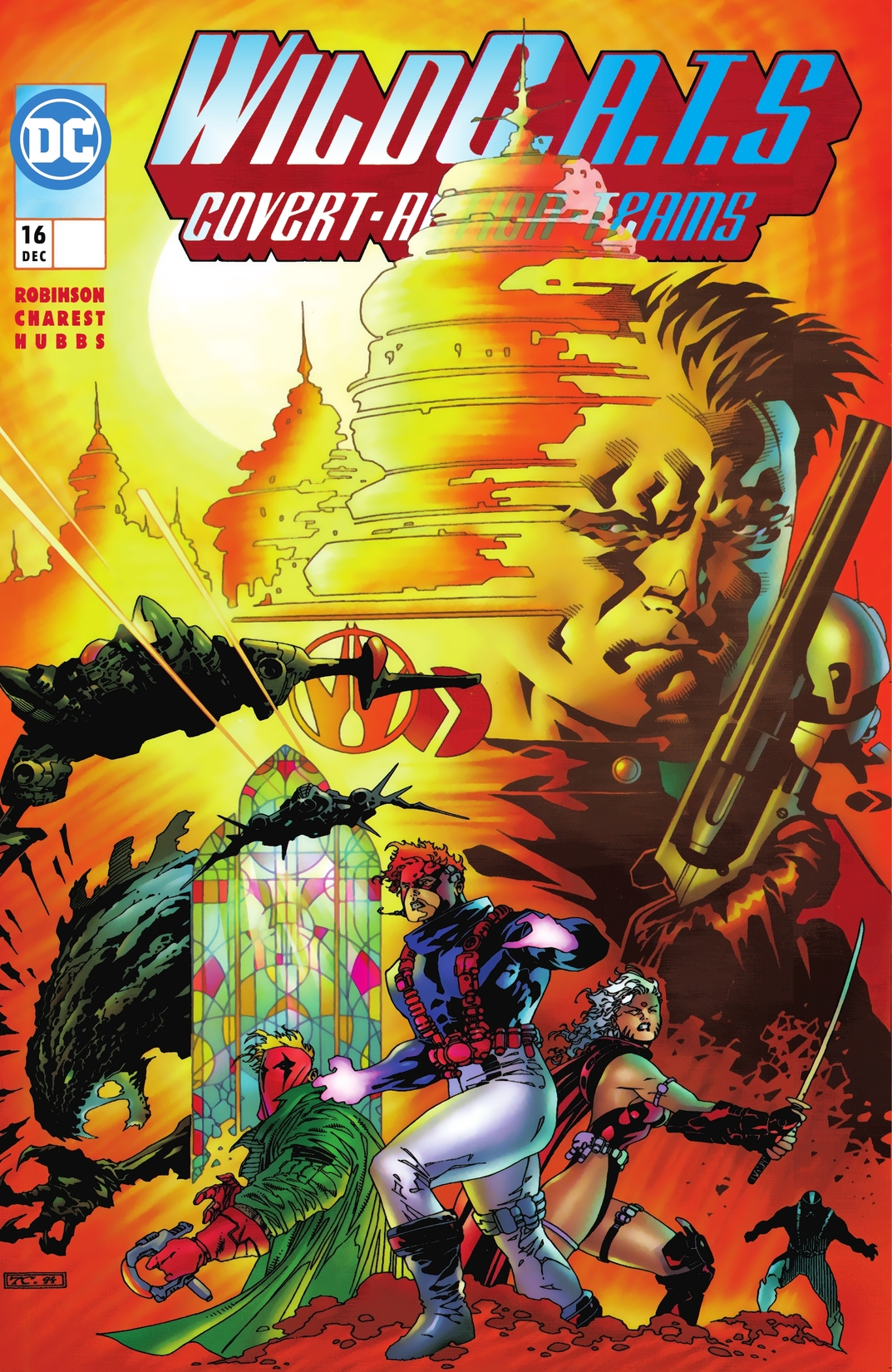 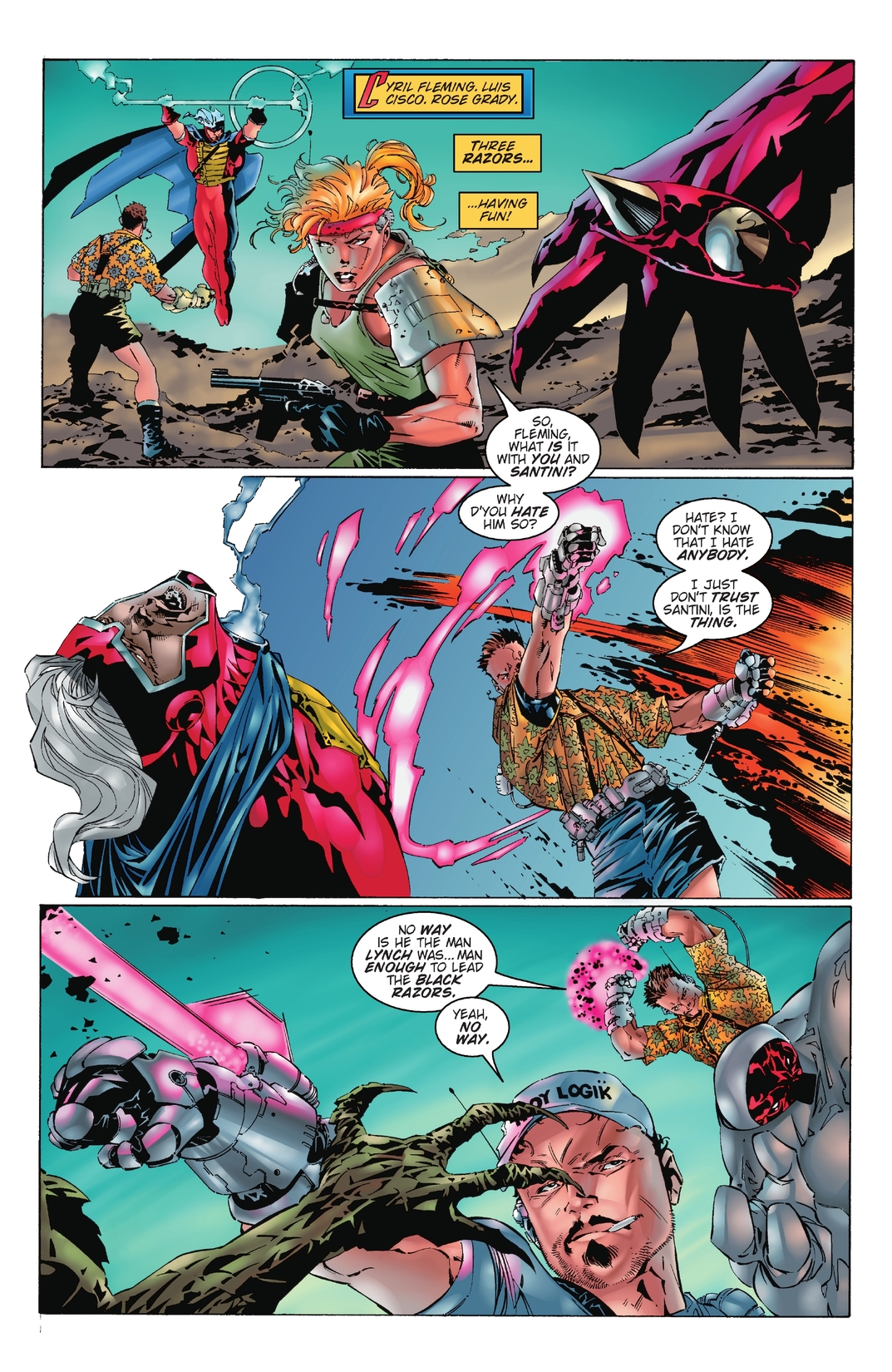 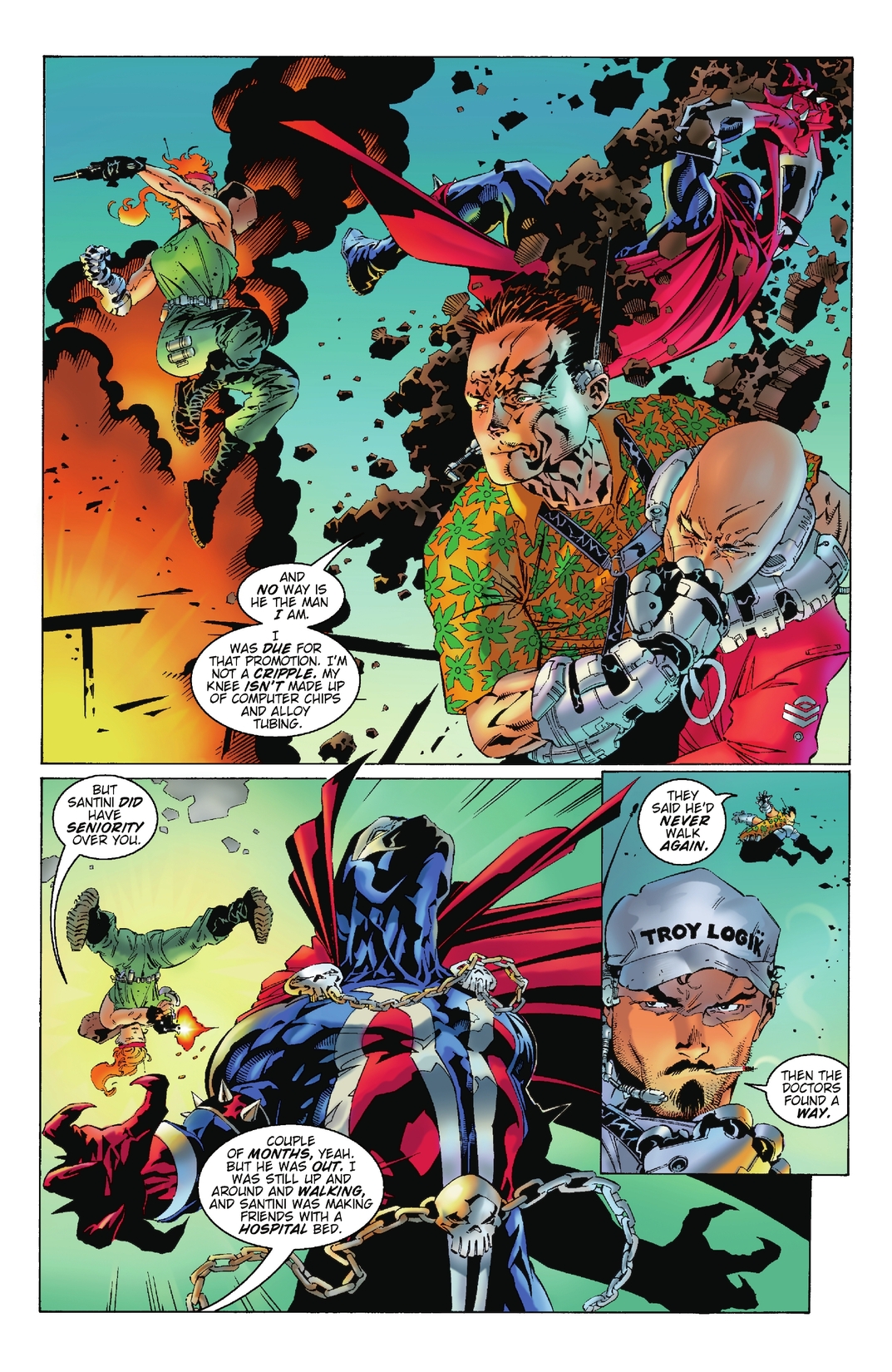 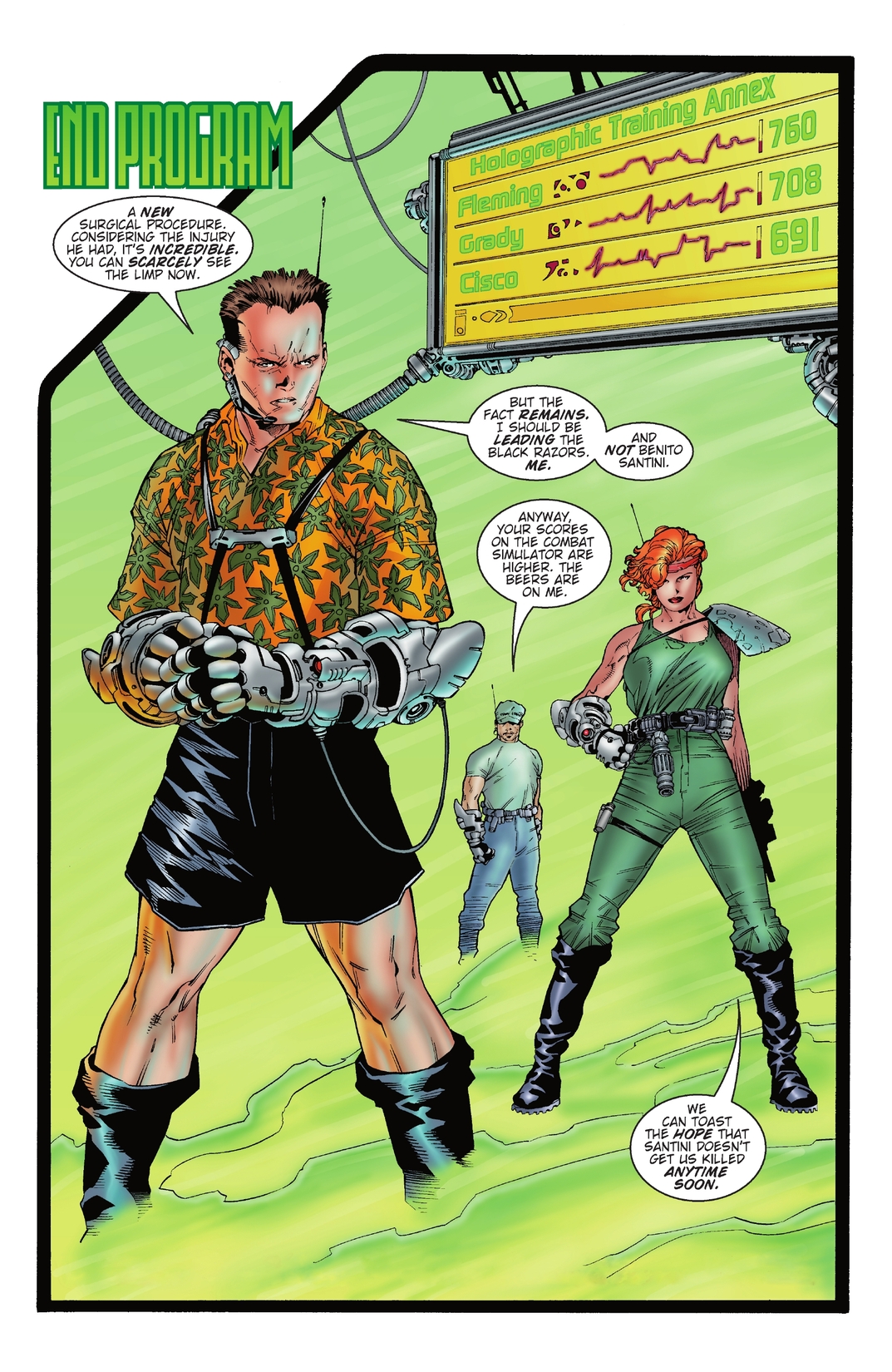 One of the WildC.A.T.s has been secretly replaced by a shape-shifting Daemonite assassin with orders to take out a very important foreign delegate-currently being guarded by the WildC.A.T.s! It’s up to Ben Santini and his Black Razors to uncover the impostor and save the emir while fighting off both the ’C.A.T.s and a Cabal attack squad!