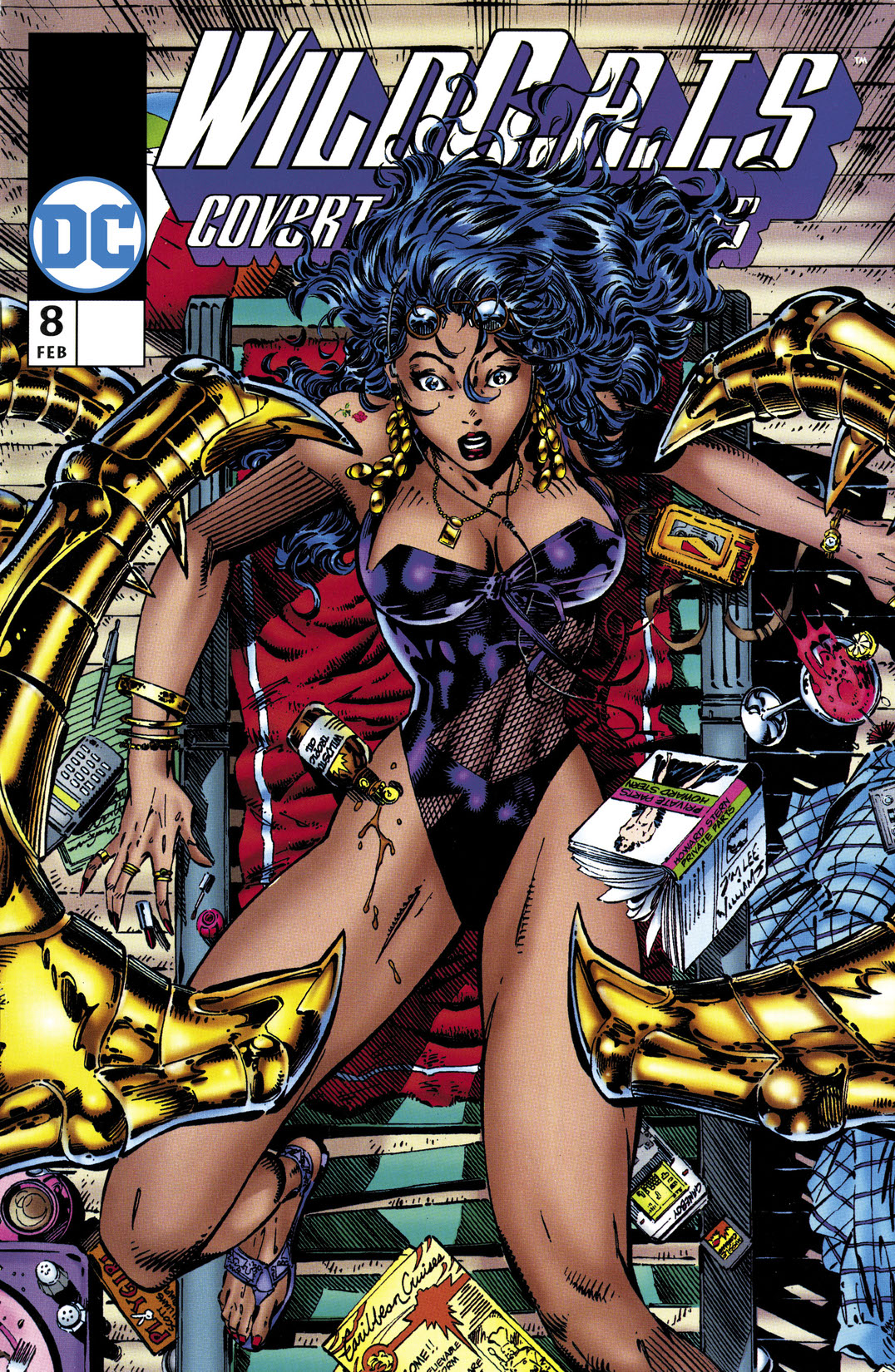 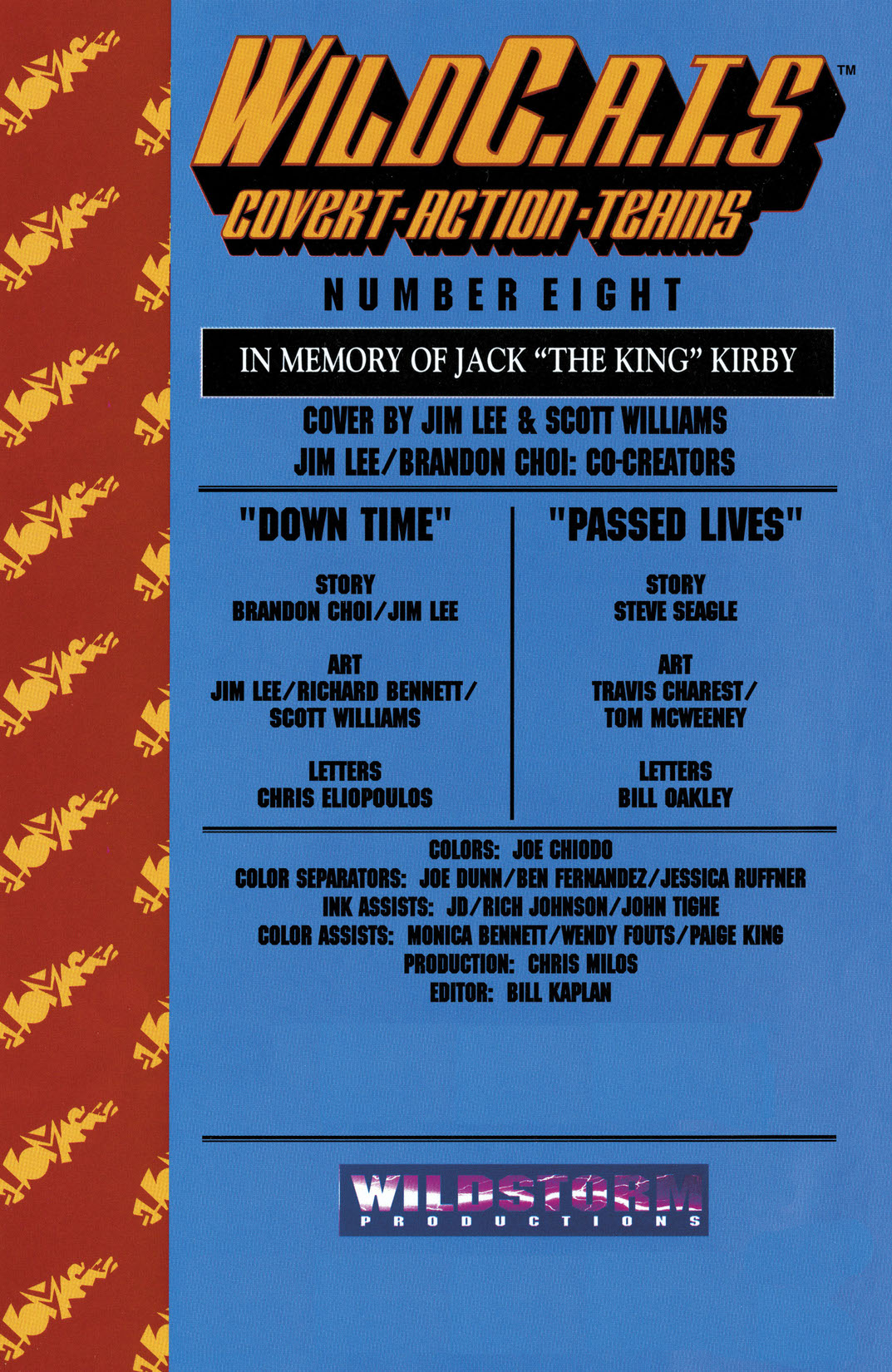 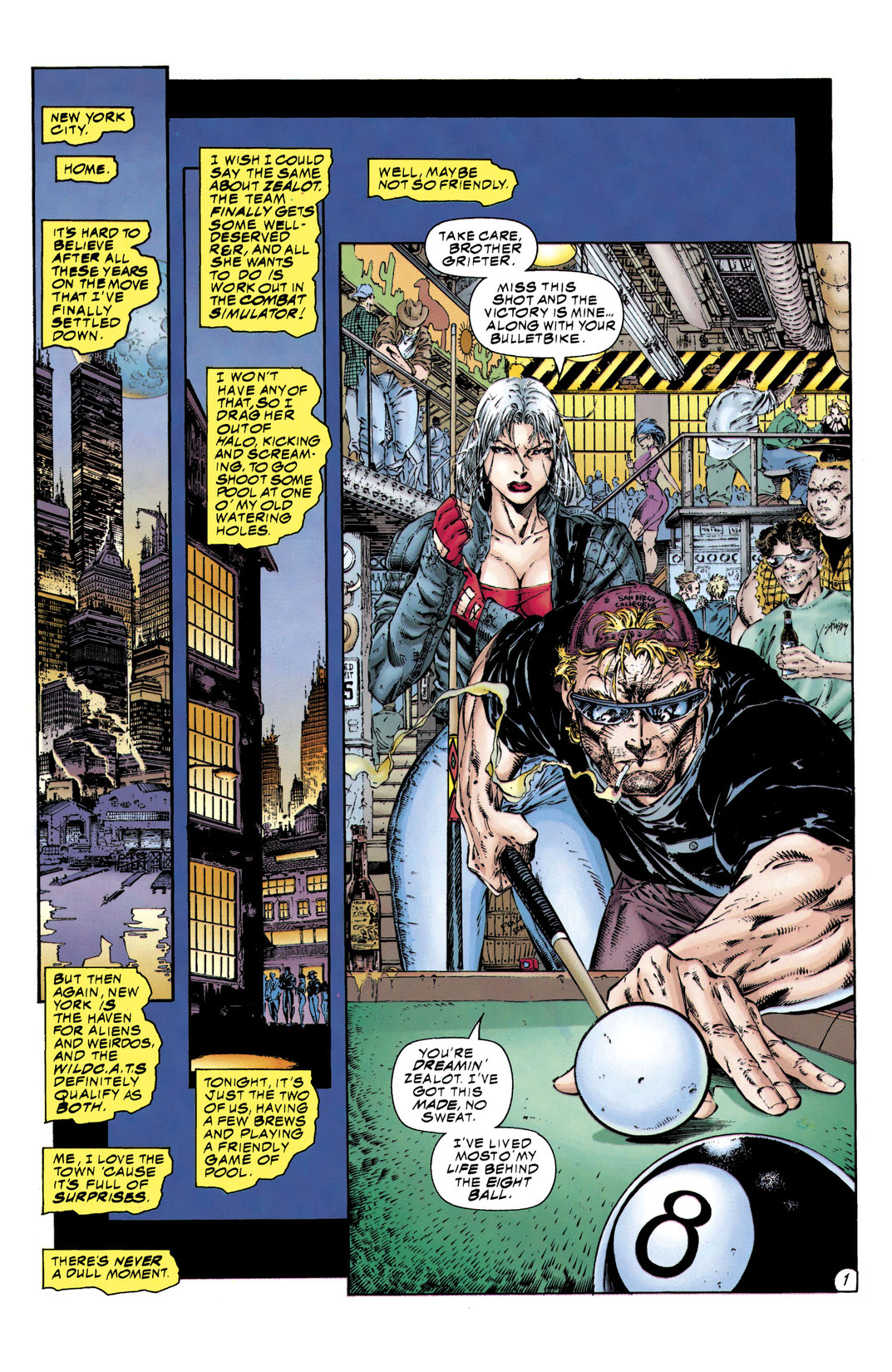 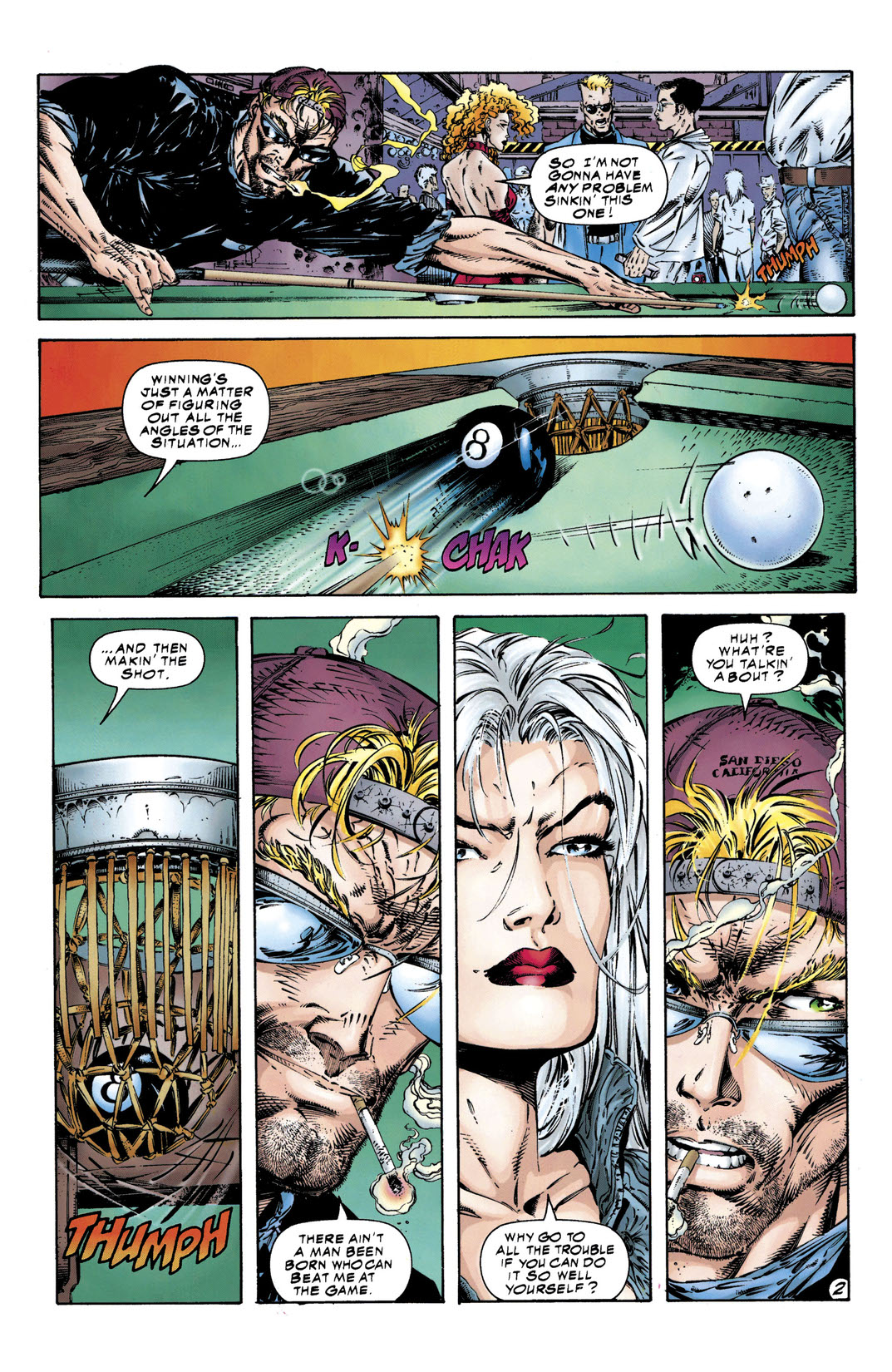 In the aftermath of the events of Killer Instinct, the team is in need of some much needed R&R, but things don't always go according to plan. While on an ocean cruise the WildC.A.T.s are suddenly, and violently, ripped from this world and pulled into the unknown. Meanwhile Grifter receives an ominous message an sets out on his own. "Past Lives!" Story by Steve Seagle. Art by Travis Charest and Tom McWeeney. In this Voodoo solo adventure, the fairest Cat must stand alone against a deadly enemy whose vendetta goes back to issue #1.