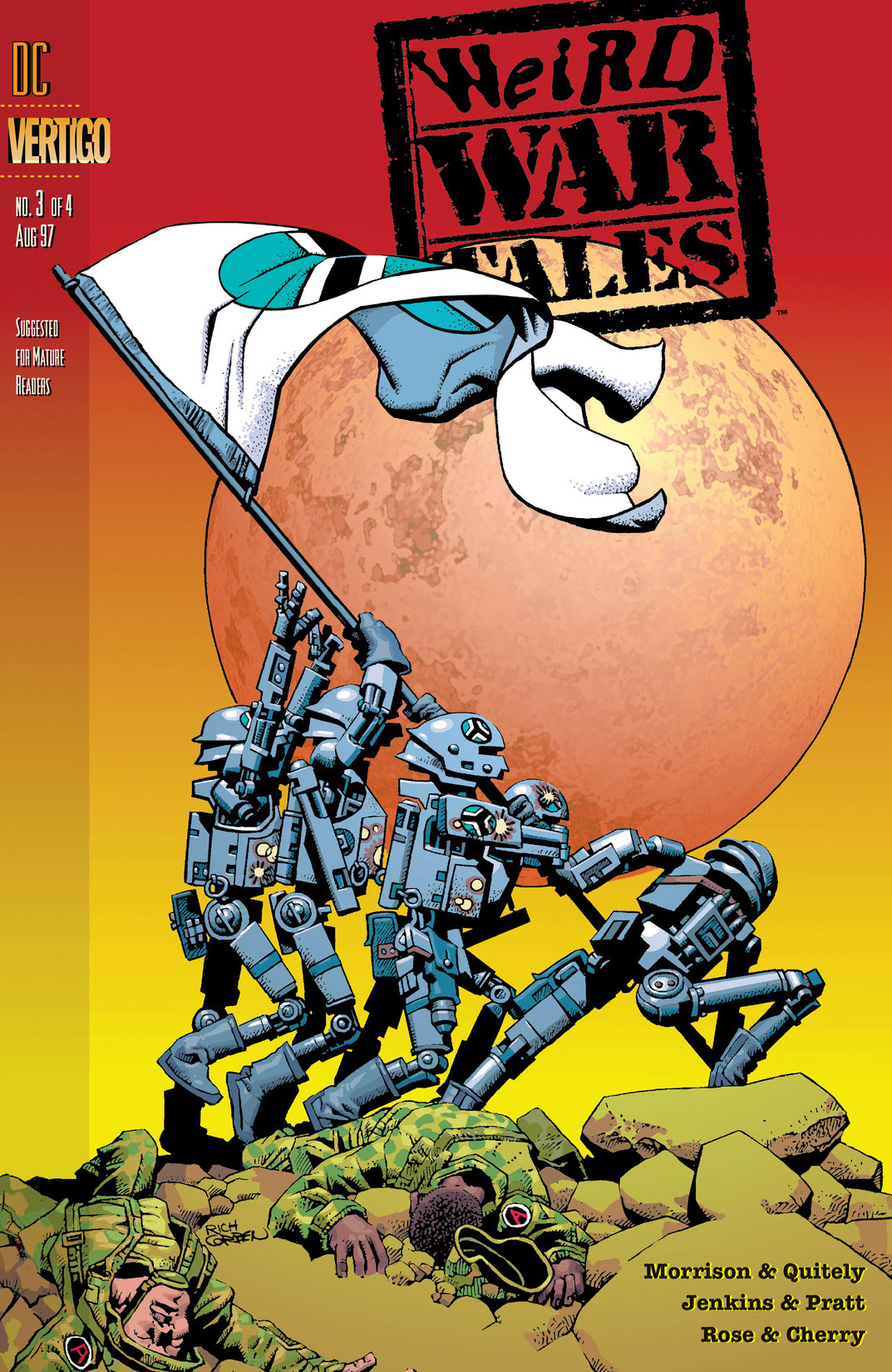 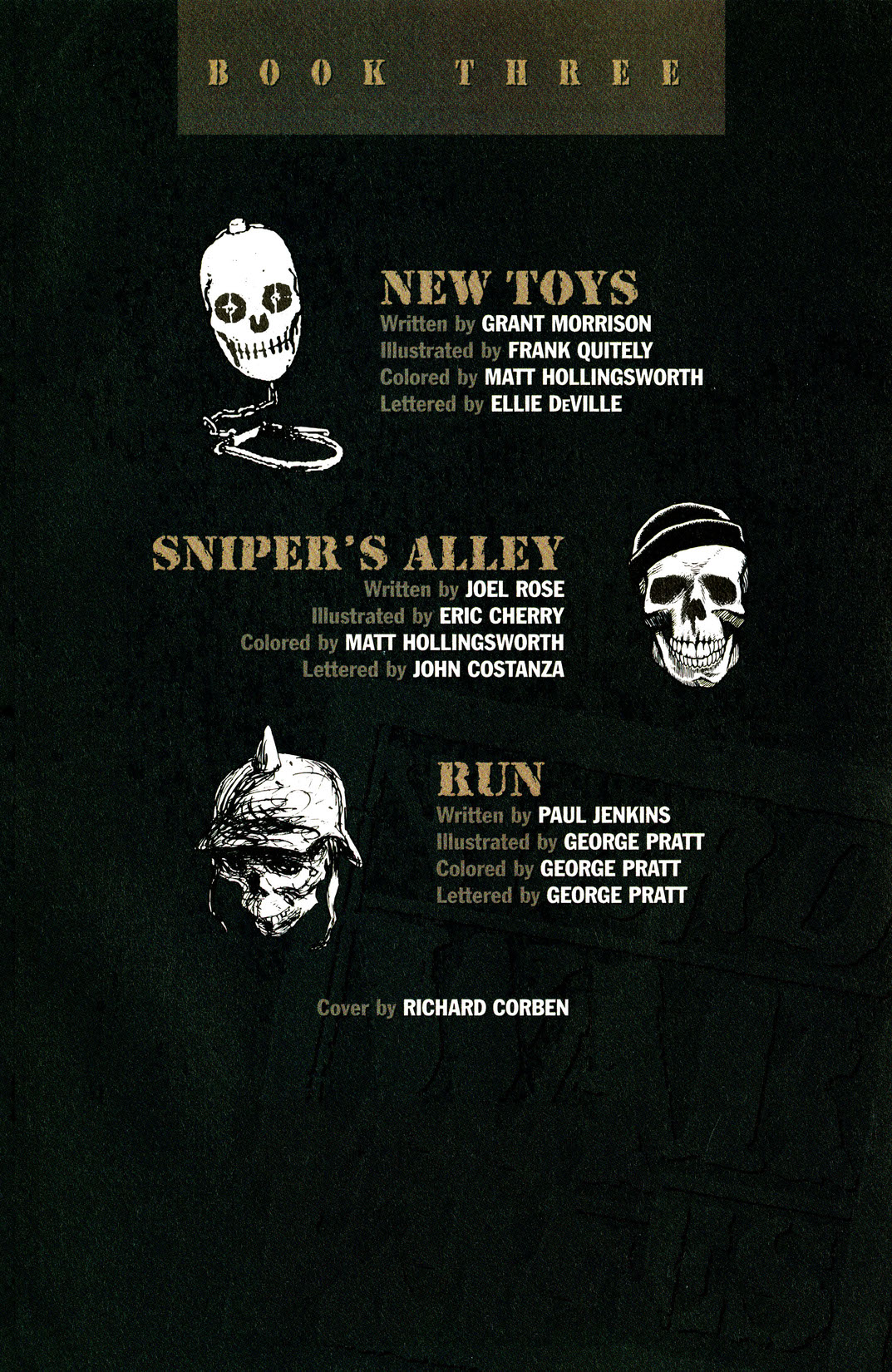 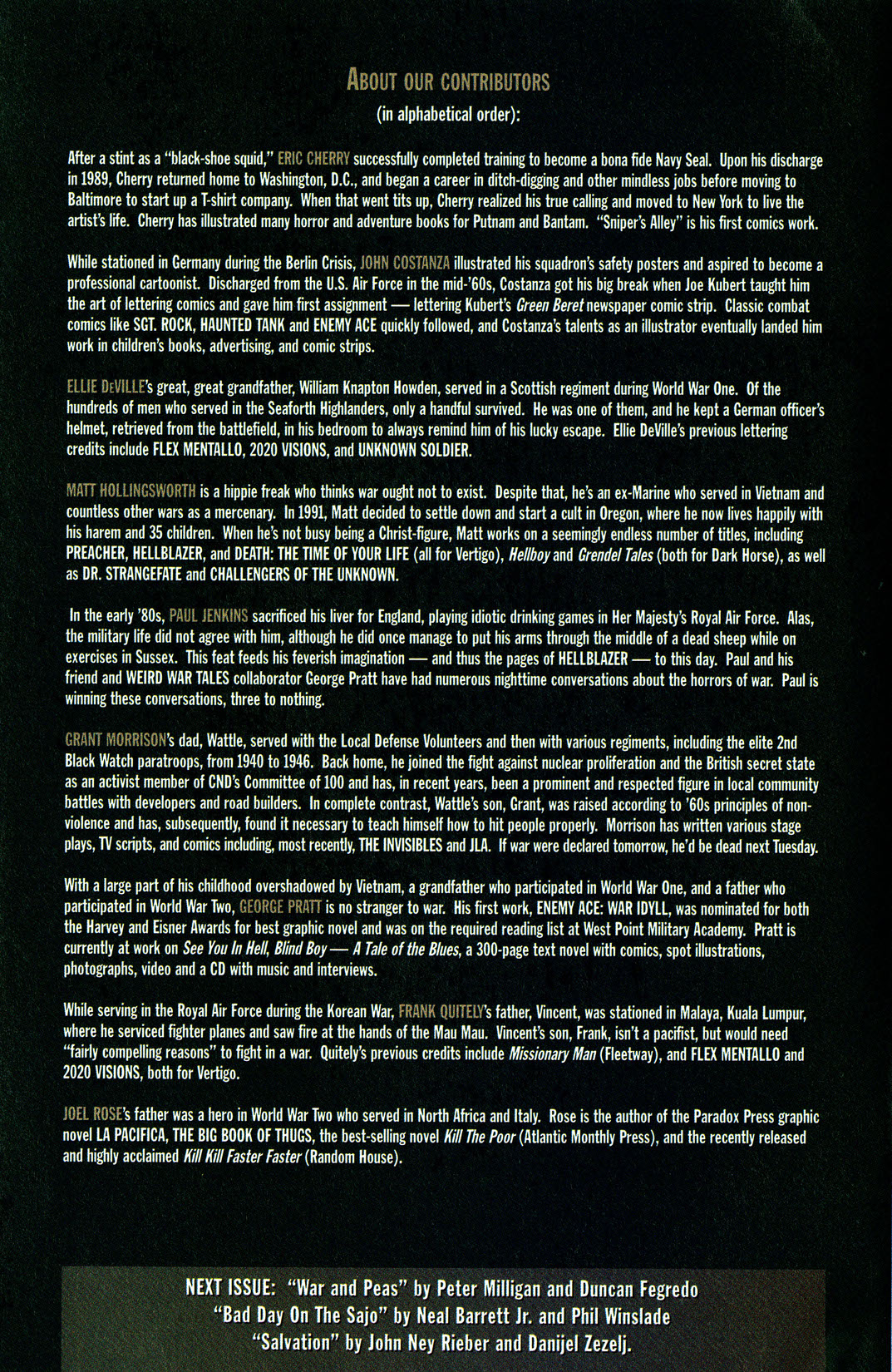 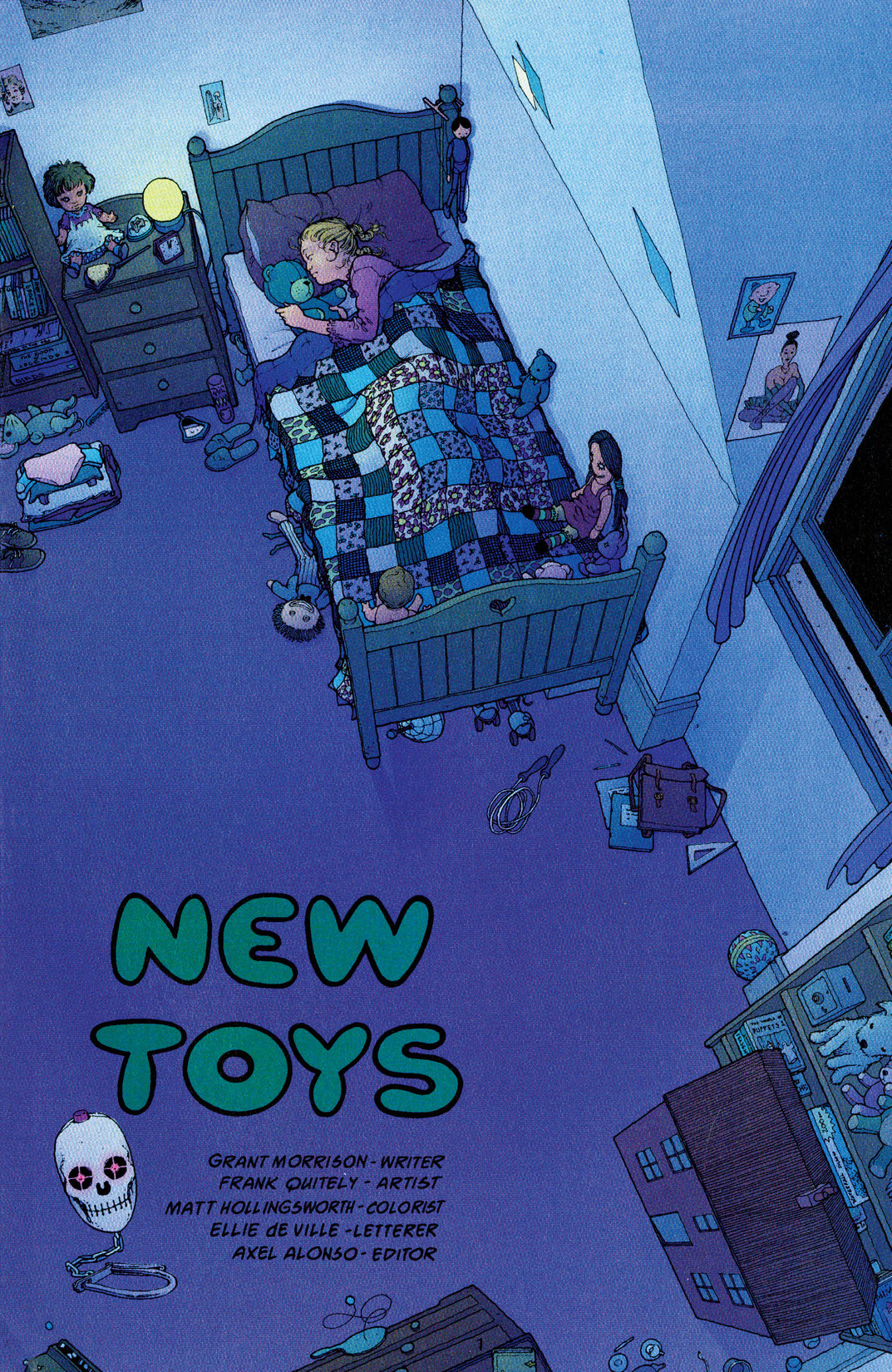 In the darkness of a little boy's bedroom, a toy soldier is subjected to an elaborate courtmartial...On the war-torn streets of Sarajevo, a Bosnian marksman hunts a mysterious Chetnik sniper...On the corpse-strewn fields of No Man's Land, a good soldier learns that the difference between life and death is a three-letter word.