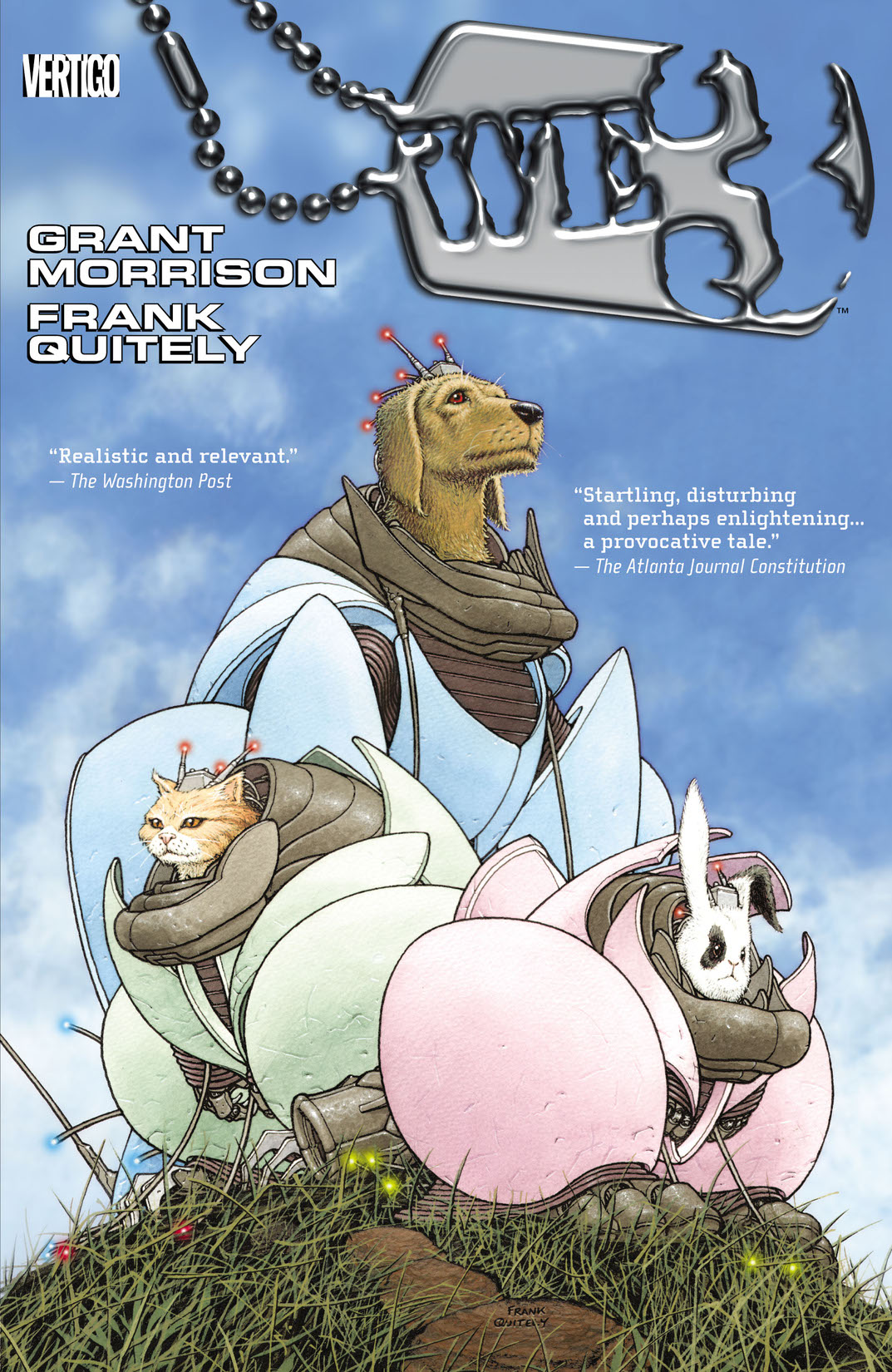 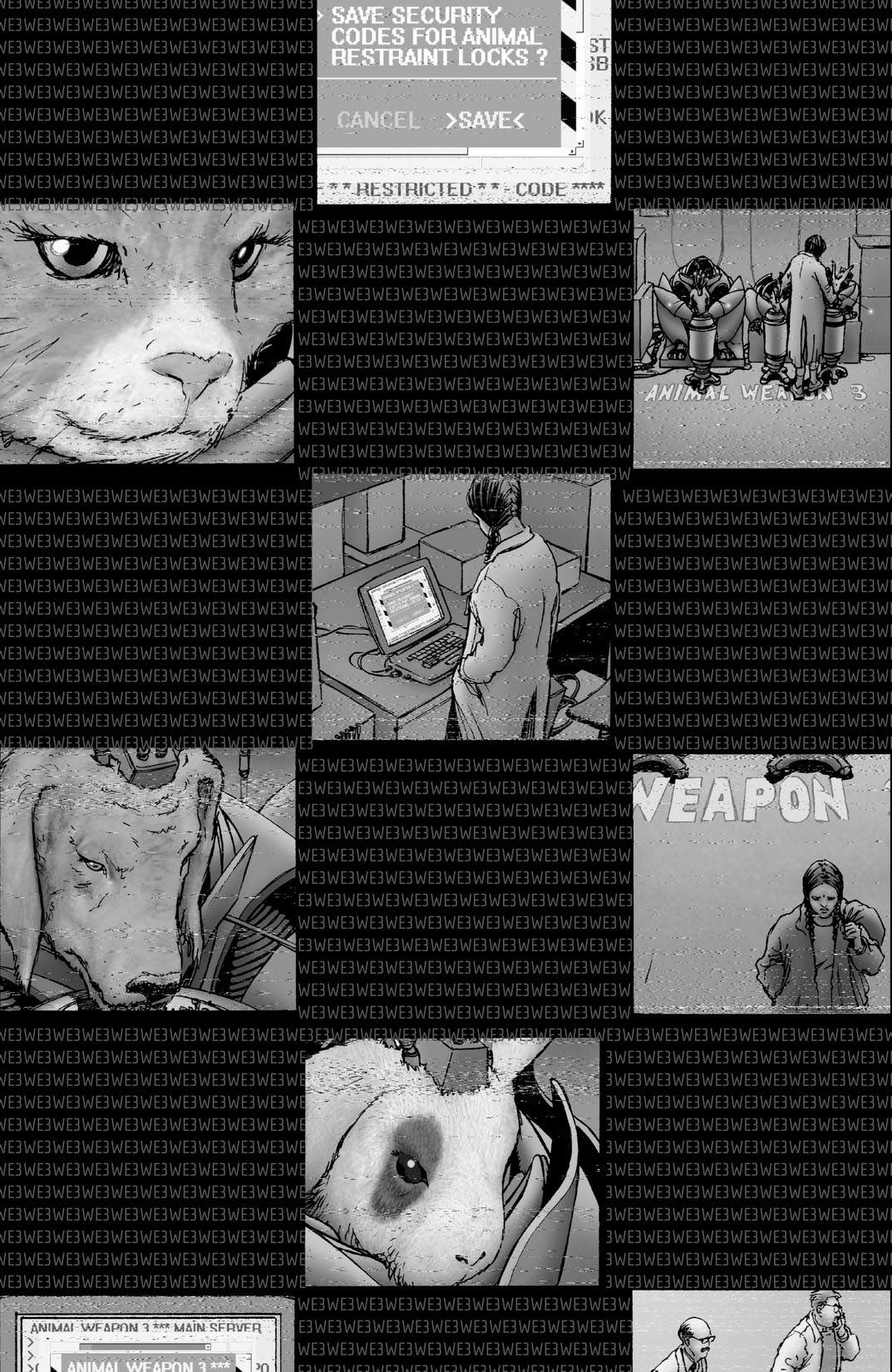 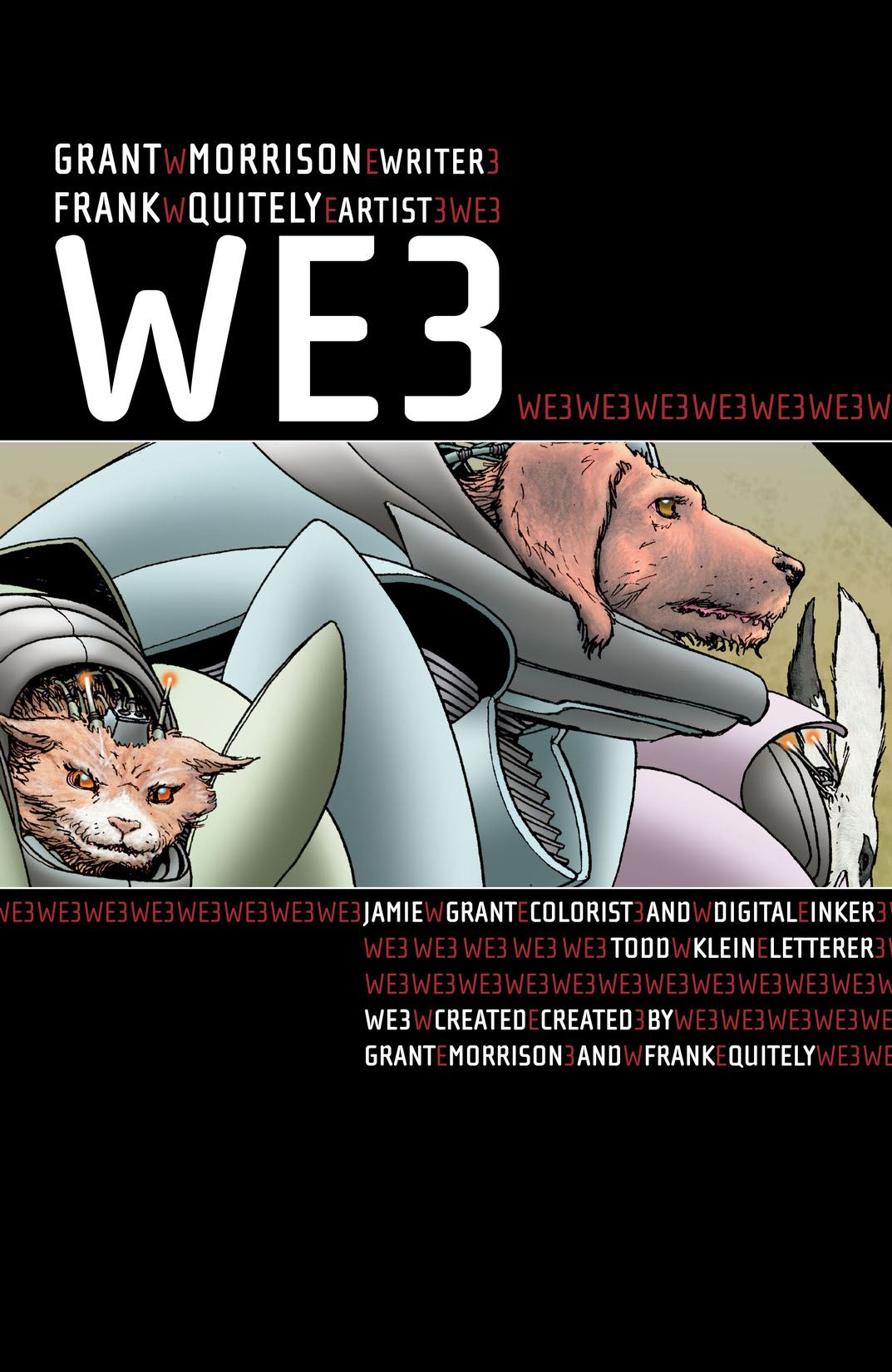 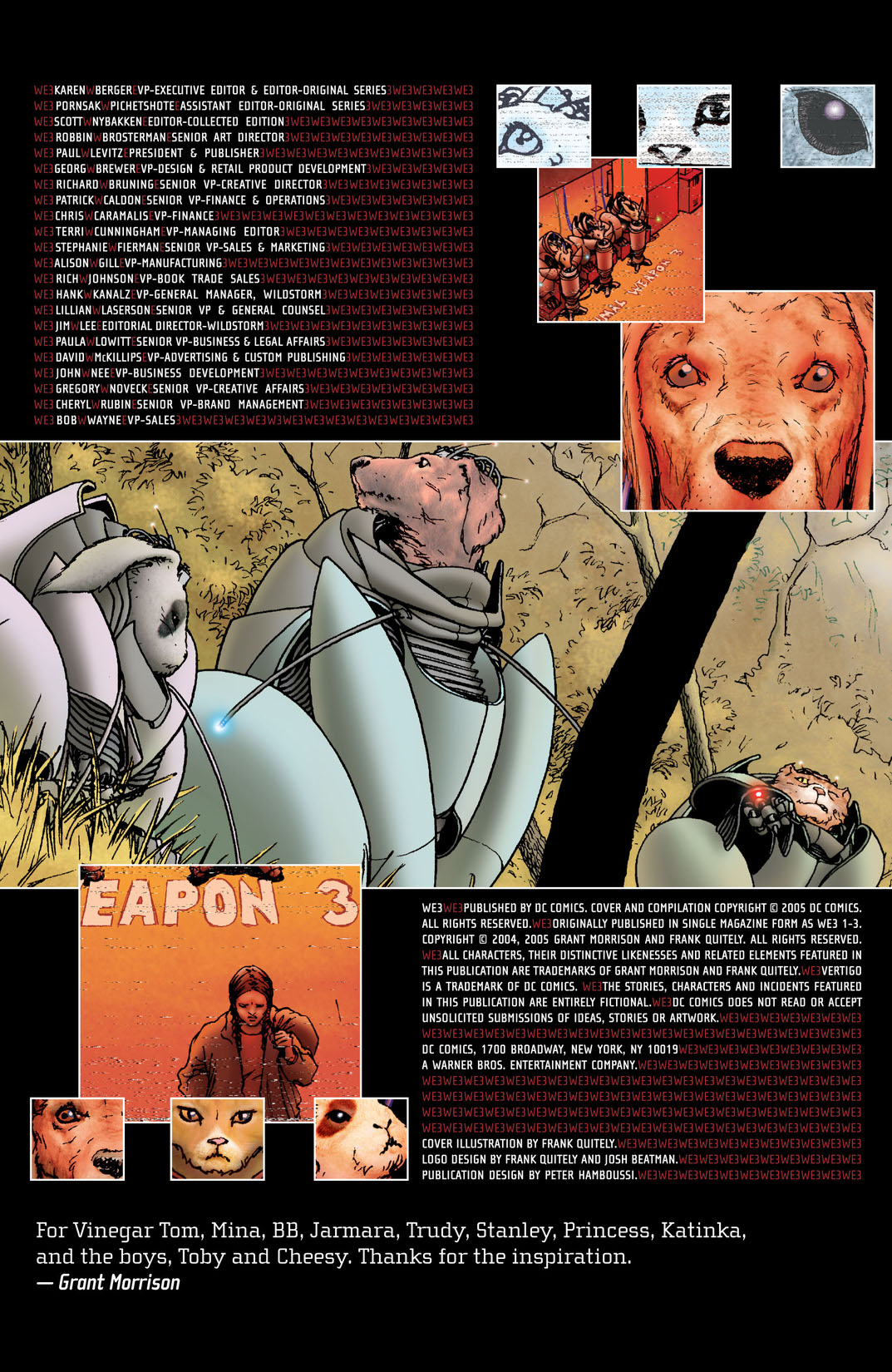 A powerful tale from the ALL-STAR SUPERMAN team of Grant Morrison and Frank Quitely. Morrison and Quitely deliver the emotional journey of WE3—three house pets weaponized for lethal combat by the government—as they search for 'home' and attempt to ward off the shadowy agency that created them. With nervous systems amplified to match their terrifying mechanical exoskeletons, the members of Animal Weapon 3 (WE3) have the firepower of a battalion between them. But they are just the program's prototypes, and now that their testing is complete, they're slated to be permanently decommissioned, causing them to seize their one chance to make a desperate run for freedom. Relentlessly pursued by their makers, the WE3 team must navigate a frightening and confusing world where their instincts and heightened abilities make them as much a threat as those hunting them.