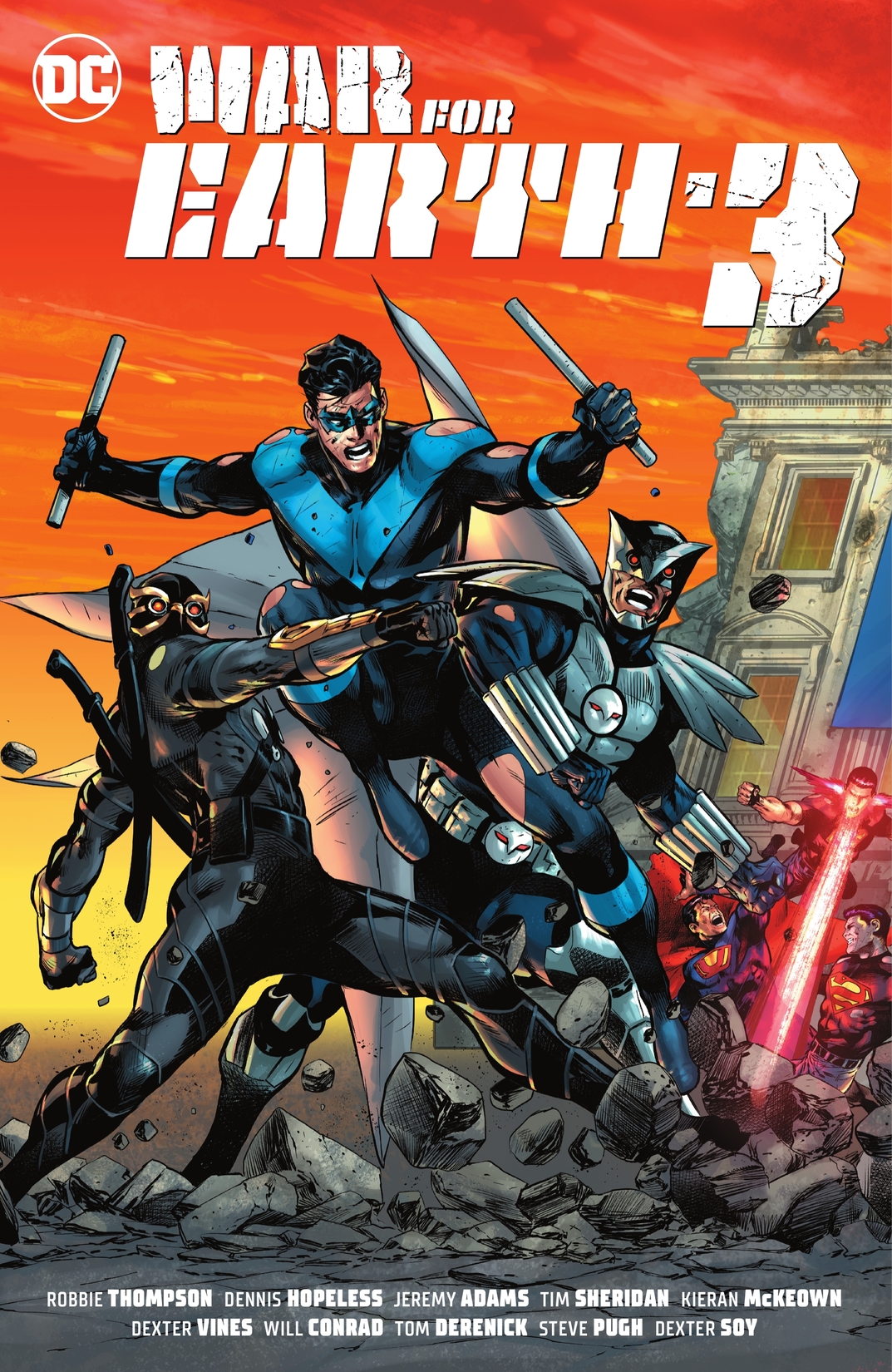 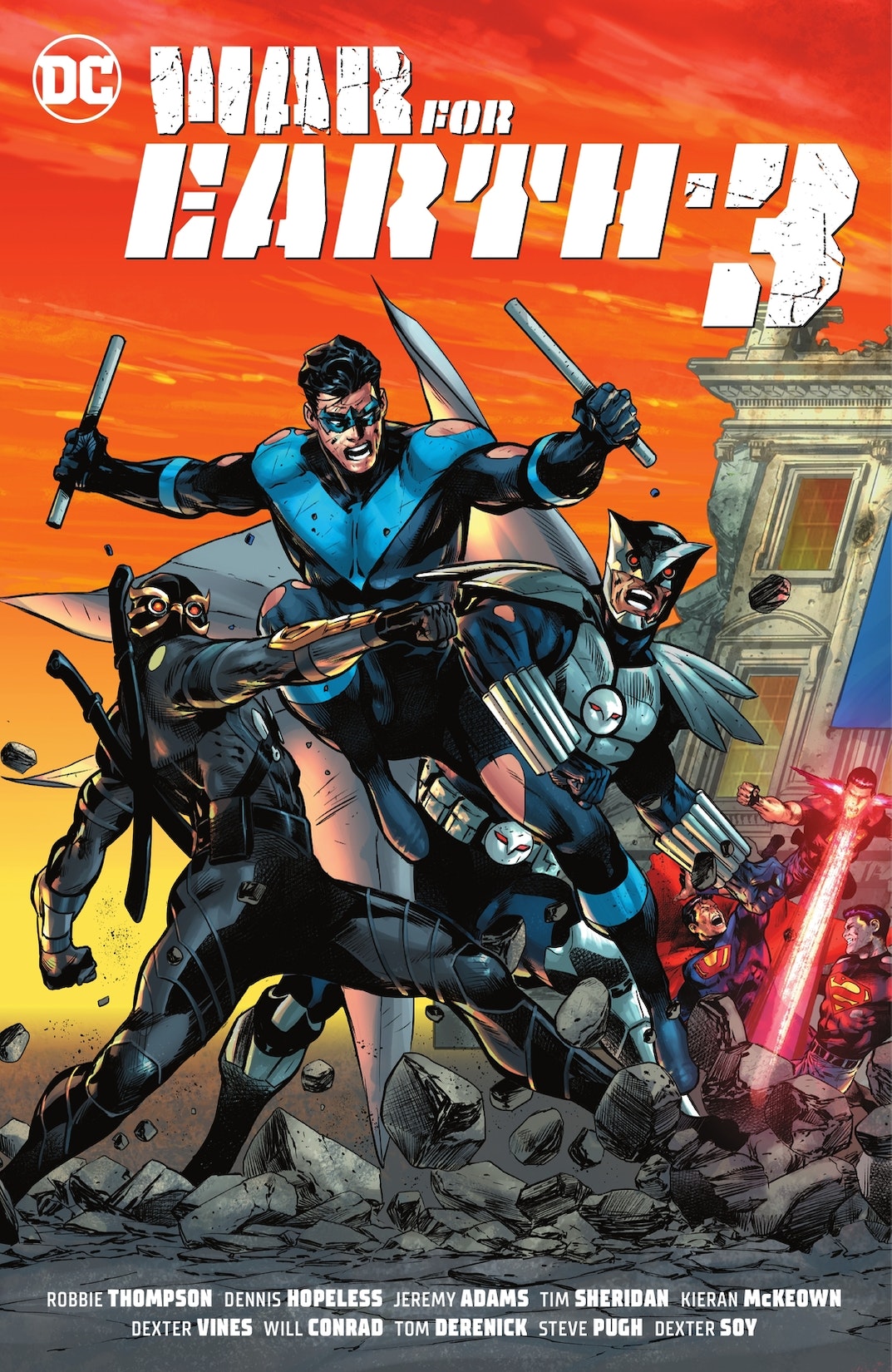 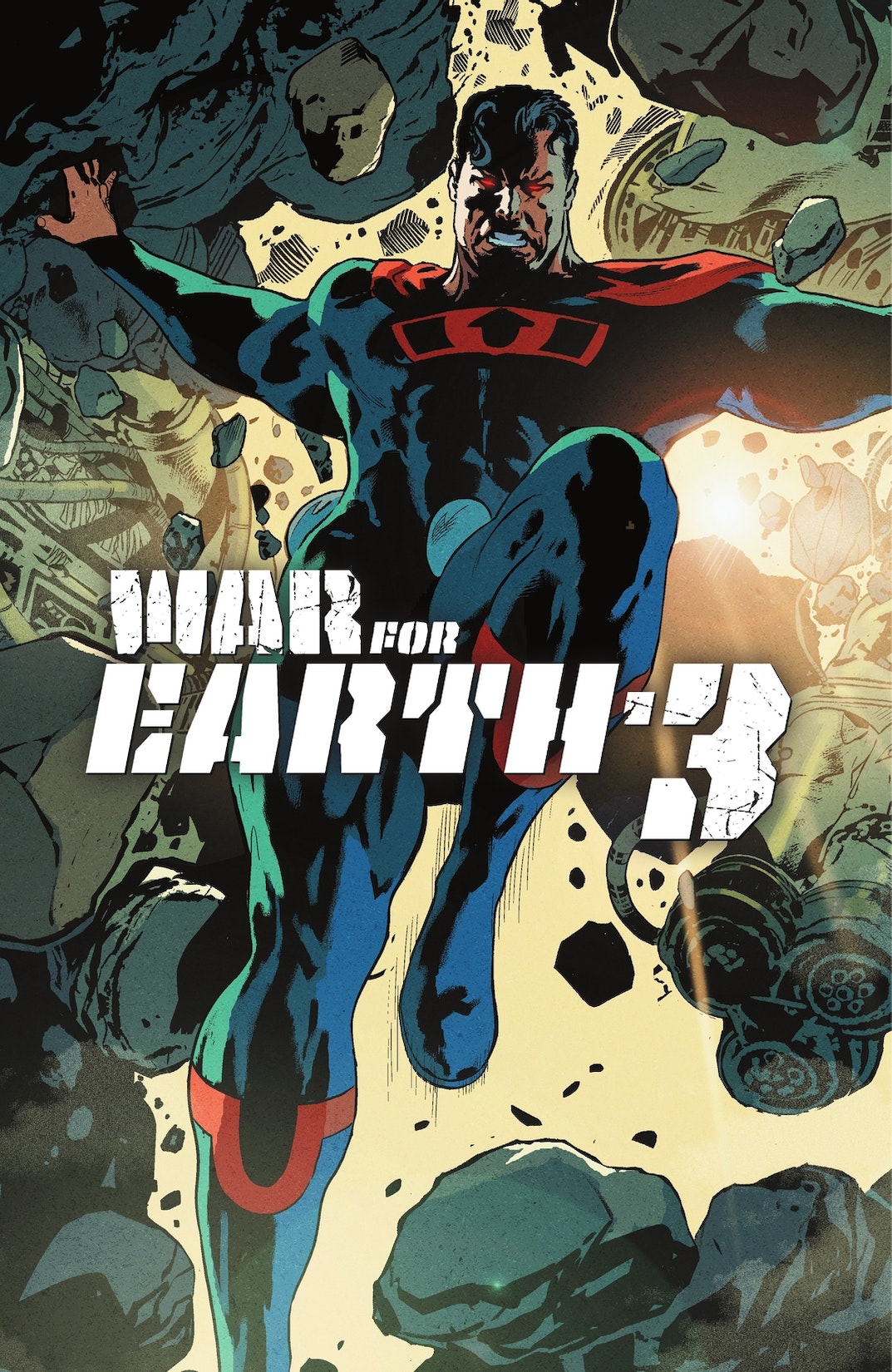 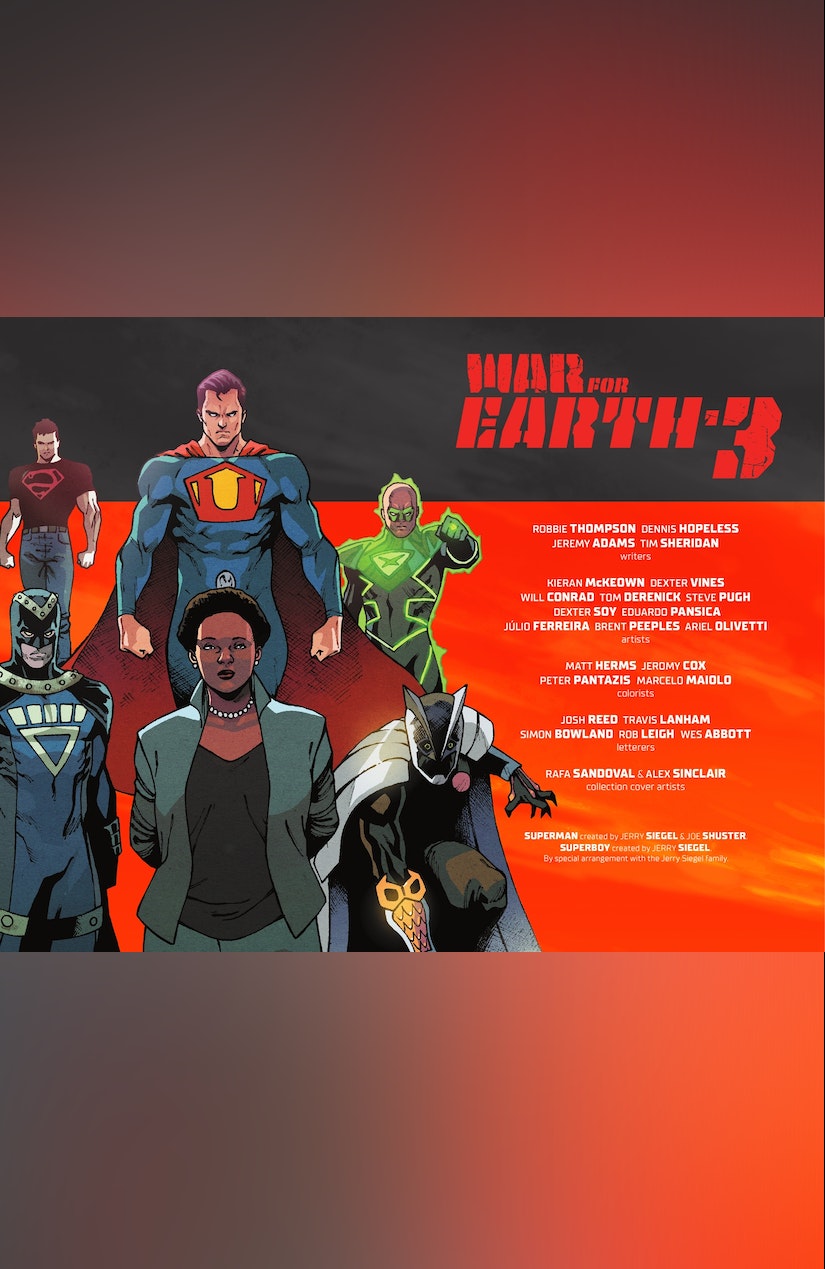 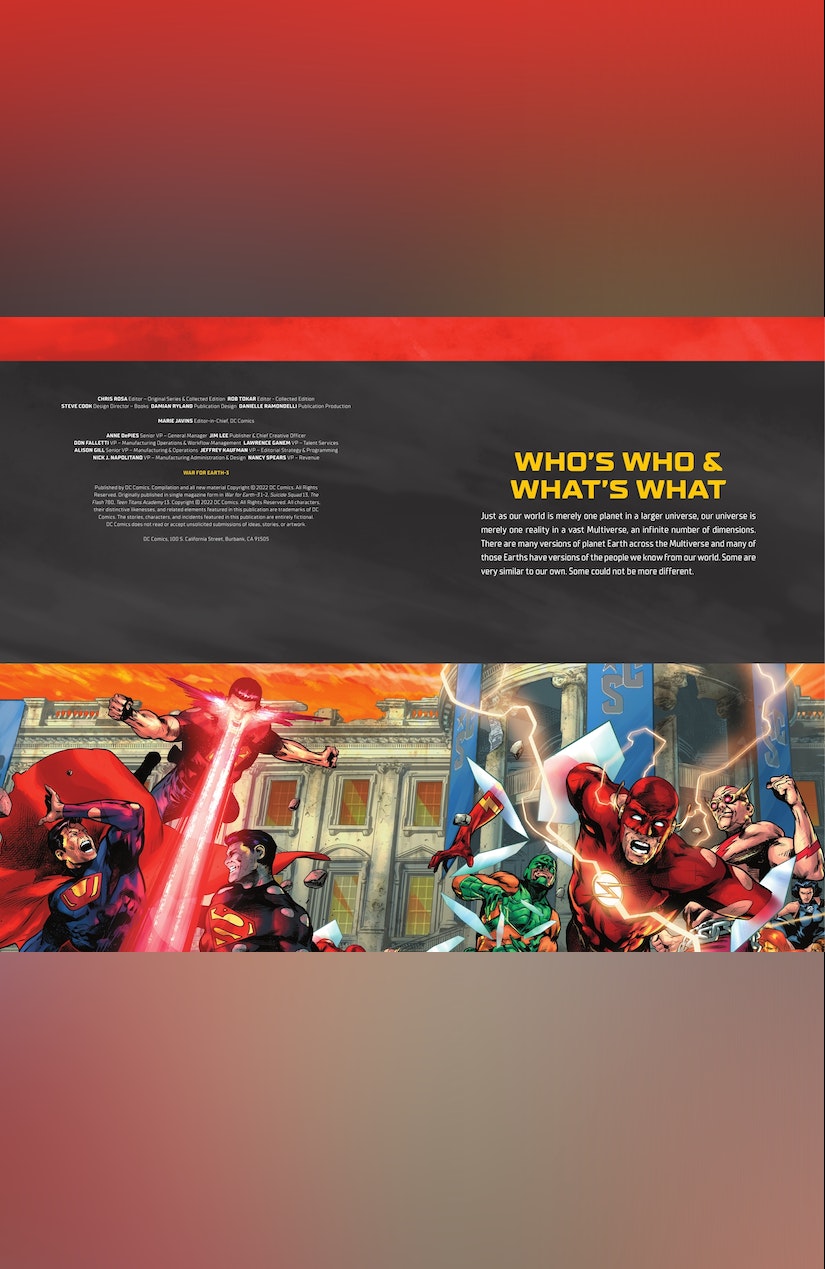 The Teen Titans, the Flash, and the Suicide Squad all collide on Earth-3-home of the evil Crime Syndicate-on the hunt for former Task Force X mastermind Amanda Waller. As Waller tries to take over the alternate Earth and dethrone the evil versions of Superman, Wonder Woman, Batman, and other heroes that rule it, her former partner-Rick Flag-arrives on E-3 bent on making Waller pay for her crimes, while the Titans and Flash hunt for a missing Titans Academy student they believe was kidnapped by Waller to form her mysterious Justice Squad. Collects War for Earth-3 #1-2, Suicide Squad #13, The Flash #780, and Teen Titans Academy #13