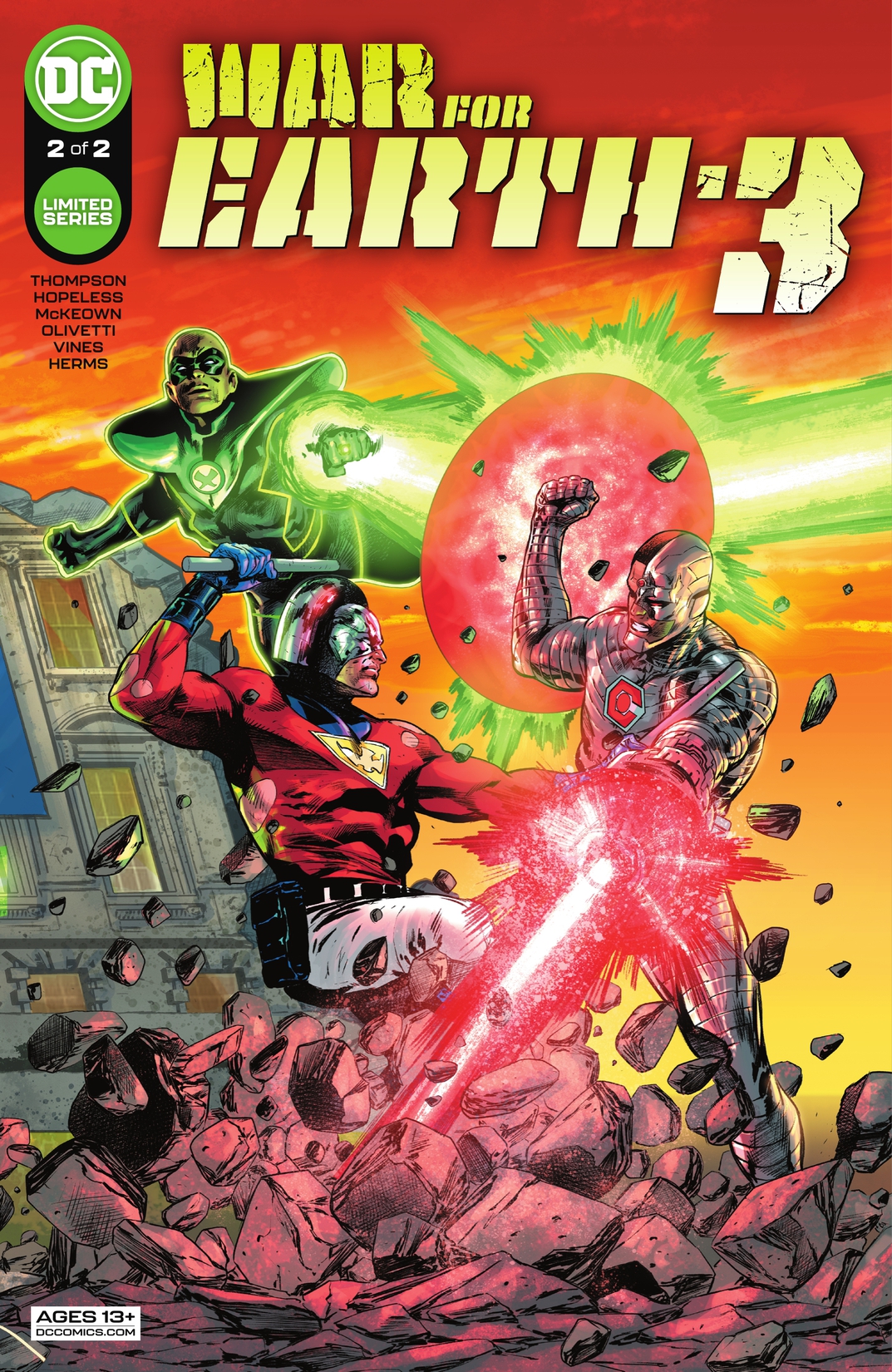 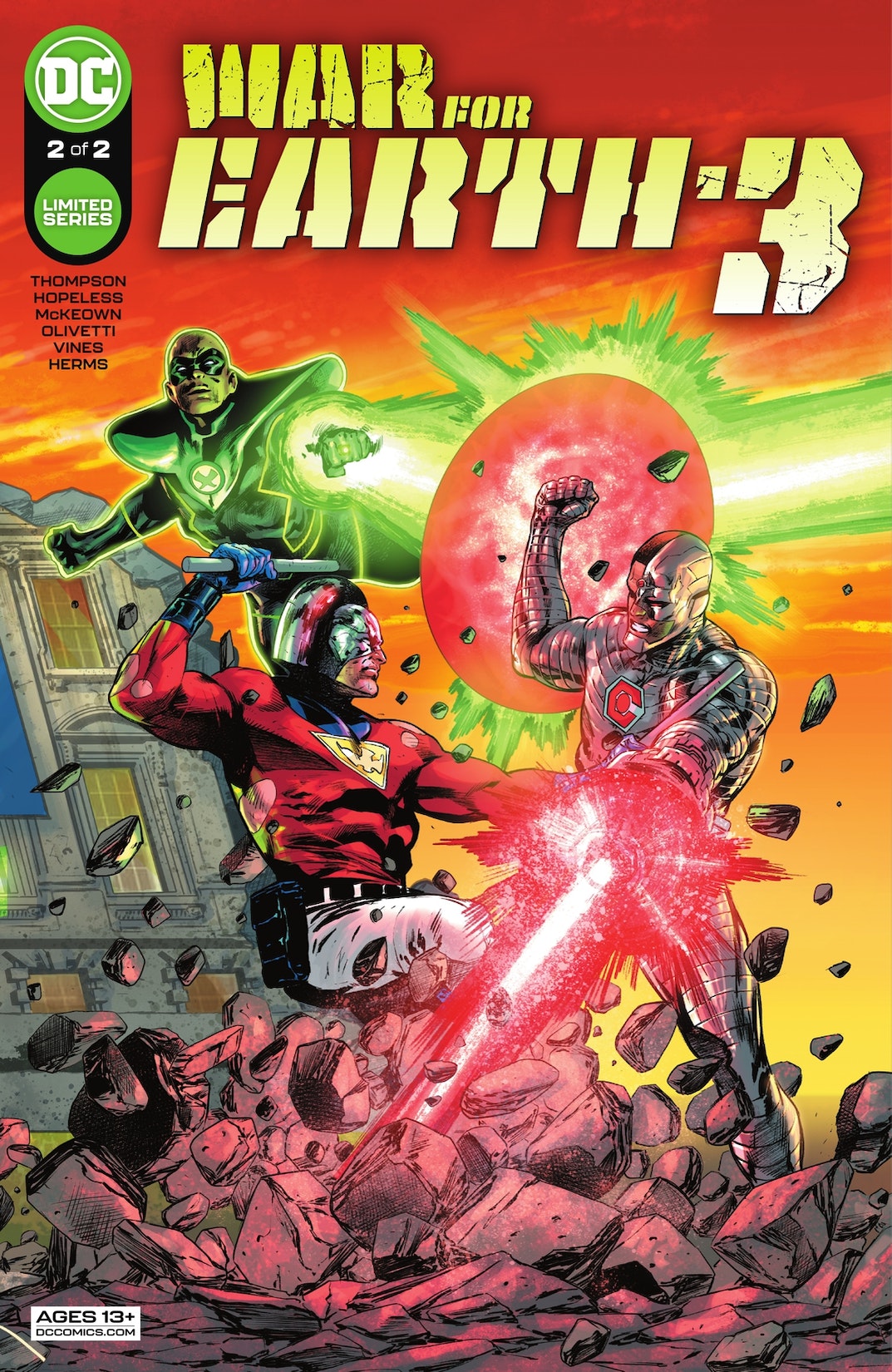 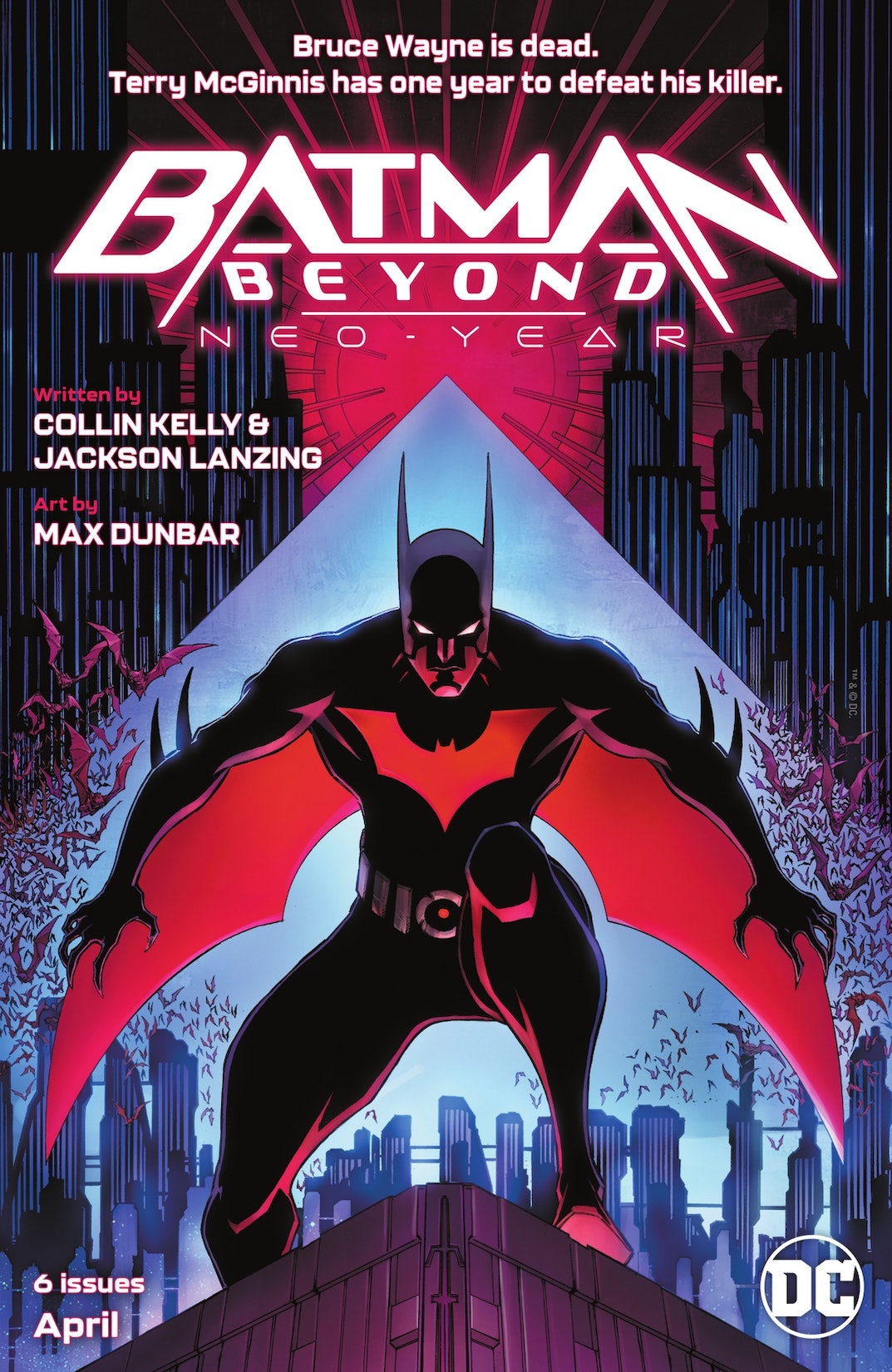 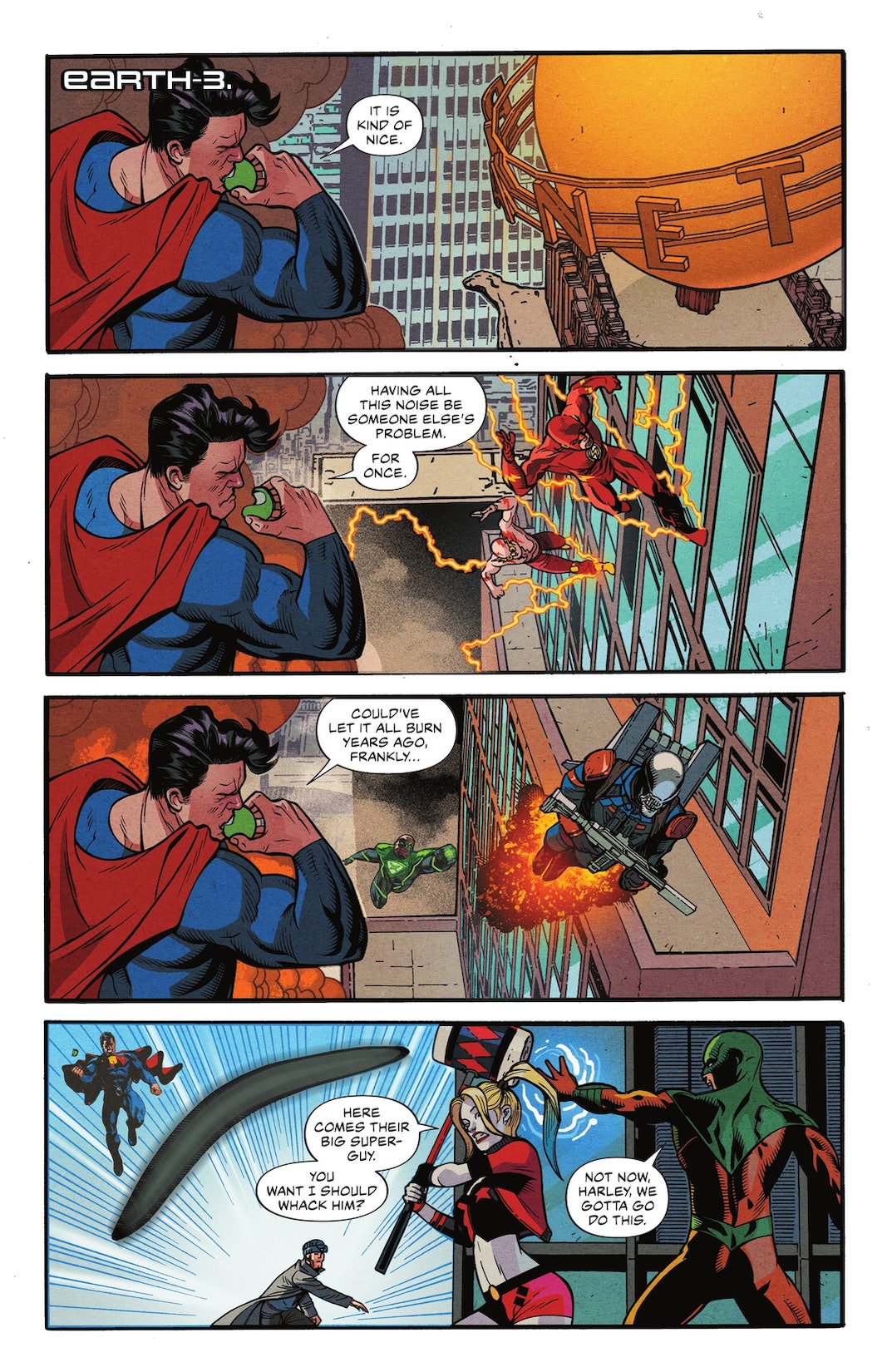 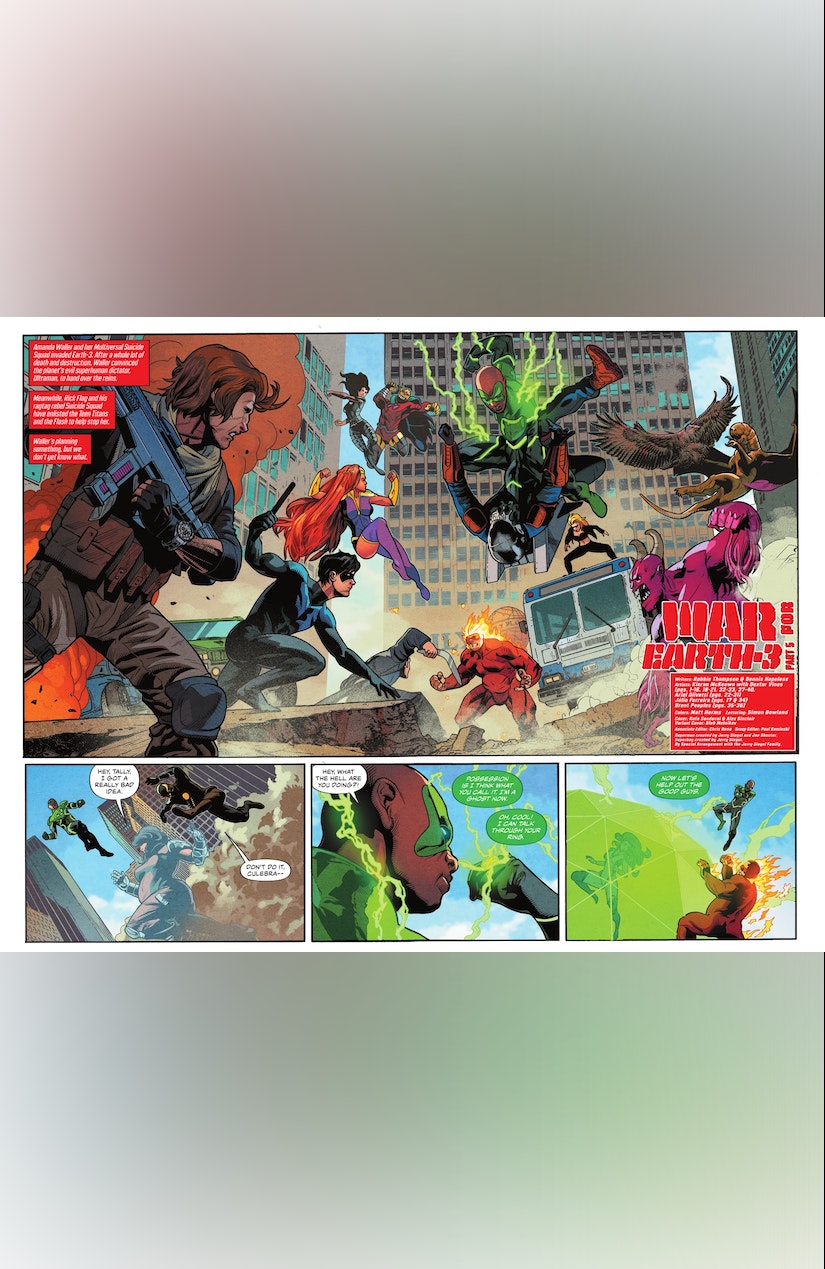 The War for Earth-3 comes to a close as the Crime Syndicate, Teen Titans, the Flash, and Suicide Squad all battle in one final conflict that decides who lives, who dies, who makes it back home, and who’s left stranded on Earth-3. With the Justice Squad’s plan to take over the alternate Earth and claim it as their own, the heroes of the Teen Titans and conscripted members of Rick Flag’s Suicide Squad must finally work together...but have they waited too long to stop Amanda Waller?