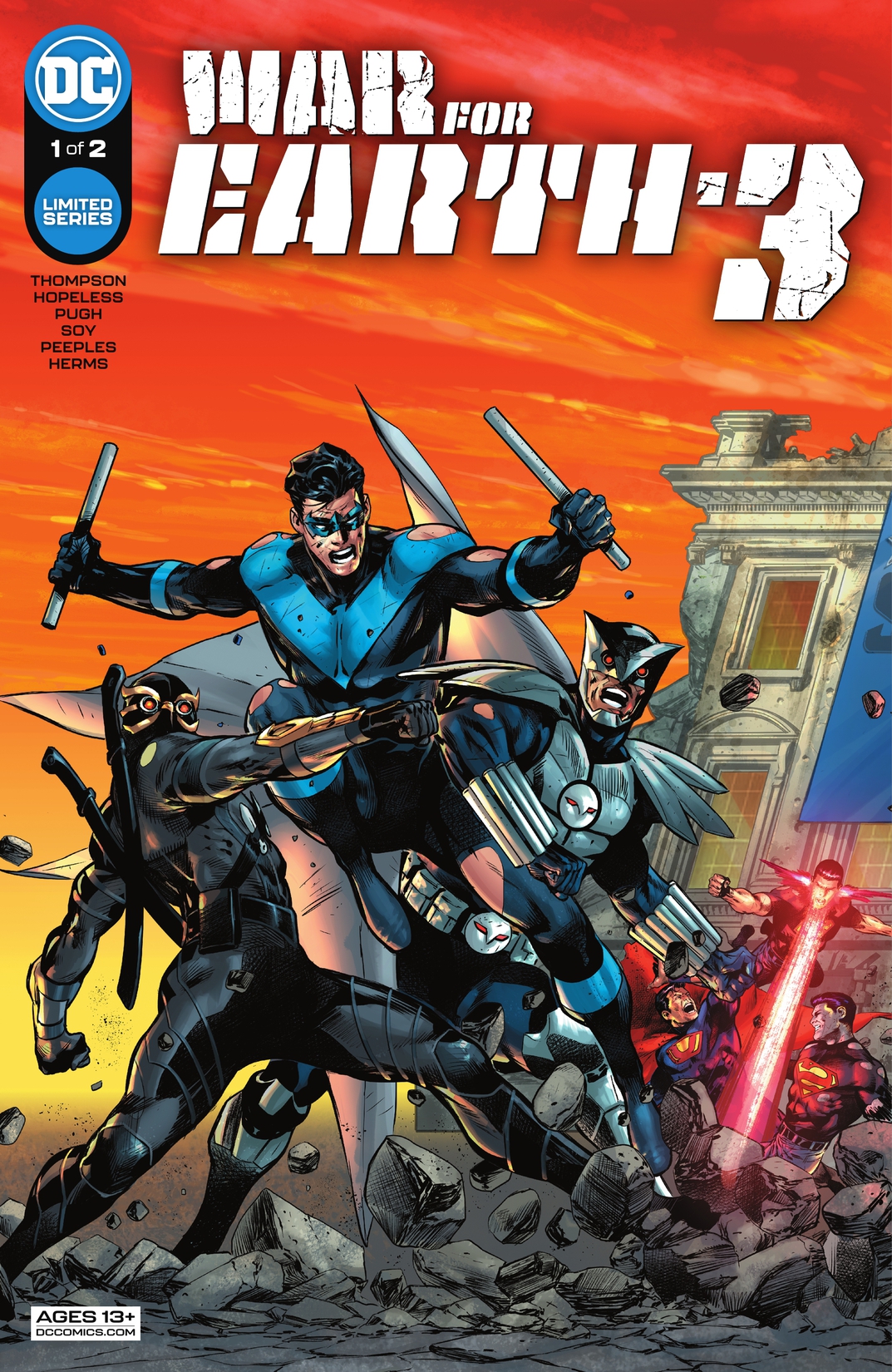 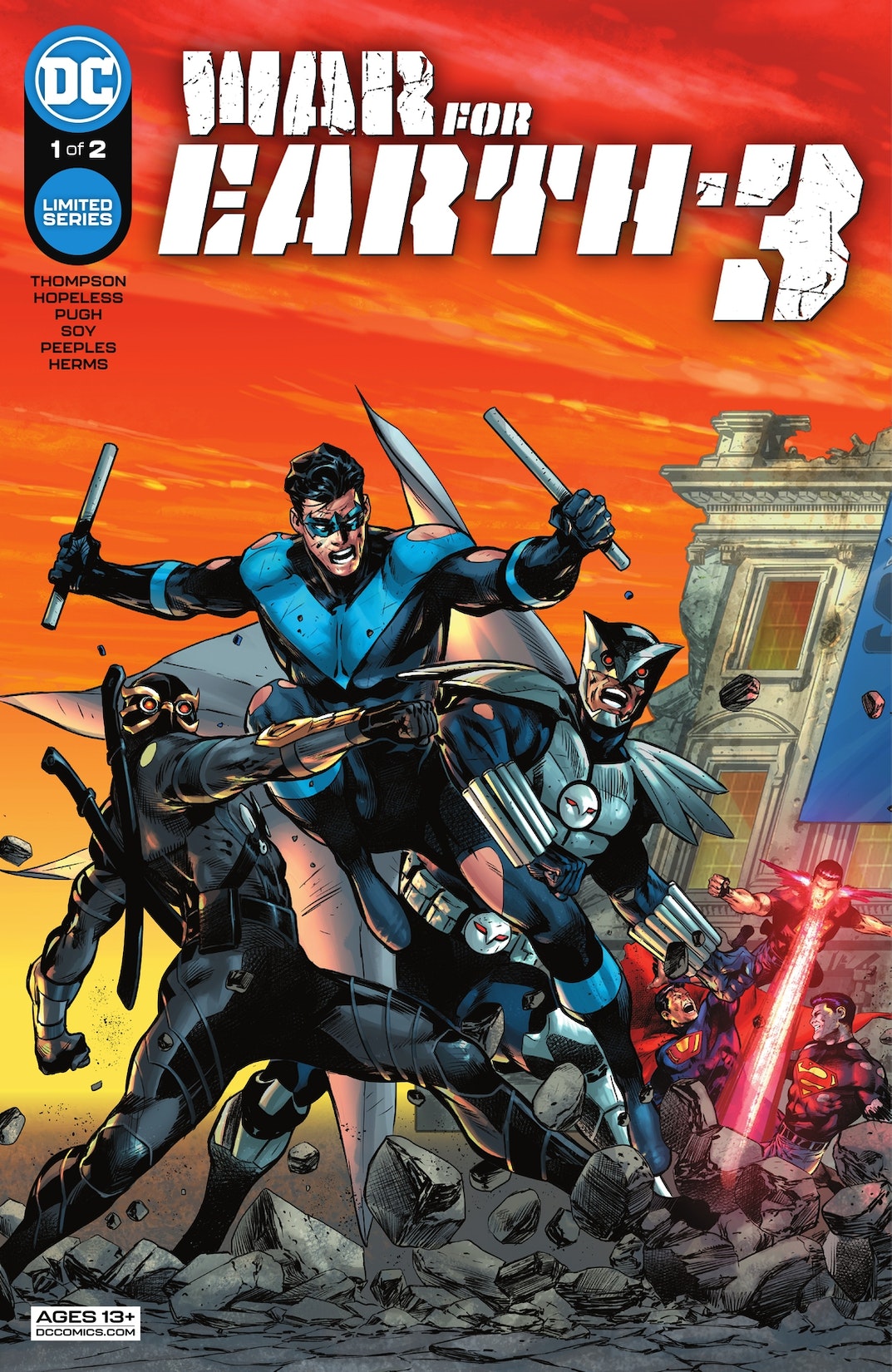 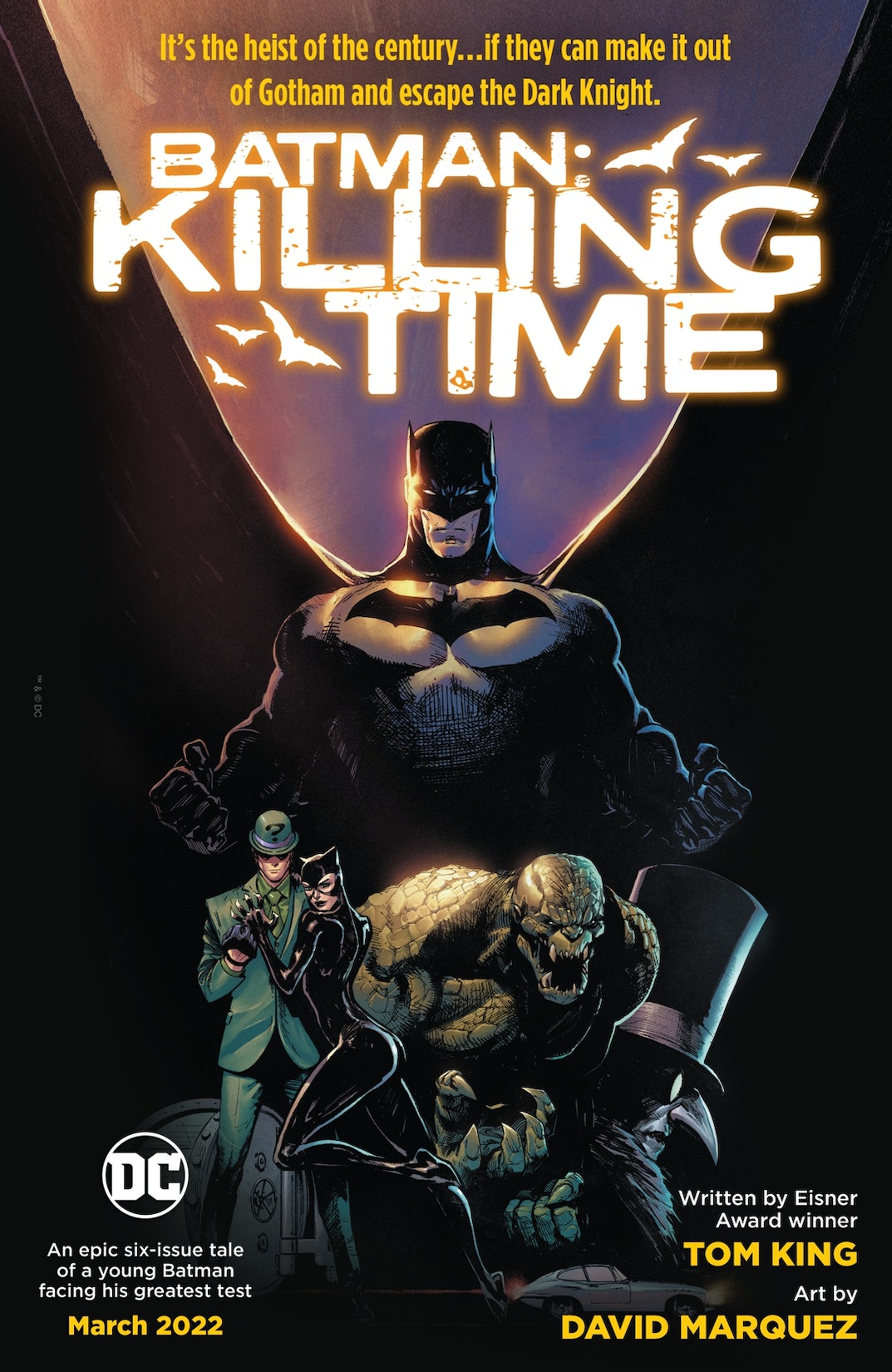 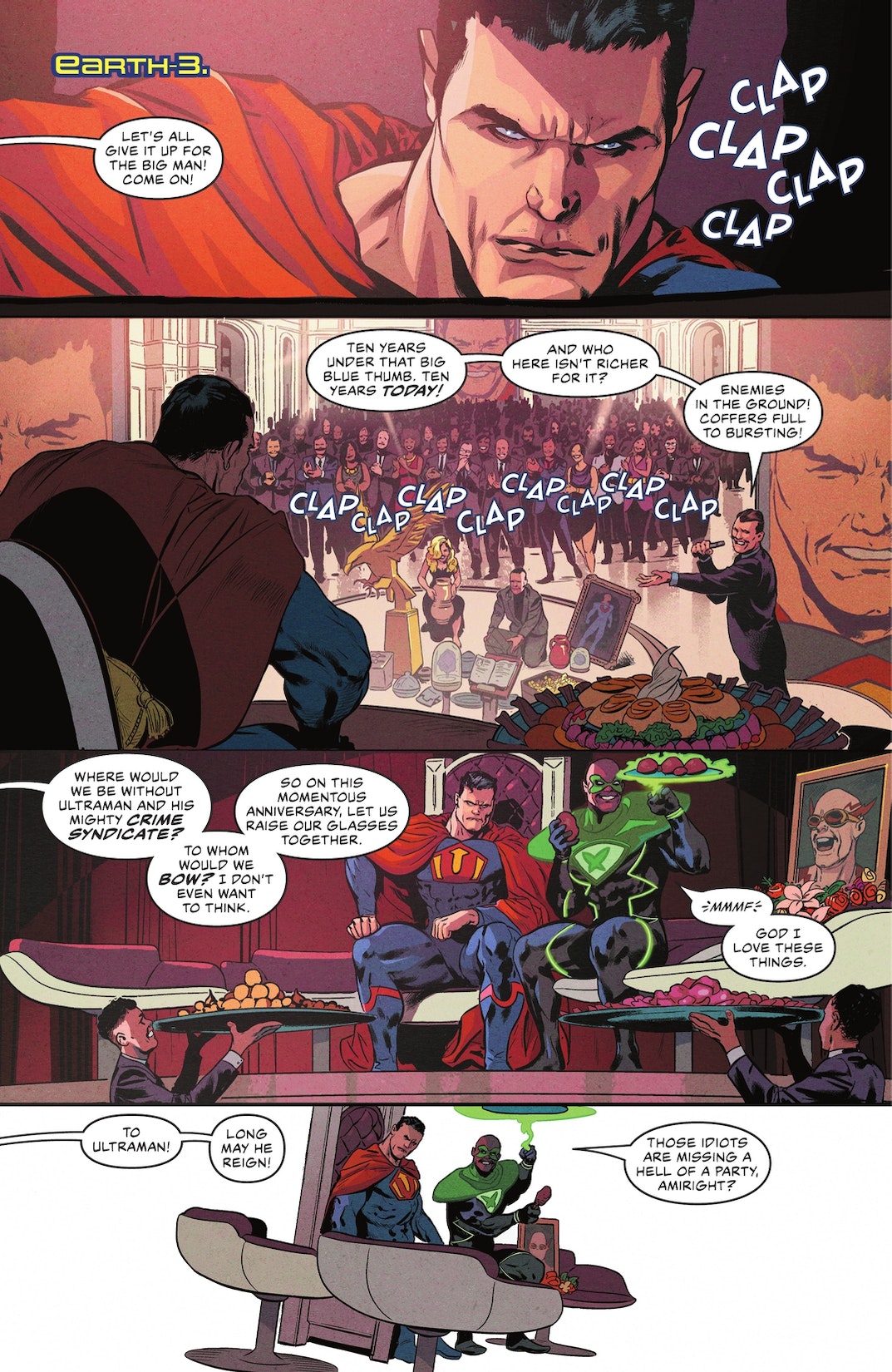 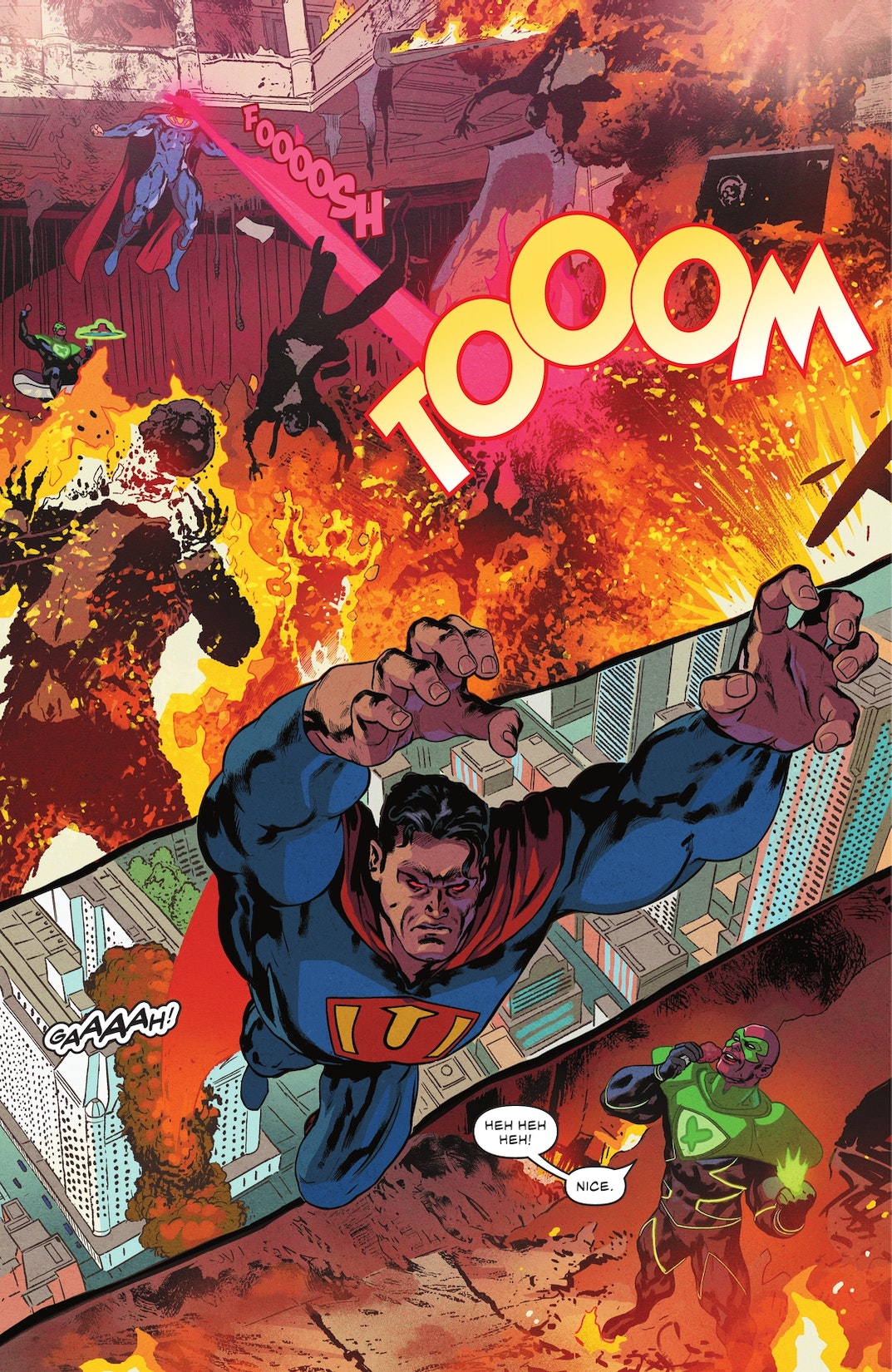 The Teen Titans, the Flash and the Suicide Squad all collide on Earth-3-home of the evil Crime Syndicate-on the hunt for former Task Force X mastermind Amanda Waller. As Waller tries to take over the alternate Earth and dethrone evil versions of Superman, Wonder Woman, Batman, and other heroes that rule it, her former partner-Rick Flag-arrives on E-3 bent on making Waller pay for her crimes, while the Titans and Flash hunt for a missing academy student they believe was kidnapped by Waller to form her mysterious Justice Squad.