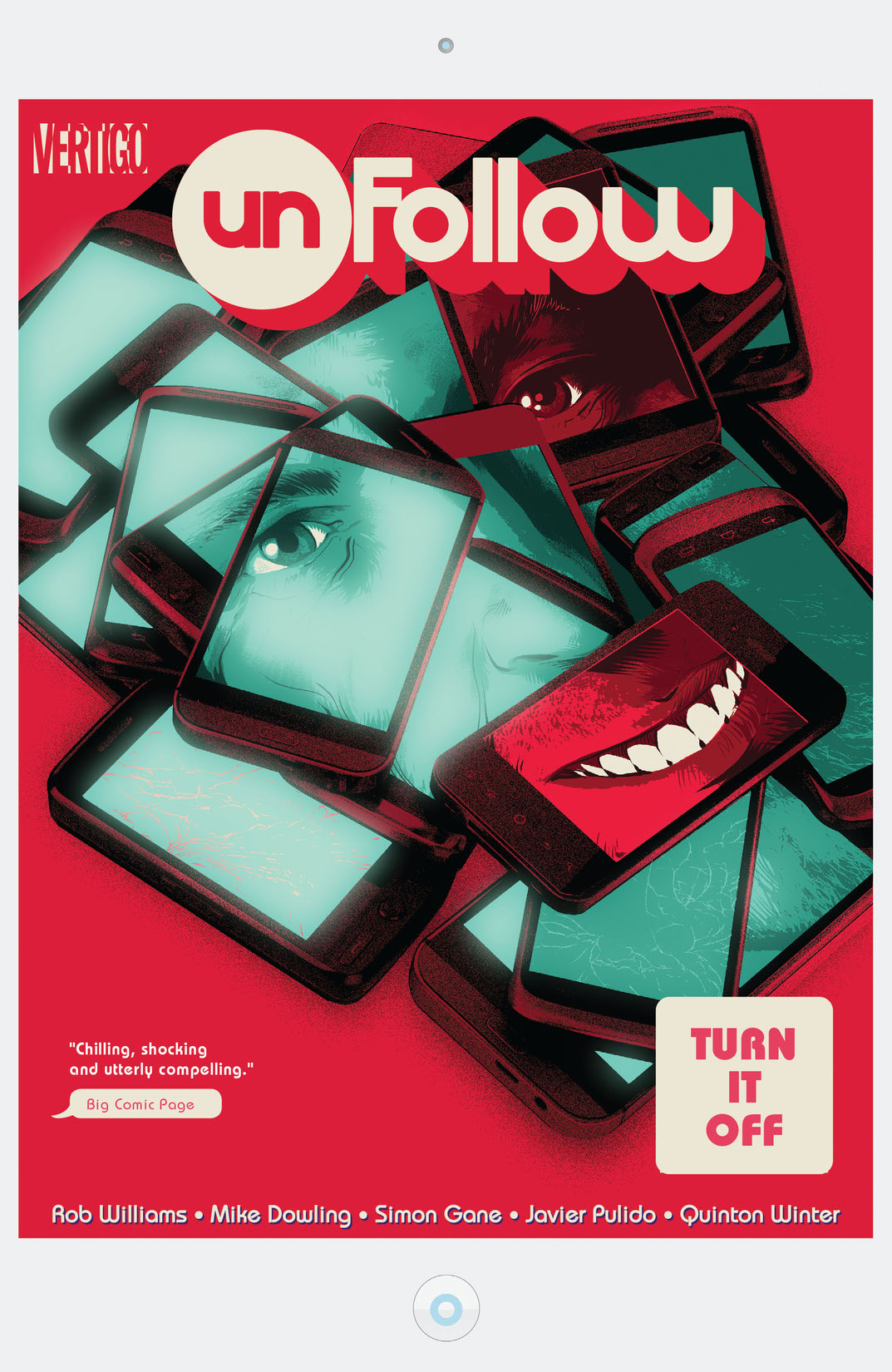 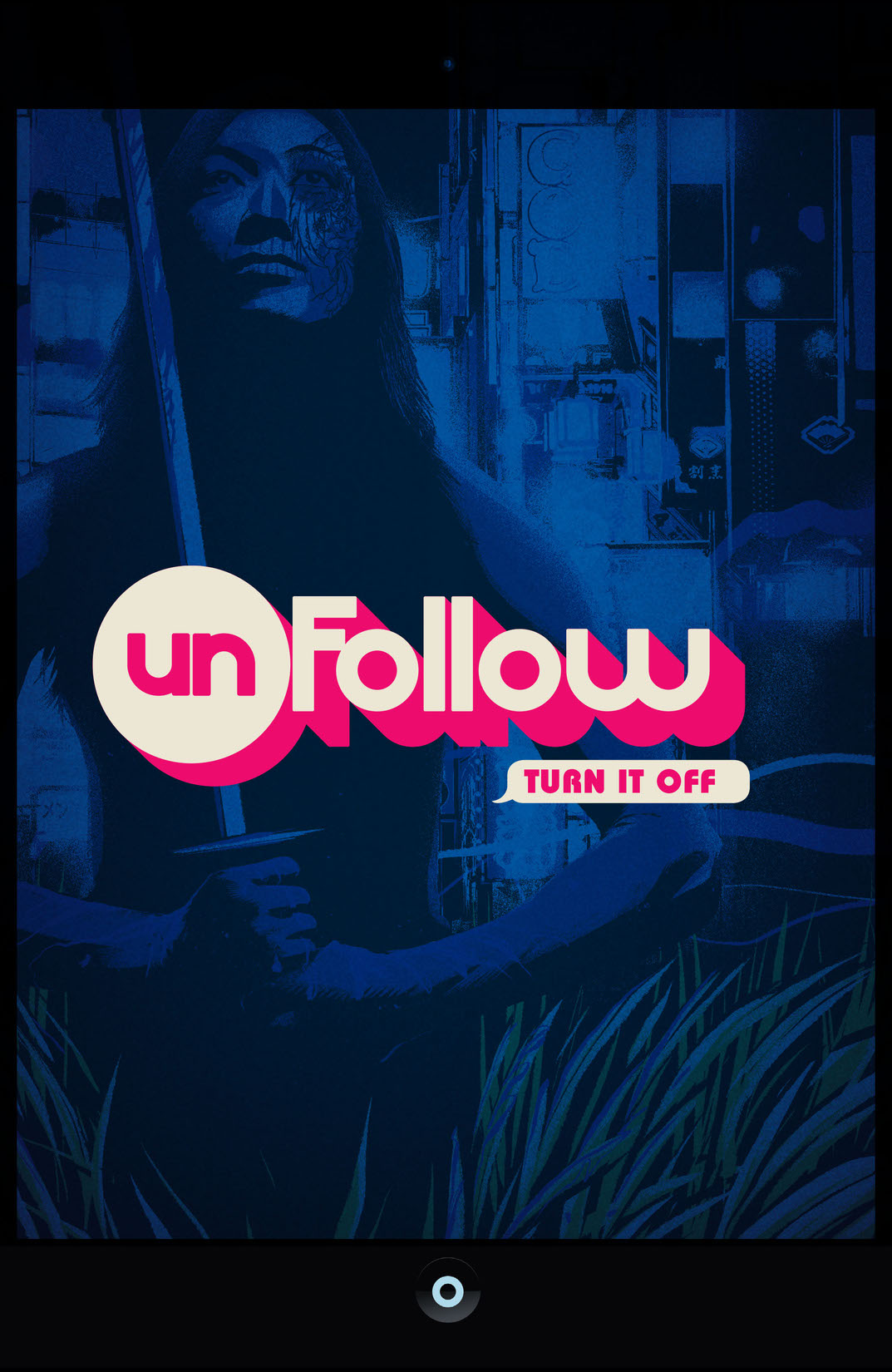 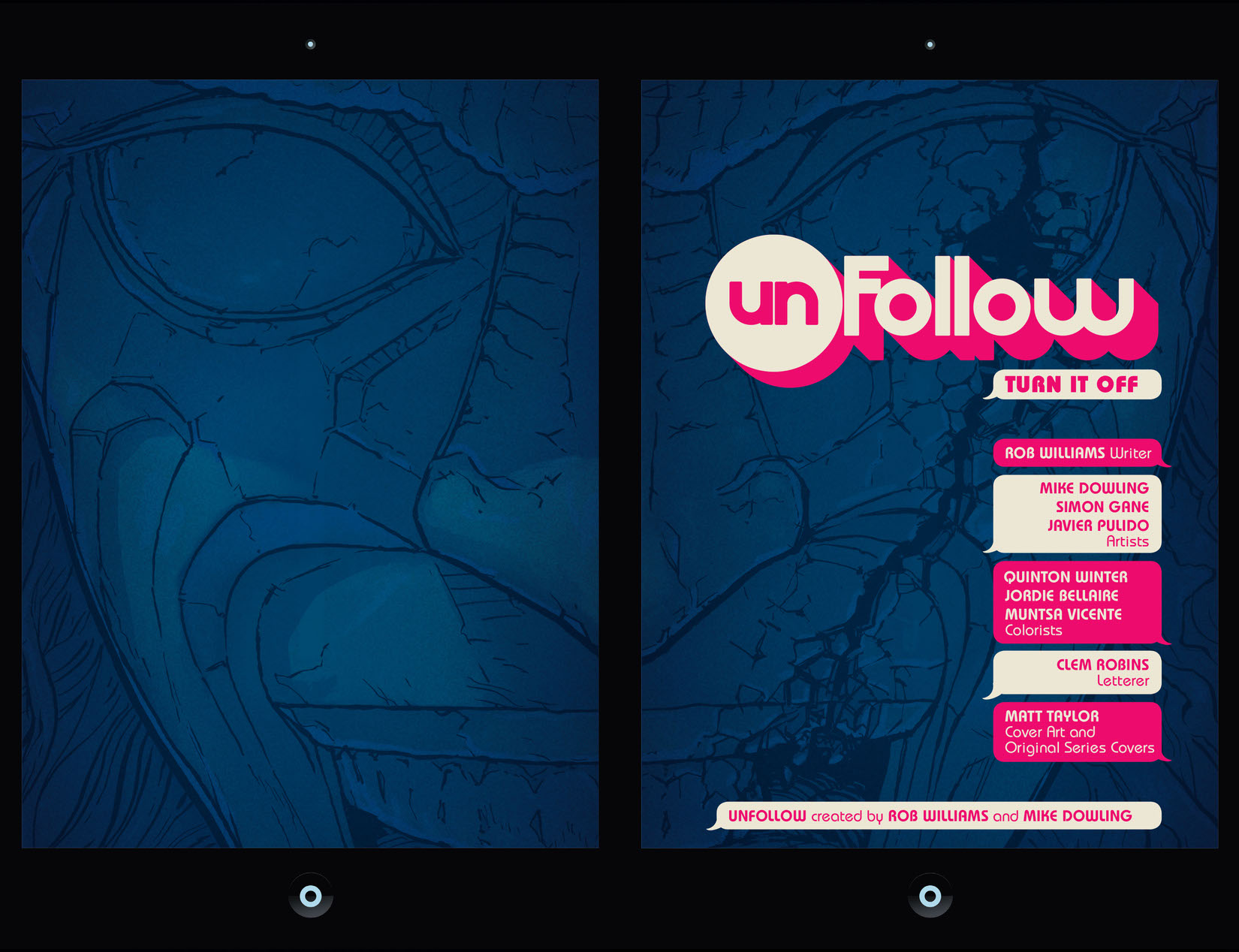 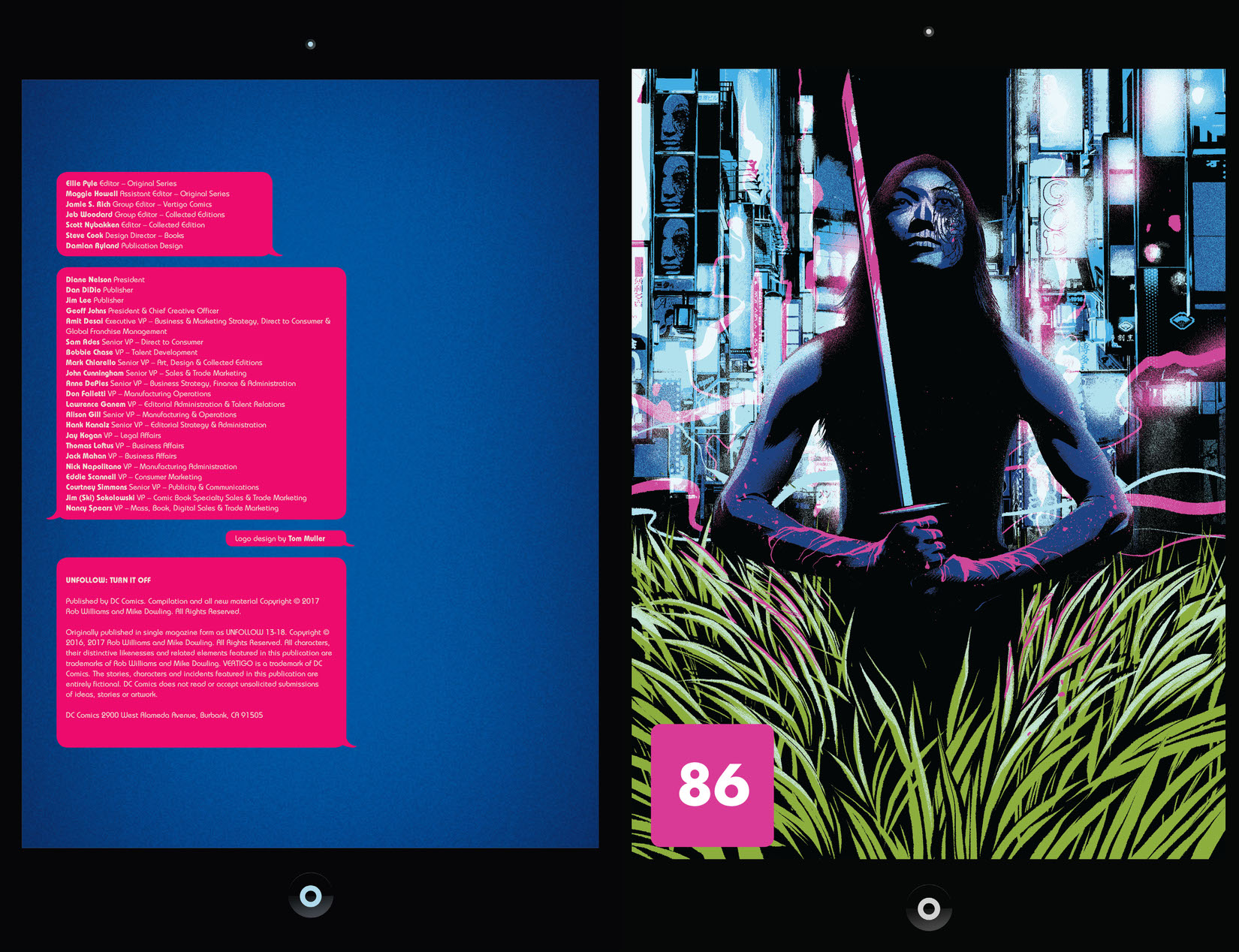 Writer Rob Williams and artist Michael Dowling are joined by guest artists Simon Gane and Javier Pulido to bring their provocative take on social networking to its shocking conclusion in UNFOLLOW VOL. 3: TURN IT OFF. When Internet billionaire Larry Ferrell announced that he was giving away his entire fortune to 140 random users of his Headspace app, it seemed like a dream come true. But for the people who were chosen, it soon became a nightmare. Ferrell’s only condition was that if any of the 140 died, their share of the money would be immediately redistributed to those left alive. The result was carnage. The survivors—both hunters and hunted alike—scattered across the globe. Some went into hiding, some sought protection from mercenaries, and many found sanctuary in cult author Akira’s secure compound on Yakushima Island. But Akira’s haven became a hell on Earth when the half-sane artist unveiled his own death-fueled plan for digital immortality. In the fiery aftermath, his posthumous Akira app is poised to steal the world’s attention away from Ferrell’s 140 experiment. Now, two competing visions for the planet’s future are about to go to war—and the last of Ferrell’s unlucky winners are trapped between them. After a final bloody showdown in the jungle, the ultimate social media alpha will be revealed—but will any of the 140 escape? And if so, what kind of world will they return to? Collects issues #13-18 of the acclaimed Vertigo series.