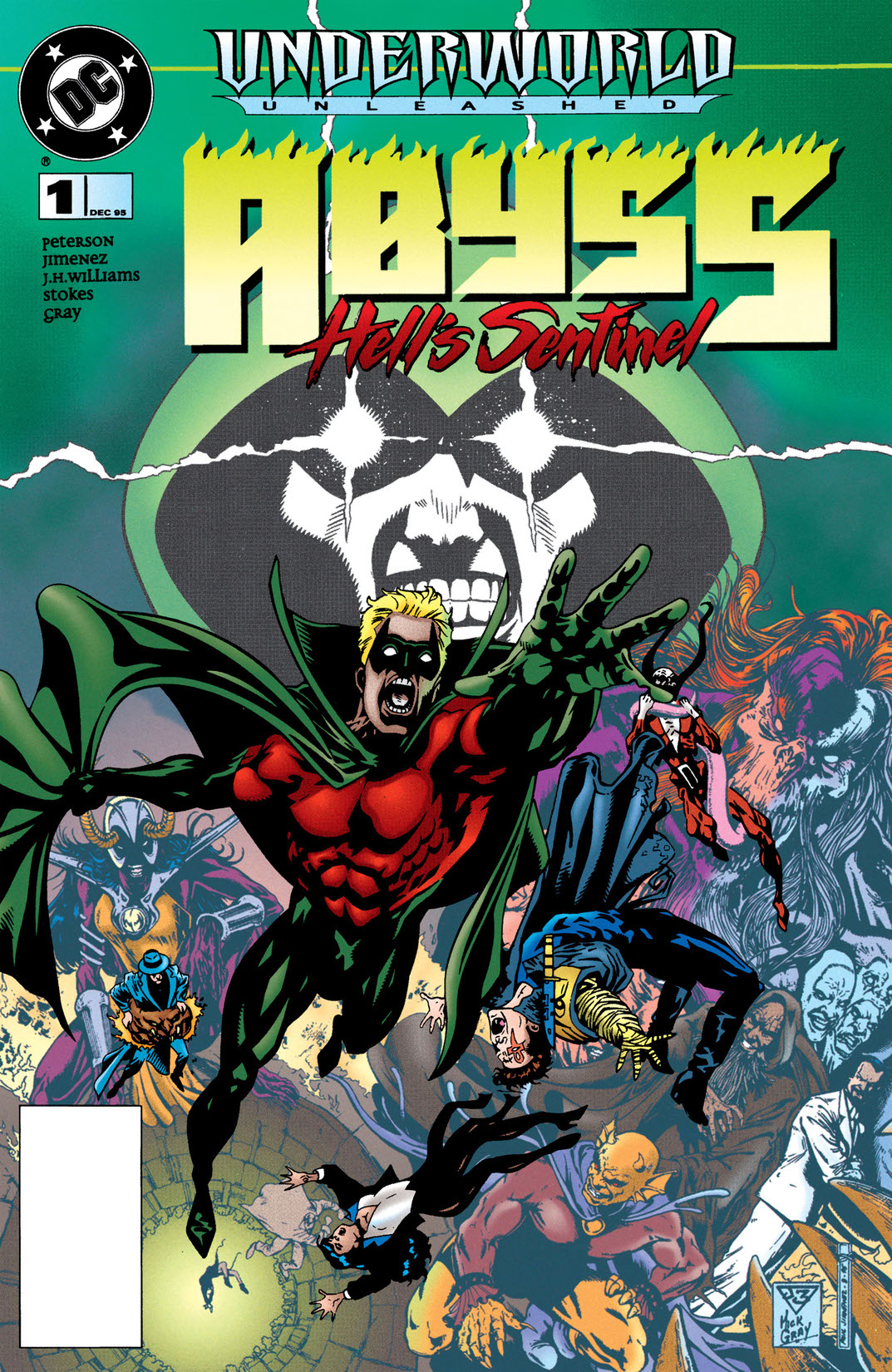 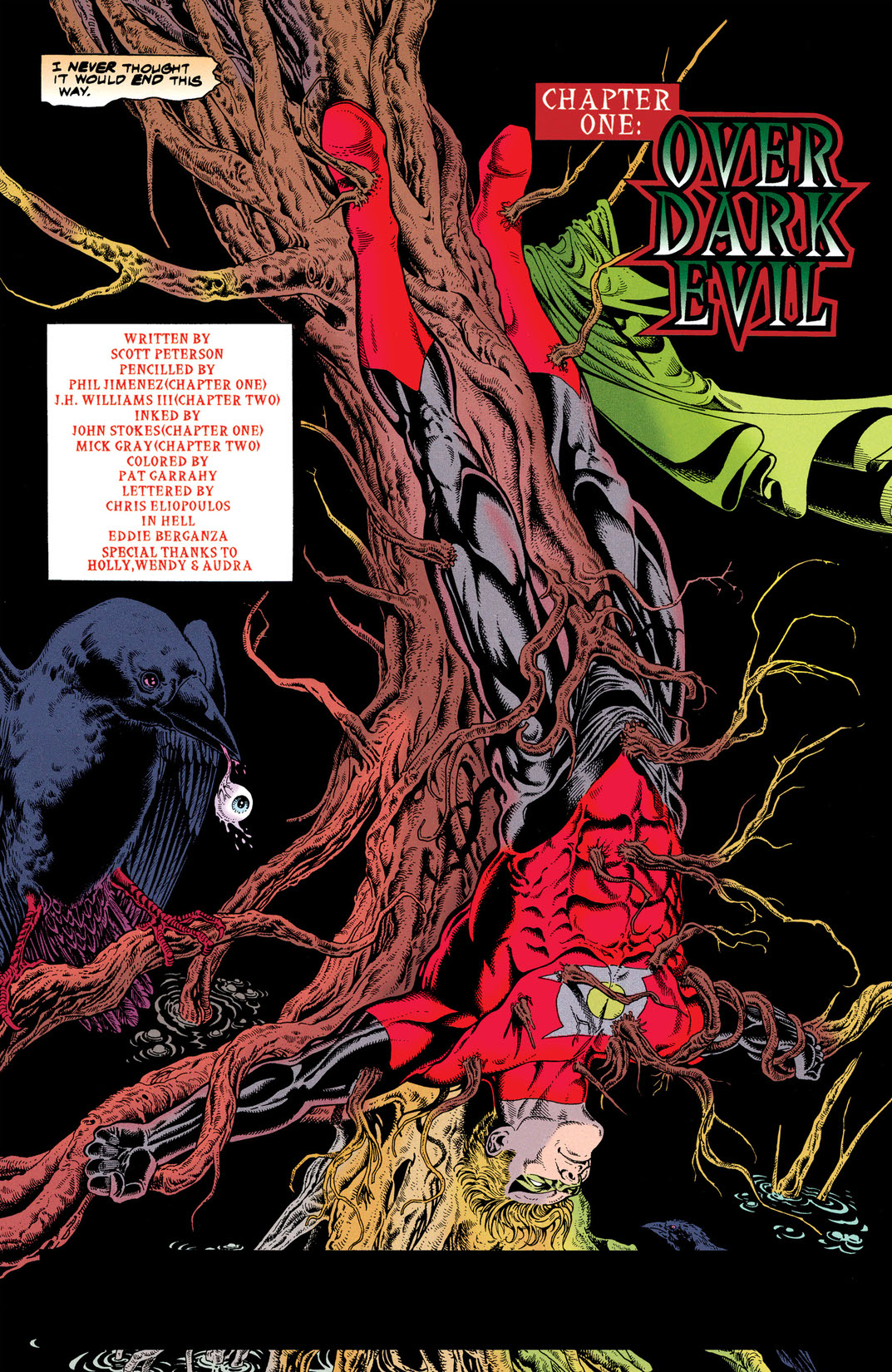 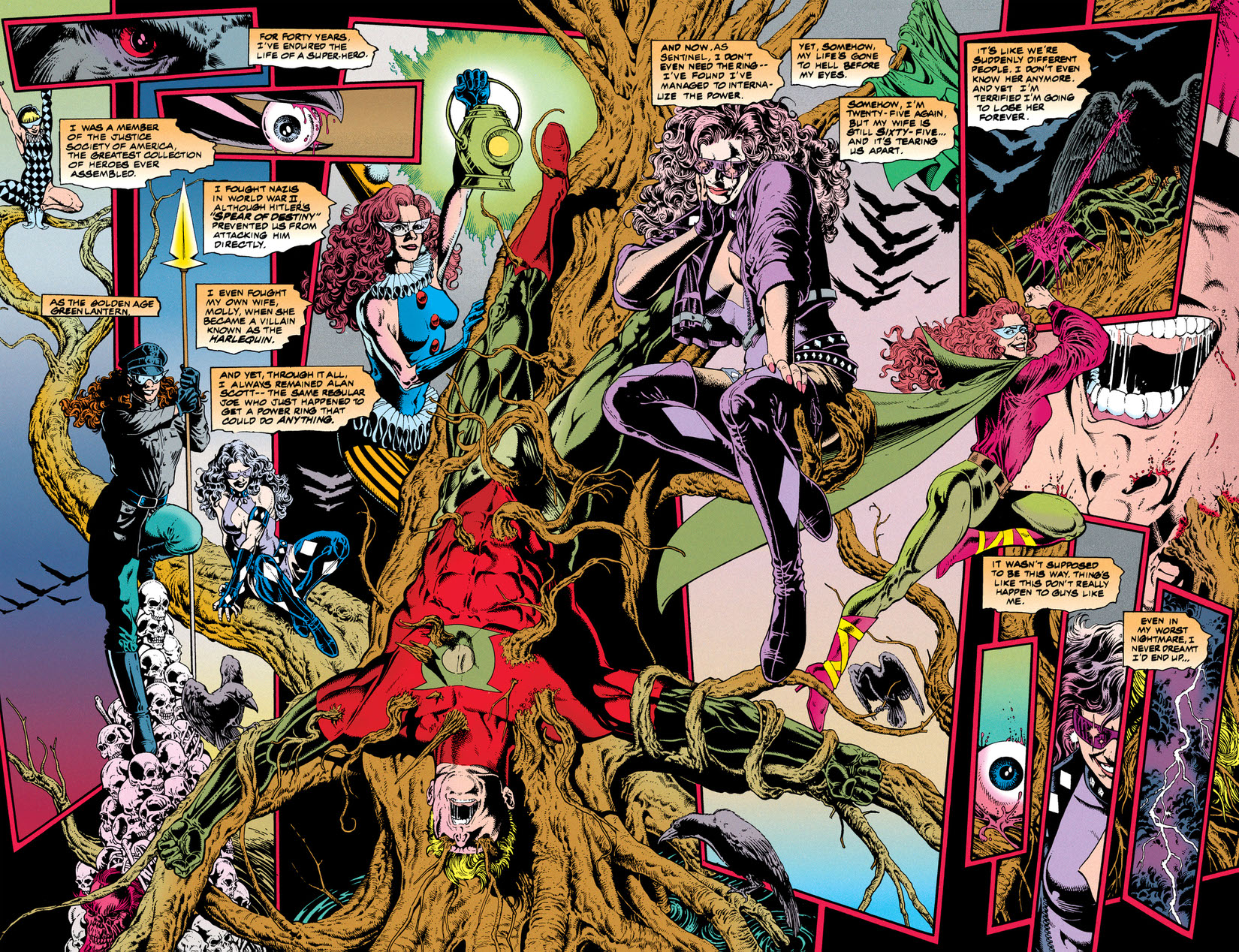 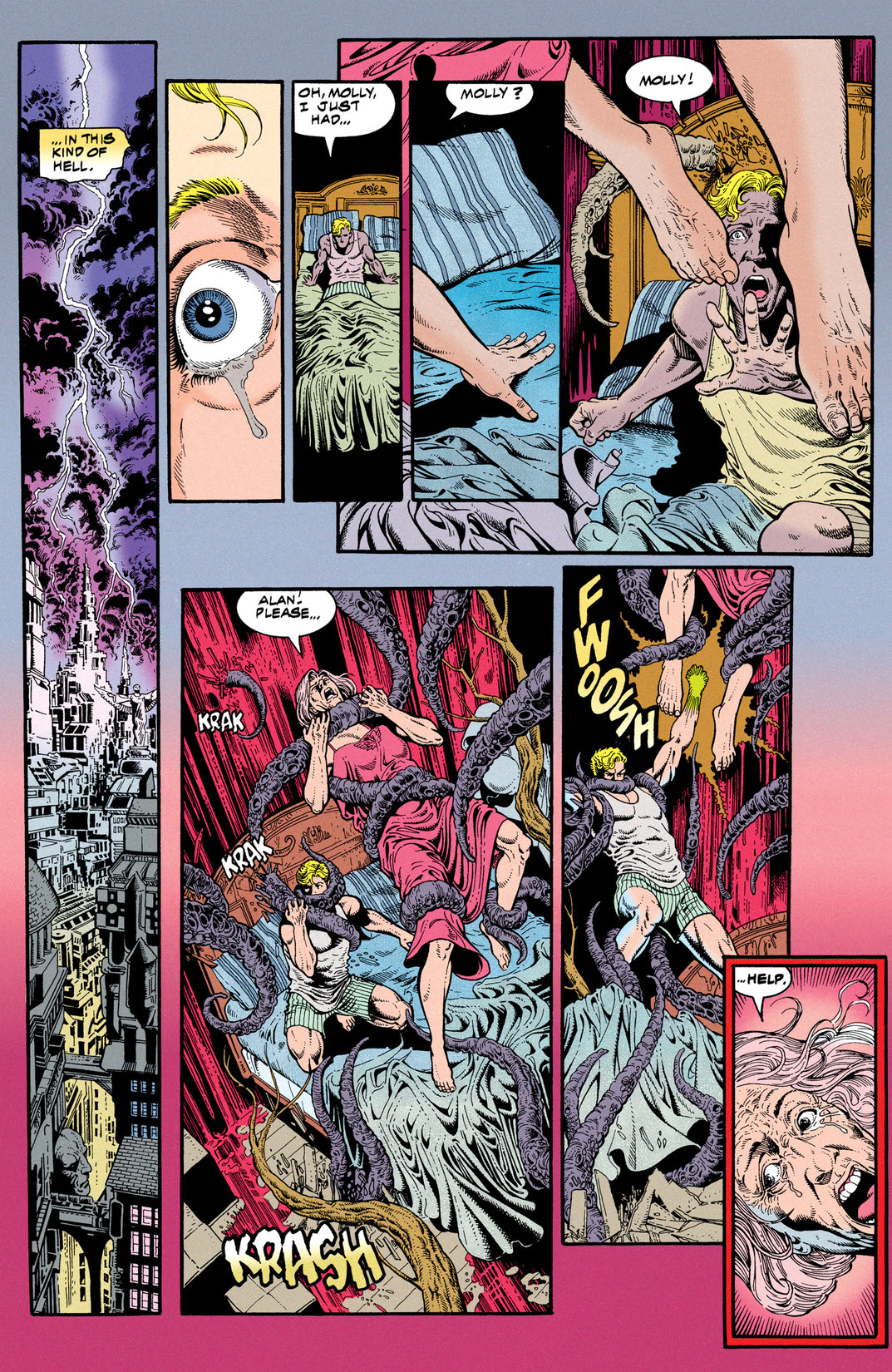 A secret struggle for magical supremacy is fought in this UNDERWORLD UNLEASHED one-shot! Accompanied by the Spectre, Fate, the Phantom Stranger, Deadman and Zatanna, Sentinel (former Golden Age Green Lantern Alan Scott) braves the darkest depths of the Abyss to save the soul of his wife. The quest leads the heroes into a trap created by the Neron-supercharged Satannus and Blaze, who pit the heroes against Etrigan the Demon, Dementor, Tannarak and Blackbriar Thorn.